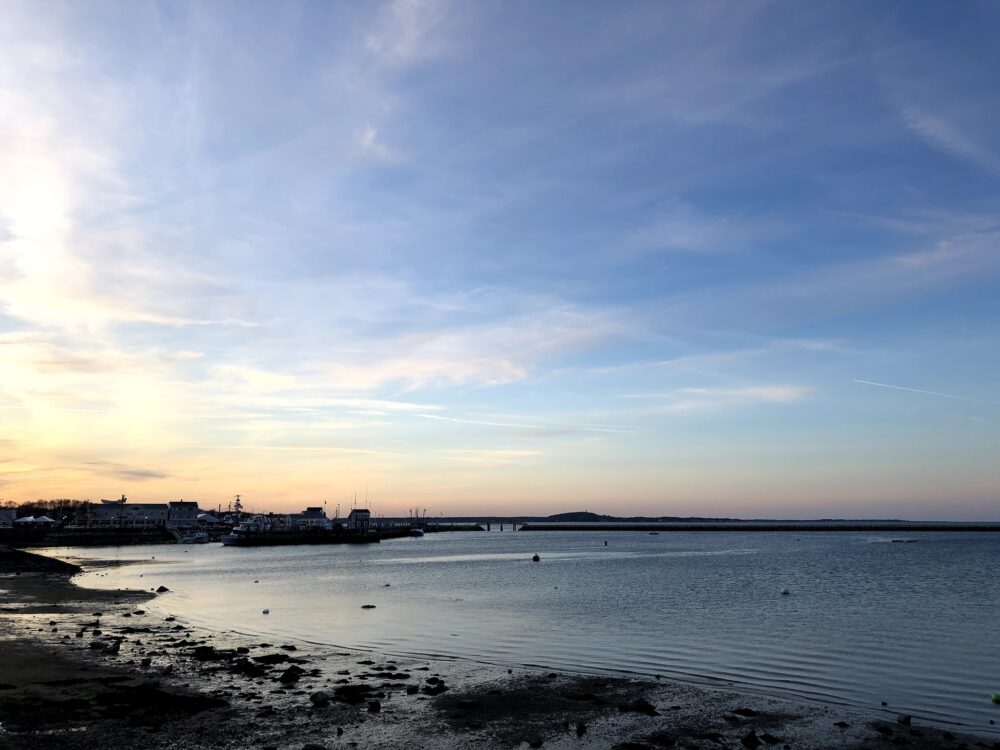 Last spring I was supposed to be in England again, but could not be, still. So instead we decided to spend a week exploring New England. We kicked off our trip with 12 Hours in Plymouth Massachusetts. Well in truth it started at the  Boston Airport on a very sunny April evening. After flying cross country we hopped in our rental car and headed south toward our first night stop in Plymouth Massachusetts. A drive that took an immensely long time as we were as usual stubbornly avoiding toll highways and also perfectly timed to get stuck in commuter traffic heading out of Boston.

We made it to Plymouth right about sunset, starving and a little bewildered after all the traffic. Turns out passing on the right in the emergency lane is entirely legal and extremely startling if you aren’t accustomed to the practice. We parked in the first available spot somewhat between Plymouth Rock and an area that had a decent amount of restaurants and hurried over to view the oh so famous rock. It was unimpressive, which despite everyone telling me it would be unimpressive still took me by surprise exactly how unimpressive it was. It was so small. Though according to the sign next to it, this was perhaps the “neglected bottom half” or it is missing its “neglected bottom half”. The sign was unclear on all points other than this was only half of the original rock. 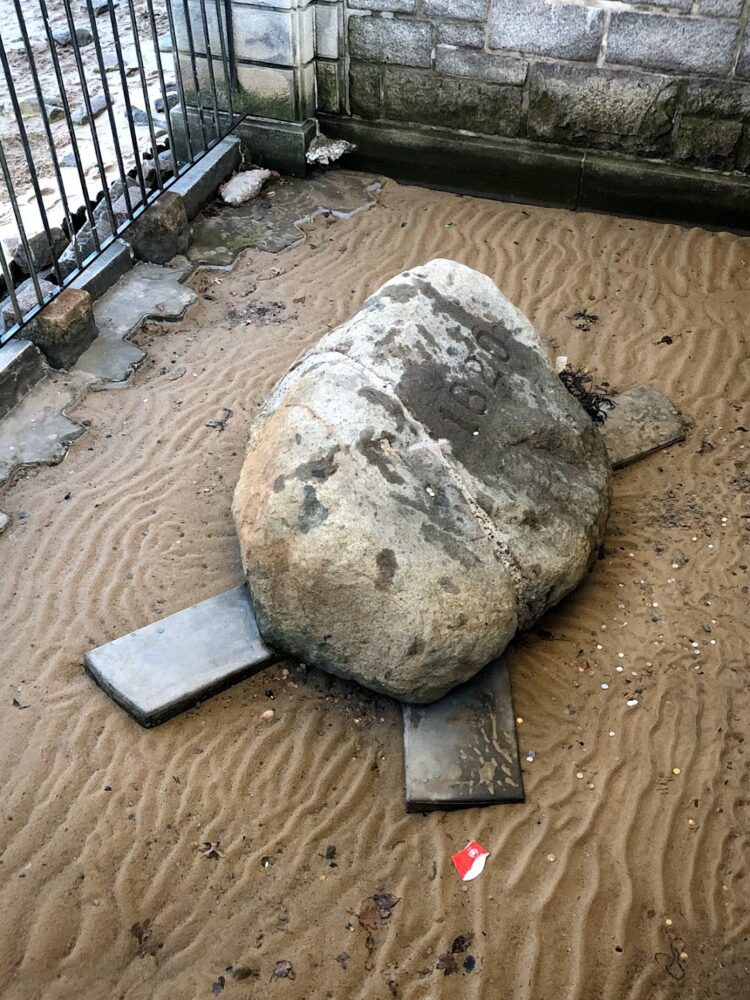 After the slightly underwhelming rock viewing we scuttled back toward town to take a look at the Mayflower II before finally getting to eat. We were loosing light fast so we knew we wouldn’t be able to actually get on the boat but we were a little disappointed that due to pandemic related closures the viewing area on the dock was largely blocked off.  We did our usual family style exploration where we try to find every access point by way of every possible door handle, button and window to get a good look at things but she was locked up tight. The best we could do was a bow viewing of some complicated rigging and some discussions amongst our selves on how unlikely it was that well painted by the time it hit American shores. It was also incredibly small given how many people poured out of it thankful to have finally hit land after months at sea. I was all the more thankful to have made it to Plymouth in one day, even with hair raising traffic. 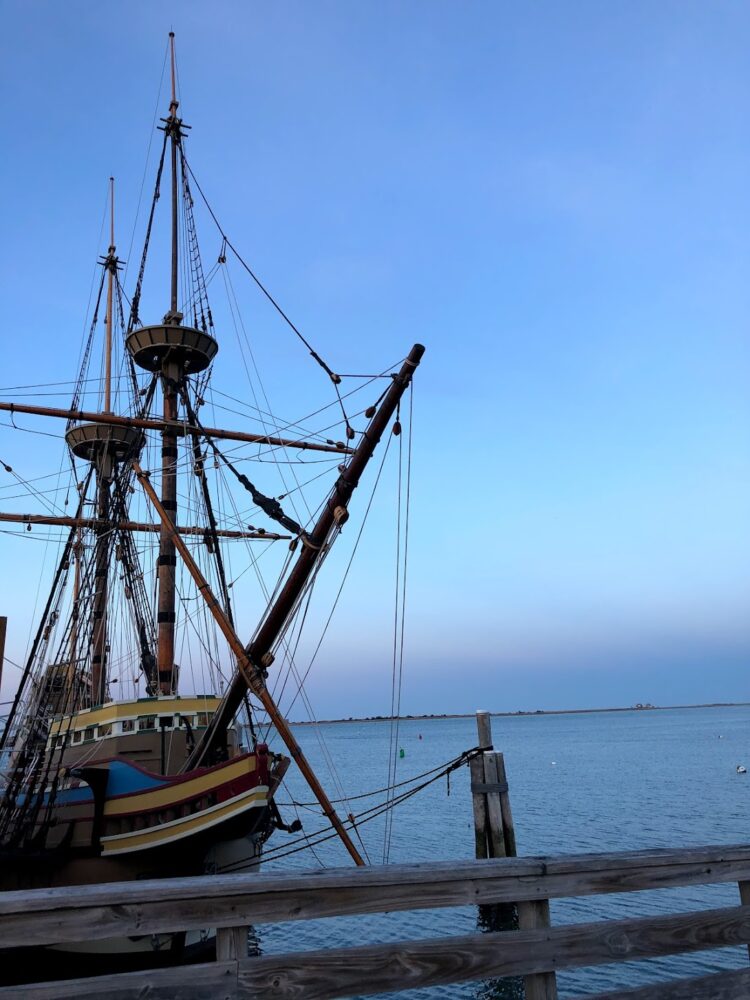 In keeping with our pandemic related closures we had a bit of trouble finding dinner, it seemed despite the fact that the town is quite the tourist destination only a handful of restaurants were open. All with extreme wait times. We wandered around for a bit, looking at menu’s and trying to find possibilities via our phones. Hung out with this lovely gentleman (shark toy below) for a bit trying to decide how long we were willing to wait for what kind of food. Italian or bar food. Not exactly the experience we were hoping for. So we wandered toward some loud music hoping it might offer some sort of local seafood type flair. It was another bar with another long wait time.

But just past that at the end of the road, at the end of the pier was what looked like a seafood market and in that seafood market there was a white board talking about take out food. But once inside we saw there there were tables to eat at and even though they were starting to close up they made us dinner, and about 40 other people that showed up while we were eating at our little picnic table on a covered porch at a seafood market in a lobster town. It was delightful. 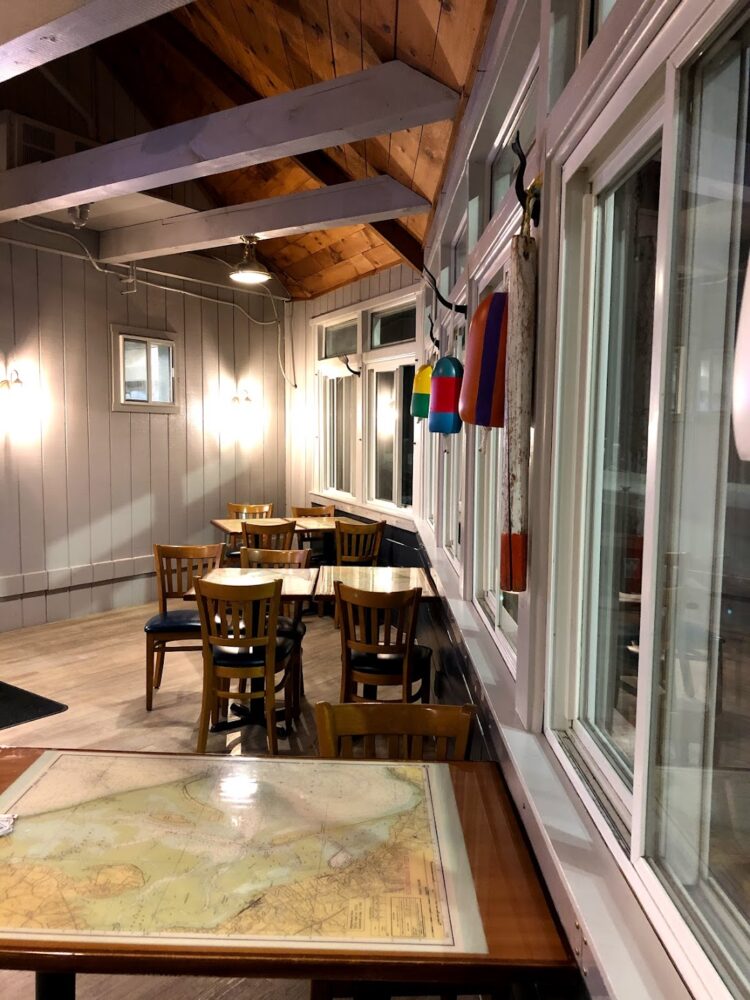 I 100% endorse Wood’s Seafood Market in Plymouth. It was funky and laid back with delicious food. Salmon salad, lobster rolls, fried shrimp, fish and chips they had it all. The staff was incredibly kind and patient keeping the kitchen and dining area open well past their close time. After dinner it was very dark and we were very tired so we headed back to our hotel for the night. We stayed at the Hilton Garden Inn just outside of town, right next to the Home Depot. When we are moving around a lot while traveling the goal for rooms is cheap and clean. Since nearly all of our time is spent out exploring we aren’t looking for luxury accommodations. The next morning we hit the road pretty early, we headed back into town seeking coffee and gluten free breakfast options. We found a place called Gunther Tooties and got breakfast to go, sitting on a park bench in front of the Plymouth Town Hall admiring the cute town, enjoying the spring morning and warm sun. That thus concludes our 12 Hours in Plymouth Massachusetts. Our next destination was Cape Cod for the day, but we also had to make it to Mystic Connecticut by evening to check into our hotel for the next couple days. 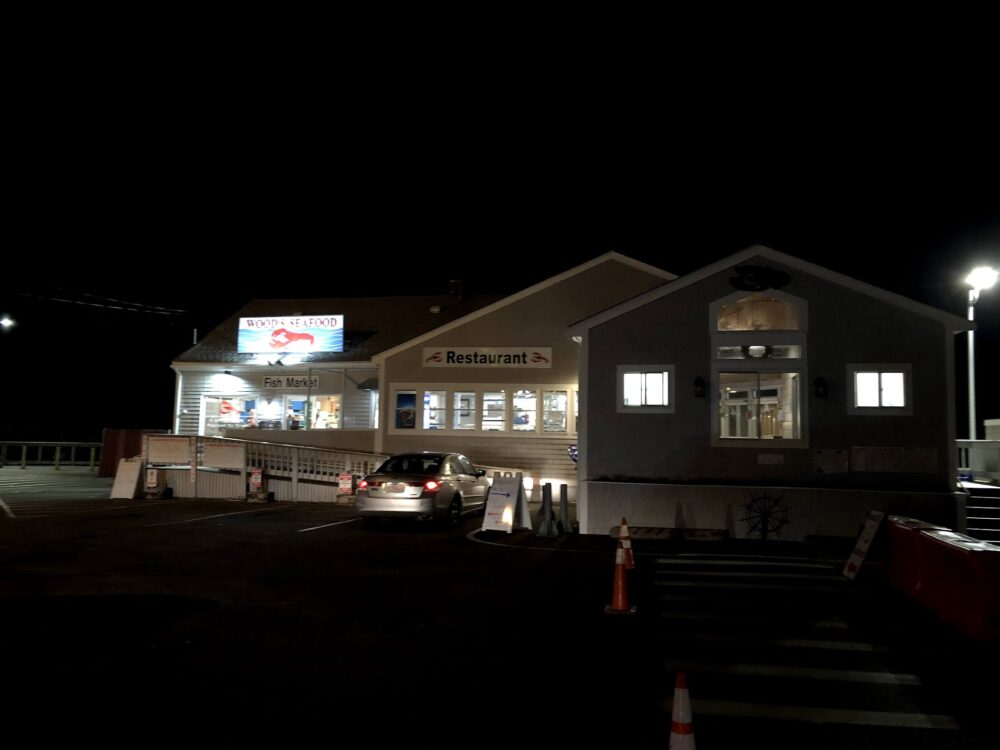