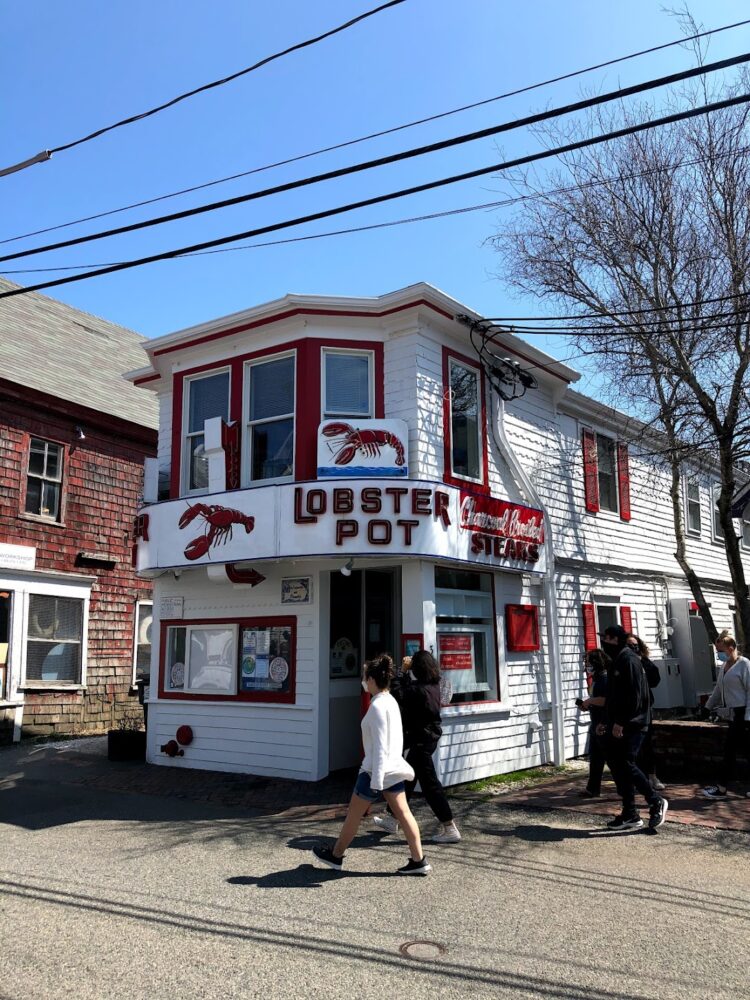 Day two of our New England road trip meant that were we to spend about 12 Hours on Cape Code Massachusetts. We took off right after our picnic breakfast in Plymouth and headed out on the cape (do people call it that?). As usual we tried to stay off the major highways, which obviously makes the trip take much longer but it also means you get to see random things that you would otherwise miss. Because of our general slow meandering drive we stumbled upon a large court house with some interesting statues out front and decided to make a stop to investigate.

We truthfully at the time didn’t have a clue where we were, taking backroads means you often miss the traditional “Welcome to…” or “Next Exit…” signs that help you figure out where in the world you actually are. It was Barnstable which happens to be the county seat and largest populated area on the cape. Which you would never guess by the look of the place, as it was about one block long and not much else. We parked outside an antique store I wanted to go into, and then realized maybe it was someone’s house as the owners were sitting on the porch. I sheepishly walked across the street to the courthouse, pretending my intention the entire time was to wish them good morning. It had a number of statues but I was most intrigued with Mercy Otis Warren. It is not often you see statues dedicated to women, no this isn’t political commentary it’s just a simple fact. As it turns out as the statue stated Mercy was born and lived in Barnstable and was instrumental in the independence movement. I spent a lot of the evening reading up on her and her husband, being reminded how little of our history we are  taught. We also popped into a small grocery store for some snacks and coffee then hit the road to Provincetown.

Provincetown was packed. We always manage to find ourselves places during long weekends and holidays and this weekend was no exception. The town has a year round population of about 3K but during the high season about 60K can be seen staying and wandering around the small inland facing port town. I didn’t take as many pictures as I would have liked because there were so many people it just felt like I was taking pictures of strangers. But I couldn’t resist this adorable little restaurant called the Lobster Pot, with as few tourists as possible in the way. 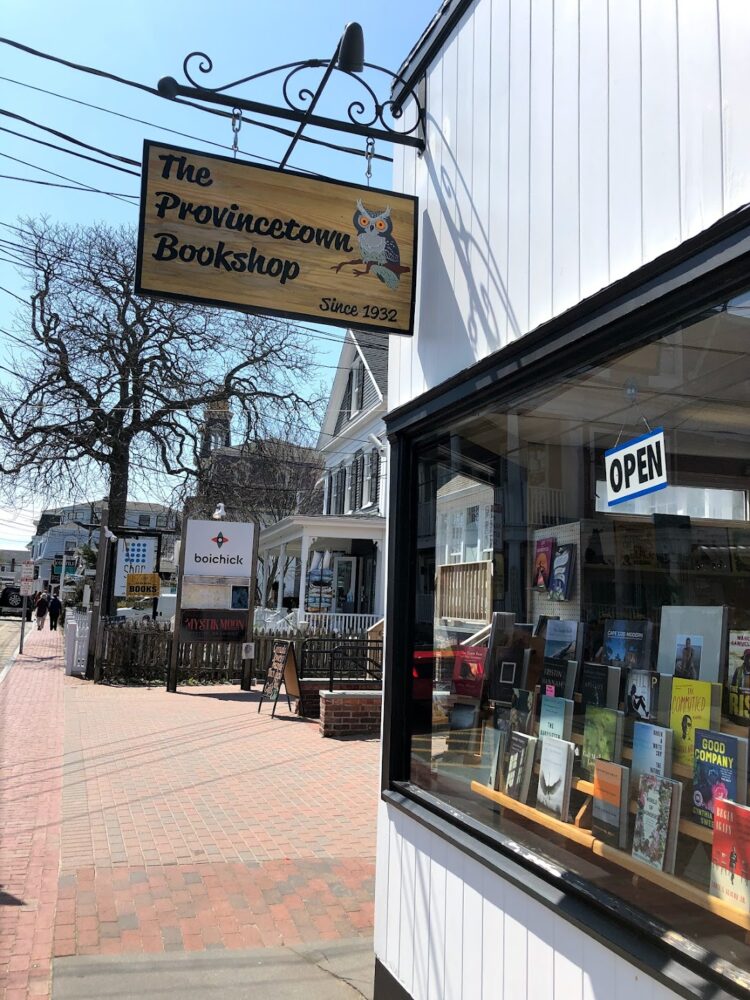 My  favorite thing in town was the Provincetown Bookshop, which was quite small and had a small collection of popular books. But the real appeal was the huge collection of local artists and Provincetown themed books. A lot of books have been written to take place in this little town. I ended up nabbing a free historical fiction by a local author that took place during the civil war years on Cape Code. My second favorite thing was the Marine Specialties Army and Navy Surplus Store. It was the single strangest store I have ever been in. It had everything from Donald Trump toilet paper, to boxes of airline placemats, boxes piled up of Irish knit sweaters as well as movie set pieces and antique army supplies hanging from the ceiling. I was going to buy this sweatshirt but they only had a child’s size, I was pretty bummed. 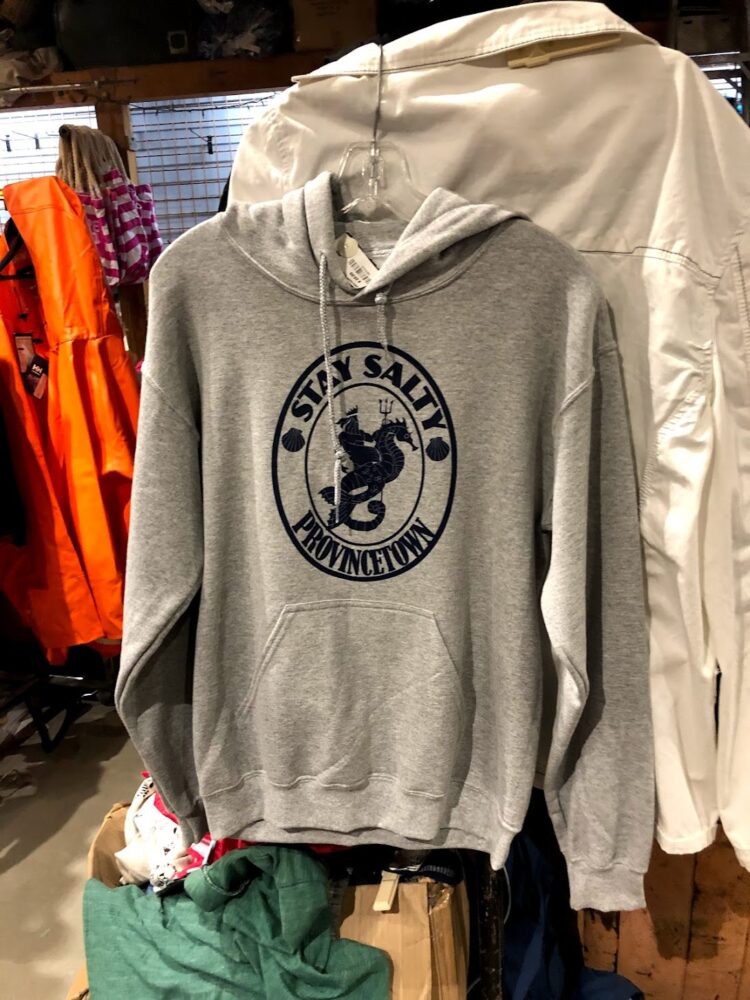 By the time we were done browsing and sick of the crowds in Provincetown we realized we were starving but didn’t know where to eat. I quickly found a random tea house on our way to Mystic and made reservations. Reservations which we almost missed because of a giant explosion/fire on the freeway which we chose to take to save time. Proving yet again back roads are always better. Dunbar House and Tea Room are some of the oldest structures on Cape Code. The original owner/builder came to the country around 1650 having built the main house and carriage house which was then moved in 1740 to its currently location. There have only been five families that have owned the property in its 250 year existence, which explains the remarkable condition of the original flooring. The tea room was opened in 2000 in the carriage house and has a very extensive menu of tea and lunch options. 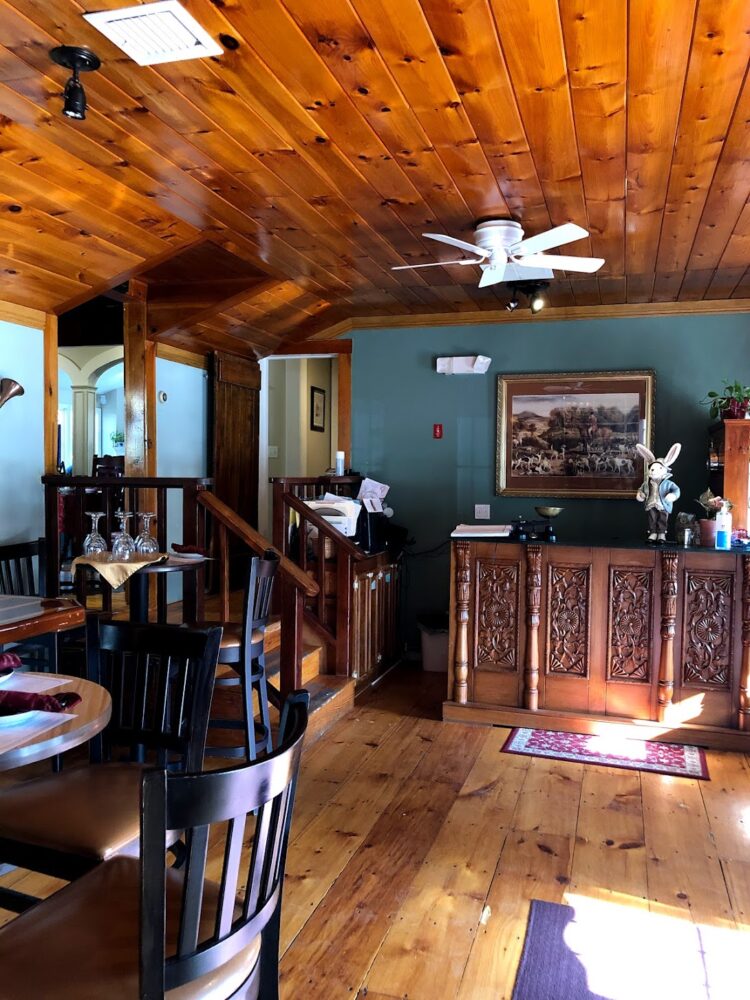 After filling ourselves to the brim with the tea service we hit the road for Mystic Connecticut. But as it would happen, due to all the tea I needed a pit stop only about an hour into the drive so we pulled off in New Bedford for a restroom and a look about. New Bedford was THE whaling town of New England during the heyday of the practice. Because the town grew big and fast, and then the decline of whaling and textile manufacturing in the later 1800s the town  hit a bit of a slump, and 120 years later is still sort of slumpy. It is still a very active fishing community, as well as non textile manufacturing. It is one of the largest Portuguese immigrant towns in the world. It also happens to be the main location of the Herman Melville’s ‘Moby Dick’. After walking around the local Market Basket for far too long looking for the bathroom we drove around town a bit and stumbled on St. Anthony’s of Padua church, a gorgeous and slightly rundown cathedral, we would have gotten out and tried to go in if we could have found a parking spot but we couldn’t and we were in a hurry to get to Mystic before the sun went down. 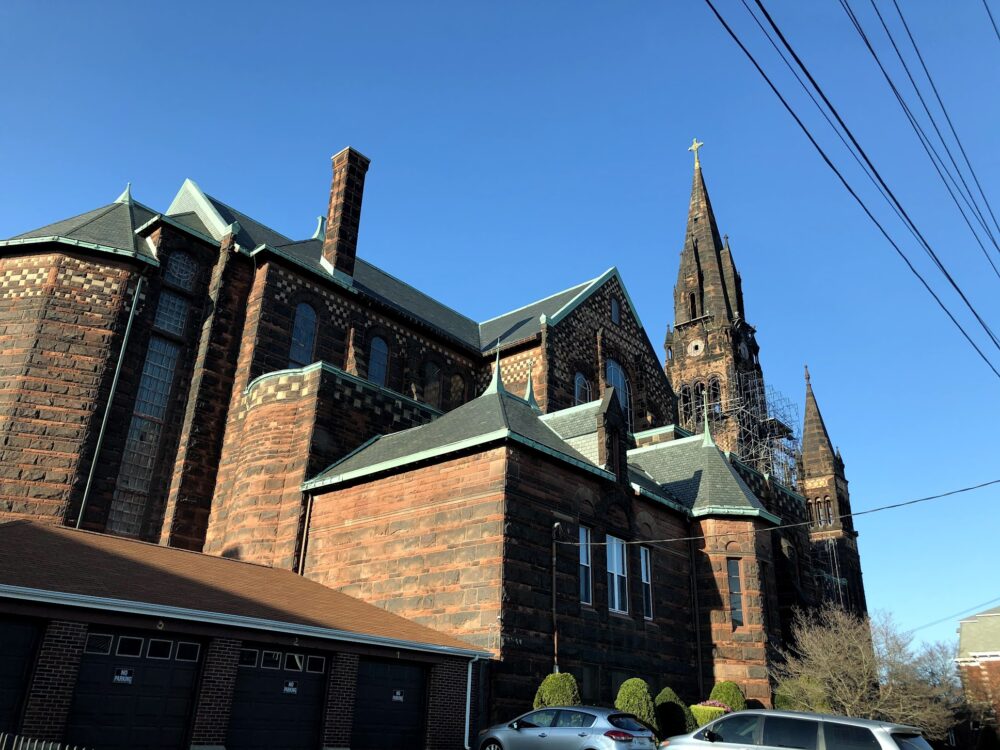 After New Bedford we were officially off Cape Code and crossing into Connecticut, but it was a wonderful 12 Hours on Cape Code Massachusetts.