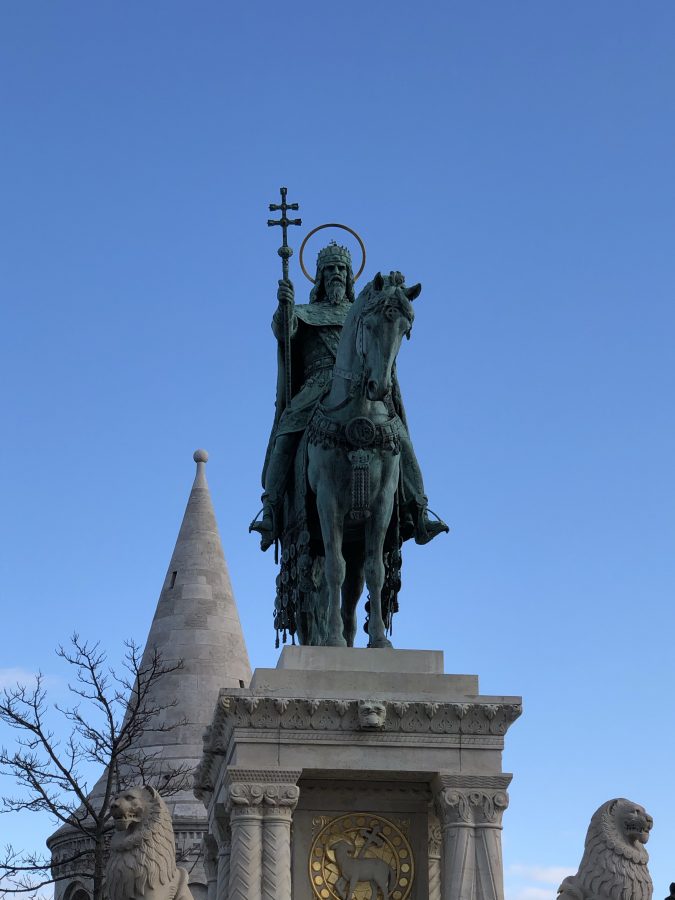 Budapest is without a doubt one of my favorite European cities. And honestly it is hard to articulate why. It just feels different, it feels like something is waiting to be discovered. And while it is a rather large city which you could spend months exploring (someday I plan to do just that) you can easily get a good feel of the place in a short amount of time. So here is what you need to know in order to spend 48 hours in Budapest.

Getting There – 48 Hours in Budapest

Last week I wrote about everything you need to know about taking a train to Budapest. But obviously there are other ways to get there. The airport commonly known as Ferihegy (officially Budapest Ferenc Liszt International Airport) is a 24 min drive to the city center. The airport website suggesting taking a taxi, you could also rent a car for a quick trip. Public transit looks possible, thought not without at least one exchange. If you aren’t in for flying or taking the train into the city. You can also drive, hotels appeared to have parking available, though there was not a lot of public parking in the city. Or you could take FlixBus which was suggested to me by a couple European acquaintances.

We stayed at the Danubius Hotel Astoria, I had stayed here before and knew it was a clean safe hotel in a central location. I wrote about the hotel and my first experience in Budapest here. The second stay at the hotel was just as fun. The hotel has an excellent breakfast service and the rooms are well furnished and clean. With the exception of the toilet door handle, which fell off in my hand while my husband was out of the room. It took me nearly half an hour to catch the outside portion of the handle and free myself from the tiny room. I had to laugh since in high school we were all convinced the hotel was haunted and then this happened. Don’t worry the hotel is not haunted and is in no way creepy.

There appeared to be quite a few youth hostels in the area, many in what I would consider safe parts of town. If you are of the age and looking for cheaper accommodations this could be a great option. Or if you are planning a longer stay the selection of vacation rentals look really fantastic.

Things To Do – 48 Hours in Budapest

The main tourist attraction to the city seems to be the Buda side waterfront which is home to Gellert Hill, Buda Castle and The Fisherman’s Bastion. You can easily see all of this if you don’t enter any of the museums on this side of the river. They are quite large (and amazing) but take up a lot of time. If you have more than 48 hours do them all, we wished we could have gone into the Citadel and the Military Museum but as we were there on boxing day everything was closed.

I would suggest starting with a walk across the Liberty Bridge (Szabadság Híd in Hungarian), hike up the trails on Gellert Hill, and enjoy the views from the top, the fort at the top was shelled during the war and you can see quite a bit of damage in the walls still. From there walk back down the park toward Elizabeth Bridge (Erzsébet híd) named after Empress of Austria Elizabeth, Franz Joseph’s wife. She was instrumental in encouraging Hungarian home rule in 1867, she spent a lot of time in Hungry staying away from court life as much as possible. There is also rumor she was having an affair with a Hungarian Statesman.

Once you get to the bottom walk under the bridge along the water to Buda Castle, the Fisherman’s Bastion and Matthais Church. Then cross back over the river at the Széchenyi Chain Bridge built in 1849 the bridge was considered an engineering marvel, honestly it is phenomenal still.

On the Pest side of the river you can find the Parliament Building, the Opera House and the Market Hall. If you are just in it for the walk and seeing the outdoors, once you cross the bridge take a left and walk along the water, you can’t miss the parliament building, from here walk away from the river to see the opera house, or catch the street car which runs along the river back toward the Liberty Bridge, ticking kiosk is across the street from the stop outside parliament. The Market Hall is probably the only thing in town best visited in the afternoon. Since this is the main source of shopping for a lot of restaurants and locals, it calms down later in the day.

One of the main things I wish we had time to do was visit a bath house, they seem especially fantastic in the winter months. Because of the Roman and Turkish influence on the history and architecture of the city there are more than a couple throughout the city. The most well known is probably Széchenyi Thermal Bath and is one where woman are allowed in (not the case at every one). I had thoughts of taking everyone early on but due to timing had to trim it out. My research suggested that you bring your own towel(s) which posed a bit of a barrier for us, taking a train 3 hours with a bag of wet towels didn’t sound fun. But the bath house shares a rather large park with Vajdahunyad Castle and the Museum of fine arts so this would be a really great way to spend a day if your preferences lean this way.

Since we were there at Christmas we ate our main meal at the Christmas Market on Vörösmarty tér. It was exactly the eating experience I wanted and loved every second of selecting from a giant booth the Hungarian favorites I wanted to eat and then sitting outside with locals all doing the same. Goulash in a bread bowl was the favorite amongst our group but I really loved the cabbage roll with sauerkraut, sausage and a large piece of fried dough (they called it a pancake I am still searching for exactly what it was). We also ate at the Market hall for lunch which has quite a few options on the upper floor.

It was suggested to me to eat at the restaurant at the Fisherman’s Bastion, but honestly it was just too crowded for us. Though if it is less crowded or if you don’t mind crowds the views are incredible. I also really wanted to try the New York Palace Cafe which is fairly close to the train station but since we were only there for one dinner we had to skip it. The main shopping areas near the river are also filled with restaurants of all flavors I doubt you will have any problem finding something delicious.

My biggest tip to visiting Budapest is pick the things that mean the most to you and go early. 20 years has changed the level of tourism quite a bit and it can get crowded, but getting up early allows you the chance to experience things with out the crowds of selfie takers.

If you are planning on visiting Parliament, or the Opera House get tickets online and reserve a time. We didn’t know this as the website says just go to the entrance and buy a ticket, thus we didn’t get to tour, by the time we got there every tour in every language was sold out for the entire day.

I would also suggest avoiding the night life. My husband ran across some articles that would suggest while locals don’t mind the flocks of tourists in their city, they do mind the partying, late nights, hubbub on the streets and general nonsense that is escalated by out of towners in their bars and clubs. We also hear a fair amount of fighting on the streets overnight which even if you aren’t involved is always best to avoid.

I always like to ensure I am not a pest when I travel and this includes staying out of the way of locals and not causing trouble. Additionally avoiding public transit during commuting hours, coffee shops and lunch stops during times that would be rushed with locals as well as making sure to learn a few pleasantries in the local language. This is especially important in a country where English is not as prevalent.

You really can’t go wrong this any amount of time in Budapest and what I have learned from both my visits is you will always find more to do, and always be tempted to come back for longer next time. That being said due to how the city is laid out you can see quite a bit in a short amount of time and have a really great 48 hours in Budapest.