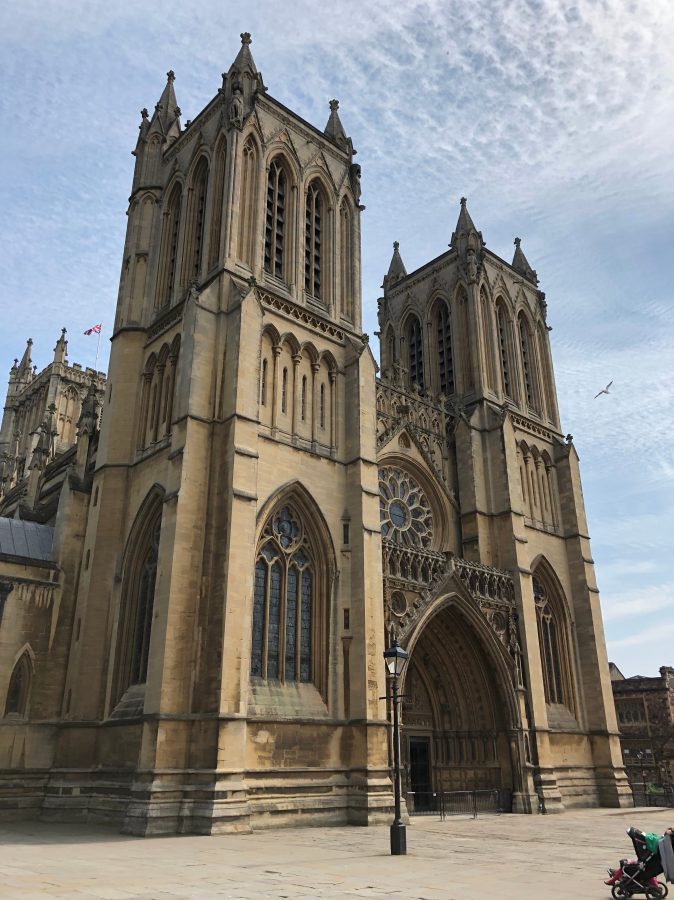 We spent a good deal more than 6 hours in Bristol England, but the majority of our time was spent in the harbor which isn’t for everyone. This post will cover the things we did on the main land portion of Bristol, for those less interested in boats.

Brandon Hill was originally grazing lands for the Earl of Gloucester’s livestock, granted to him in 1174. Over the years the land was often used as a local meeting place and in 1843 30 thousand people gathered to watch the SS Great Britain leave port for America. Today is a really lovely park, the tallest location in Bristol it provides views of the entire city, and your vantage point can be improved by an additional 105 feet by the Cabot Tower which sits on the highest point of the park.
The red sandstone tower was built in the 1890s on the 400th anniversary of John Cabot’s voyage to America. He made landfall in Newfoundland Canada a number of years prior to Christopher Columbus’ journey to Central America. Not much is known about his initial journey which is thought to  be the first European voyage to the American continent since the vikings. Other than it was before his second which was in 1497 and that Columbus references this initial voyage in letters of his own on his first voyage. 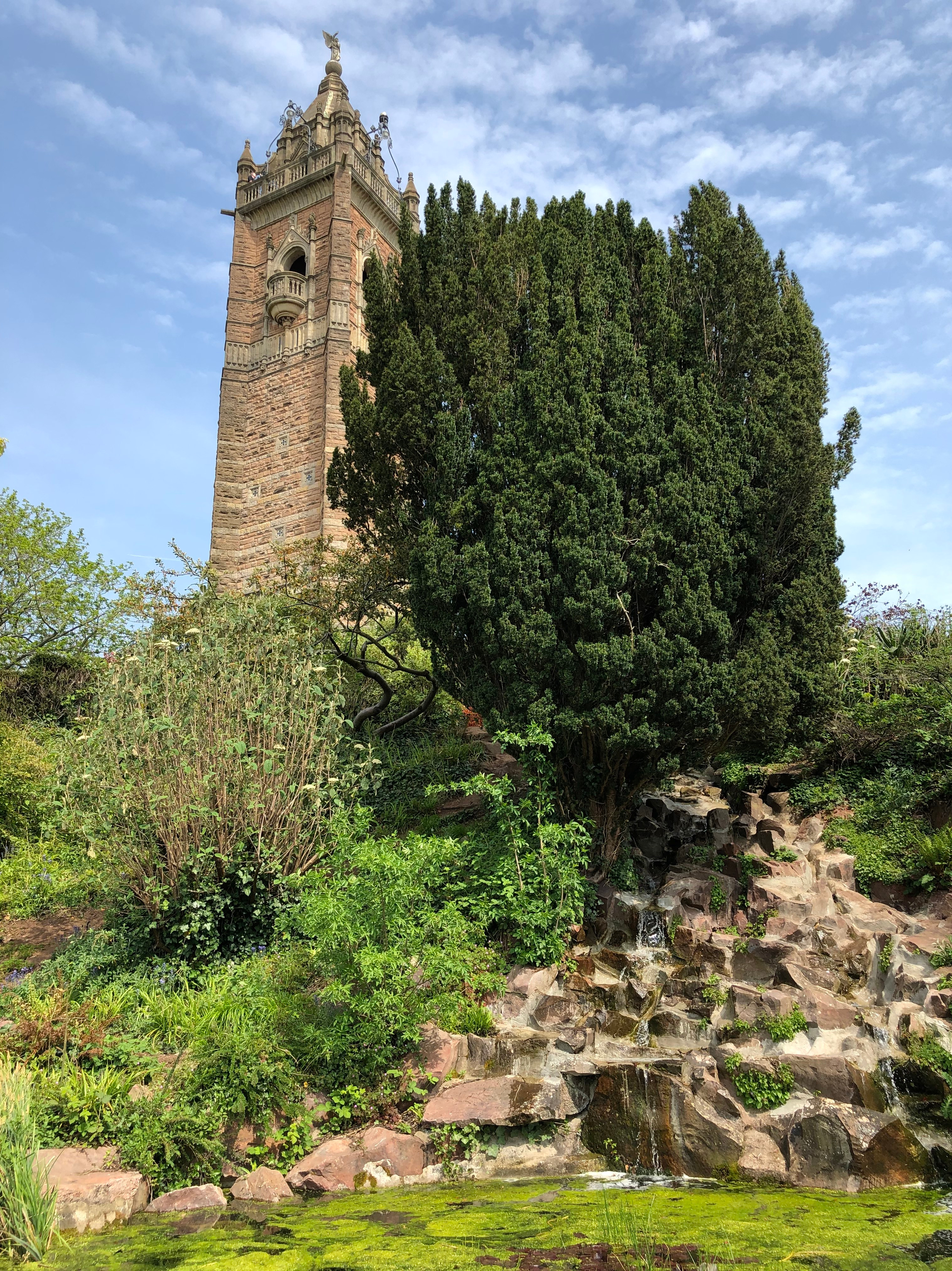 We had thought about climbing the town, but while I don’t mind heights I do mind places crowded with people. So instead we chose a nice sadly bench with a great view and bought ice cream from a truck that was perfectly situated as the first thing we saw when we created the hill. It was delicious. 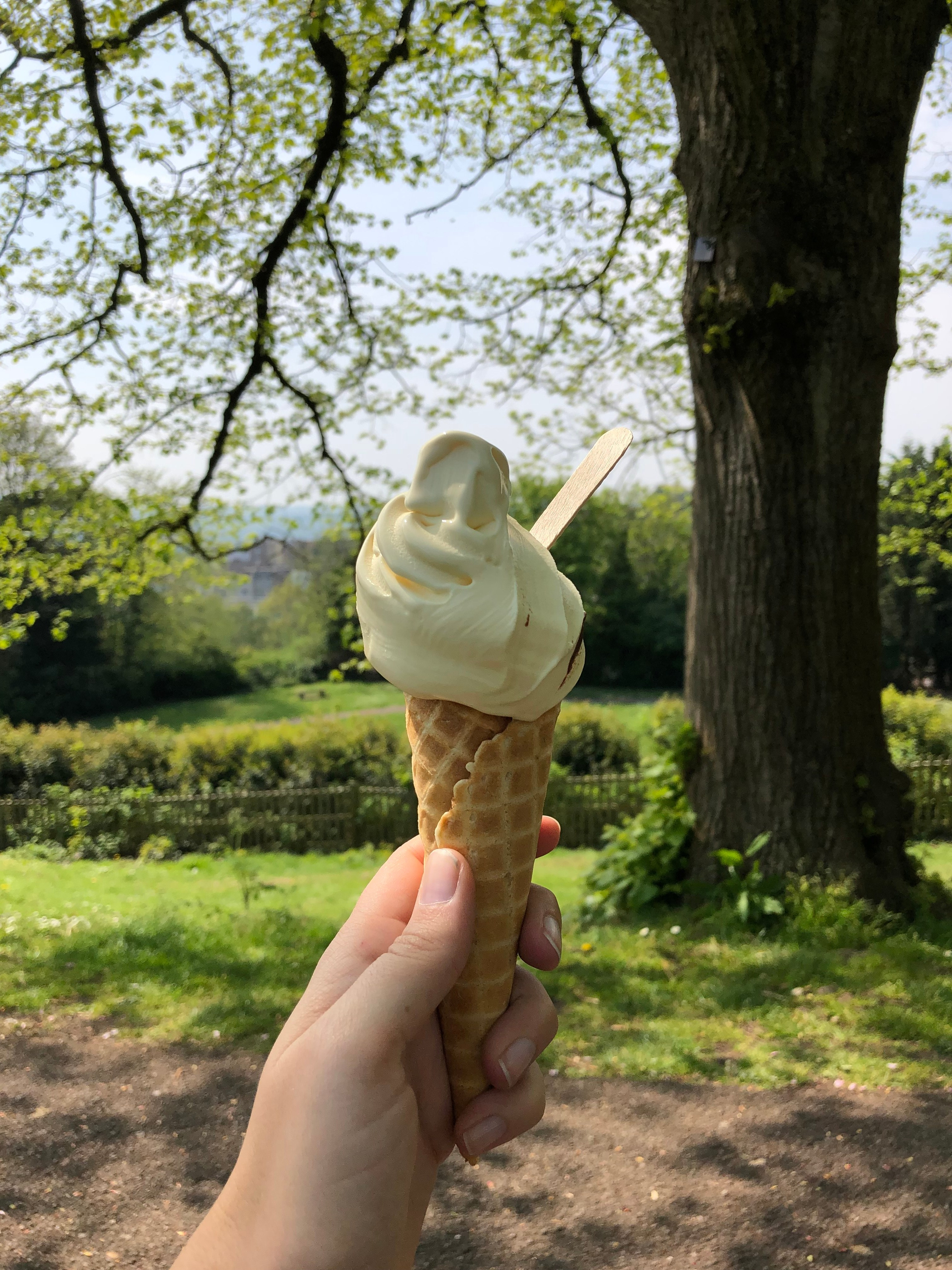 In addition to views and delicious ice cream. The park also has a good number of walking trails which weaves around all sides of the park into different parts of town. We chose to follow a nice tree lined path and then followed a very impressive architecture tower in the hopes of finding out what it was. 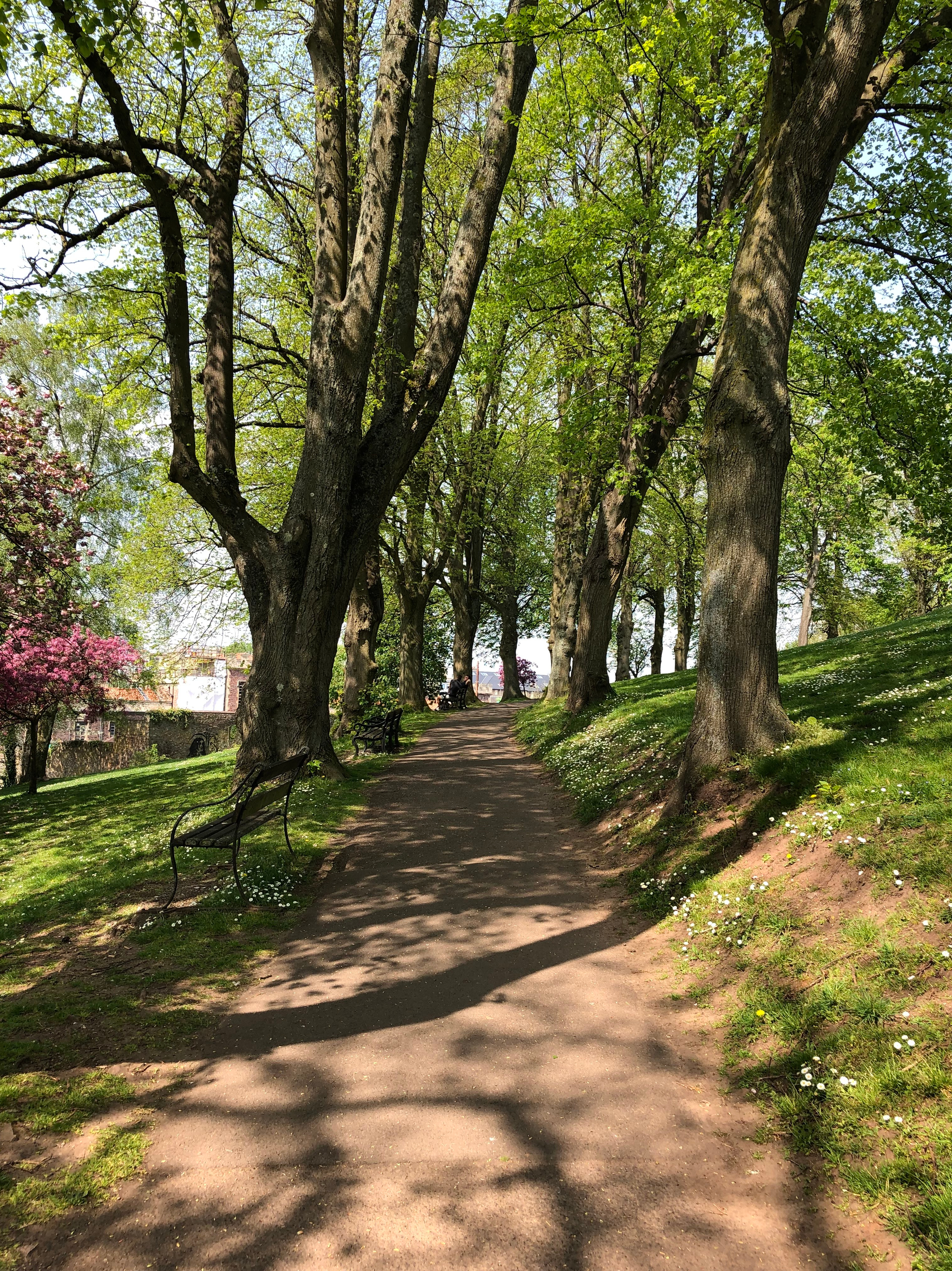 The tower we were following turned out to the part of the University of Bristol, which is a very impressive grouping of buildings and includes Willis Memorial Tower attached to the facade of the Law School. Since school was in session we chose not to poke around the building and rather went down Park Street toward the water. We popped in a few shops on the way down the hill and then came across this beauty that is the Bristol Cathedral. 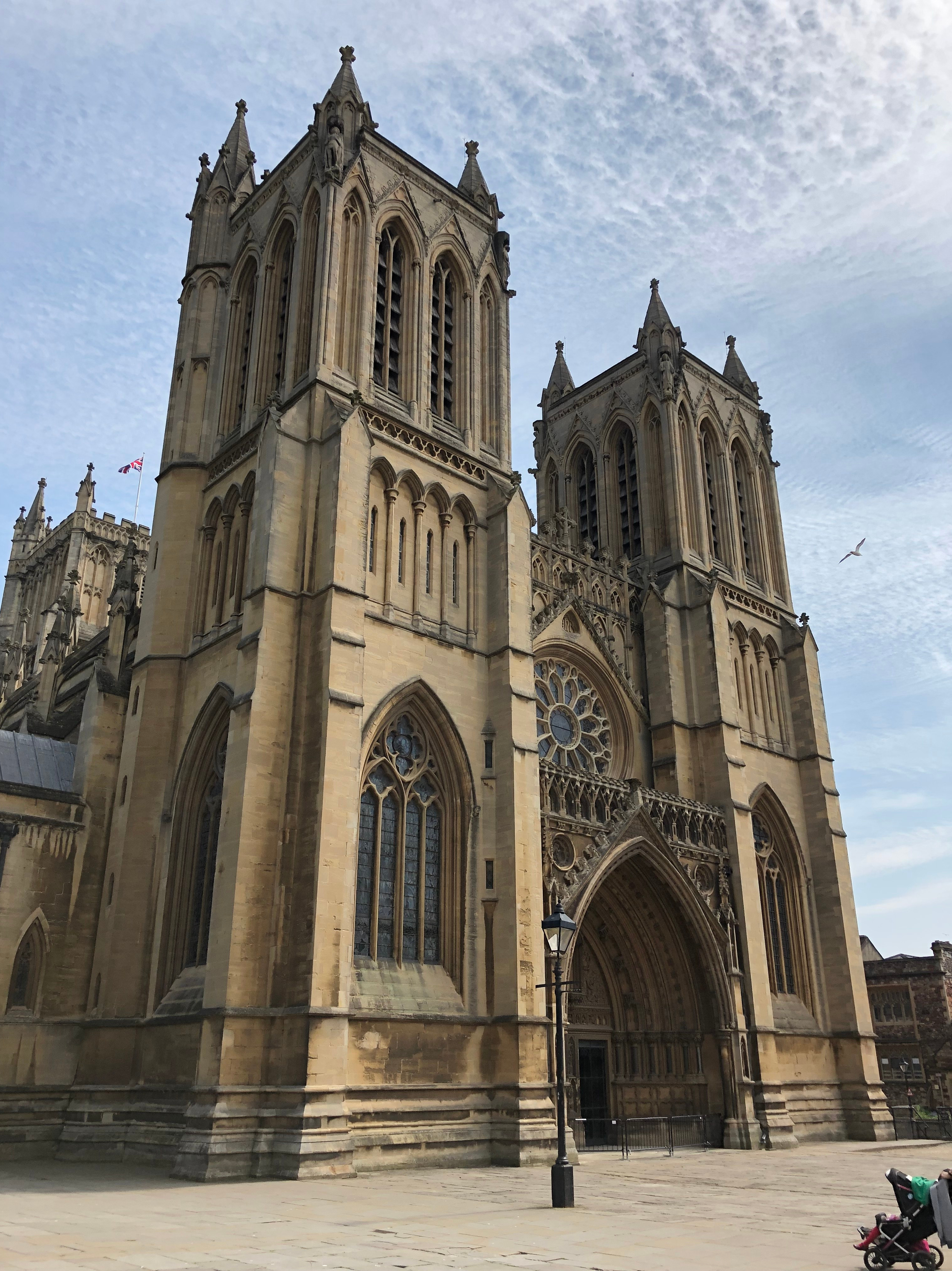 Like all churches in England built early enough, during the reformation they were stripped of all things making them Catholic and often fell to disrepair over the years. This church was handed over to the Church of England and was kept in relatively good condition. Having previously been  Catholic Cathedral it is quite large, and blissfully empty when we visited. If you are in the area you should definitely check it out. It is really impressive and really empty. They also have a cafe and gardens around back that looked really nice. 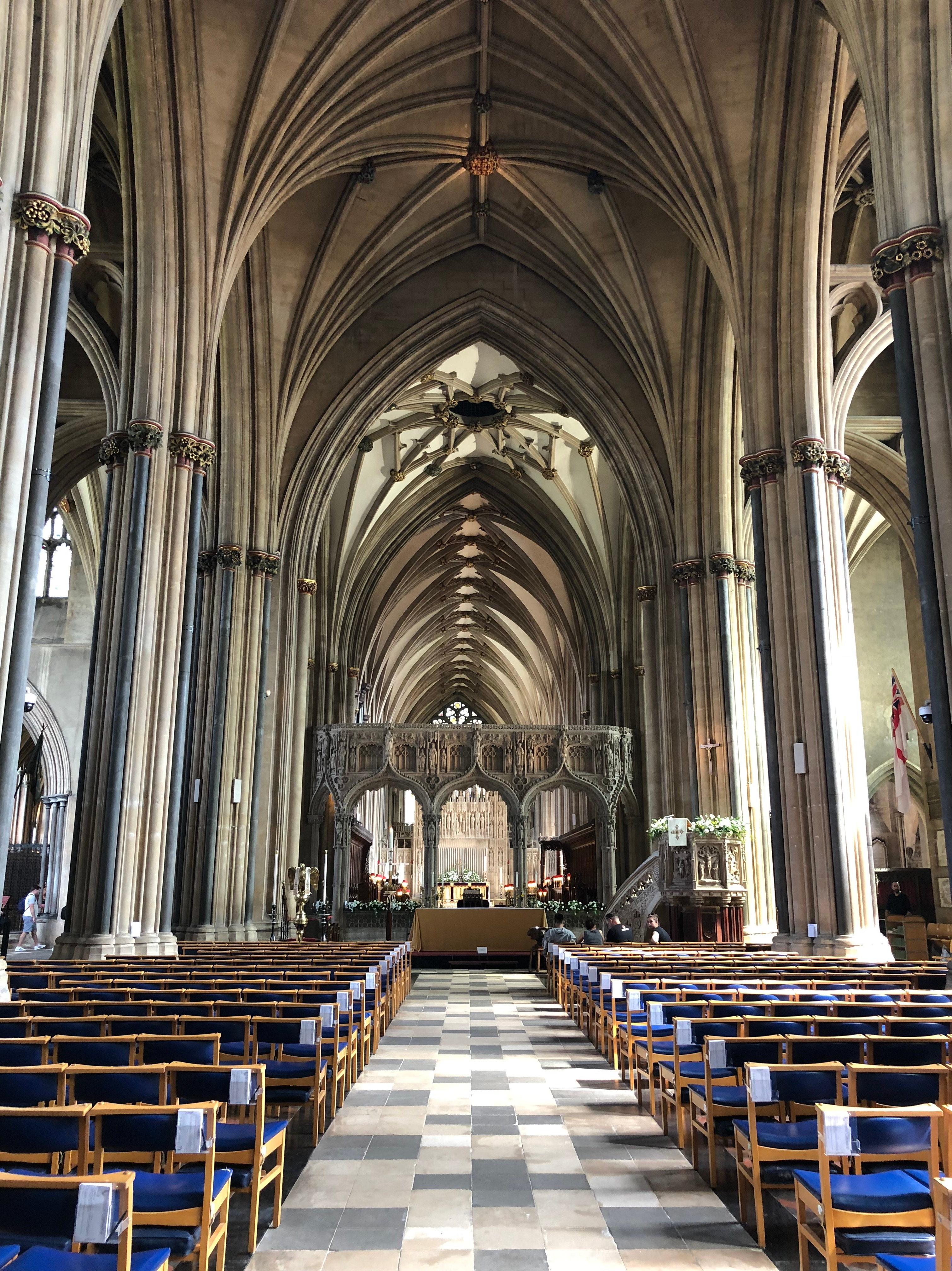 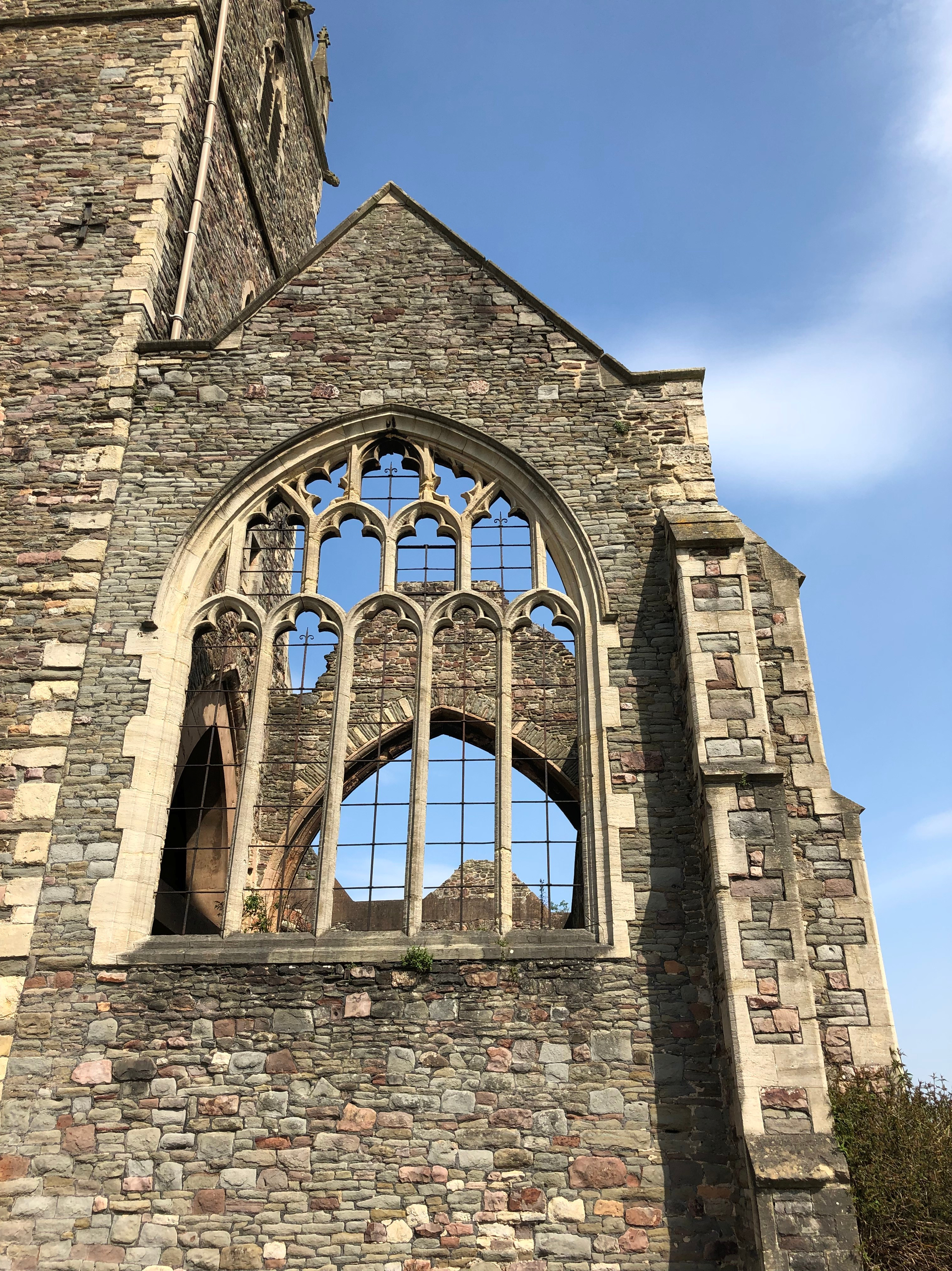 Rather we popped across the street to Castle Park which is home to St. Peters, one of the oldest churches in Bristol the foundation dates back to the 1100s. The building went through restorations over the years but sadly during the Bristol Blitz it was nearly destroyed. Today all openings to the church are understandably bared off but it does look as though a restoration organization is attempting to raise money to shore up the walls so the location can be used for other purposes, even though it would never have a roof again.

Our last stop in Bristol was not a planned stop but one we happened upon while heading back to the train station. A gorgeous little park that used to be the grave yard of the Knights Templar church that was build on the site of the church that stands today in 1130. The knights were suppressed by Henry the 8th and then finally bombed out again during the Bath Blitz. If we walk up to the side door you can peek inside and see the original circular church foundation which is very neat to see. Another charming fact about the church is that the tower leans at a 5 foot angle. Construction of the tower began in the 1390s and quickly started to lean, as such it was never fully completed as to the original plan. 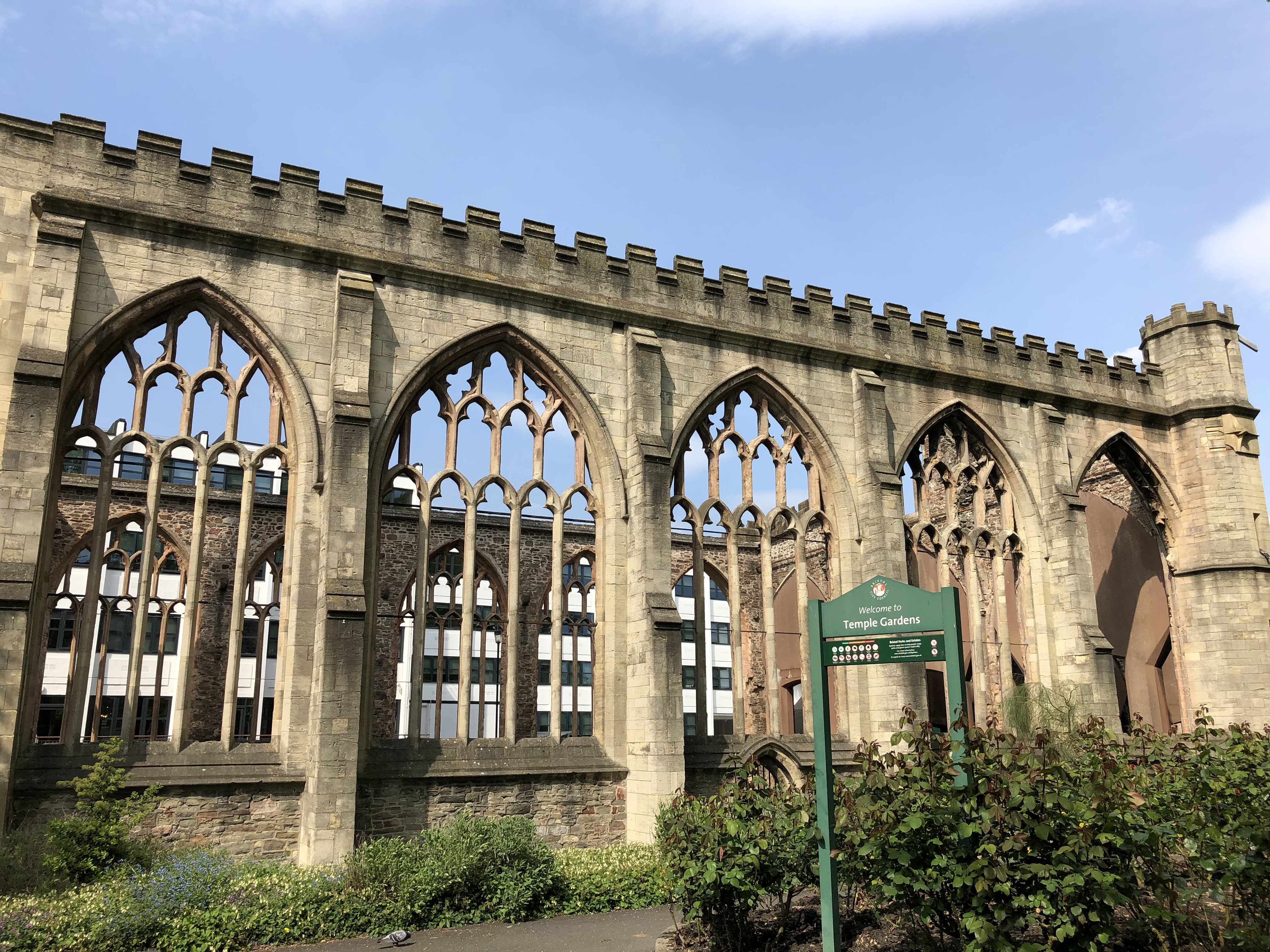