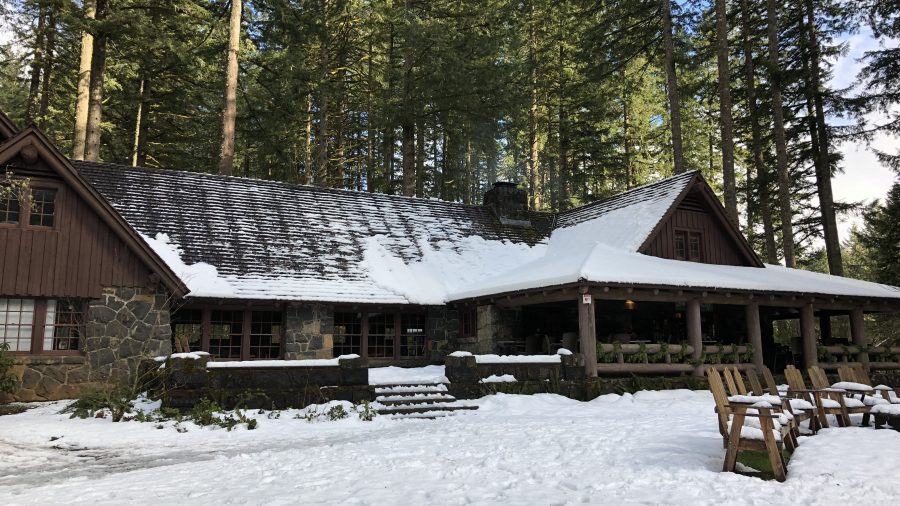 In keeping with the theme of trying to explore more of my home state this past spring we visited Silver Falls Oregon, a large set of hiking trails that center around a series of waterfalls. I had always wanted to visit but it is understandably popular during the tourist season and hiking never seems quite as magical to me when surrounded by other people. So we chose to visit in spring before the season picked up. The only problem with this plan was we had an unreasonably cold spring and while it was still cold on the valley floor the snow had all melted. Turns out this was not the case at the state park. 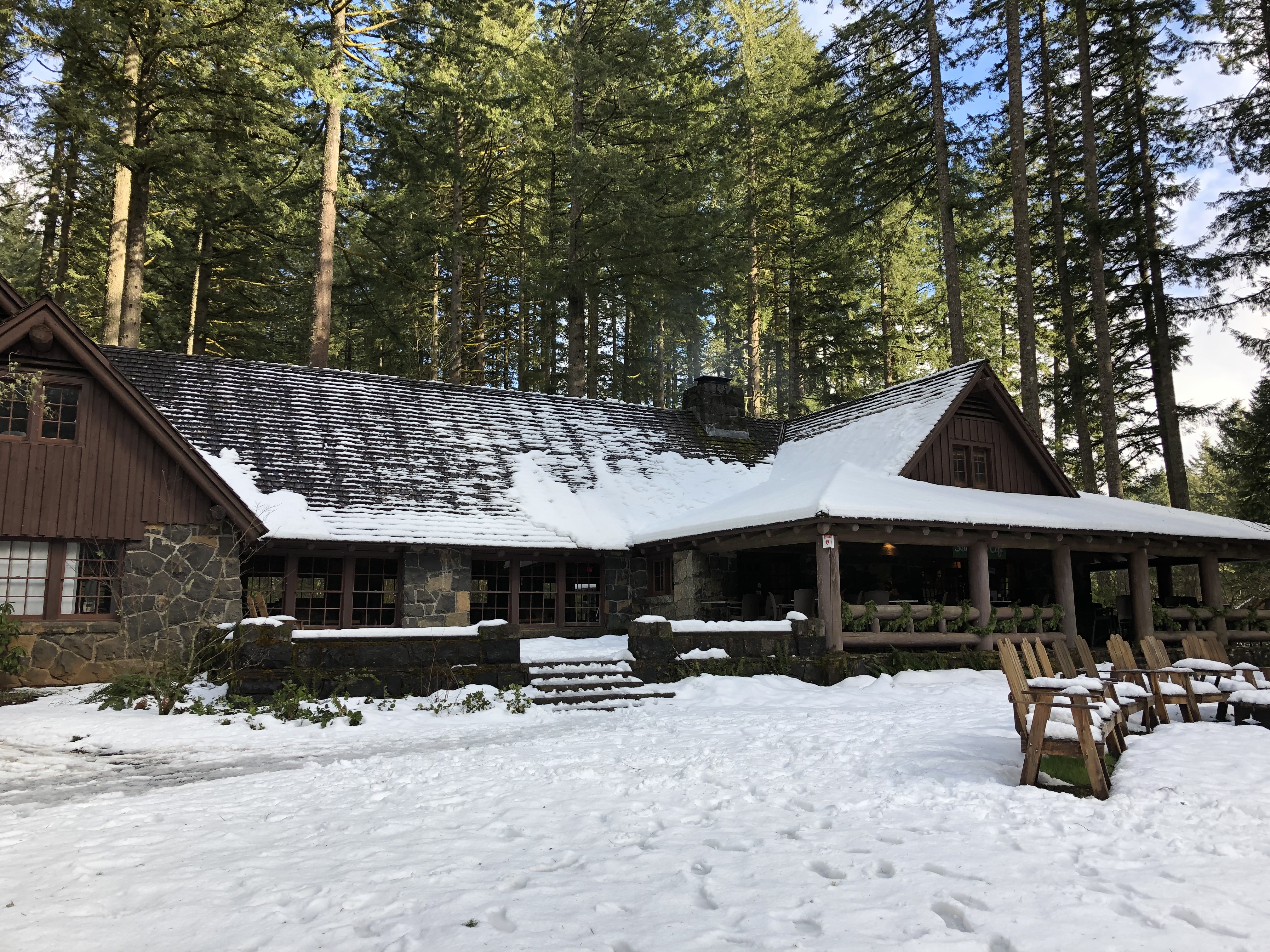 Silver Falls State Park is located just outside of Silverton Oregon just slightly east of Salem. There are 18 waterfalls in total in the area though the hiking trails mainly take you around the 10 major ones.
The park has a campground, a lodge that offers up snacks and souvenirs, horseback riding trails and a day use area that can be rented for weddings and family events. The park was also used for the filming of three movies, Just Before Dawn, The Hunted and Twilight. 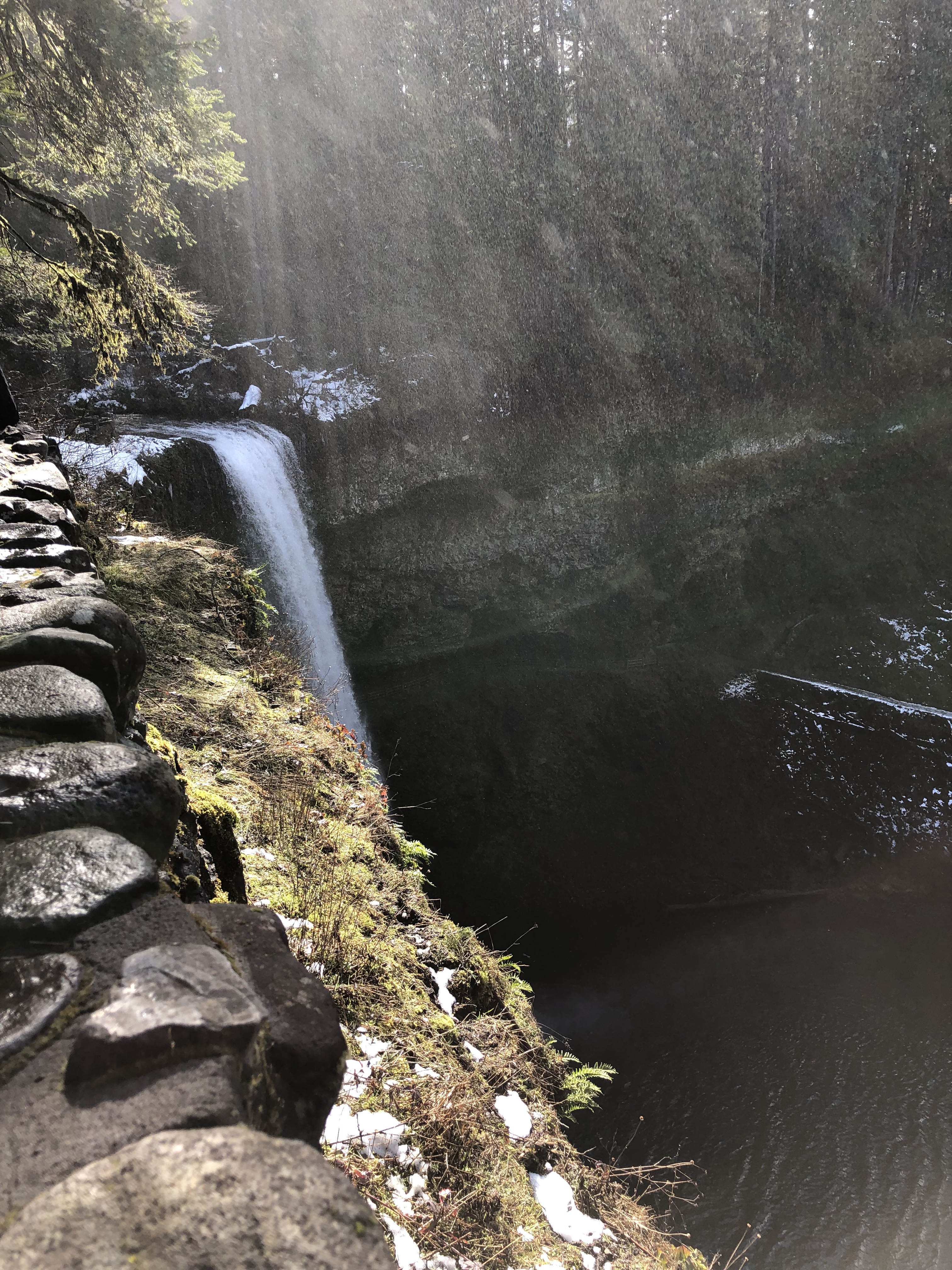 As soon as we got past the crowd of folks up by the main trail head we started seeing trail closure signs and when we peered over the edge to the place we had planned to trekking down to, we realized there was really no chance that we would be hiking the main trail. Areas that were not snow covered were pure ice. 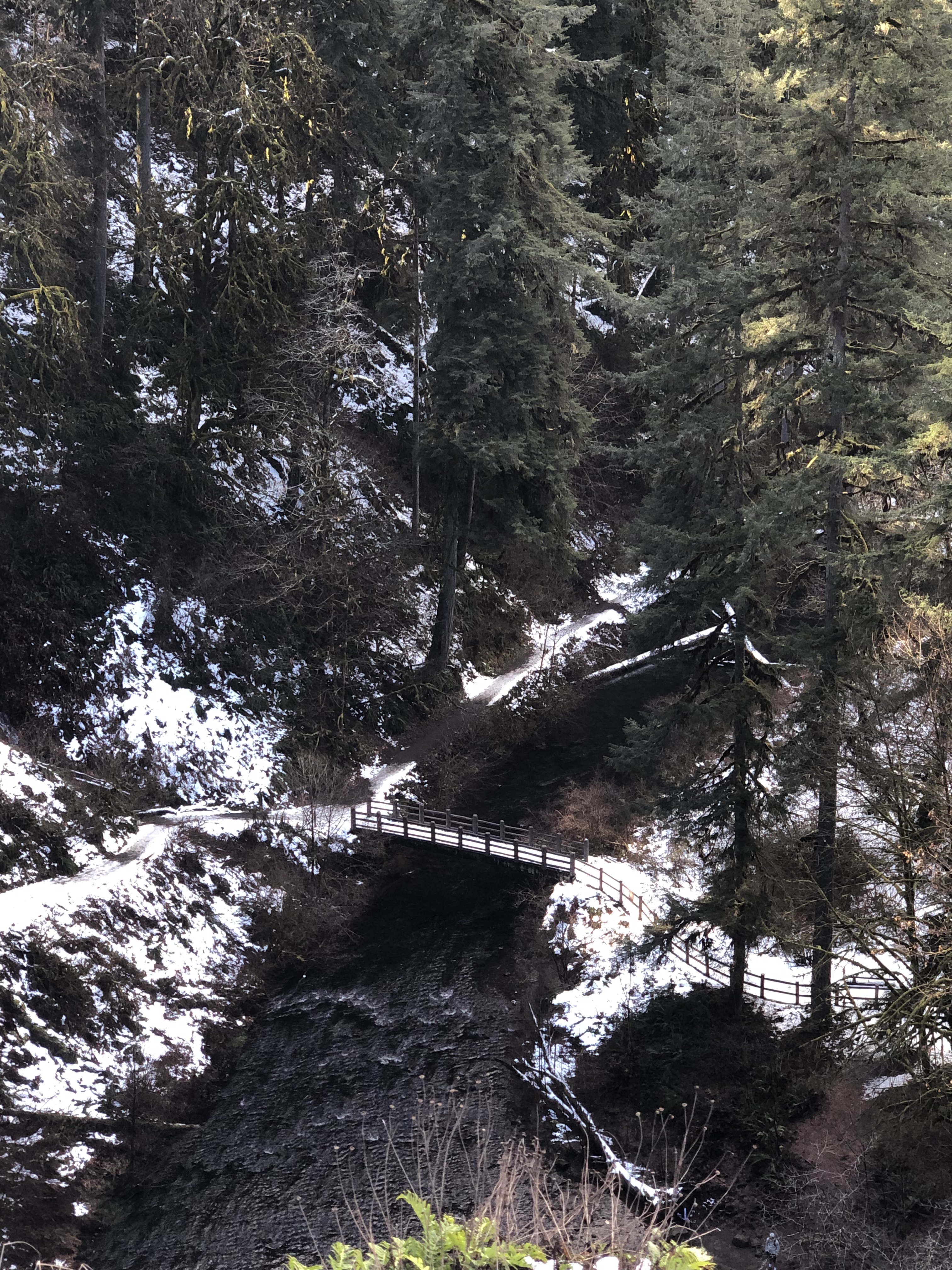 So we thought we would be smart again and tried one of the rim trails that goes along the highway. This trail has very little elevation and thus even if icy should be alright. That turned out to be a pretty poor idea as well. We got a little ways but it was cold, wet and most of our efforts were spent staying upright rather than moving forward on the trail. We gave up shortly after and decided next time we would try to come back during the warmer months. 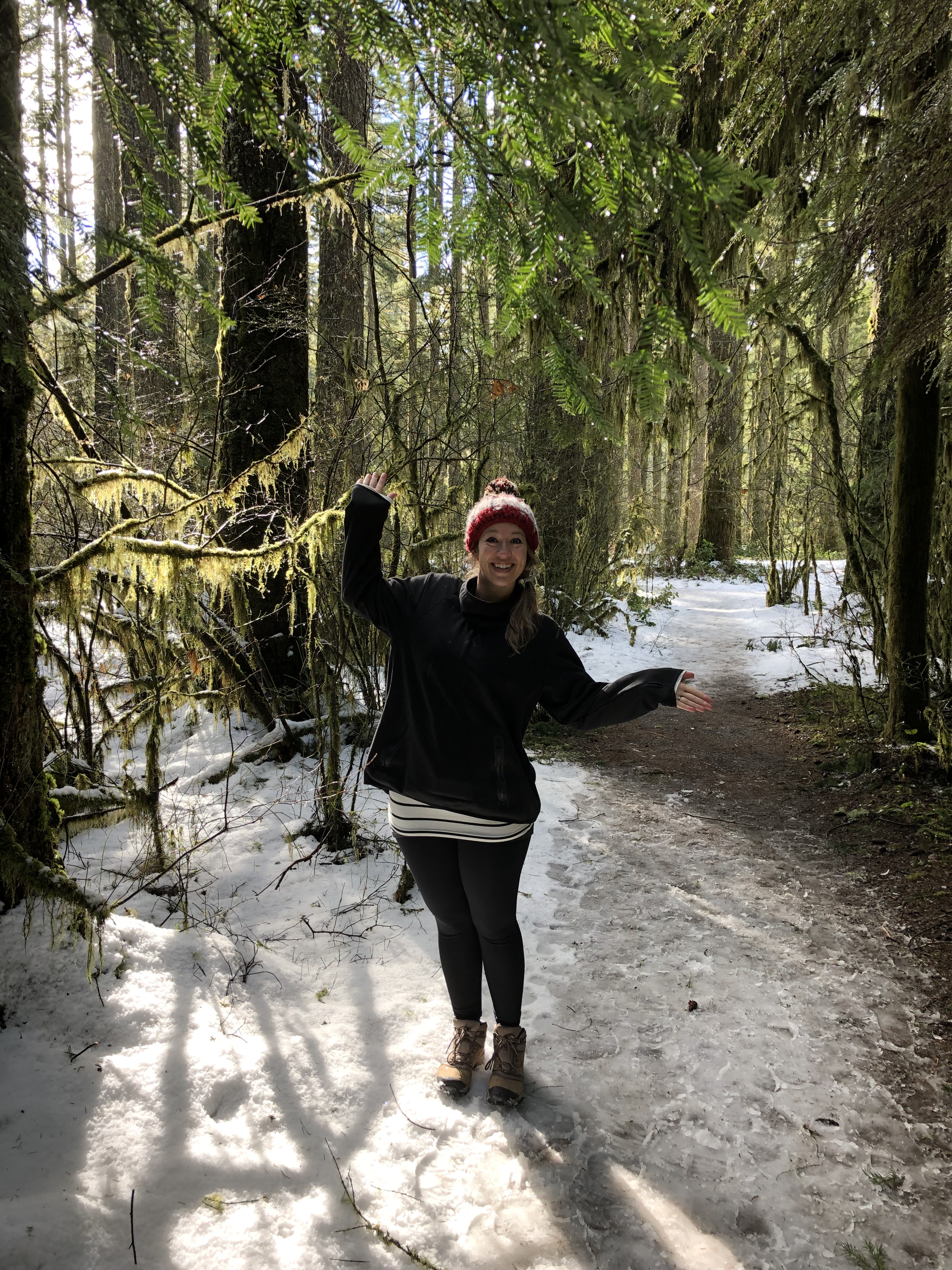 I very much think the area would be hikeable in the winter months, though locals did say it is usually very muddy. You just need to be prepared. We were prepared for a spring hike, not a sloppy winter hike. Silver Falls Oregon I will see you again one day, and hopefully on a much warmer and dryer day.