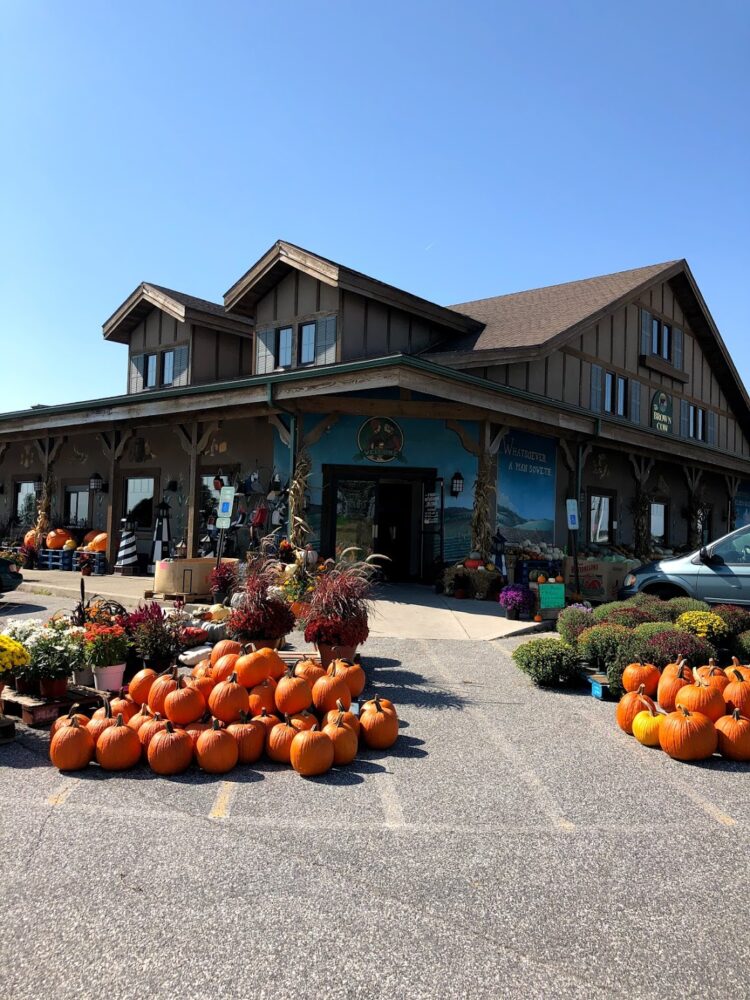 Fall 2020 I took a road trip through Pennsylvania. It was lightening fast, for family business and our destination was actually Georgia. But while we did see some really great things outside of Pennsylvania, the state stole my heart and I cannot wait to go back and actually spend some time there, rather than zooming along to our end destination. 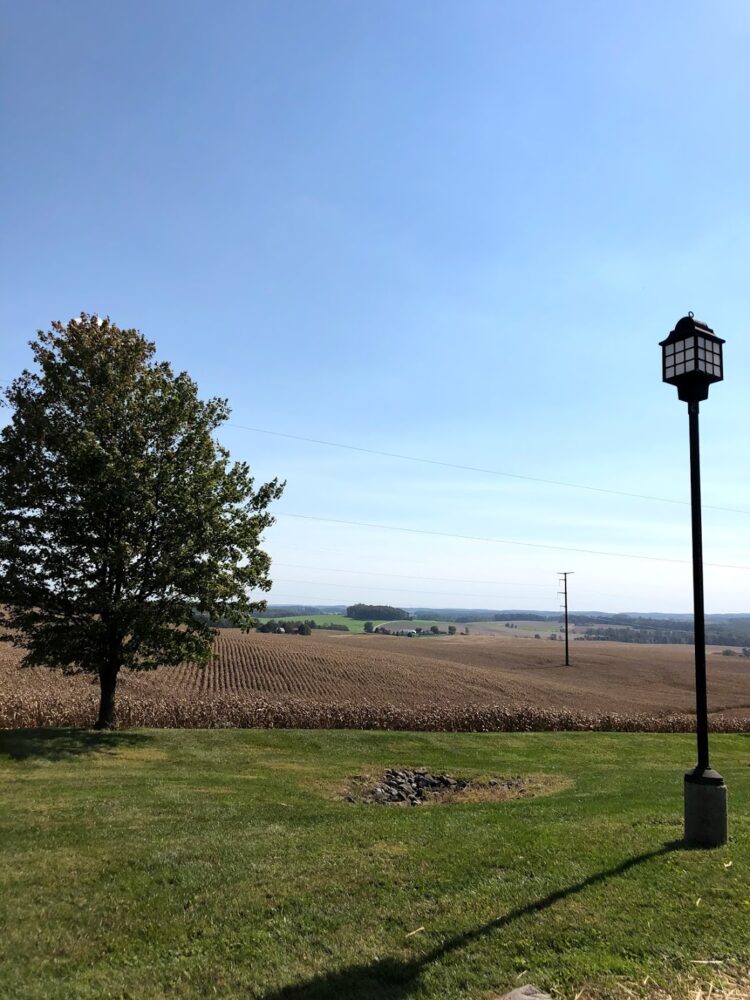 As with all trips I take there is a moment of supreme stupidity (entirely my own fault) that ends up being a great story later on. For example the time I got myself stuck in a subway turnstile in London.  This trip was no different, after a very long flight from the west coast to the Philadelphia airport we were looking forward to a nice dinner and early bed time. We got the nice dinner, but the early bed time would not come to pass. It should be noted that there are not one but two hotels with the word “Chateau” in the name, and if you don’t check carefully enough before asking your phone for directions you will wind up 2 hours north of the city in the Poconos. Which is exactly what I did. Once we reached our wrong destination and I got over the embarrassment of having made such a major mistake we settled in for what ended up being one of the single greatest steak dinner in a vintage ski resort of my life. We were the only ones there save for the waiter who may have also been the cook. And to be honest I wasn’t all that embarrassed, I felt bad for wasting my travel companions time. But we were laughing so much about it the entire trip it was obvious neither of us minded that much. 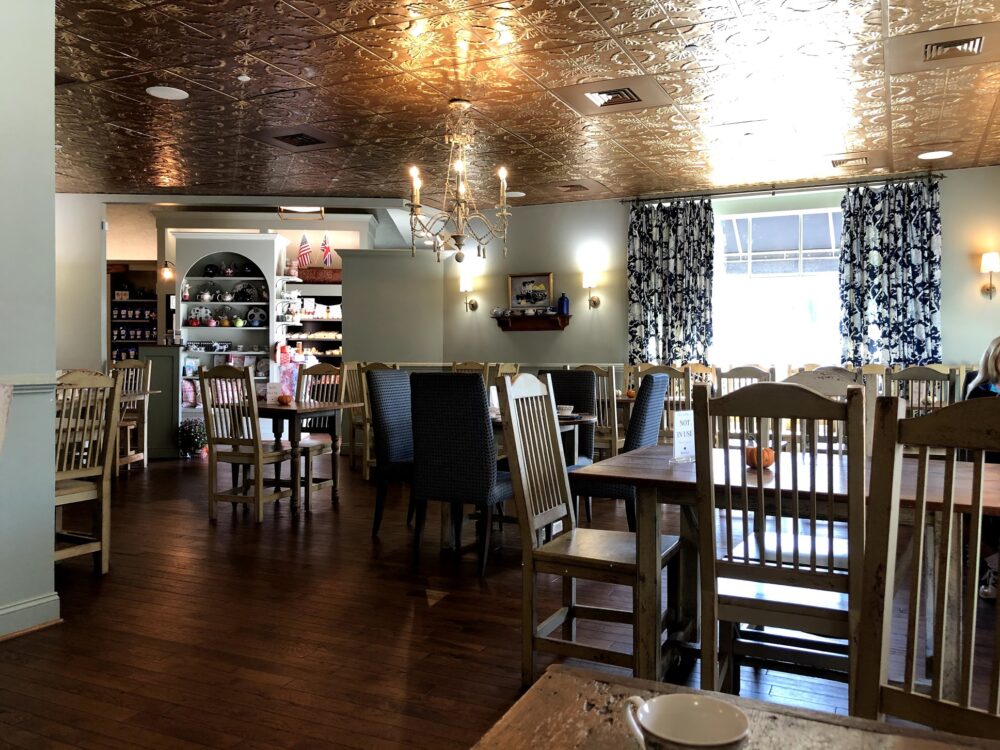 Once we reached our actual hotel for the night it was nearly midnight and while the hotel claimed to have 24 hour check it in took multiple phone calls and both of us searching hotel to find the man watching tv on his phone and smoking out by the dumpsters. All in all the adventure was starting off pretty typical for us. The next morning we had some business to attend to so we left the hotel quite early, grabbed coffee and eggs for the road and set off for the rest of our trip. We didn’t get far though because we stopped only by a small detour at the most delicious high tea I have ever had. A Taste of Britain in Strafford Pennsylvania is a delightful little stop with a full menu of tea, treats, sausage rolls and happily gluten free options as well. We filled ourselves to the brim, and took some sausage rolls to go knowing we had to make it to Virginia that night.

We stayed off the interstate as much as we could which meant our days were longer than they needed to be, but infinitely more fun. And while we didn’t have time to stop in every single small town that looked and felt exactly like England, we did make a stop at an Amish market to fill up on healthy snacks. And later in the day we stopped at a public park in Middletown Maryland to enjoy our dinner of take away sausage rolls and coffee before hitting the road again to watch the sunset through the Shenandoah Valley as we cruised south. I didn’t take nearly as may pictures as I should have but, I was driving most of the time. And we rarely made stops but it was gorgeous and I cannot wait to return to the area and take a proper road trip through Pennsylvania. One where I can take long leisurely stops quite often. 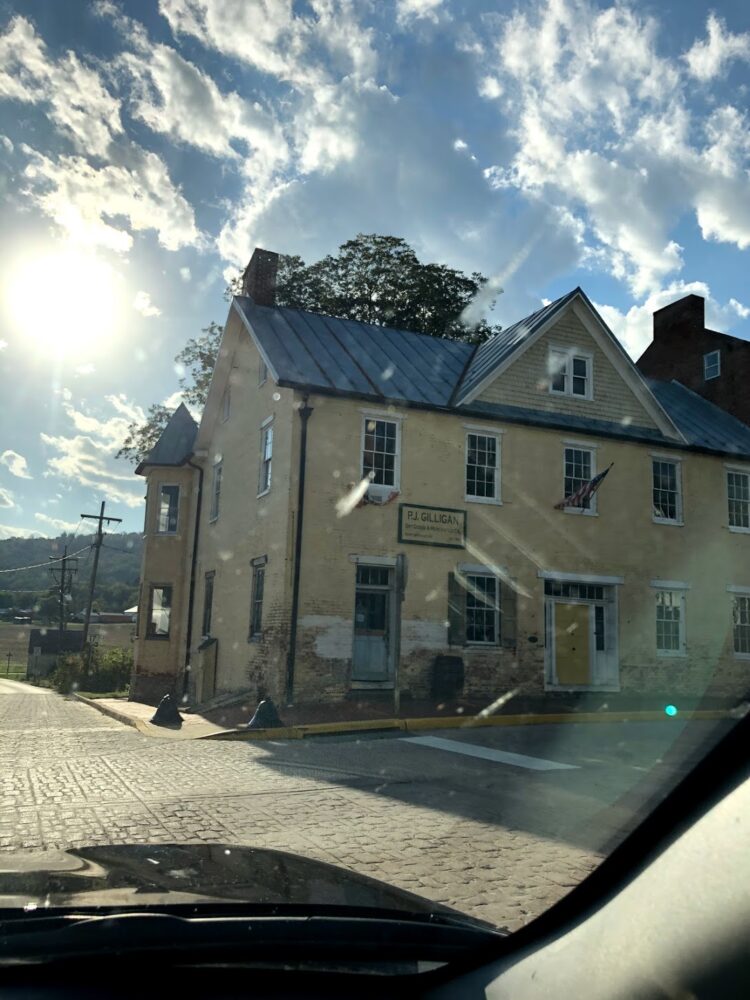