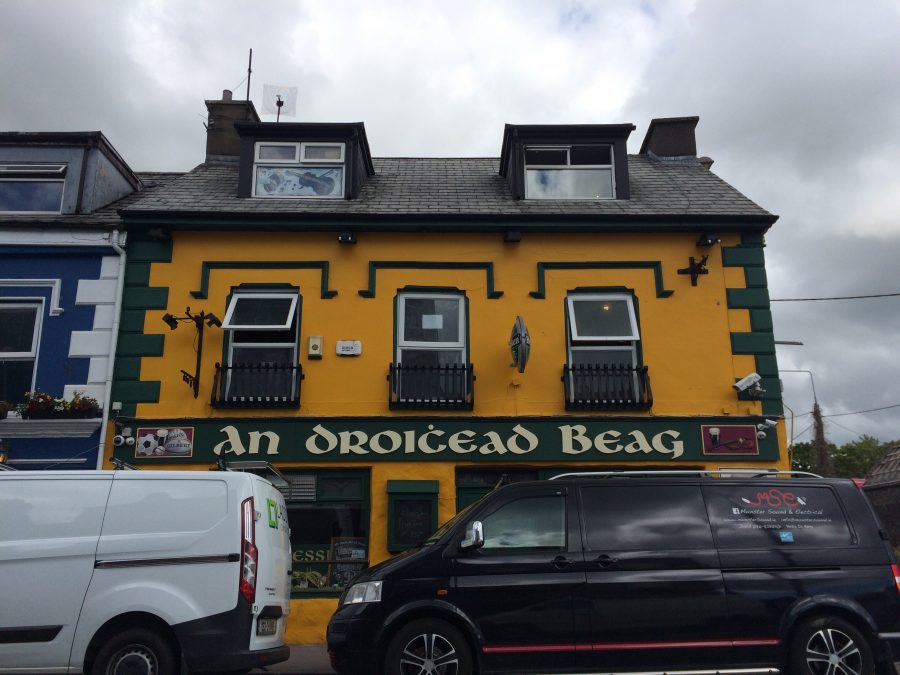 After we hustled out of the Marina Inn we walked around town a bit. My group since it took so long to clean up and dry off from the rainy hike was going to miss seeing Dingle, which is the largest of the towns on the peninsula. They wanted to wander around before it got dark and see what there was in town.
We found live music in a few places but they were far too busy to find a place to relax and enjoy it. Standing room only, and in one case the waitresses were having to come outside and go back in another door to get items to and from the kitchens. 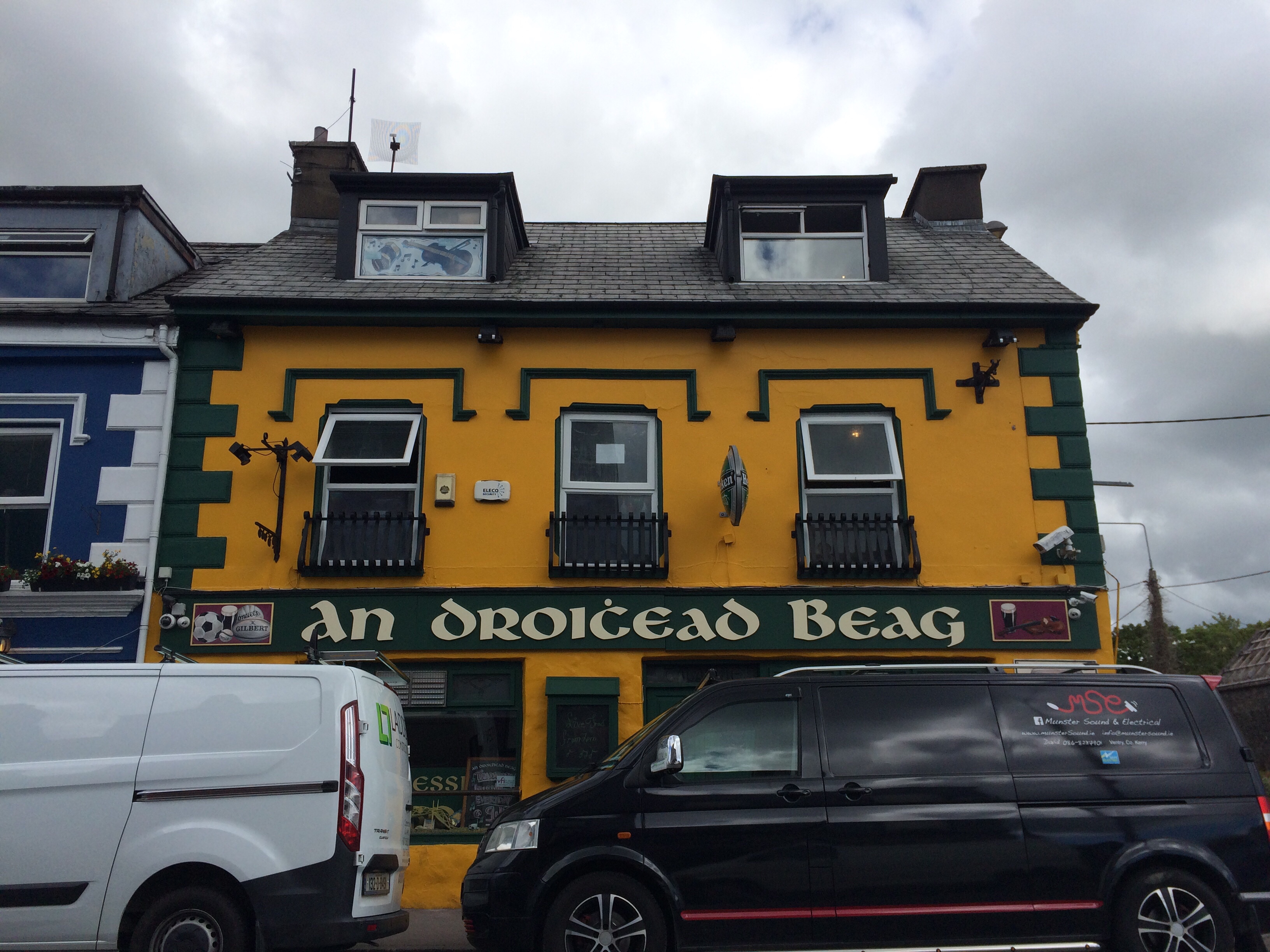 About the time we gave up we walked past An Droigead Beag, not knowing that it was a popular place for music we just heard some low-key music and wandered in. It was surprisingly empty so we grabbed a table in the corner and ordered drinks.
At first it was two local fellows playing, then they stopped. We thought it was over for the night, right when we got our drinks. But after a few minutes a woman joined the younger of the two gentlemen that had previously been playing. Who ever she was, she was amazing! Not many people came by, probably because it was more on the mellow side where as the other locations we had walked past were more of a party atmosphere but we loved it.
The bar itself was gigantic. Low ceilings, and cozy up front but as you walk back there was two more bars. Allegedly there is also a night club upstairs. It must have not been open the night we were there. We saw a lot of young party goers come in, go to the back and then immediately go back out again. We stayed until the young woman was done singing and then wandered back to our hotel for the night. It was a lovely evening all around.