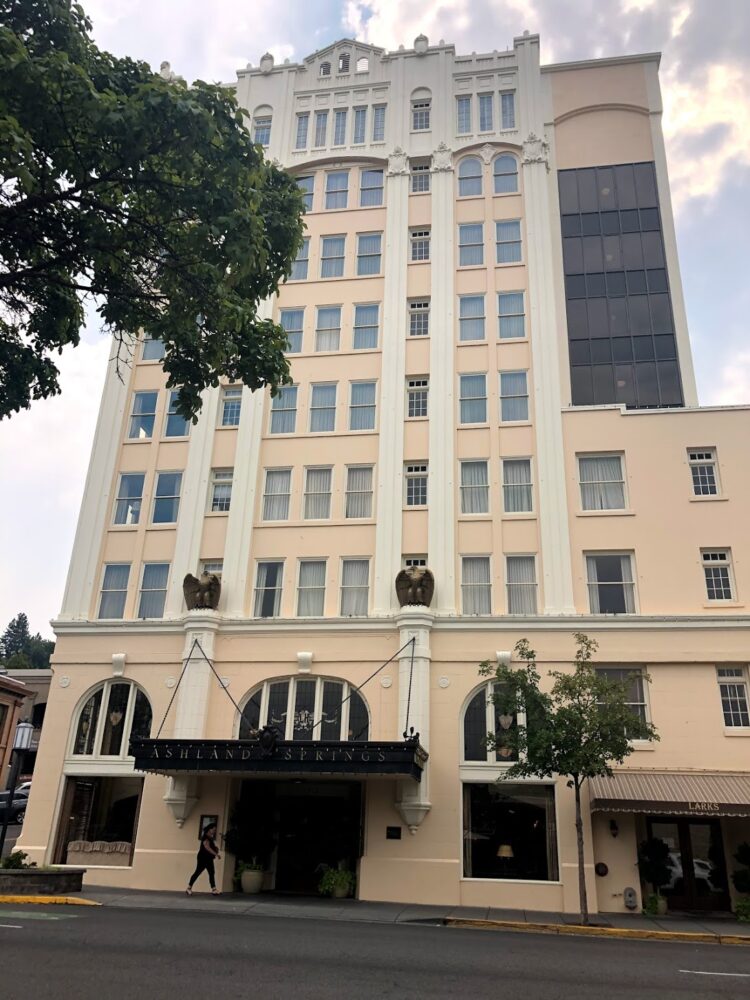 After leaving Klamath Falls we headed west and unfortunately closer to the fires but also closer to a more happening town. As is typical with my summer road trips we breezed into and out of Ashland Oregon in 24 hours but we had a blast while we were there. Ashland Oregon is known for its annual Shakespeare Festival is supported mainly by the lively arts and restaurant scene that built up over the years to the festival and the local college.

First things first we checked into the Ashland Springs Hotel which was built in 1925 as the tallest building between Portland and San Francisco. It is also reportedly haunted though we noticed no odd happenings or bumps in the night other than the fact that all of my pictures look slightly redish pink because of the smoke from the fires near by.

The hotel is on the National Registered of Historic Places and as such was renovated in a more historic style that it had existed in its prior life as the Mark Antony Motor Hotel. Very comfortable and cozy rooms.  We didn’t spend much time lazing about as we only had a short amount of time to explore. It was clean, comfortable, the air conditioning worked great and the staff was extremely friendly. 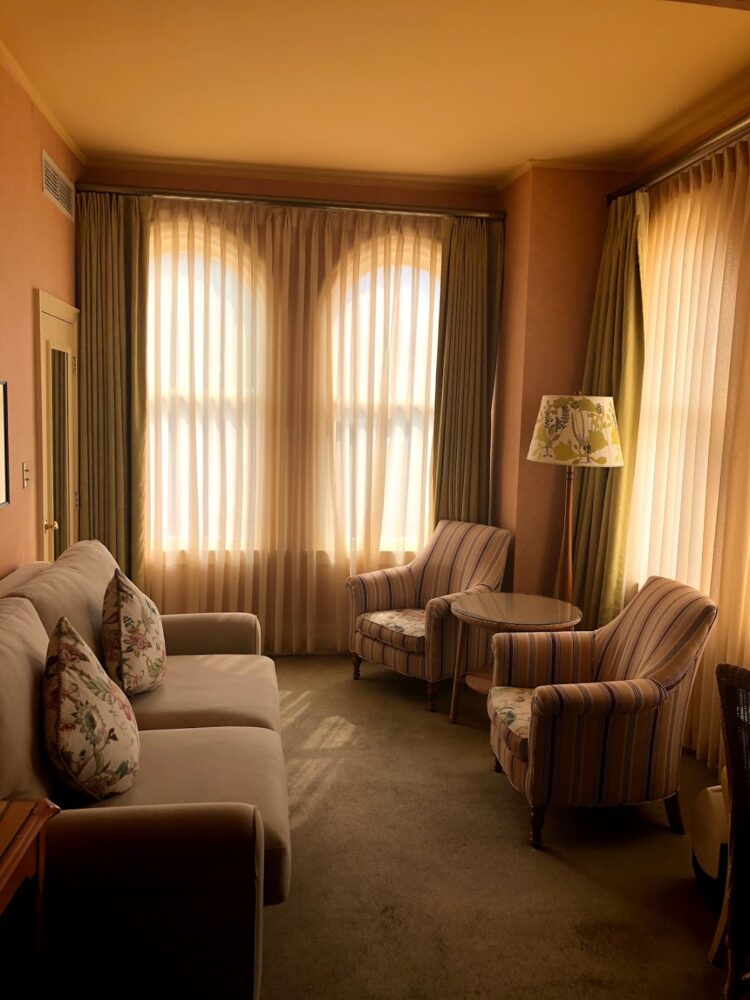 The room came with free breakfast but due to the pandemic is wasn’t as robust as it would have been in different times. Retrieved in one of the ballrooms you were however free to eat anywhere within the hotel and we chose the balcony overlooking the lobby which was very pleasant and great for people watching. 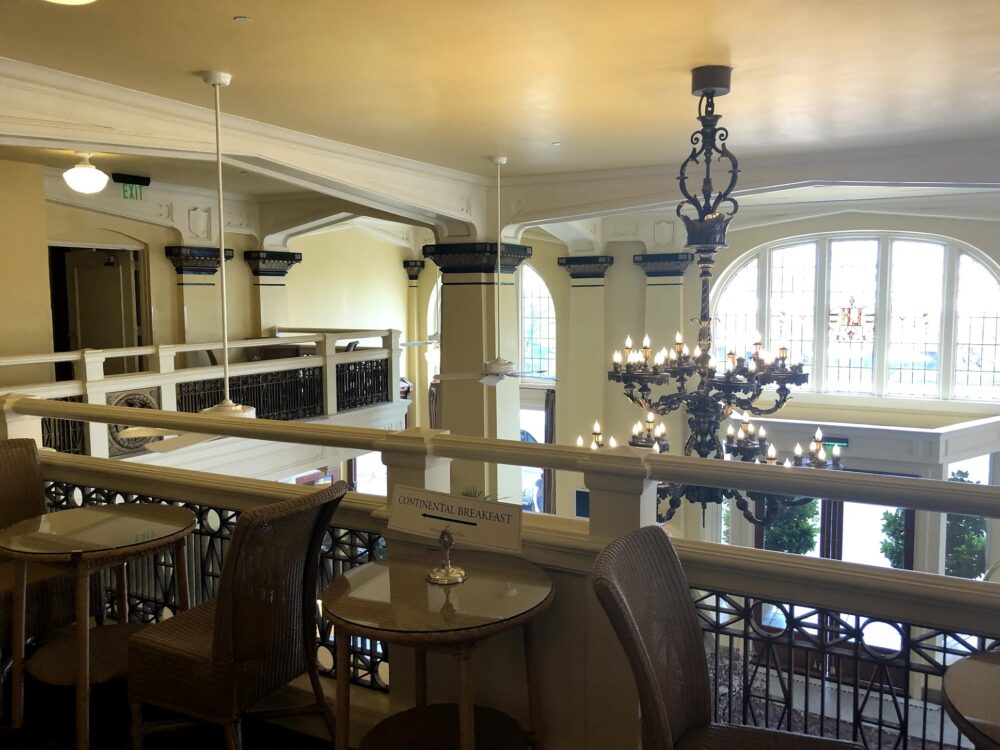 We spent most of the day shopping since we knew we had to hit the road the next morning pretty early to make an important lunch date. My favorite stores in town were the book store (big surprise) Bloomsbury Books and a home store called Jupiter Row. The entire downtown is stuffed with cute shops, boutiques and great food choices. Back behind the main street is Ashland Creek which flows out of the 93 Acre Lithia Park which includes an outdoor music venue, hiking trails and a Japanese Garden among other features. This creek front area has a walking path where most restaurants have outdoor seating and there are often arts or farmers markets lining the area. 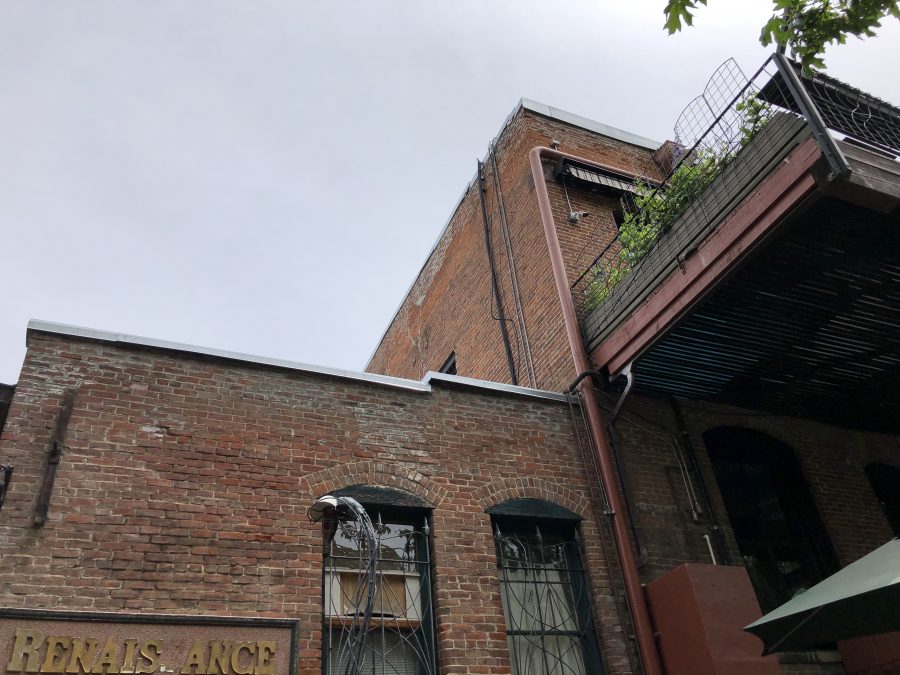 The creek while quite small packs a punch, there is higher than normal levels of lithium in the water due to natural geologic features, and there have been a number of studies done on the general mental health of the residents of the area showing a marked uptick in happiness. 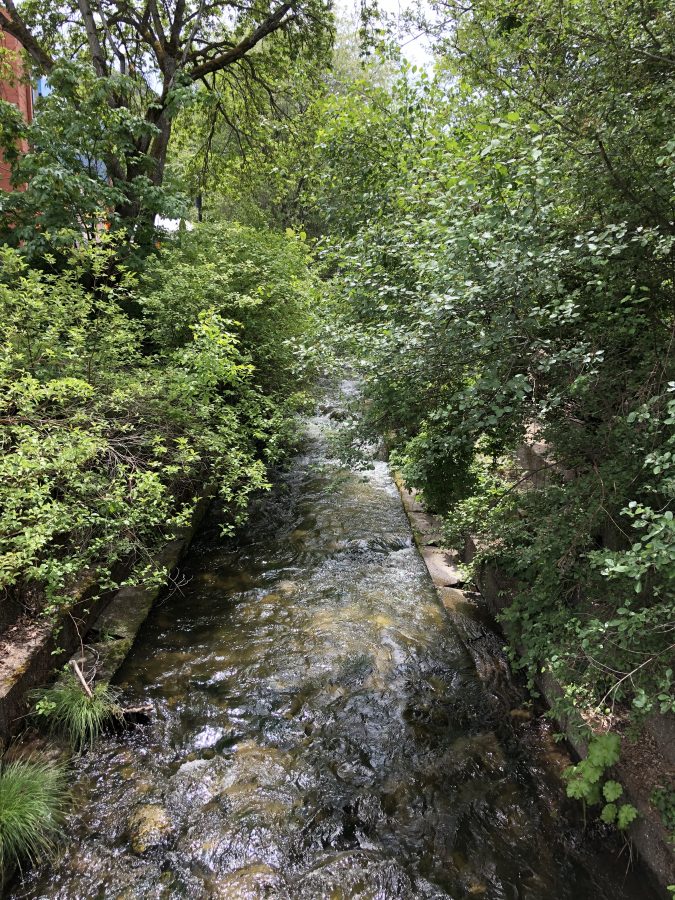 After we went in nearly every single shop and walked around the park a bit we decided on a British Pub for dinner. The Black Sheep is upstairs in a building on main street, and decked out pretty much exactly like a British Pub should be, dark, cozy, lots of TVs blaring soccar games, lots of beer and delicious cozy food. 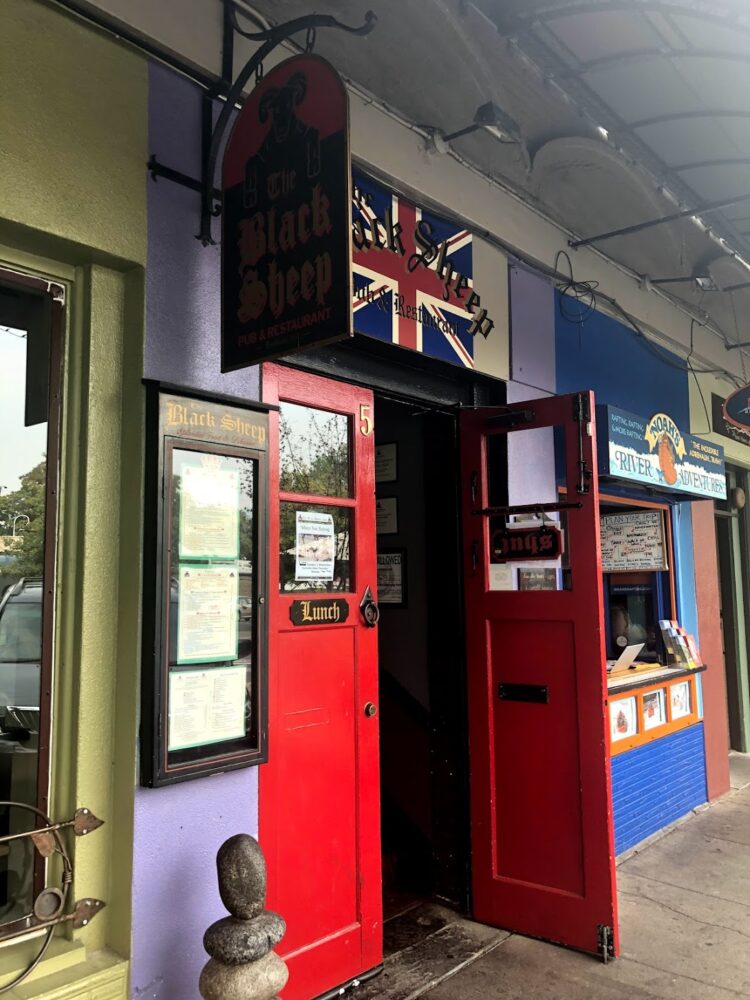