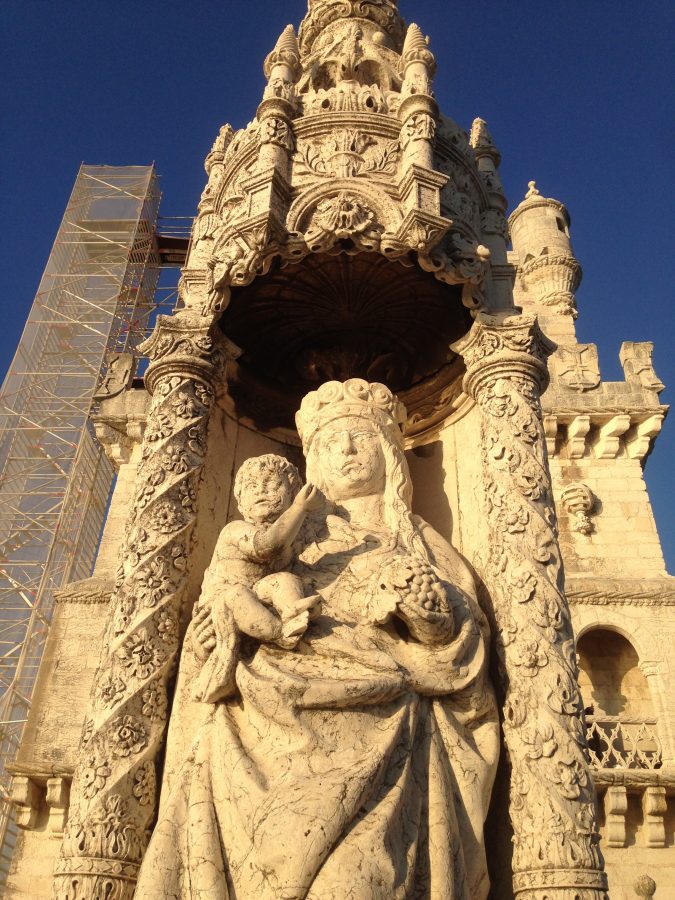 If you have even once looked up information about Lisbon you have probably seen a picture of the Belem Tower. The image seems to be synonymous with the city itself. The tower was originally built in the 16th century as a ceremonial gate to the Tagus river continues to stand today as a UNESCO word heritage site today. 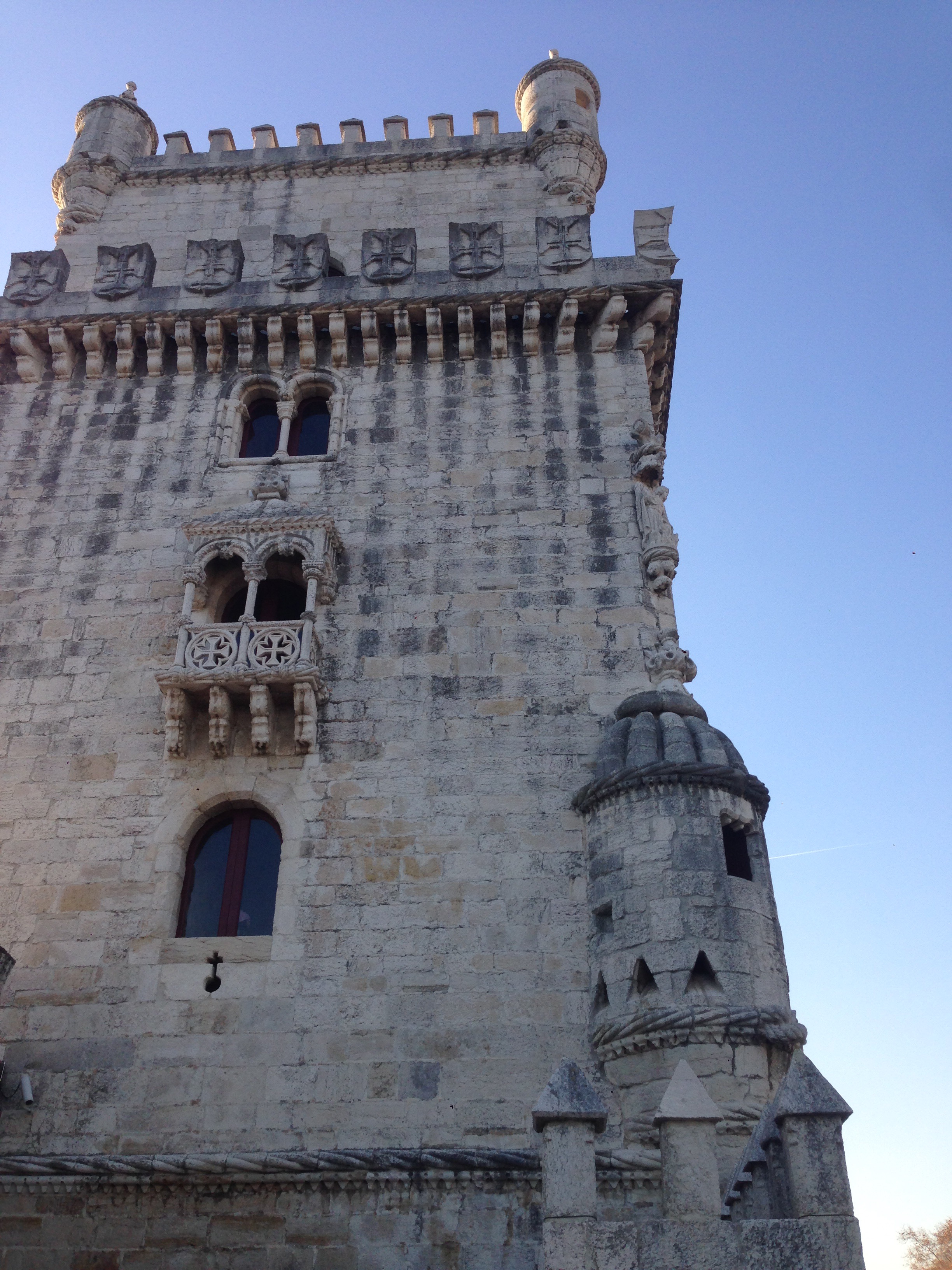 I could go on and on about it’s history and architectural style but there are plenty of sites that will give you far better information than I ever could.

Instead lets talk about getting there and what to expect. 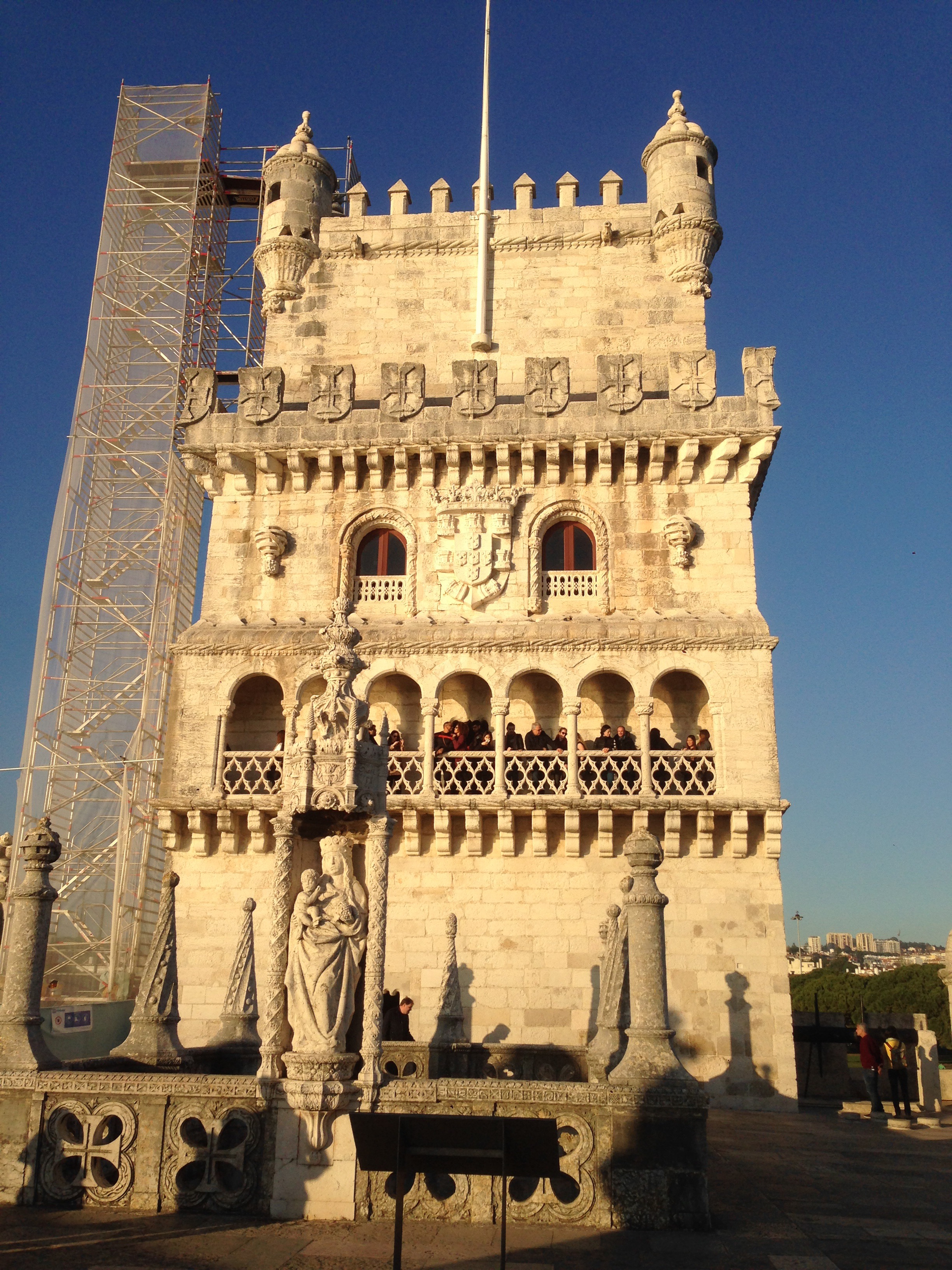 I was having a hard time getting a picture of the tower itself, we were there at about sun down, and no matter what angle I approached the exterior it wound up in deep shadow. Despite the poor lighting for exterior shots I would probably go back during the same time of day. Being on the waterfront at sun down was nothing short of stunning. 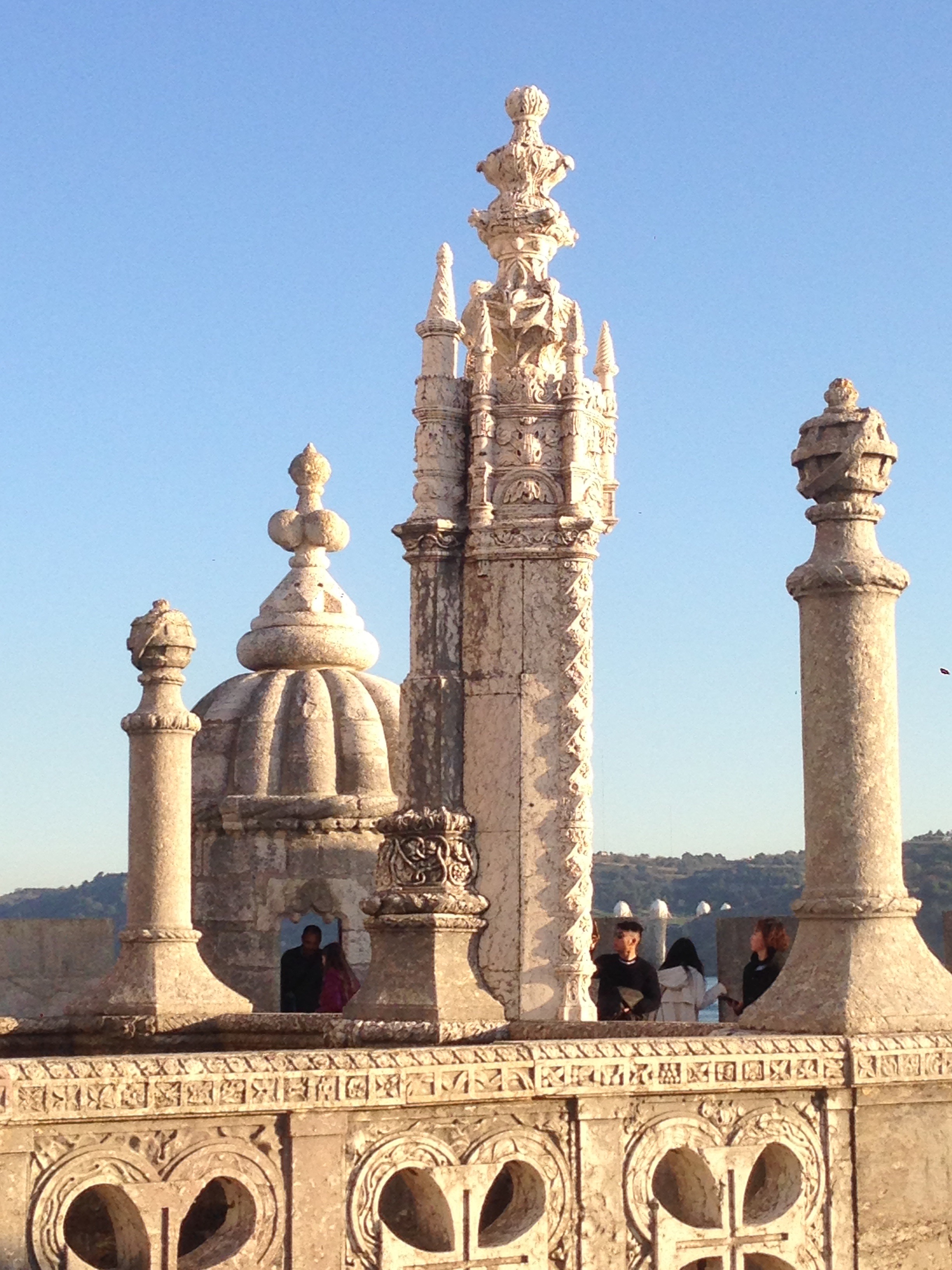 There are also several food and beverage carts in the area, a wine cart (which my mom recommends), a hot dog cart (which my husband recommends) and a froyo cart (which I really wanted to try but it was too cold). So I would highly suggest timing your visit toward the evening on a warmer day, so you can tour, then sit and relax with a treat and enjoy the sunset. 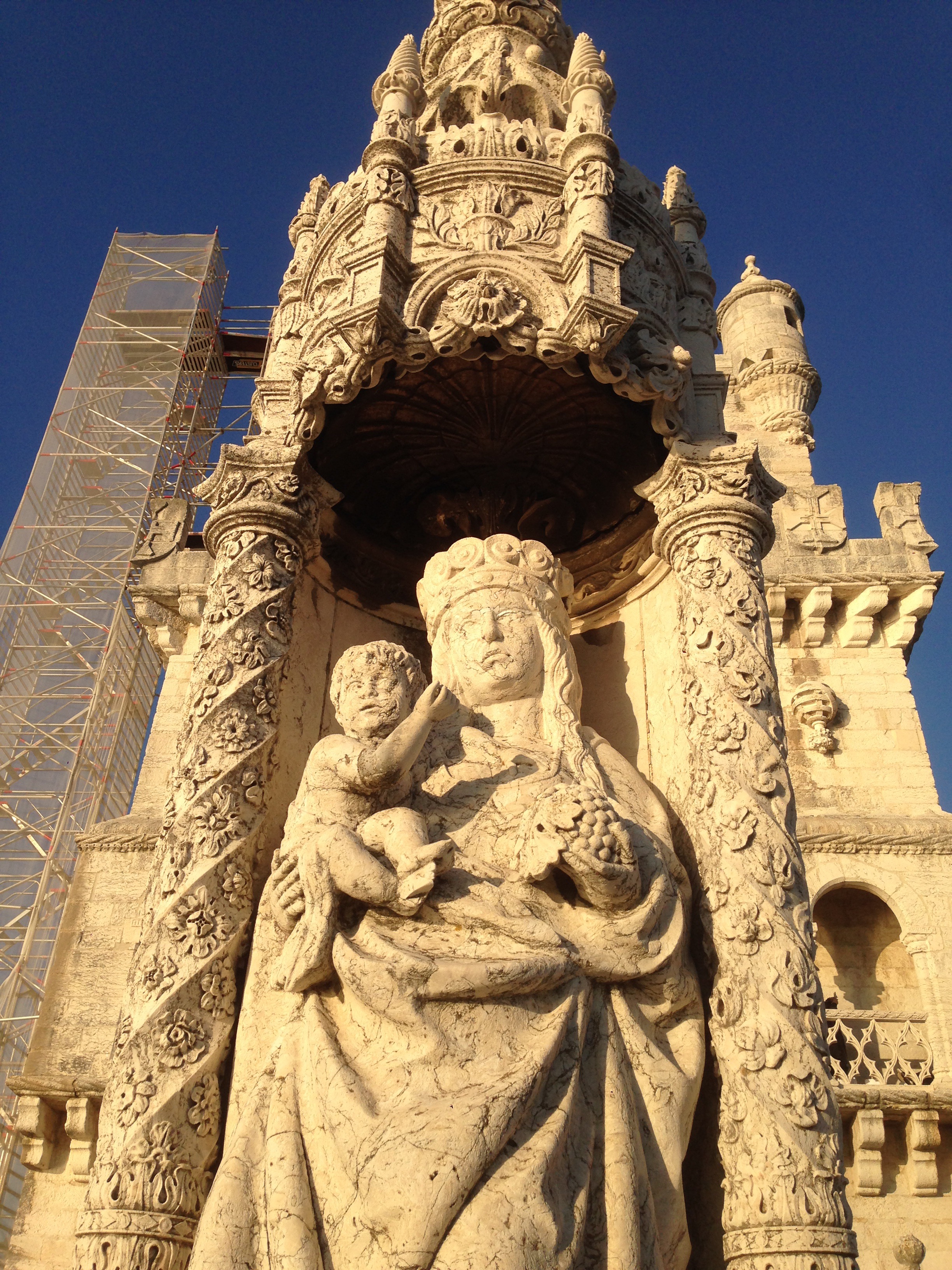 The tower is in the Santa Maria de Belem neighborhood. To get there take tram 15 and exit at the Belem stop. Tickets for the tour are bought at the Jerónimos Monastery where you can also get tickets to tour the Monastery itself, and several other sites in the area (except not the Maritime Museum as discussed here). To get there, walk toward the water and west along the river bank. You can walk straight there along the highway and cross over on a foot bridge, or walk under the highway near the Padrão dos Descobrimentos and walk west along the river bank. Though if you do this, since there are a few small boat moorings you will have to walk around them in a couple locations, it is however the prettier route. 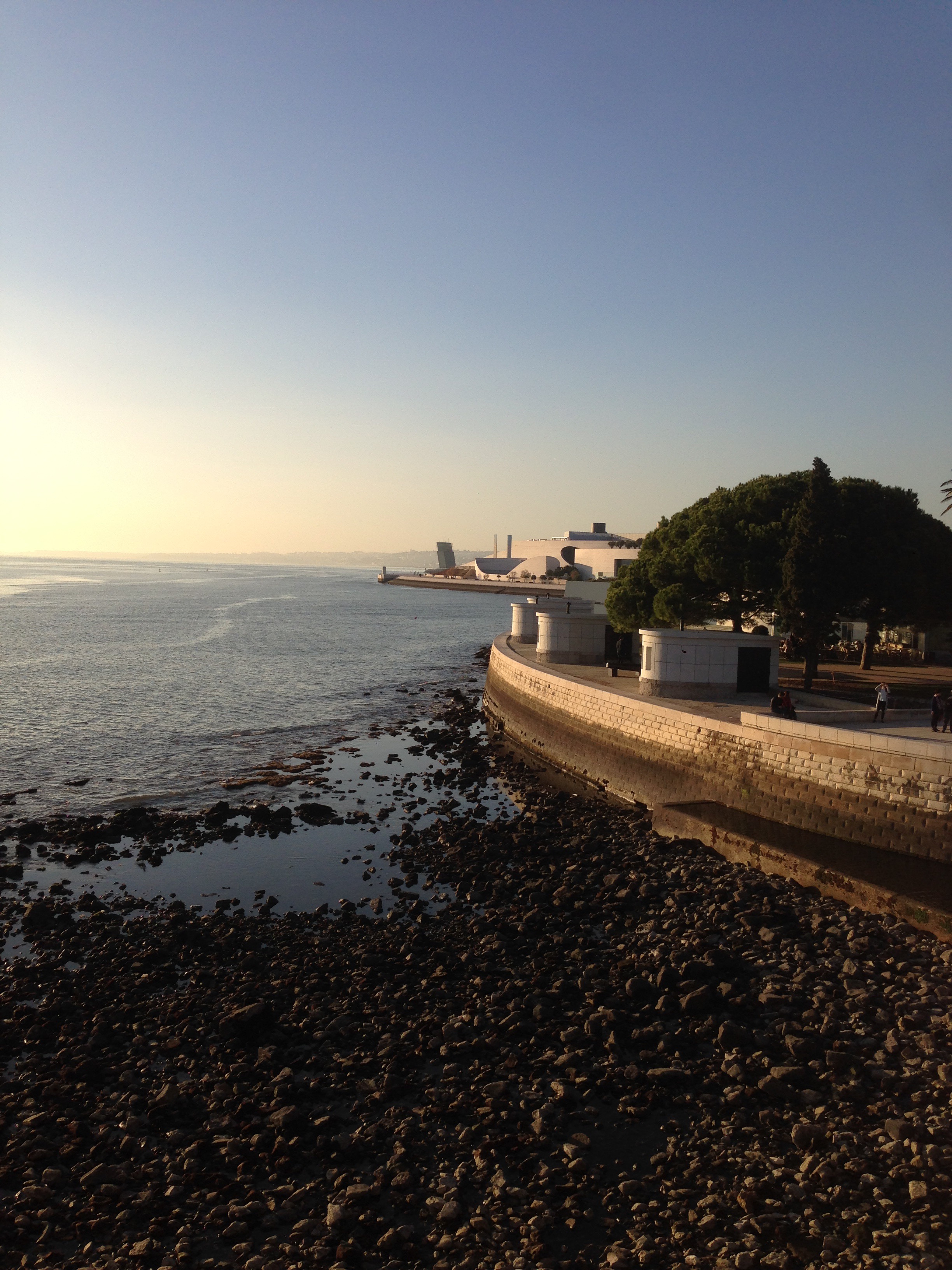 The structure itself is quite small, you enter via a small bridge weaving around all the selfie takers and slightly confusing lines at the small door entrance. One line for getting in, one line for getting out and a small line coming the opposite direction to get back up onto the platform and tower. 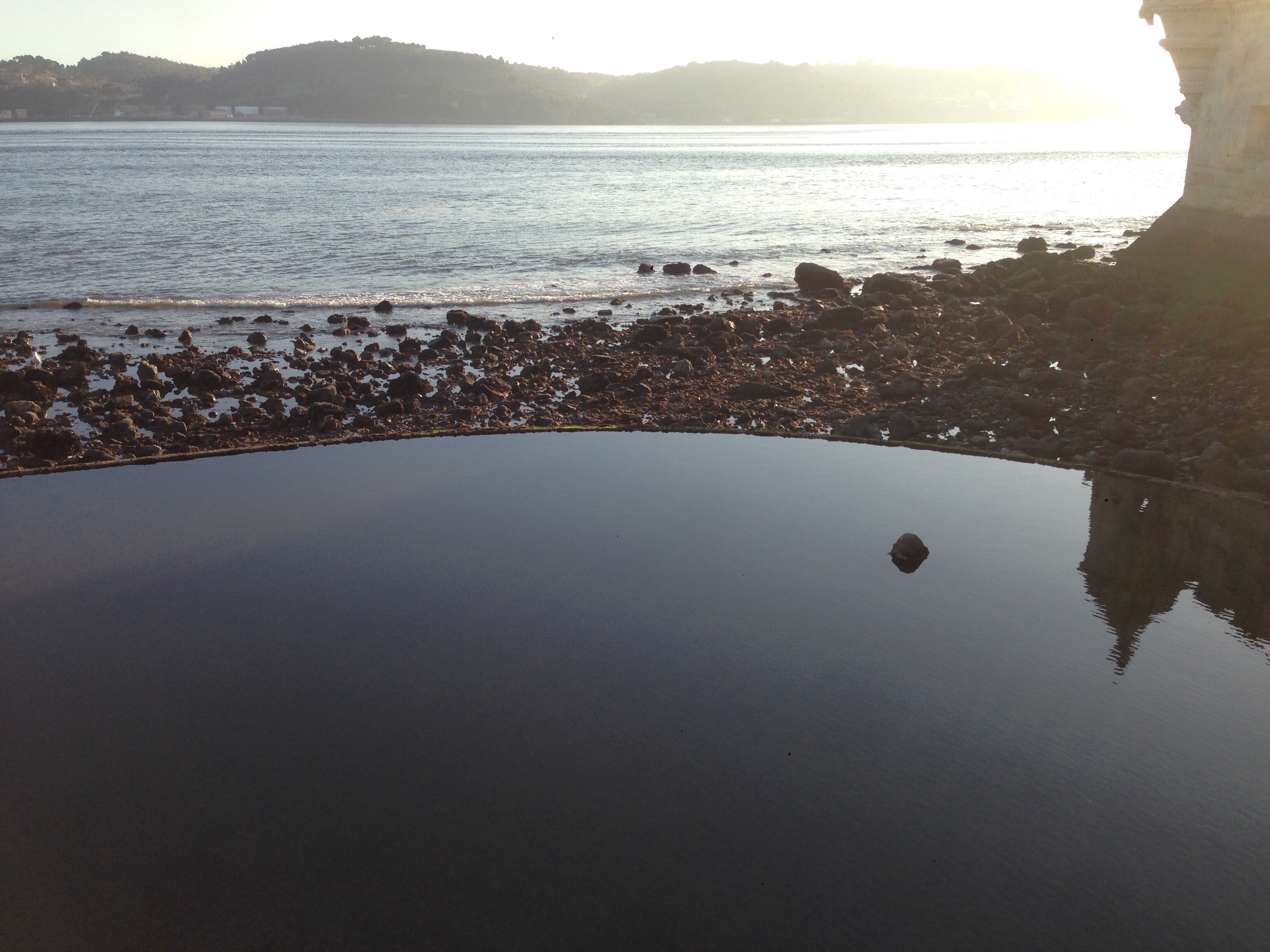 The bottom of the structure holds a small prison and gun slots. The upper platform has small turrets for keeping watch, and then the tower itself which I did not go up because of the sheer number of people waiting to go up a VERY narrow stair case, leads I am sure to some very stunning views. My lower views were just fine by me. Looking west you can see the large opening of the Tagus where it meets the Atlantic. And looking east you can see the 25 de Abril Bridge and the Crito Rei statue up toward to the Tagus estuary. 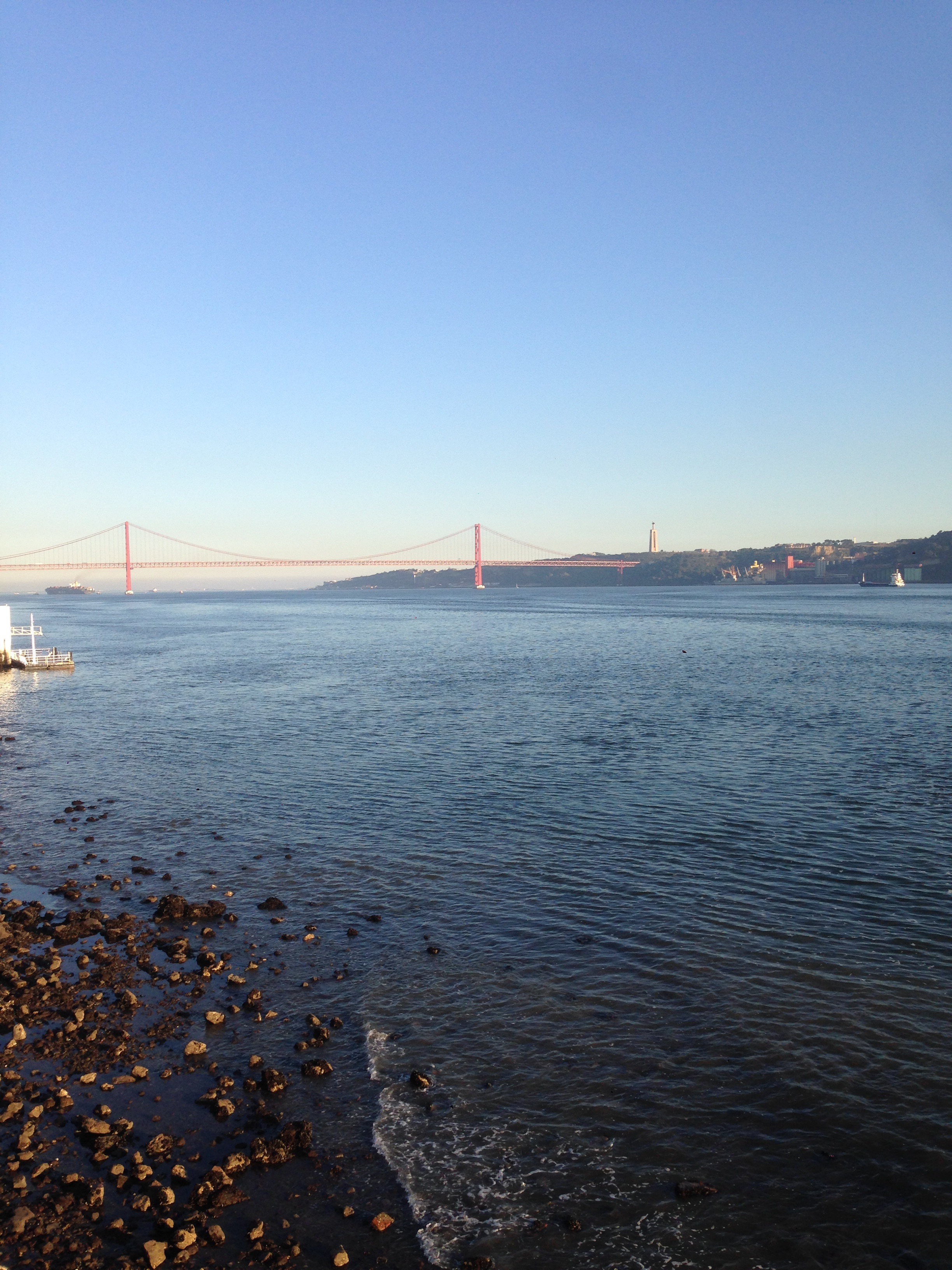 The 25 de Abril Bridge is the largest suspension bridge in the world and while it looks nearly exactly the same as the Golden Gate Bridge it was not built by the same maker. It was however built by the same US maker that built the San Francisco – Oakland Bay Bridge. Side note a fact we learned from one of our drivers, the Tagus River while quite large is actually very shallow, you can see in the picture above a large shipping barge which is about as far as larger ships can make it up. The cruise ships dock just past the Alfama district and after that the river estuary is impassible for larger boats.