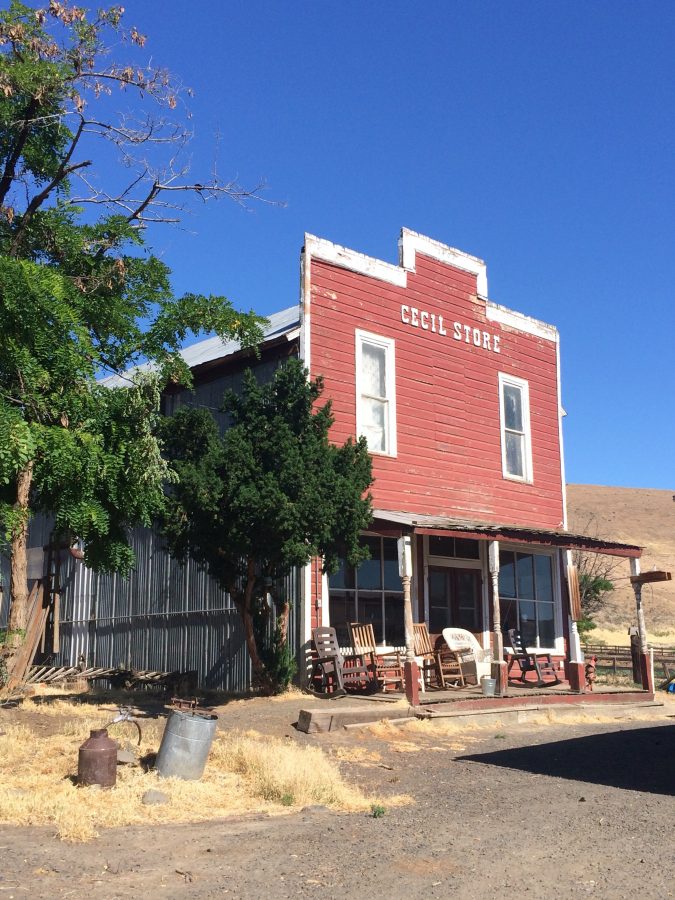 Cecil Oregon today is no more than a few grain silos, a couple of houses and a store front that hasn’t been operational since the mid 90s. It was up until 1994 a stop on the Heppner branch of the Union Pacific Railroad, but in 1993 the company filed for abandonment and by 1994 all traces of the tracks on the line were gone. As such many of the towns that were serviced by the line are now also abandoned. 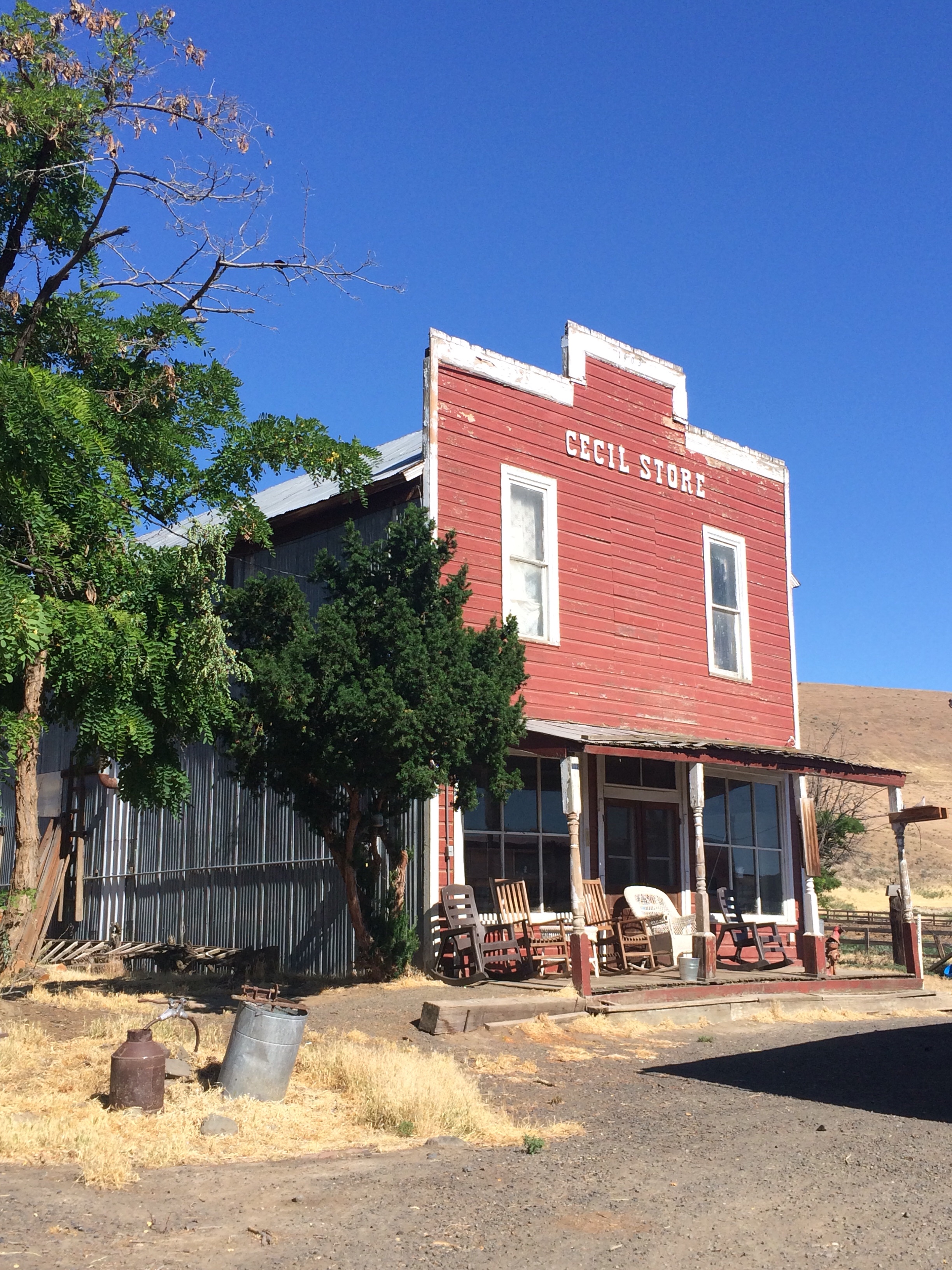 The site sits on a narrow stretch of the Willow Creek and before the town was established it was a crossing for the Oregon Trail and an important stagecoach route. The town was established officially in the late 1800s and with a operational post office from 1902 to 1974 as well as a gas station and store (pictured above) serviced the small town of 15 for a number of years.
The store, the only thing we could find still standing of what would have been the original town appeared to occupied by someone who has made it their home. As such we chose not to poke around the area too much for fear of bothering the residents. But the store still stands as cute as ever with its painted facade and wide porch.