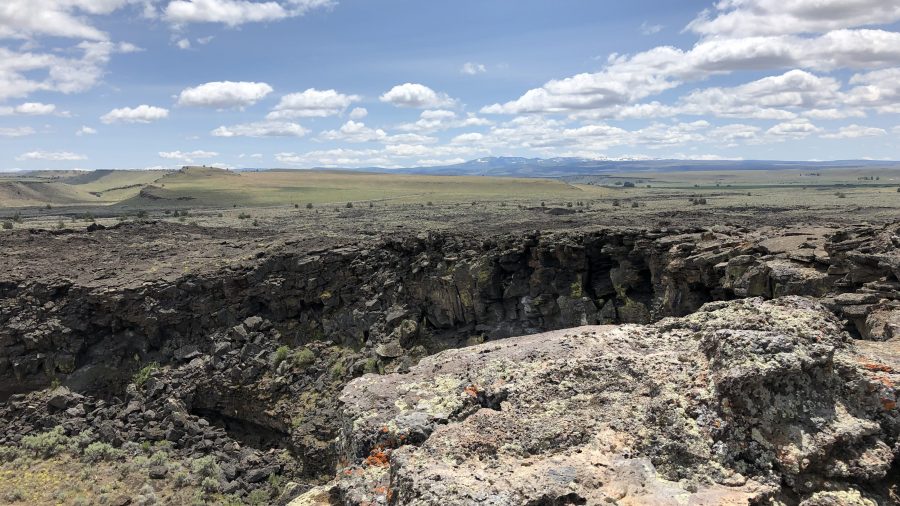 No these craters do not have diamonds in them, the Diamond Craters in Malheur County Oregon are rather located near Diamond Oregon. They are are monogenetic lava field that covers 27 square miles of lava flows and cinder cones. 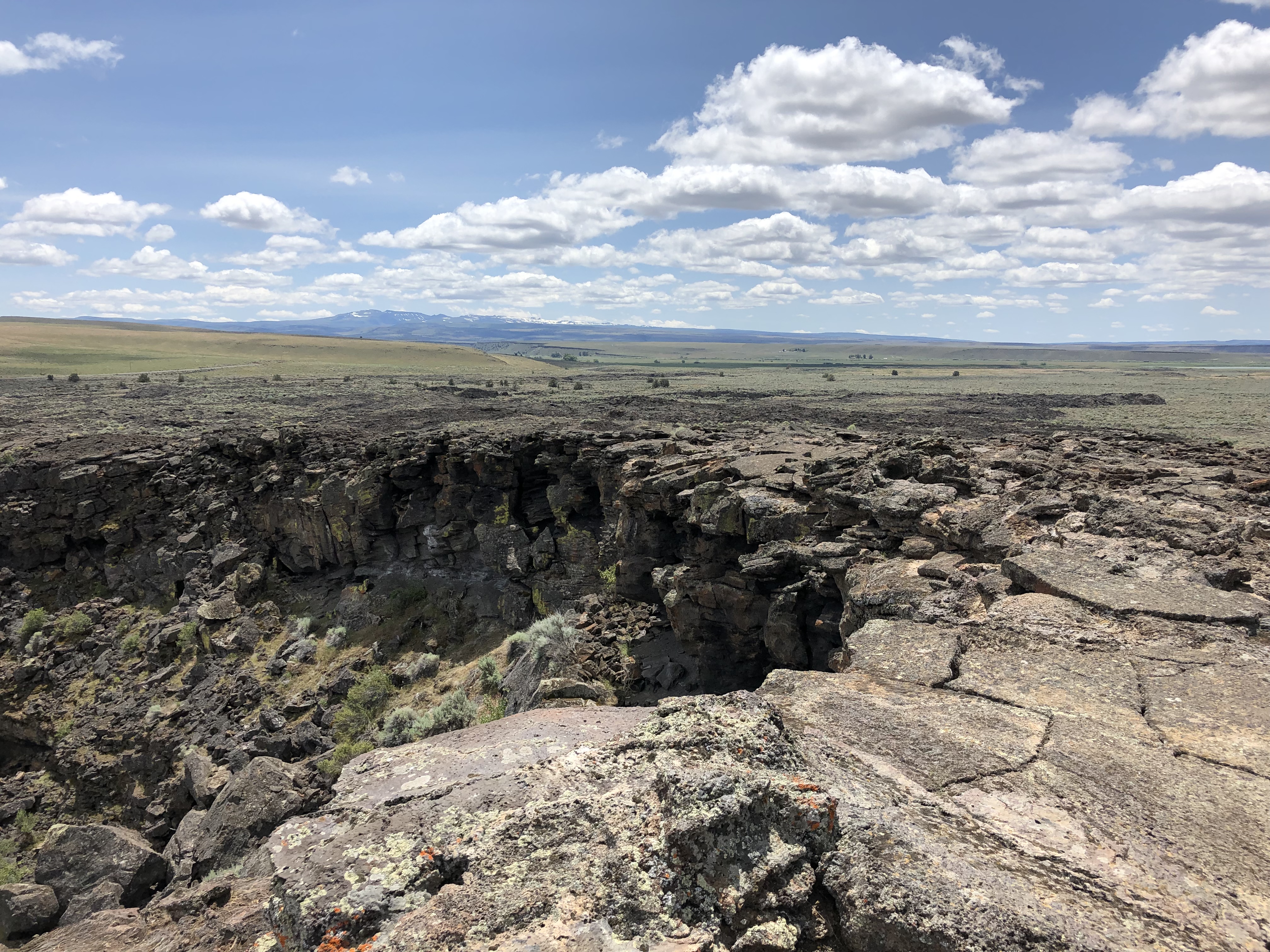 We were in the area as a part of a larger road trip and wanted to check it out and maybe do a little bit of hiking but we were ill prepared for what awaited us. Which is just a very dramatic way of saying, this place is big, hot and there is not a single ounce of shade anywhere.

Carbon dating suggests that the lava fields were created roughly 7500 years ago. The craters themselves were officially named after the Diamond Ranch which once occupied the area and was owned by a man named Mace McCoy. In the 1970s there was a bit of hub-bub about the area due to a large volume of stone cutters taking lava slabs to sell. This prompted the Bureau of Land Management (BLM) to step in and offer protection for the site.  Today it is maintained as an Outstanding Natural Area, which was made official in 1982 to protect the land and preserve it for public recreation. 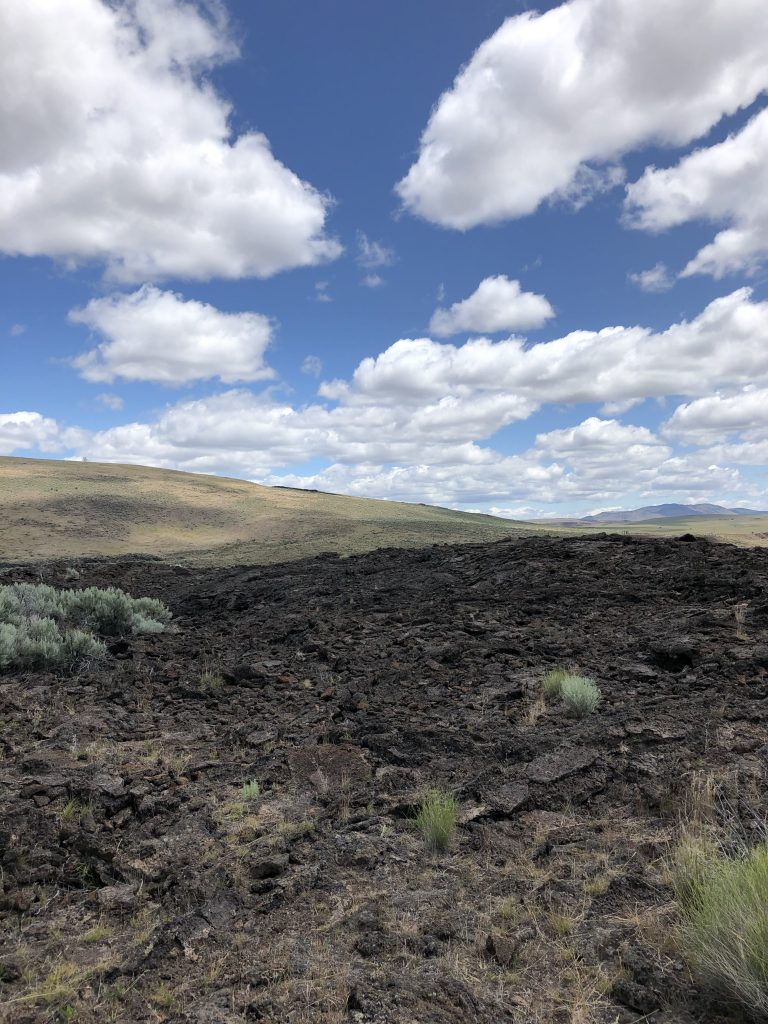 We showed up mid day after having spent an inordinate amount of time at  the Peter French Round Barn. We didn’t realize how big the area was going to be, and we didn’t really look that much into how to enter the park itself.  We wound up spending a lot of time driving around on the BLM roads trying to find the craters, and after scaring our selves several times about getting stuck in soft sand and no one being around to tow us out we chose to sit on the edge of the one crater at the entrance of the park and eat lunch. 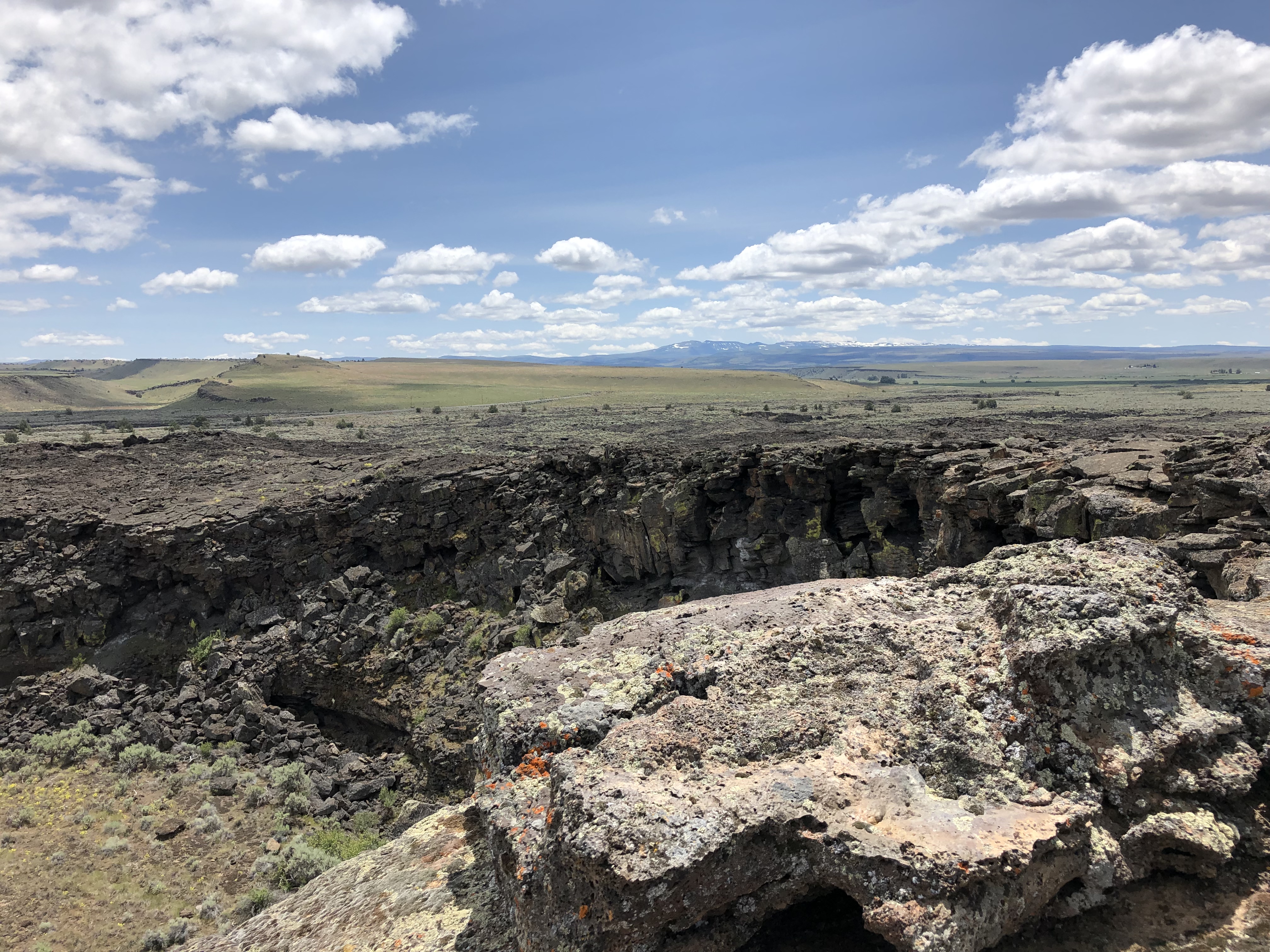 If visiting lava fields, hiking in them and/or photographing them is your thing. This is a great place to visit and should not be missed. Do your research, plan to be there early. Have a map and a compass (there is no cell service), bring lots of water and sunscreen and wear a hat. Also I would suggest wearing snake boots, and checking about 40 times for ticks. And make sure you are driving a four wheel drive car. 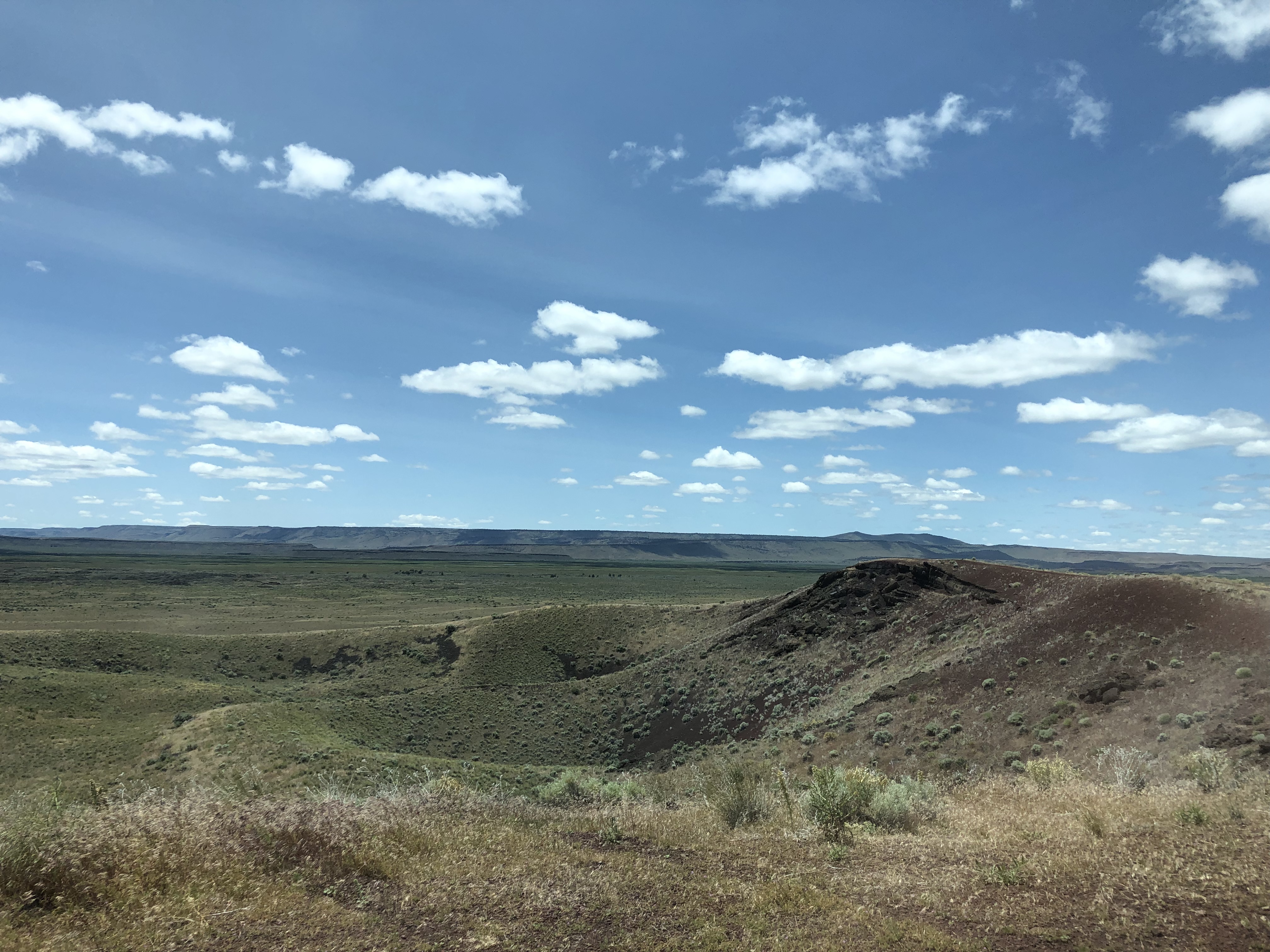 The Diamond Craters are amazing, there is so much land to see, so many stunning views and so many places to hike or run around in an all terrain vehicle. I wish we had given ourselves more time, but it was mostly a curiosity stop as we had bigger ideas in mind for the trip. If I ever find my way out there I will most certainly be hiking the Diamond Craters. 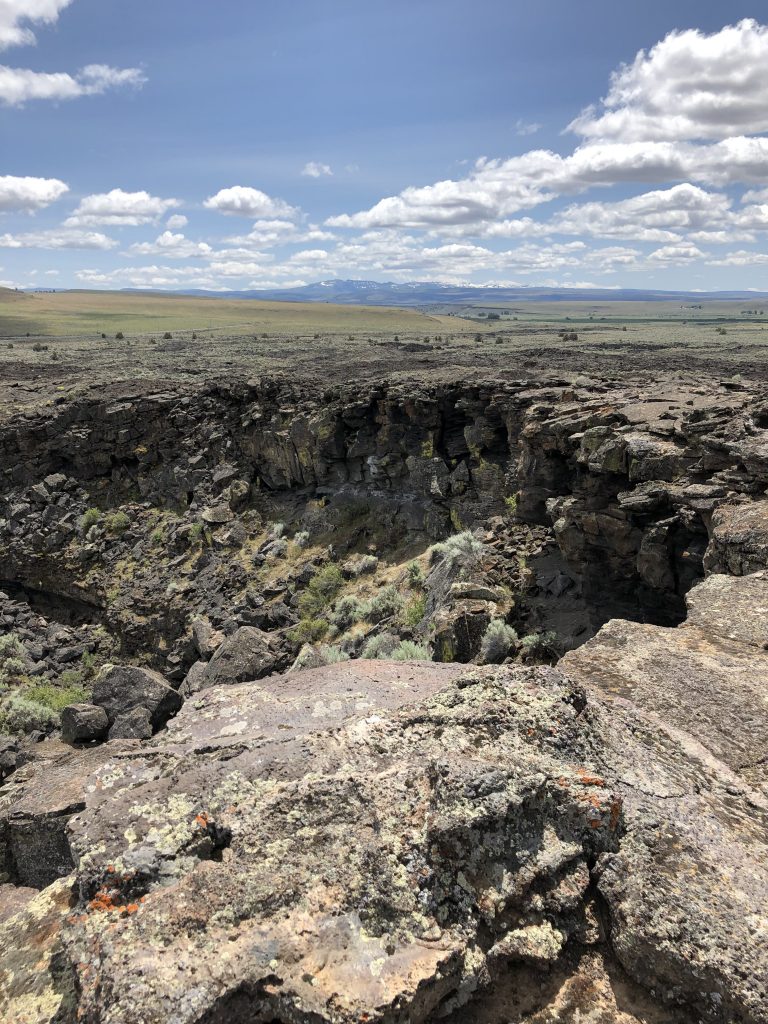