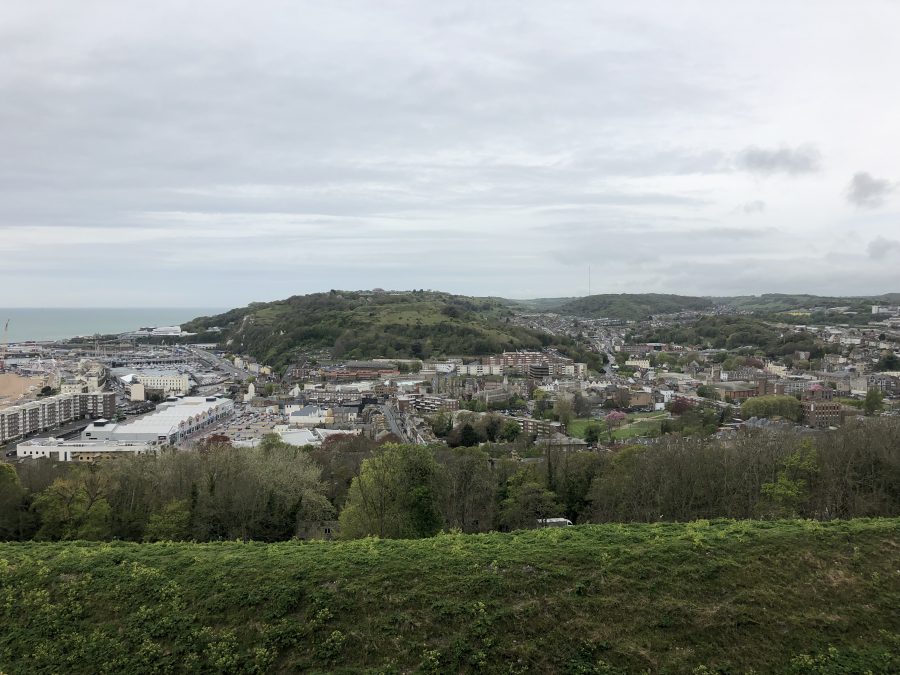 Dover England was not the place I expected, it was both much worse and much more amazing than I was imagining. And even though every person who had been to Dover and who I had told I was headed to Dover exclaimed “Why on earth would you go there”, I am so glad we did in fact go there and I would actually go again.

Dover is situated on the South Eastern shore of England and it is the point closest to mainland Europe. As such it has been a major port for most of England’s history and continues to be today. The main industry in the area is obviously the port and all the jobs associated with shipping, receiving and maintain the massive ferry port which bring both people and goods from Europe by way of Calais France.

Despite the fact that it got heavily shelled from cross channel guns during WWII, it has some of the oldest complete buildings in the country. Including some excellent examples of early Norman and Tudor buildings. As well as a museum dedicated to a painted roman house that was unearthed in the area. As a large communication center for many wars there are a number of memorials and museums dedicated to its military history which is ultimately why we were there. That and we wanted to watch the boats come and go from the port.

Dover sadly has a fairly high crime rate, though I don’t think this should deter people particularly interested in the unique sights of the area. The majority of the crime stats are sadly related to domestic violence, which sort of goes hand in hand with such an incredibly economically depressed area. The entire high street was boarded up and the streets were full of people on the down and out. Including several large groups lining up for soup kitchens from local churches. And even despite all this you can find numerous articles online talking about how much people love living in Dover and doing everything they can to turn the community around.

We would later learn that the port manager changed in recent years and the first money saving action was to lay off all full time employees and only hire contractors, which normally come into town for work rather than live in the area. Leaving most people without jobs.

That being said we were there for two days and had no issues. Our hotel manager was such a gem, he actually drove us around a bit because it was raining and we had about a mile to walk to Dover Castle which is what we were planning on touring while there. We had stellar food at The Allotment an art deco cafe serving up surprisingly fresh and healthy food. And had an absolute blast hiking the cliffs after touring the castle. I also really loved how international Dover England was, since it is only a couple hours via ferry across the channel the area was buzzing with German and French tours groups and hearing all the languages and sharing the local history with them felt very important, given in mostly cases the wars fought over the channel were England against one or both of them.