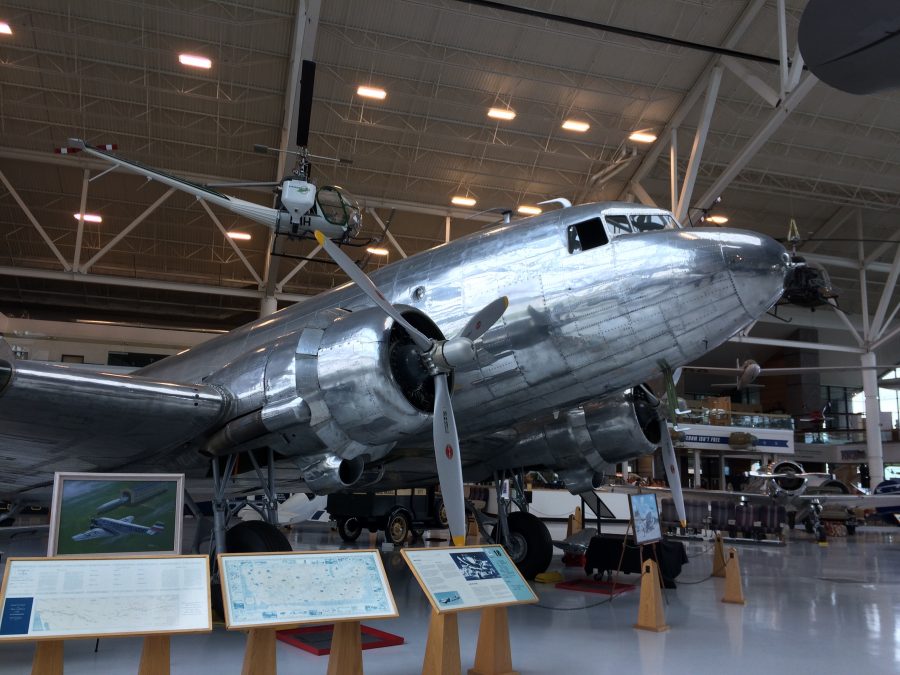 The Evergreen Aviation Museum is the second aviation museum my husband and I have been to. The first being the Palm Spring Flight Museum which I have not yet managed to write up even though it was two years ago that we visited. I will get there, eventually. 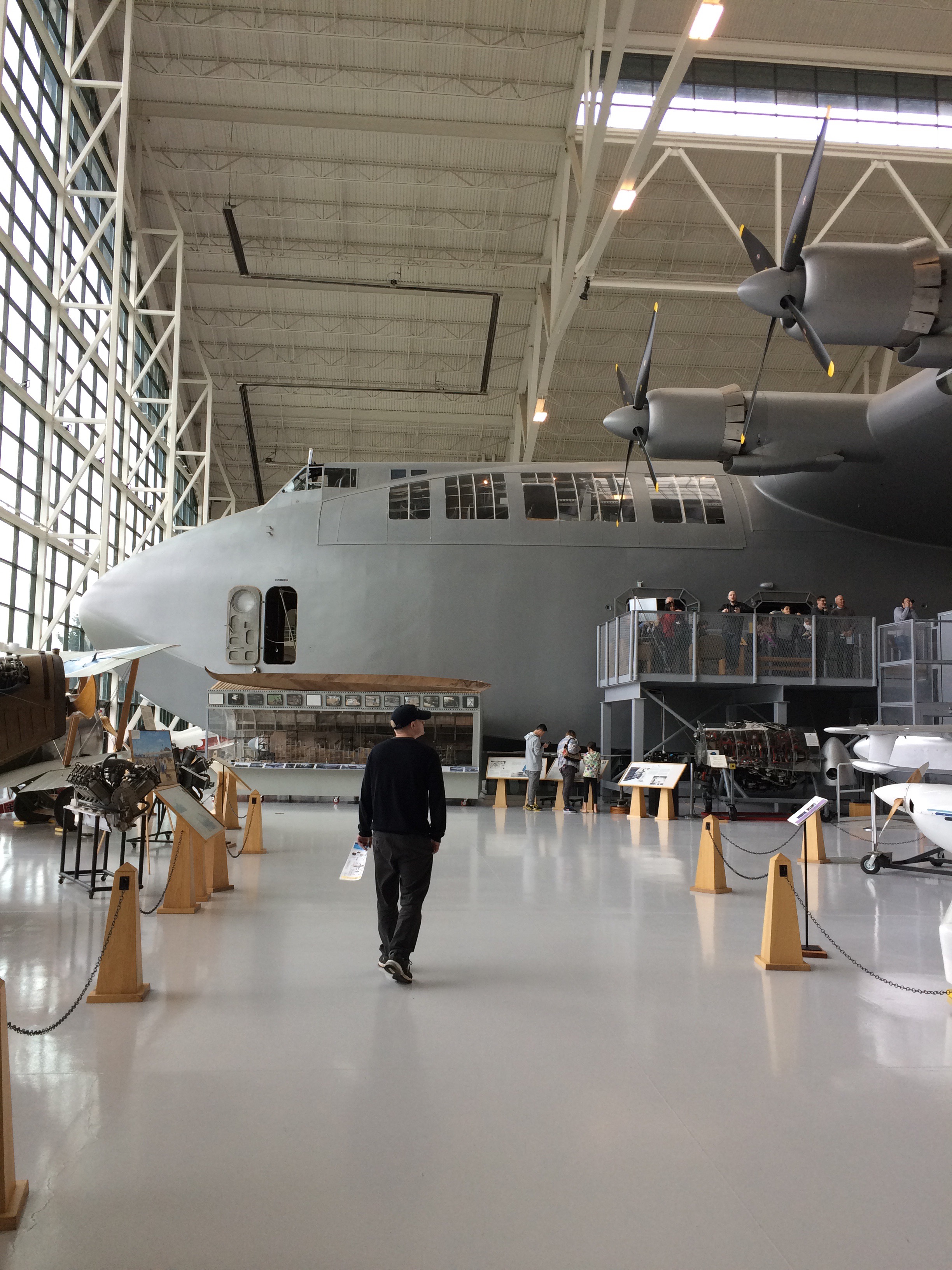 The Evergreen Aviation Museum is in McMinville Oregon. It is famous for currently housing the Hughes H-4 Hercules also know as Howard Hughes’ The Spruce Goose. The wooden plane built in 1947 famously only took one flight, which was mostly a 70foot hover above the Cabrillo Beach channel in California. After a not so successful test flight the plane was housed at Aero Club of Southern California next to the Queen Mary as a tourist attraction (both of which I visited as a kid) until 1993 when the plans for Port Disney were abandoned at which time the plane was bought and moved to Oregon. 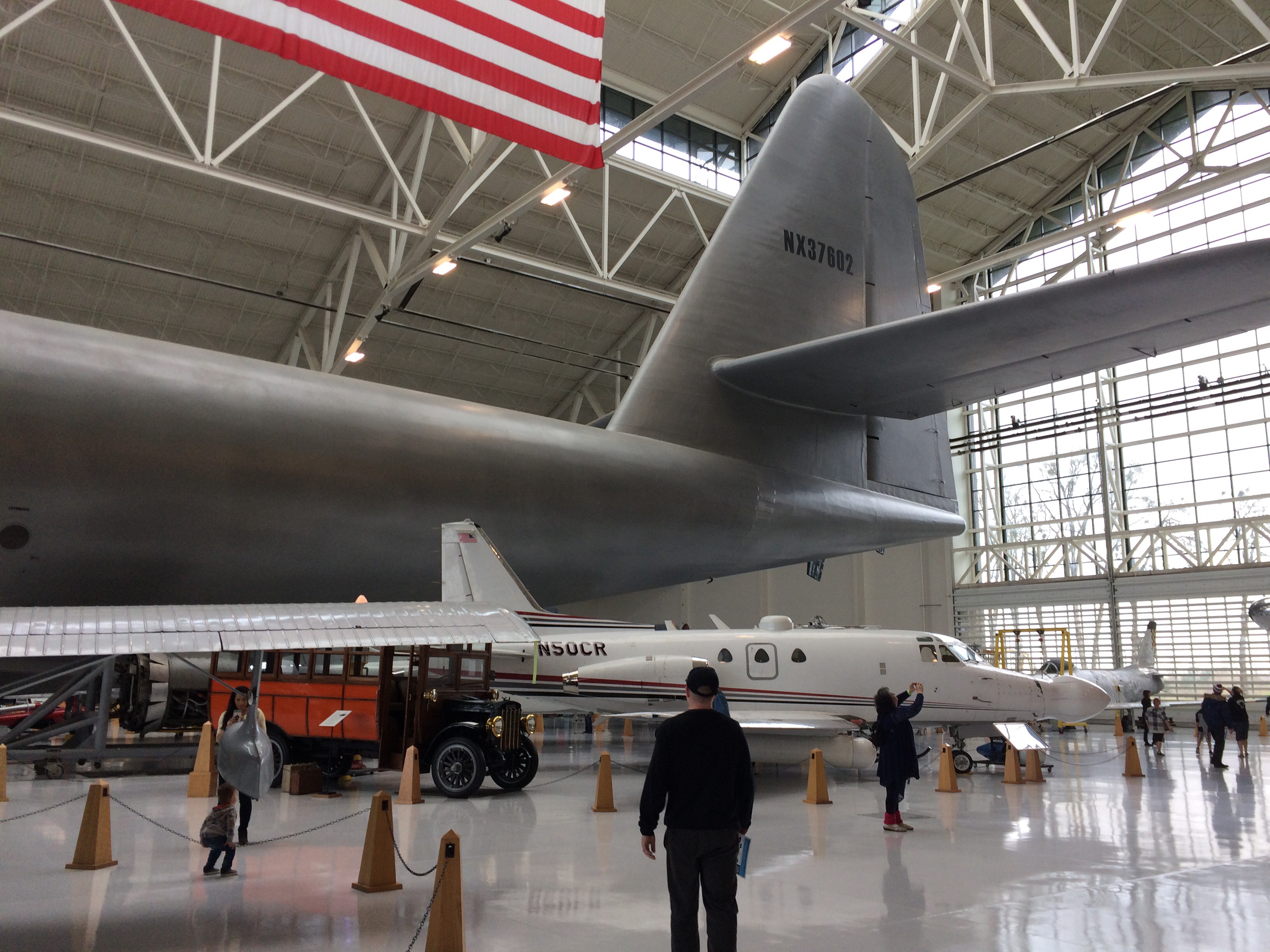 The Spruce Goose which is quite impressive, however is not the only impressive thing about the museum. The museum as a whole is two large hangars and a theater which screens a variety of flight themed movies. One hanger includes the Spruce Goose as well as other planes starting with models from the very first attempts at human flight up through modern day military and private jets. My personal favorite was this gorgeous antique prop plane. I had visions of boarding with perfectly coiffed victory rolls and a ridiculously expensive mink jacket. 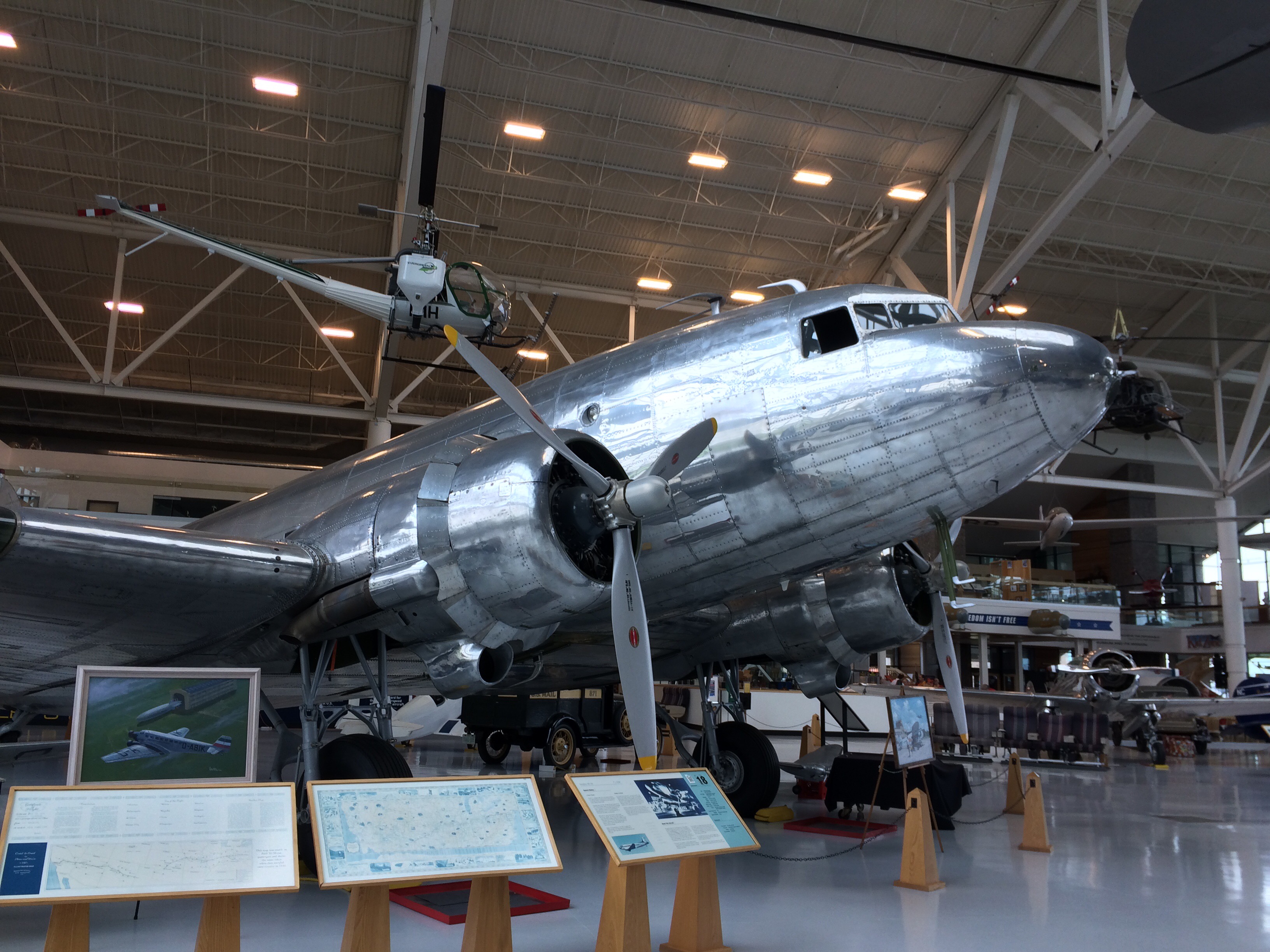 I think my husbands favorite was the Lockheed SR-71 “Blackbird”  which I have to admit was pretty impressive. The Blackbird is incredibly advanced and modern looking especially considering it was  a stealth spy plane that was flown in the 1960s. 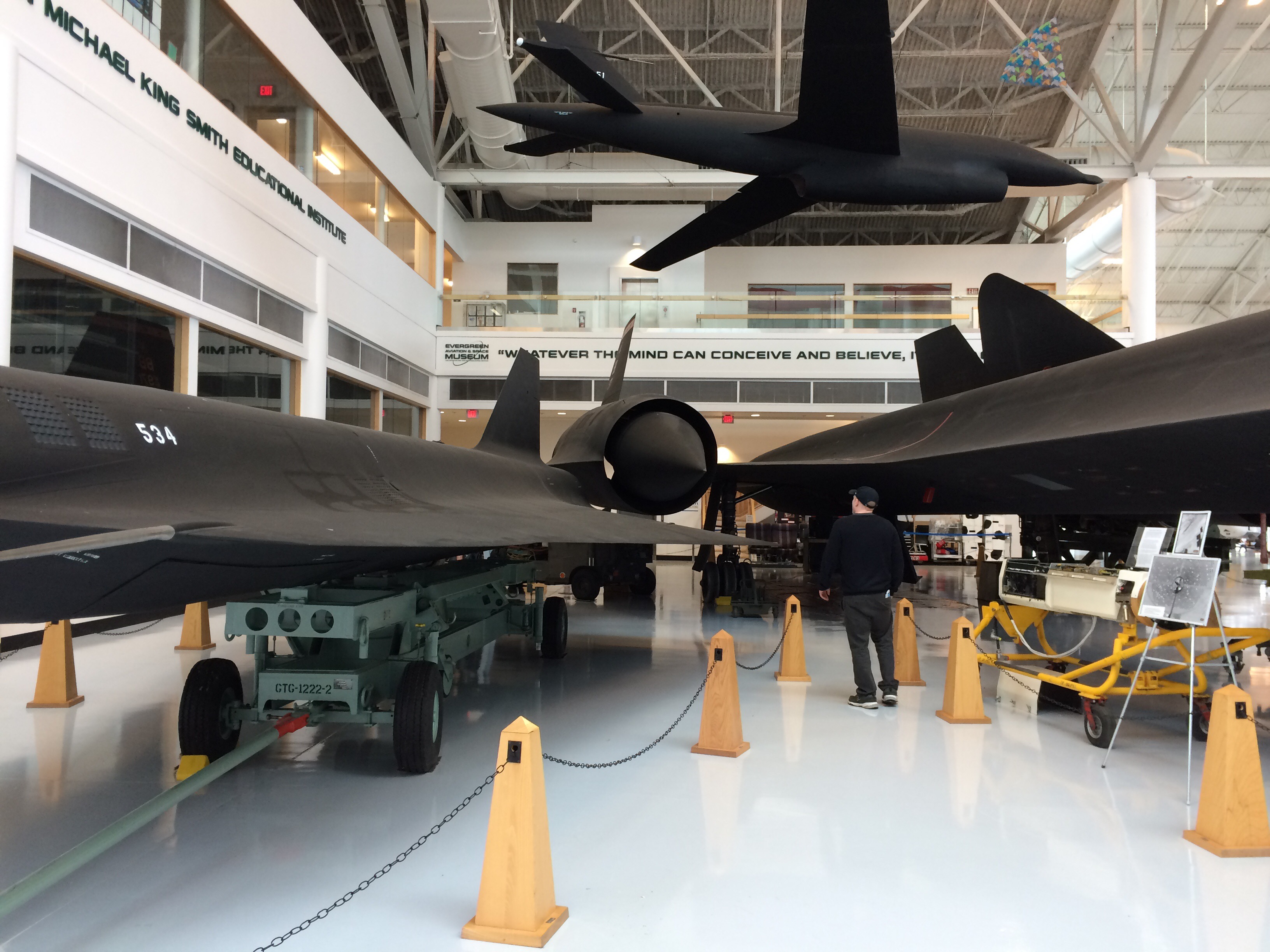 The Blackbird was housed in the second hanger across the parking lot along with the the space flight displays. Which included model replicas of the moon lander, Russian space crafts and model sections of the ISS. 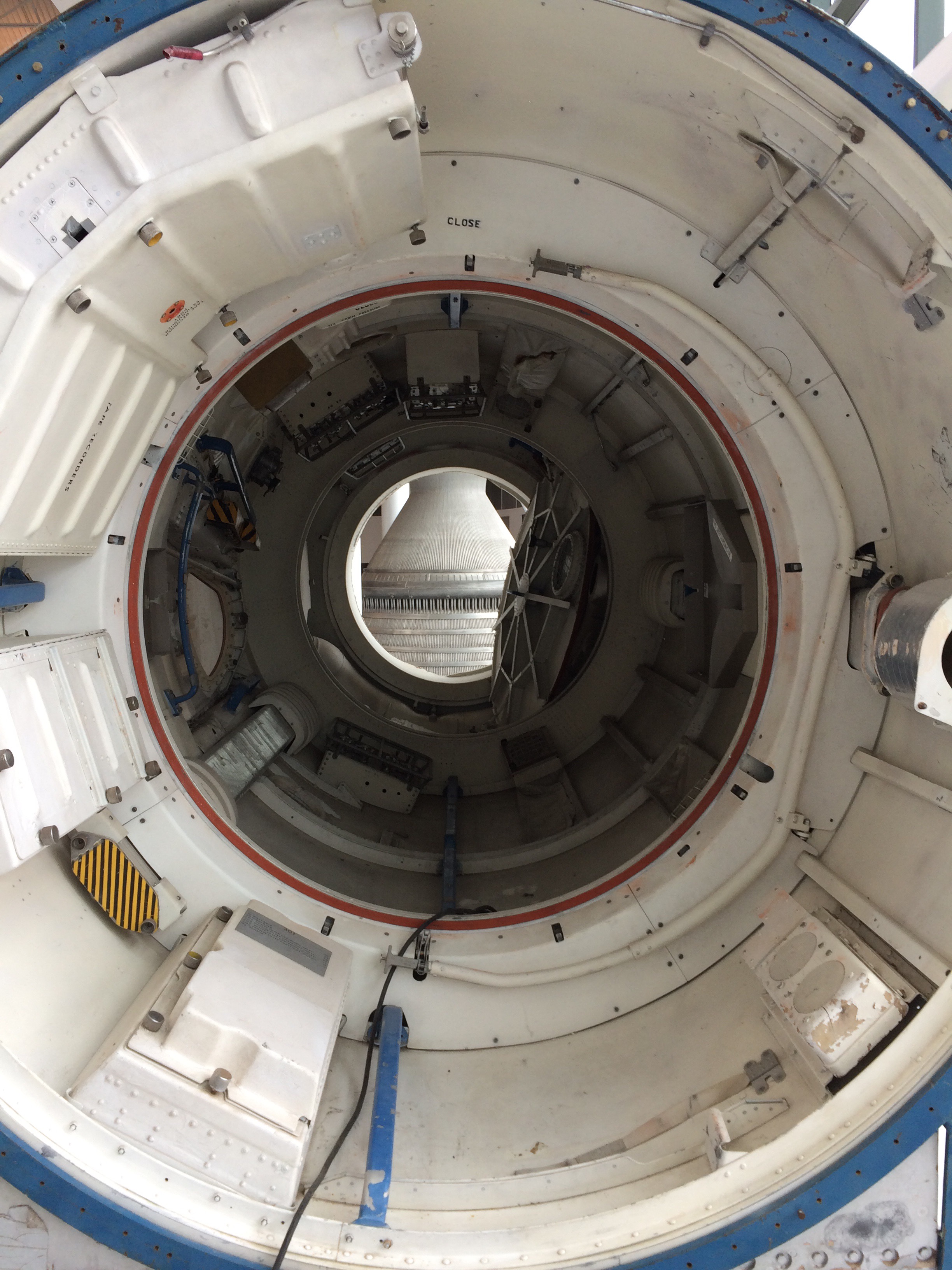 They also had this Russian re-entry pod on display which still has the scorch marks from when it entered back into the earth atmosphere. The space display was my favorite overall, it had displays that covered the beginnings of man’s dreams to travel off planet, information about the Russian and American space race as well as the extensive collection of artifacts, information and models. 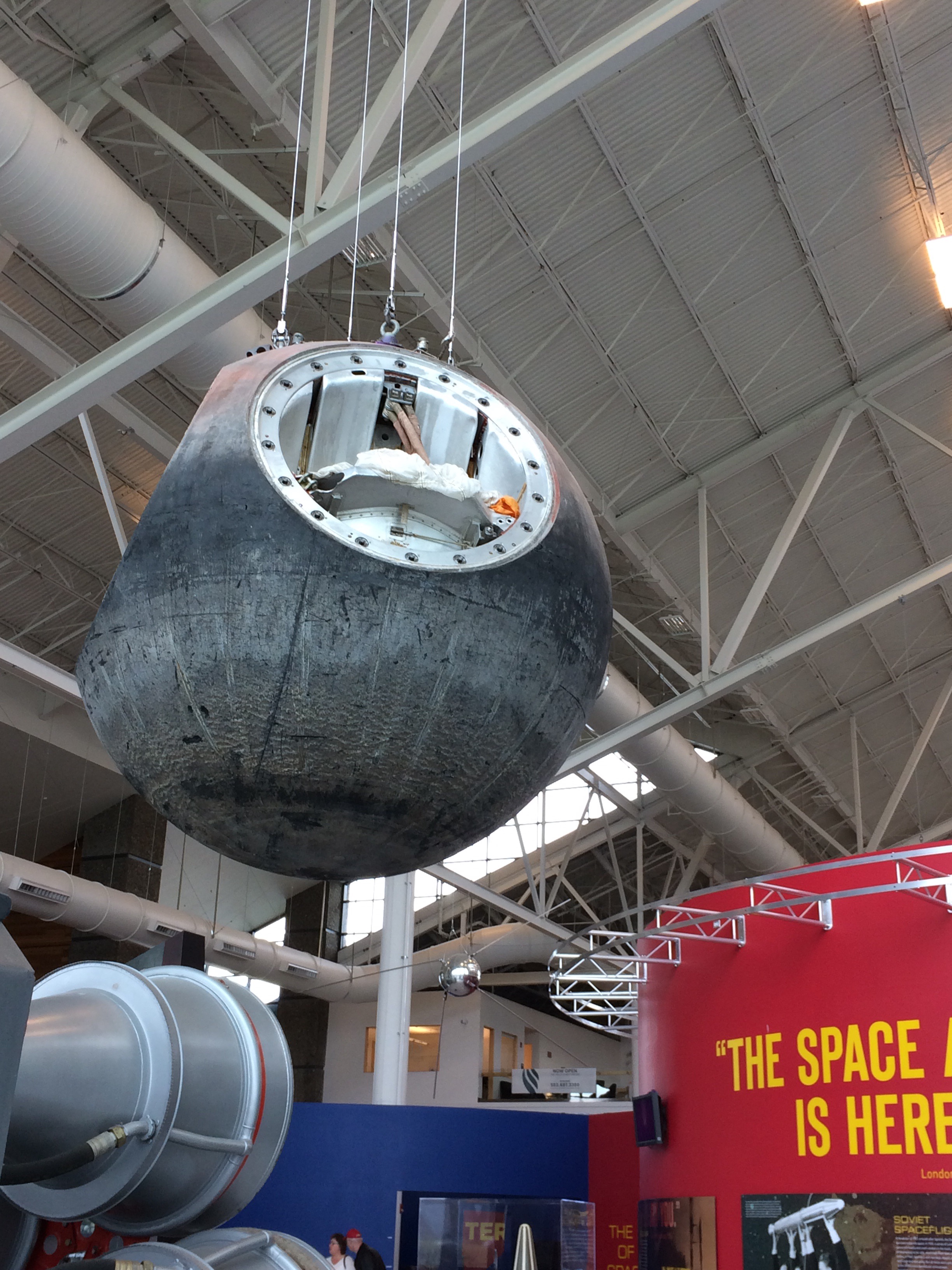 For anyone who is interested in vintage planes, modern, military or space travel I would highly suggest the trip down to McMinnville, it is a great way to spend the day especially in Oregon in the winter. It gives you a great way to get out of the house and walk around without getting soaked to the bone.
Addition Information: