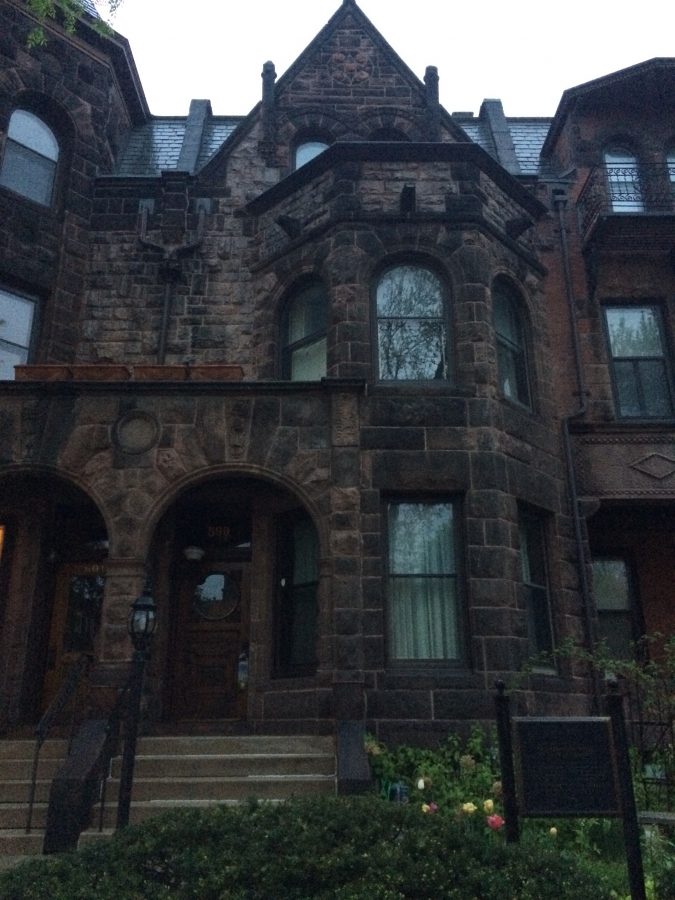 I like a lot of authors but there has always been something about F. Scott Fitzgerald that has always made me especially curious. His writing wasn’t terribly successful in his time. Rather he and his wife were famous for their lifestyle and the friends that they had. They ran with a dream crew of creatives and thinkers, partying all night and dreaming up some of that centuries most creative works. It was a life that I don’t think the world will ever see again and for that I am infinity curious about all that went on during that time period.

Most of us are probably more familiar the ‘The Great Gatsby’ than any of his other works, if it is no longer on the required reading lists of graduating seniors the two movies based on the novel are surely familiar. My personal favorite of his has always been ‘Tender is the Night‘ a horribly tragic work about a married man and a much much younger actress, and the personal fallout of his life after an illicit affair. It sounds more like a soap opera than it really is. If you haven’t read it I really do recommend it, but not the movie. That was a tragedy of a different sort.

At any rate the last in the Minneapolis area for work a good friend of mine and I had just finished dinner at Parlour in St. Paul. And he kindly obliged to my very weird request to drive by the F. Scott Fitzgerald House which is just next door to Minneapolis in St. Paul. It was getting dark and raining a lot but despite his trepidation he kindly did it anyway. I hoped out of the car and rushed over to get a good look, which again was fairly hard given how dark it was getting and how terrible the weather was. 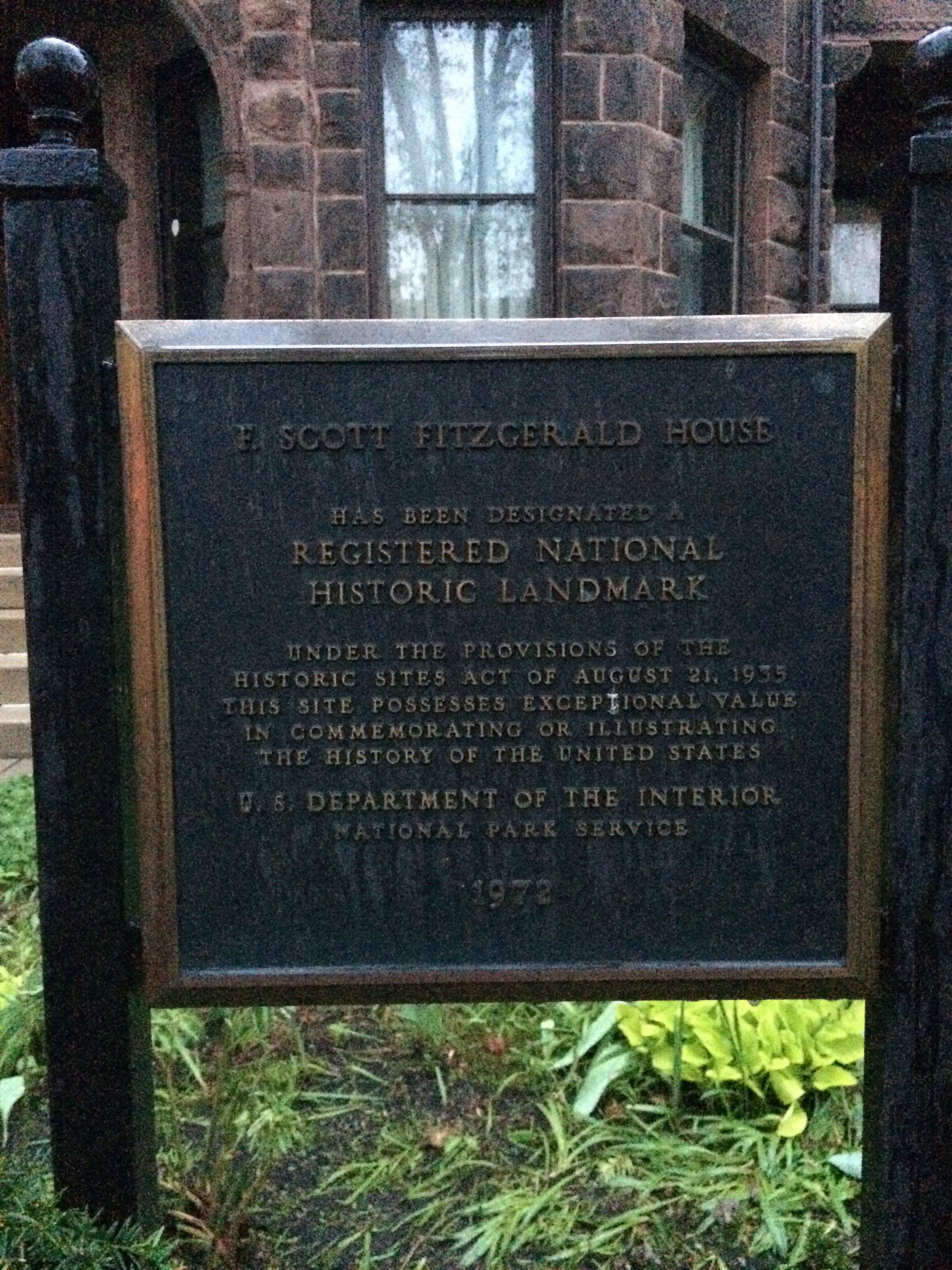 There isn’t much to see in truth. It is one among many of a long set of row houses built in 1889. They were built in the New York Style of the classic Brownstone apartment but with a Victorian flair. Fitzgerald parents moved into 593 Summit Ave in 1914 when he was studying at Princeton and then later in 1918 moved down to 599 Summit Ave in the same block of row houses. He lived here only briefly between 1919 and 1920 while writing the manuscript for ‘This Side of Paradise’. 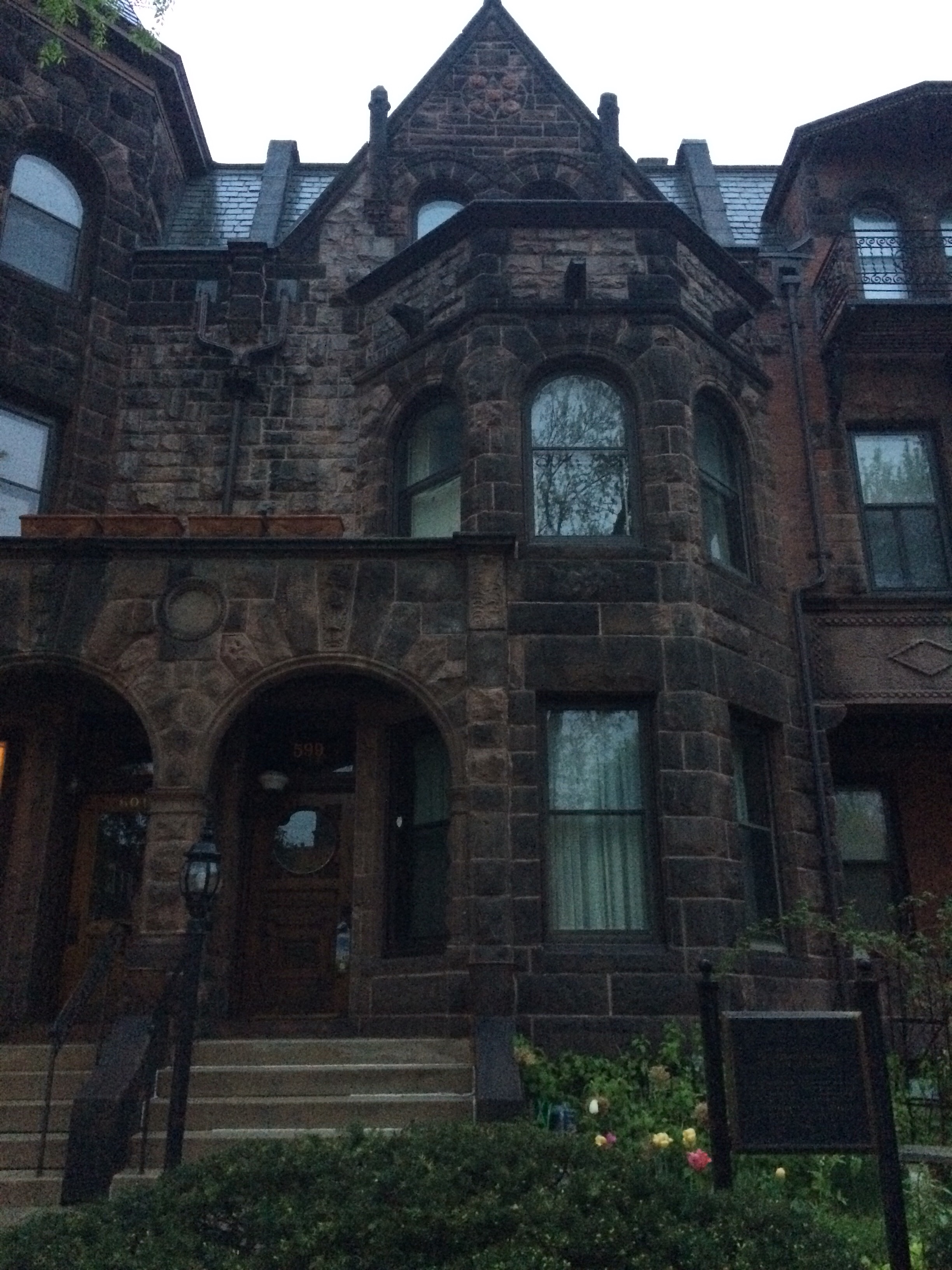 It was declared a historic property in the 1970s but still remains a private residence, as such you cannot tour the inside. Which is probably fitting given he is known to have hated the neighborhood and probably would have been appalled at a museum here in his honor.

It was have been nice if the location were a museum of some sort. But I suppose again given F. Scott hated the house, it is more fitting that there isn’t more to see. Never the less it is quite lovely and the area itself is home to a very impressive amount of mansions. Though Frank Lloyd Wright is also known to have publicly criticized the area for being the “worst collection of architecture in the world”. Alas, despite the negative opinions I hope that next time I head back there the weather proves better and I can spent some time strolling around the area.