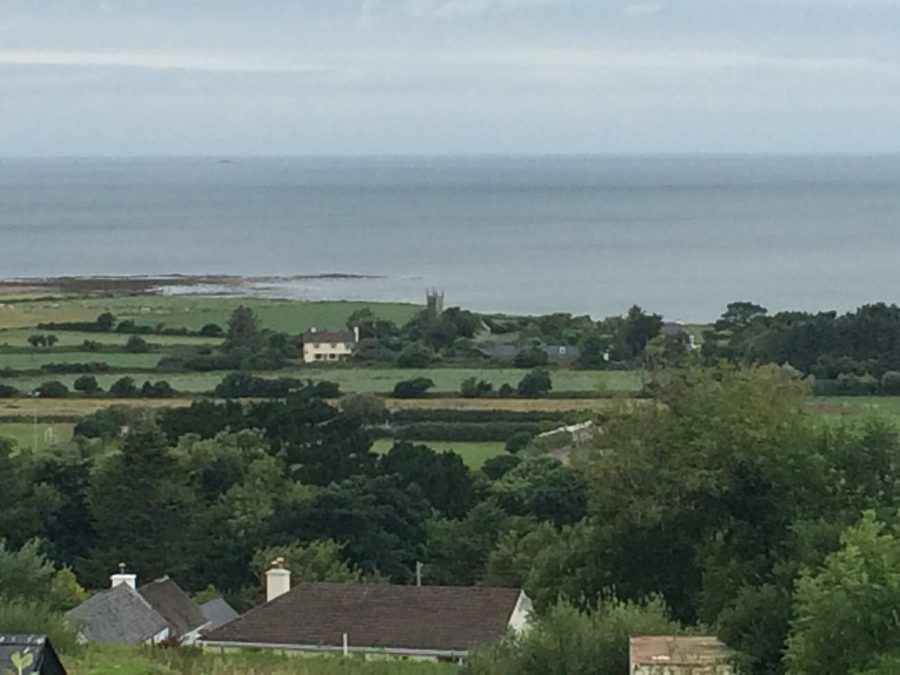 As I mentioned, the second we would get to our rooms after each day our bags would explode. The hiking bootes would come off, clean clothes found and often a quick lay down was needed before dinner. Hence the horrendous picture of our room. Aside from the thrown aside bedding and the opened bags, the point however is to point out that while our accommodations along the way were not always fancy, they were clean and comfortable. Which is exactly what we needed given the type of trip we were on. 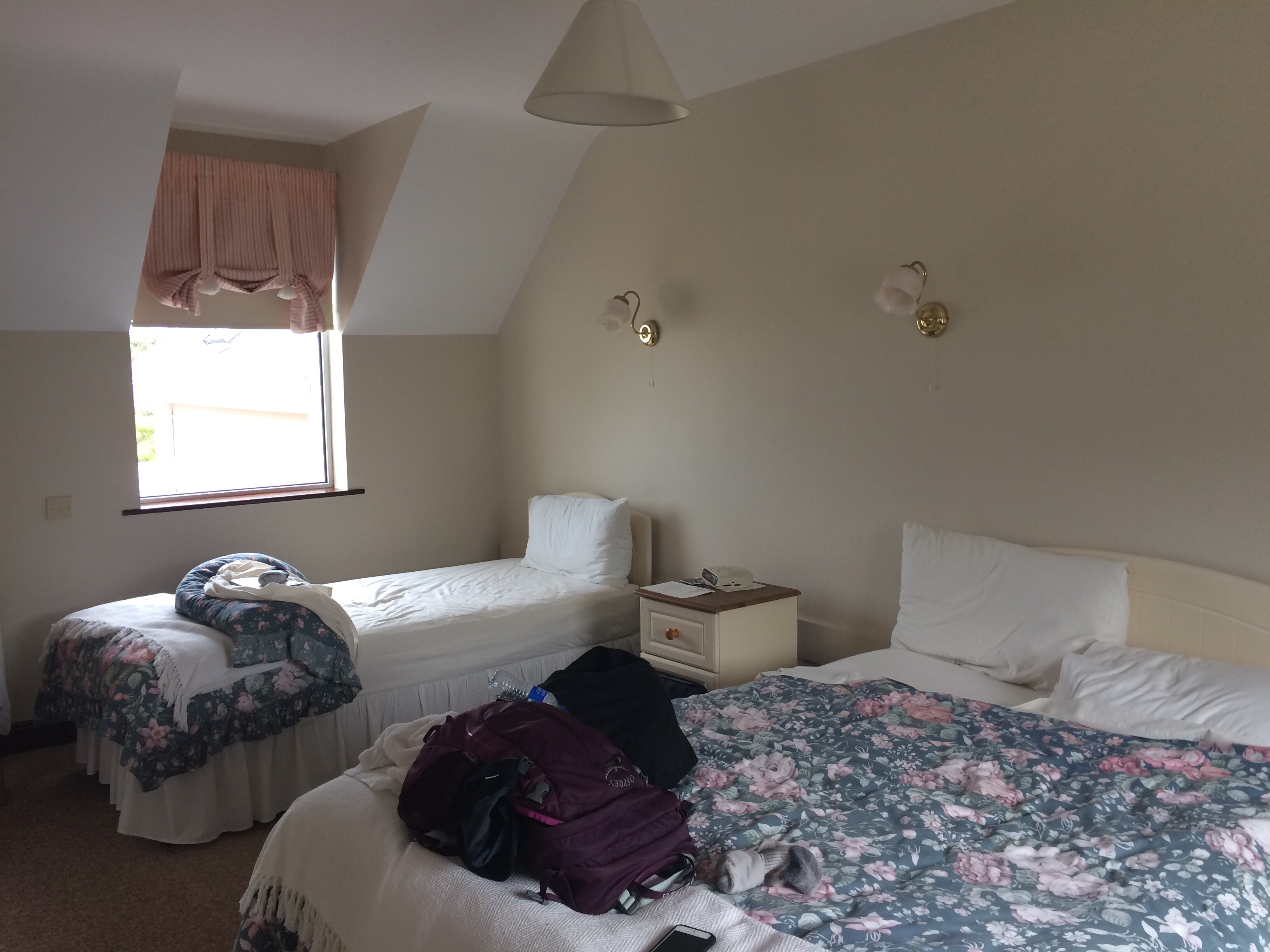 Day two ended in Camp and as previously mentioned this is in fact the name of a town. This was also the first day we had experienced the baggage transfer done by our touring company and as promised our bags were awaiting our arrival in the lobby of our guesthouse. We were greeted by a very lovely woman named Kathleen who owns the Finglas Guesthouse. She showed up to our rooms and then the exploding of the bags happened. Then off to the Ashes Pub for dinner which I talked about in a previous post. 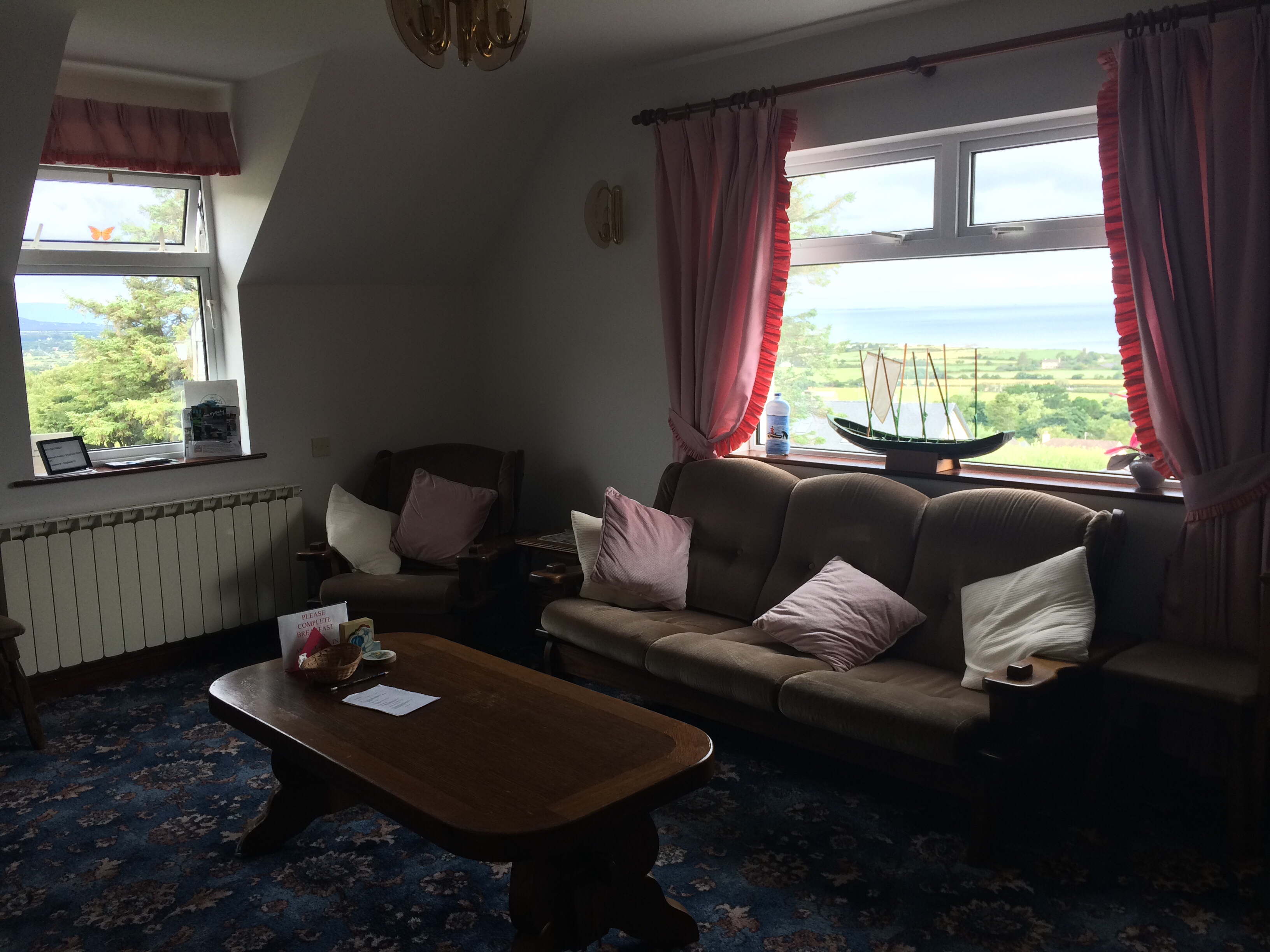 After dinner and a shower I set myself up in the lovely second floor lounge. There was tea and cookies provided by Kathleen, which I took full advantage of. The rest of the group congregated after their respective adulations and we spent a lovely evening planning our next day. 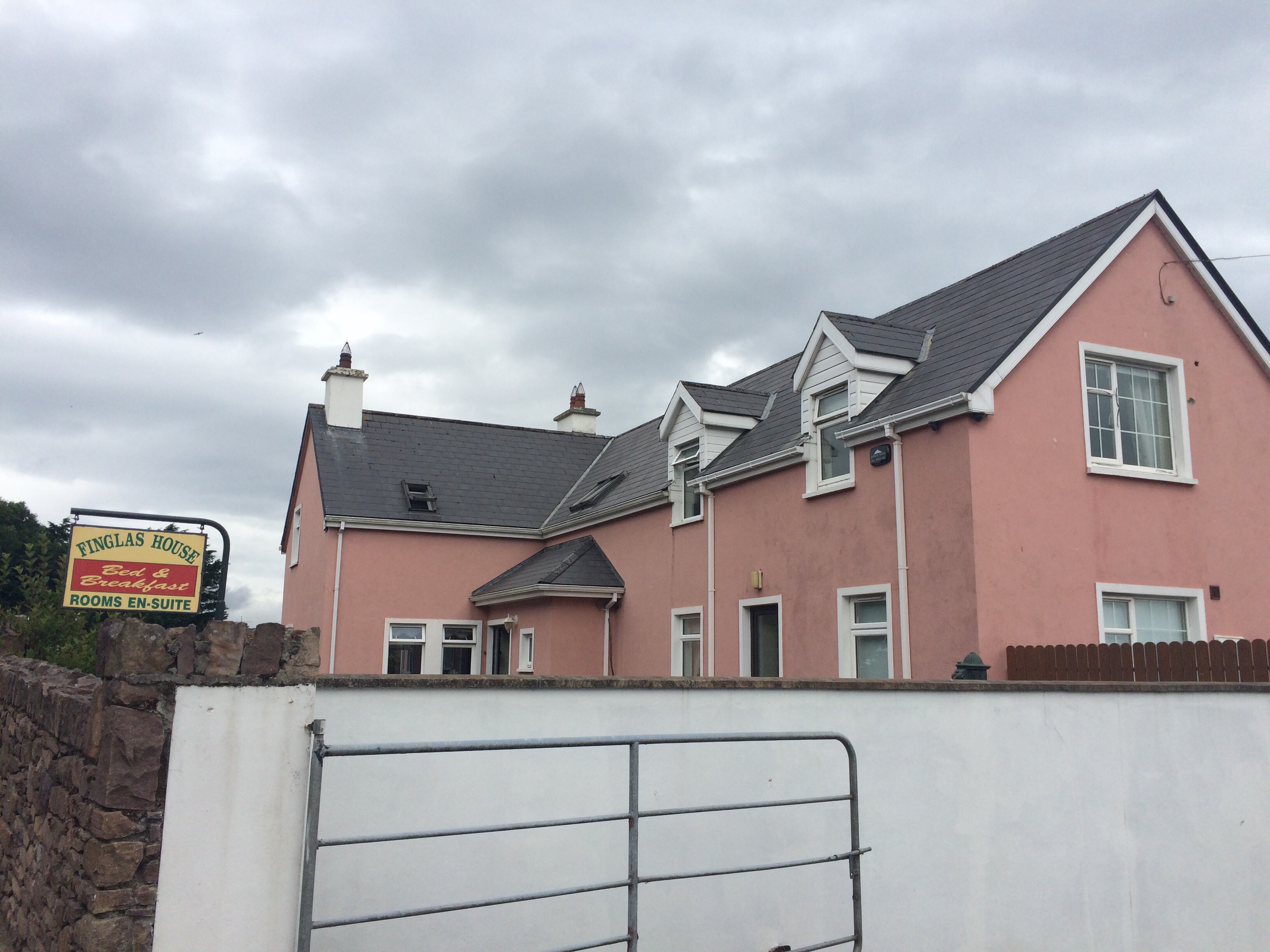 Thanks to jet lag I was up bright and early. Dressed, repacked and ready to eat breakfast approximately and hour before it was ready. C’est la vie. Breakfast was severed on time in the downstairs dining room that overlooks the bay. There were a variety of options, I of course chose the “Full Irish” plus coffee, toast and a little more coffee. It was perfection as expected from the quaint little place. We were also given a sack lunch again, this time a suspect sandwich and chips. My chips were cheese and onion, though there was a chicken flavor floating around in one of my groups sack lunches as well. Turns out the suspect sandwich was cheese and tomato which was quite good. Chips weren’t bad either. 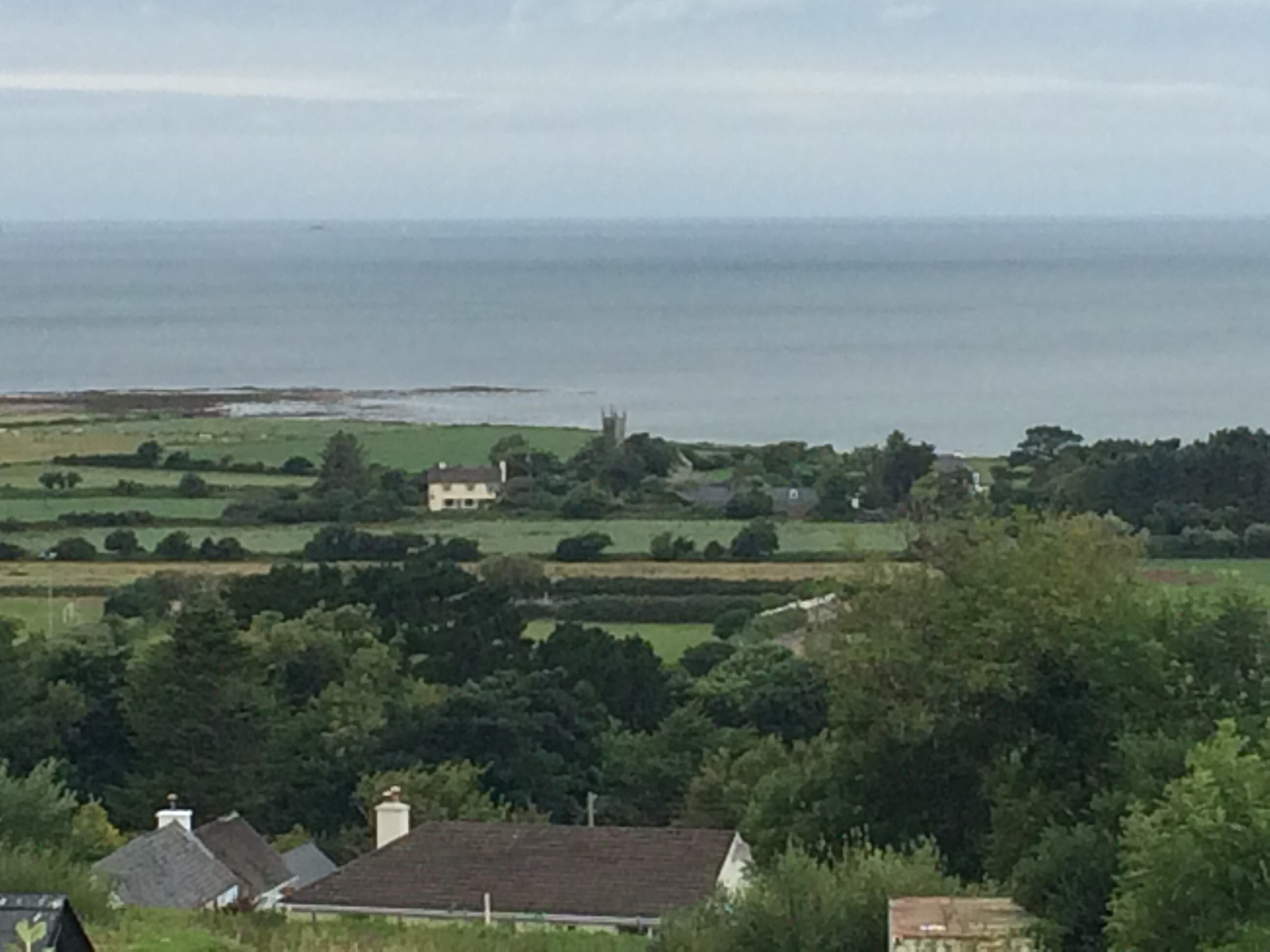