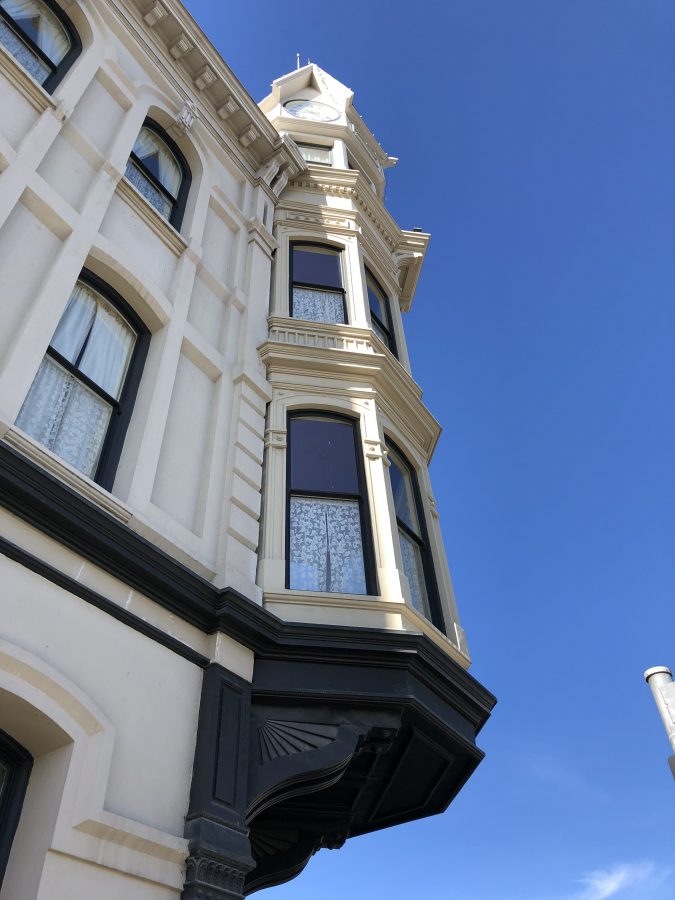 The Geiser Grand Hotel in Baker City is a place I have been dreaming of visit for probably over a decade. A chance scanning of an Oregon travel magazine in a waiting room left me gawking at the interior shots and gorgeous stained glass ceiling of this hotel. I may have stolen the magazine from the waiting room (this was before I owned a cell phone that took decent pictures). So when I planned the road trip this last summer I knew this hotel was on the list, truth be told I planned the entire trip around three hotels I wanted to visit (Frenchglen, Idaho Hotel and Geiser Grand).

The Geiser Grand Hotel opened in 1889, designed by John Bennes in the Italianate Victorian Style. Bennes is responsible for a number of buildings in Oregon including 35 on the University of Oregon campus, as well as the Hollywood Theater in Portland and the Liberty Theater in Astoria (both incredibly gorgeous and still working theaters).
The hotel was build during the Oregon Gold Rush and as such saw its fair share of incredibly wealthy and incredibly shady characters throughout its history. In 1968 the hotel closed and in 1993 it was reopened after an enormous restoration effort which brought the hotel back to life with historic fixtures, paint colors and furnishings. Including an enormous research process to design and remake the stained glass ceiling which had long since been destroyed in a hail storm.

Hauntings of the Geiser Grand Hotel

For those of you interested in the paranormal the Geiser Grand Hotel has had numerous spectral sightings. Which include a young girl, a saloon dancer, a cowboy, a headless chef, and a lady in blue. A quick internet search will bring you all kinds of confessions of sightings and even information about a ghost hunters type crew that camped out set on finding definitive evidence of the hauntings. 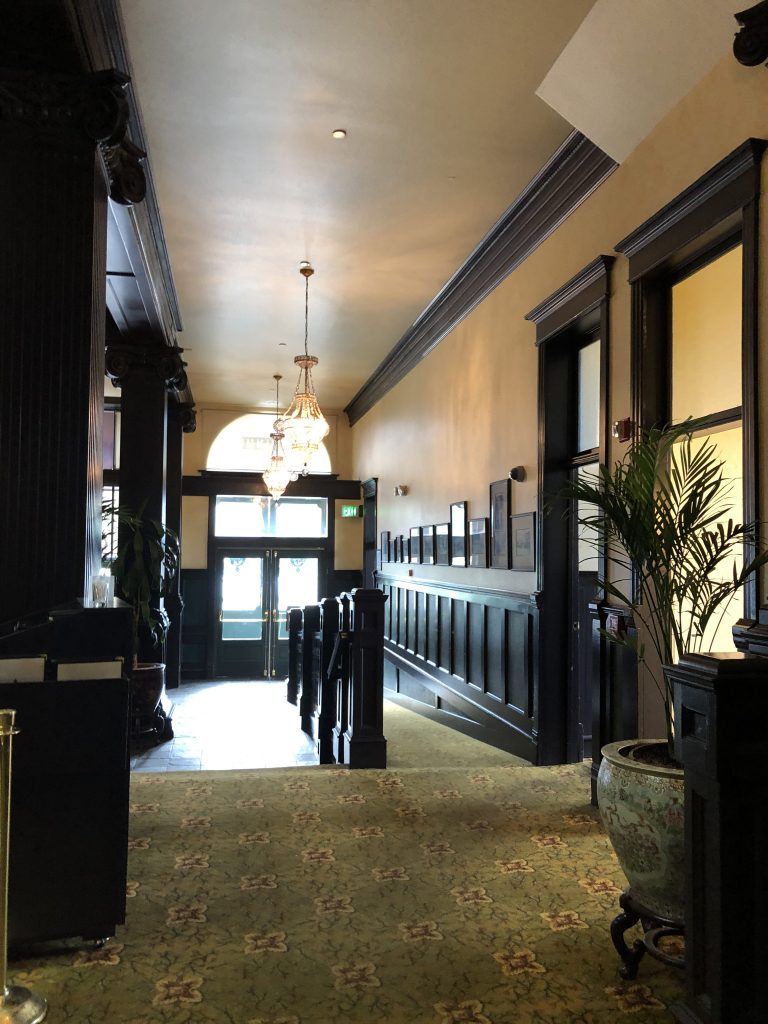 For those of you not interested in the paranormal I can tell you without a doubt that I experienced nothing but a stellar stay and an excellent nights sleep. 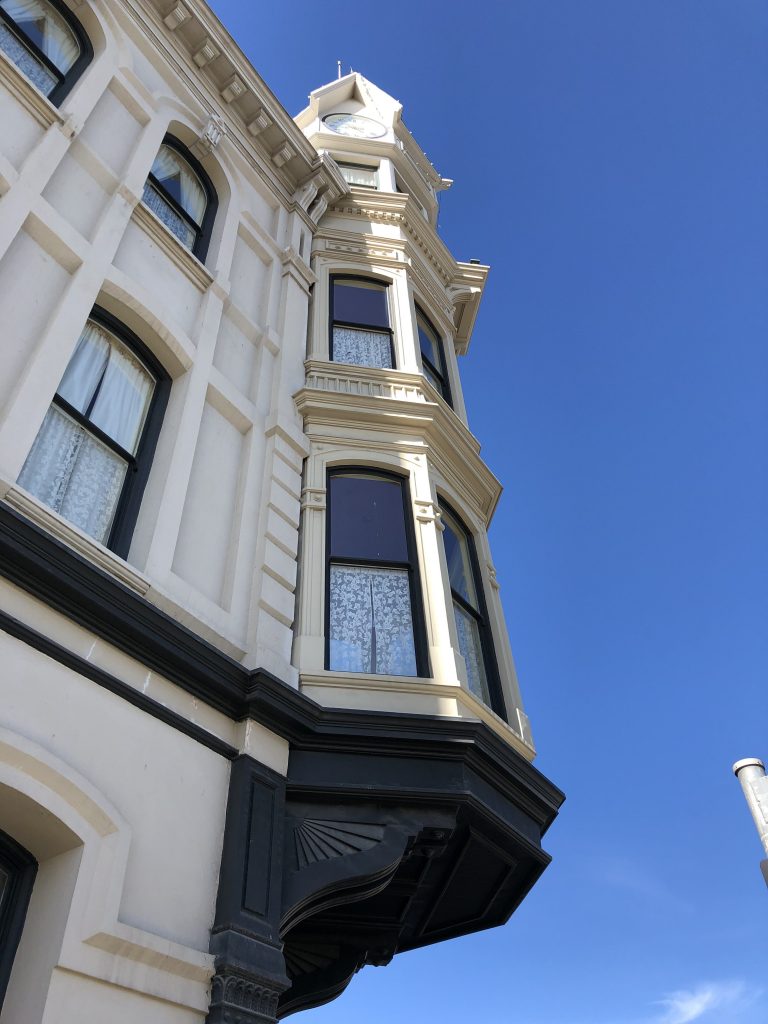 Out Stay at the Geiser Grand Hotel

I was so thrilled to finally be experiencing this incredible historic hotel, I was on cloud nine the entire stay. It probably helped that I hadn’t had a decent shower in a couple days or a very great bed in the last couple days. I was beat. 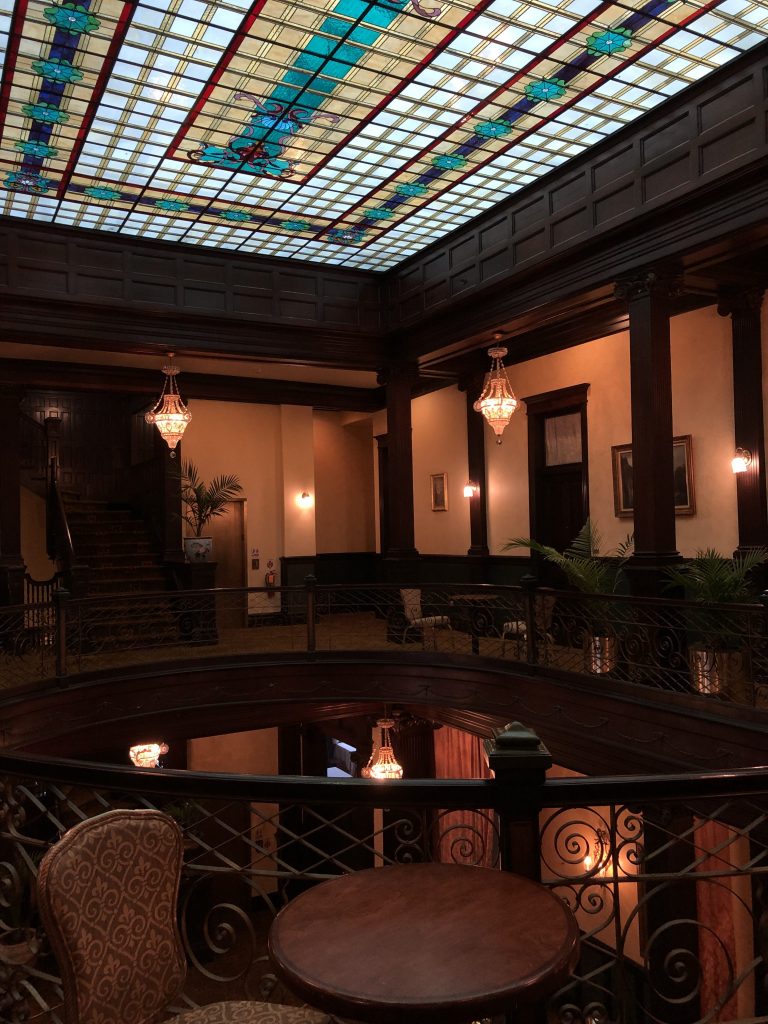 I wandered around the hotel for a good while snapping pictures and seeing that all the hotel had to offer. A reading/game room, a gym, a dining room and a store were all on premises. And the store even had movies for rent that could be played in the room.
Once I had sufficiently went everywhere I could without risking  ejections from the hotel, we got ready for dinner. We chose not to eat at the hotel because I had found a steak house in Haines that looked like a hoot. But we returned with full bellies, dessert to go and settled in for a couple movies. This was the first time we had decent wi-fi all week so we picked a few Netflix movies and streamed them from bed. 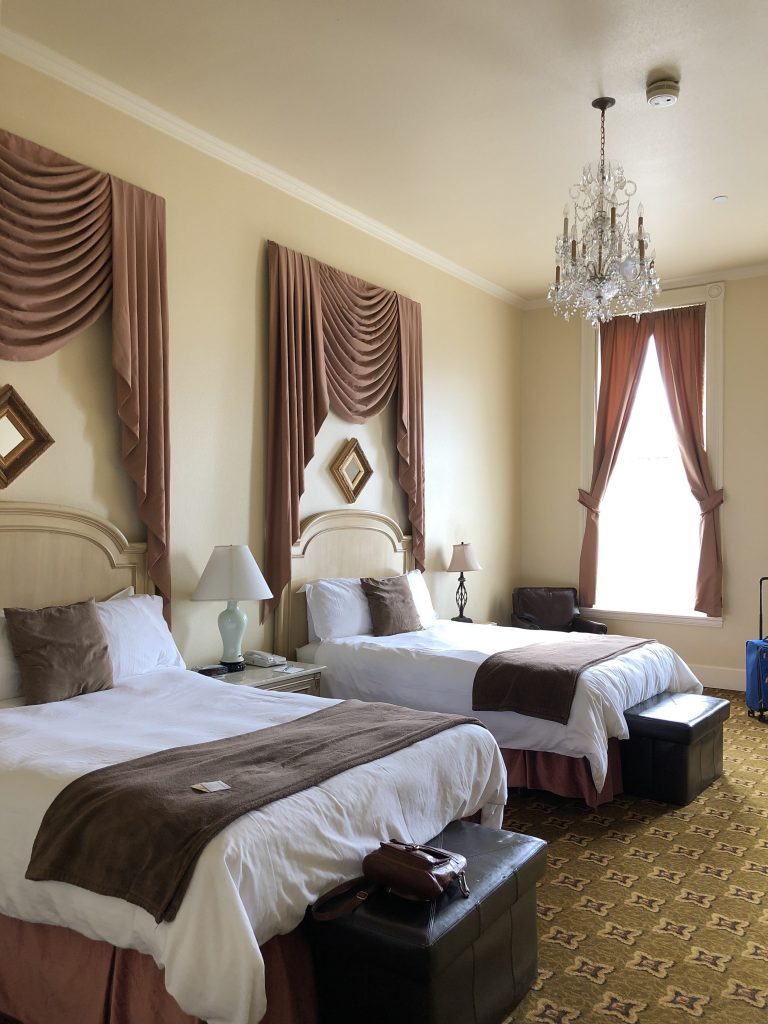 The rooms are absolutely stunning, well decorated, large windows and gloriously tall ceilings make the rooms seem palatial. The beds and pillows were superb, I don’t think I have had a better nights sleep since. We had breakfast in the dining room and then set off toward Portland. All in all I give the Geiser Grand Hotel 5 stars, beautiful, historic, comfortable, interesting history, and no actual ghost encounters.