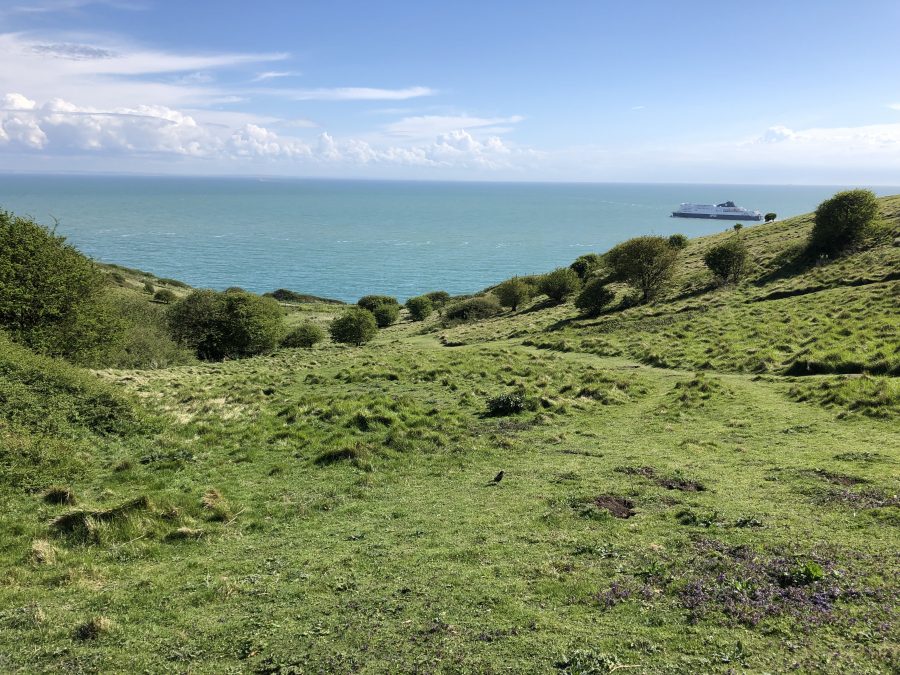 Going into my trip I was a little worried about getting around England. Which I admit is a little silly since most people there speak English, as I do, thus getting lost and needing to ask for help is significantly less of an issue. But evidently logic was not at play, and I was nervous all the same. We chose to not rent a car, and it turns out getting around England without a car is incredibly easy to do.

We chose not to drive the entire week we were in England. And if you are planning on doing so then that is awesome, you are braver then me. England is one of the few countries in the world that drives on the opposite side of the road (compared to the USA and all other European nations). So I chickened out and decided to do an immense amout of research to make sure we could get to where we wanted to go without trying to handle a car that operates directly opposite of what I am used to.

We did however choose to ride along with a couple other intrepid travelers on a tour of the Cotswolds. I am not always the biggest fan of tours, often times they shuffle you around to large touristy places and never give you the chance to properly explore. But in light of not want to drive and there being no other public transportation option through the Costwolds we found a tour and wound up thoroughly enjoying ourselves. If you find yourself in a similar situation don’t discount the option. While it might not be your number of favorite way to get around, it can be nice to take a break from having to mange the entire day. Just sit back, relax and let someone else do all the work for you.

Buses are a very viable option for getting around, particularly when speaking of the express buses to and from the airport. When looking for ways to get from Heathrow to some towns across the country, all train options first put us on the underground to get to a train station and then often required switching trains mid way through the trip. One such route had us spending close to 6 hours getting from Heathrow to Bath. Rather the National Express provides somewhat direct bus lines from the airport right out to these smaller towns. We were out of the airport and disembarking in Bath in under two hours. Plus the buses are really very nice, with wifi to boot.

Trains are incredibly convenient in most places in Europe, at least in comparison to the US where they are mostly not even an option, unless of course you have a lot of time to spare and an endless supply of books to read while on board.

One of my favorite things about trains that I discovered while we were there actually is that the ticket master can book you connections through his system. So we managed to get a single ticket that took us from Bath to Paddington Station to Kings Cross via the underground, then from Kings Cross all the way to Dover. Single ticket, all booked and times plotted out for you. And they even gave us enough time to get lost, which we didn’t because while it can be very intimidating to make exchanges at stations, everything is very well marked and easy to navigate through.

Other added bonuses to traveling by train in England, they are quick, clean, they have food on board and wifi so you can keep in contact with your family or just post on social media about how cool the trains are.

Biking is also a very great way to get around towns, or even get from town to town. Everywhere we visited had bikes for rent and even some of the places we stayed had bikes that could be used while staying there. Trains and buses also have rack options so that if you wanted to get from one town to another and then continue to explore by bike you could do so. Additionally a lot of the English Countryside has national trust trails specifically for biking and walking. Open fully tended paths ready and waiting for anyone willing to take a nice day trip with a picnic and even a bottle of wine out for a little explore.

Lets not forget the cheapest method of getting around of all, on foot. While this might not be the most viable option when trying to cover a large distance in one day. It is a great way to explore a town. Slow travel is becoming more and more popular these days. A method of travel which doesn’t allow you to see all the big sights in a large area, but allows you to really experience a place as a true local. See the local shops, eat at the local restaurants, visit the local sights. Most people can walk about 8 miles over the course of a day without feeling it. So get out there and use those feet!

Also don’t forget about trekking trips. I took one last summer in Ireland and it was one of my favorite trips of all times. England has loads of similar options like walking the Cotswolds Way. This allows you to really get off the main path and see some really incredible things that would be missed if you are busily popping from big tourist attraction to the next. You get to see locals, farms, country side and really connect back with nature. Added bonus, a lot of these trekking tours go from inn to inn so you don’t have to get THAT cozy with nature if you didn’t want to.

In summary, getting around England is incredibly easy to do. And it is often easier without a car as you don’t have to worry about parking, gas or you know driving on the other side of the road. You can relax during the getting there phase of your trip and often stay connected or even plan the next stages of your trip. Public transport options also add an air of adventure and excitement, and of course it is much easier on the environment overall.