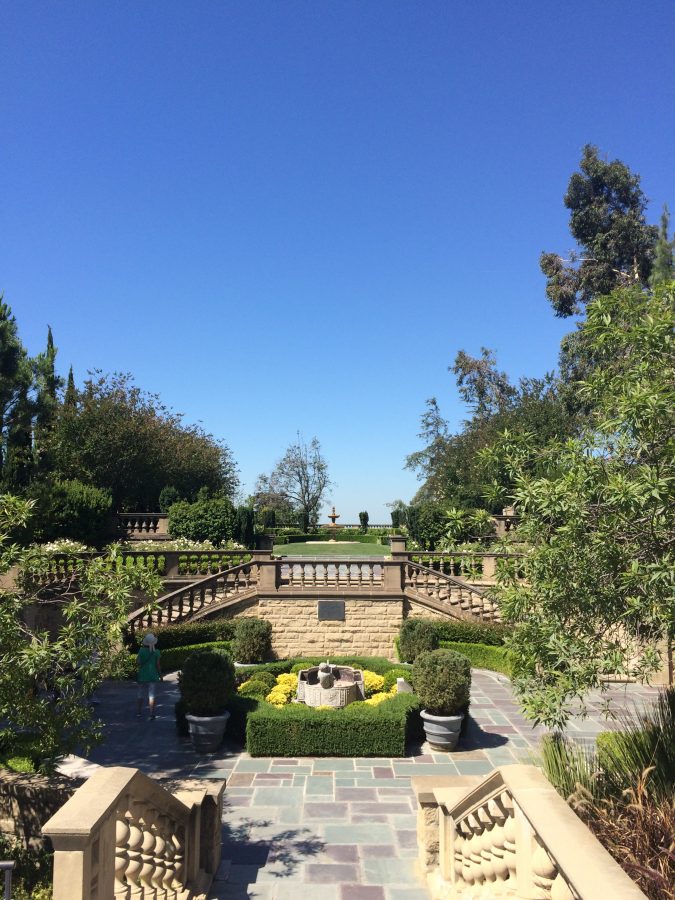 Back in June my husband had to be in Los Angeles for work so I tagged a long for a semi cheap vacation. I did a lot of walking while down there, since he had the rental car and I was mostly on my own. I spent a lot of that time wandering around the Sunset Blvd. And one of those ended (not really ended because I had to walk back) at Greystone Mansion. Greystone is the former home of Ned Doheny, son of oil tycoon Edward Doheny .  Ned’s life ended in scandal in a mysterious murder suicide with his male secretary only a short while after having moved into his newly completed home. 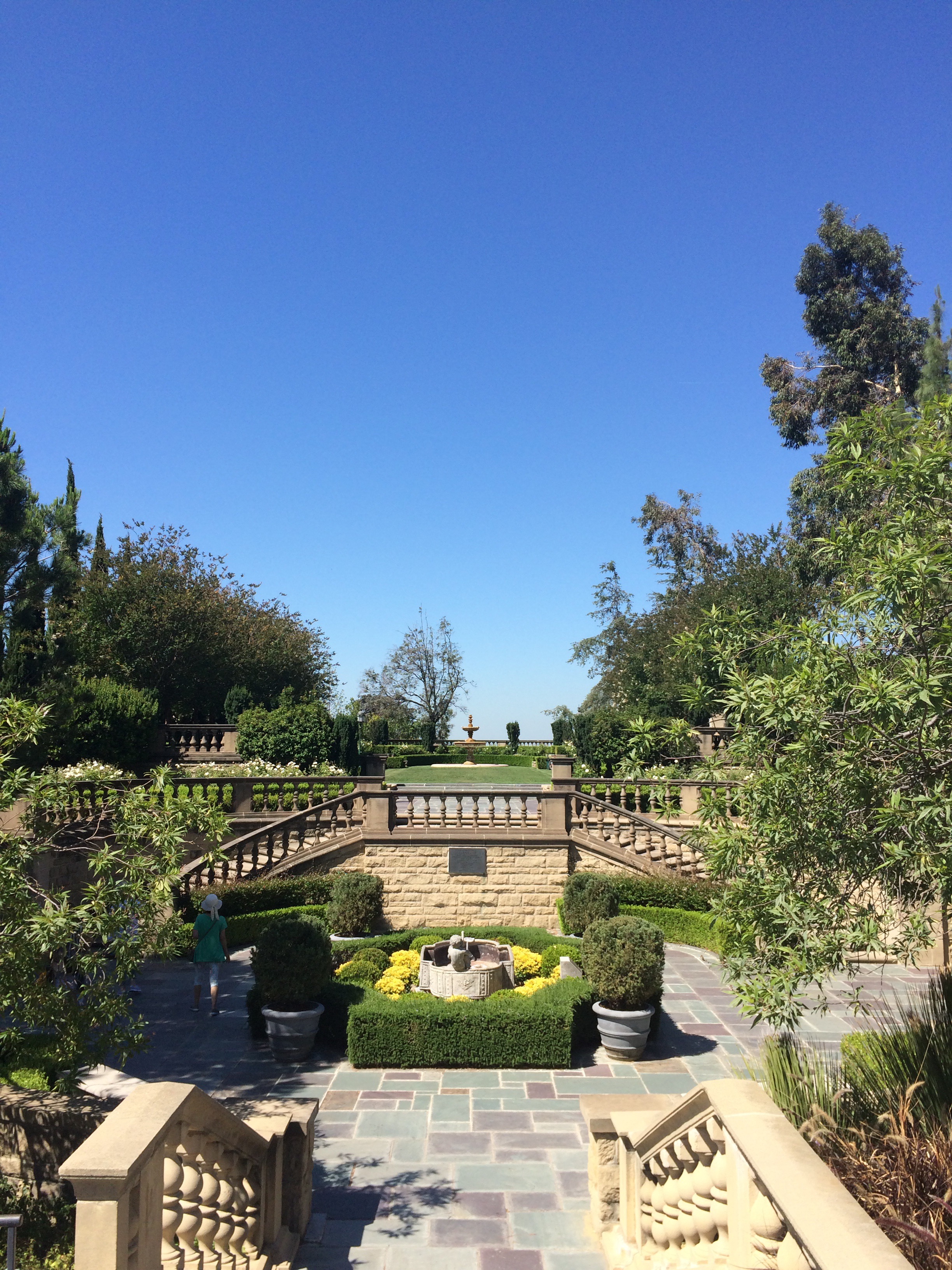 He was survived by his wife and five children. The house is now a city park, or at least the grounds are. The house itself is used privately for events and not open to the public normally. Though tours can be arranged through the Friends of Greystone, the organization that currently manages the park. 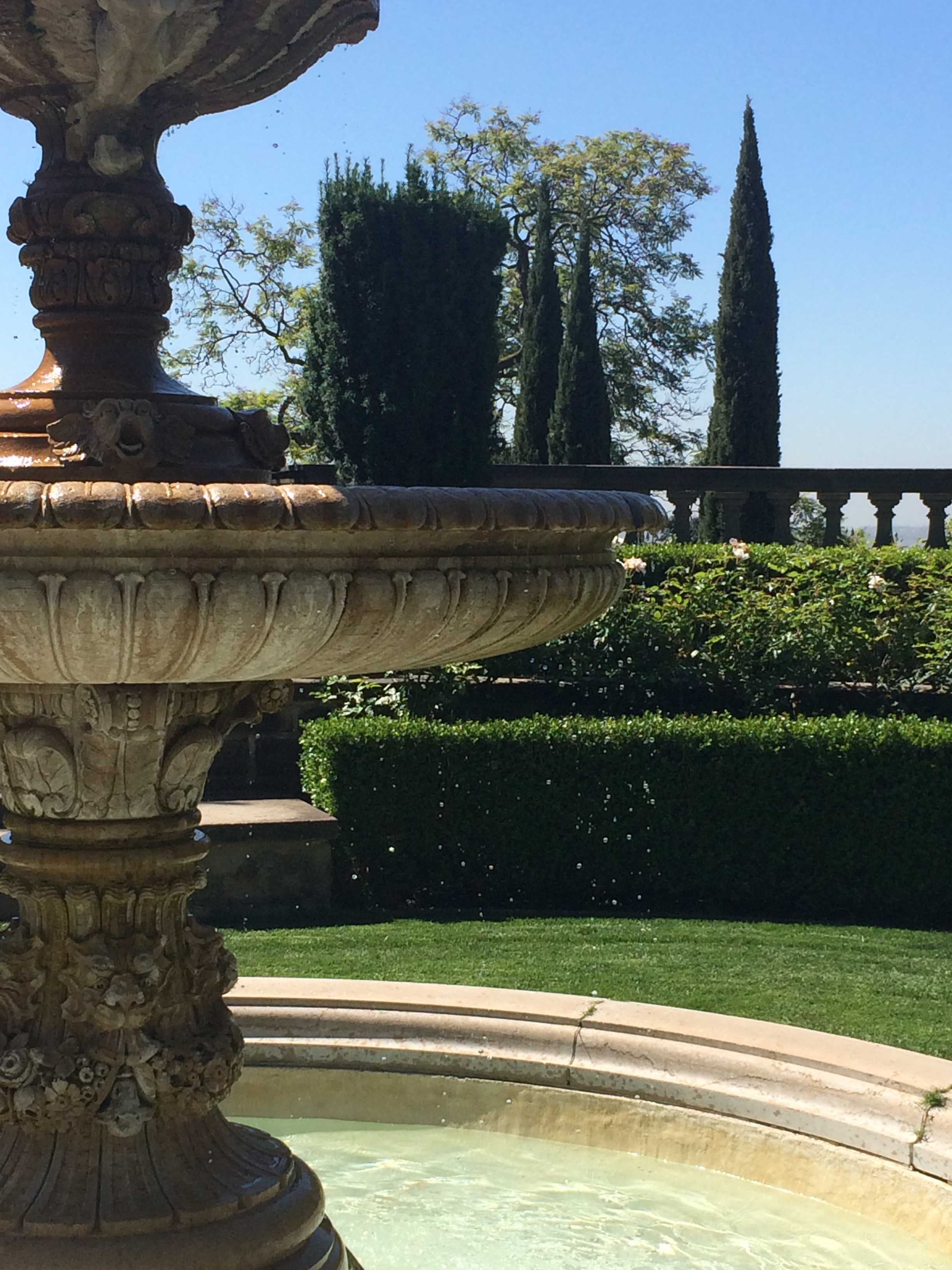 However the grounds are free to the public for 10am to 6pm daily. To see the interior of the building however, you can check out the wide array of movies and TV shows that used the location. Such as my all time favorite Gilmore Girls, where it was used as Rory’s high school, Chilton Academy. It was also used as the Royal Children’s Hospital in Star Trek into Darkness, where can watch Benedict Cumberbatch stand outside the building looking ever so dreamy. 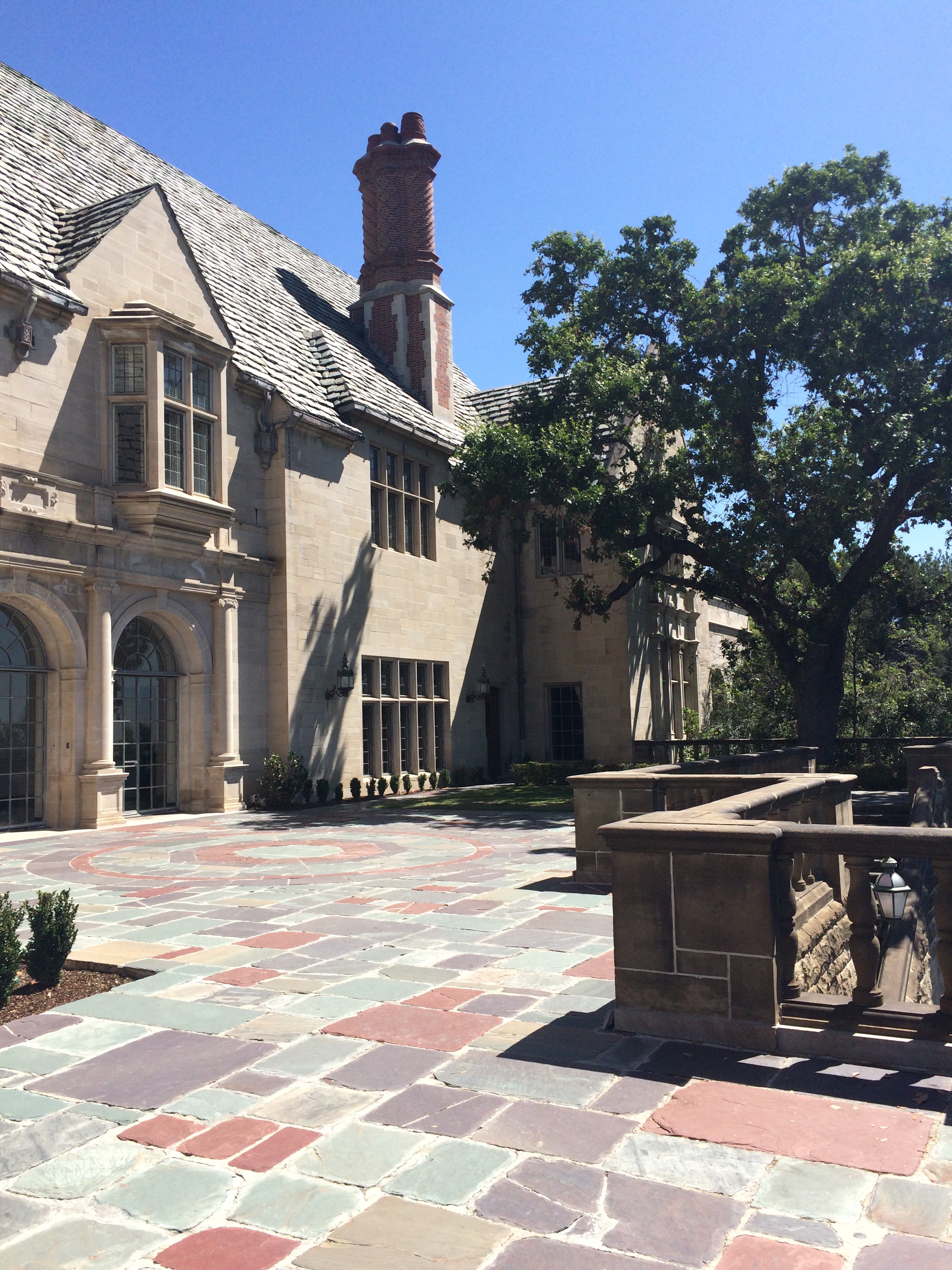 The rules of the grounds are quite strict. Though given how incredible they are and how impeccably well kept I can’t blame them. No dog, picnics, skate boarding allowed. And professional photography is only allowed via permit attained at the park office (so please forgive my unprofessional photos, which they always are, because I am lazy). 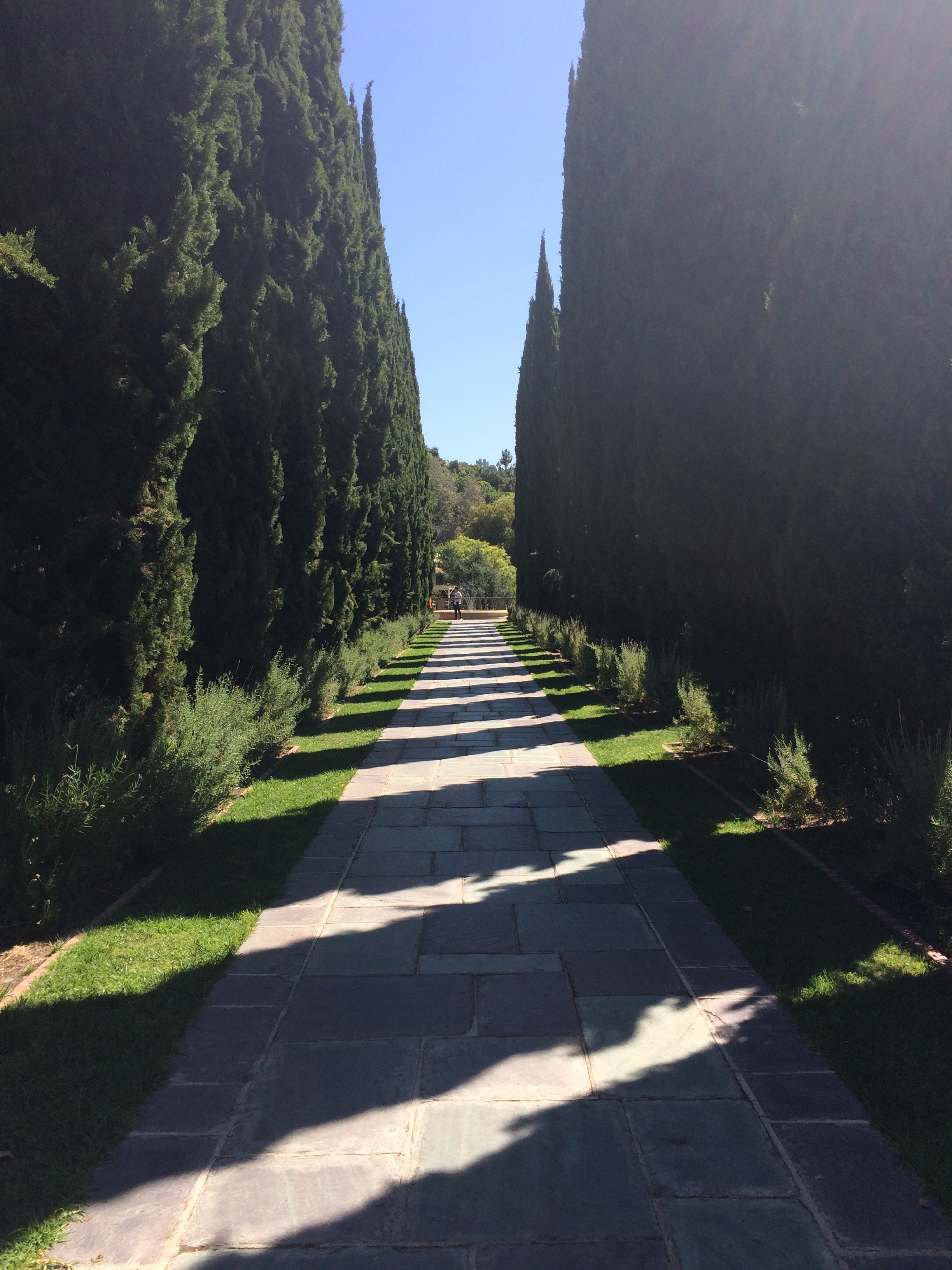 To get into the grounds you surprisingly go past the main gate up the road….and turn left. Then continue up past the house to the parking lot. The hill is steep, and I was on foot. I thought I was going to keel over, I was so thrilled when I got to the top and caught my breath enough to enjoy the gardens. I walked all over the grounds, snapping unprofessional photos and enjoying the view. 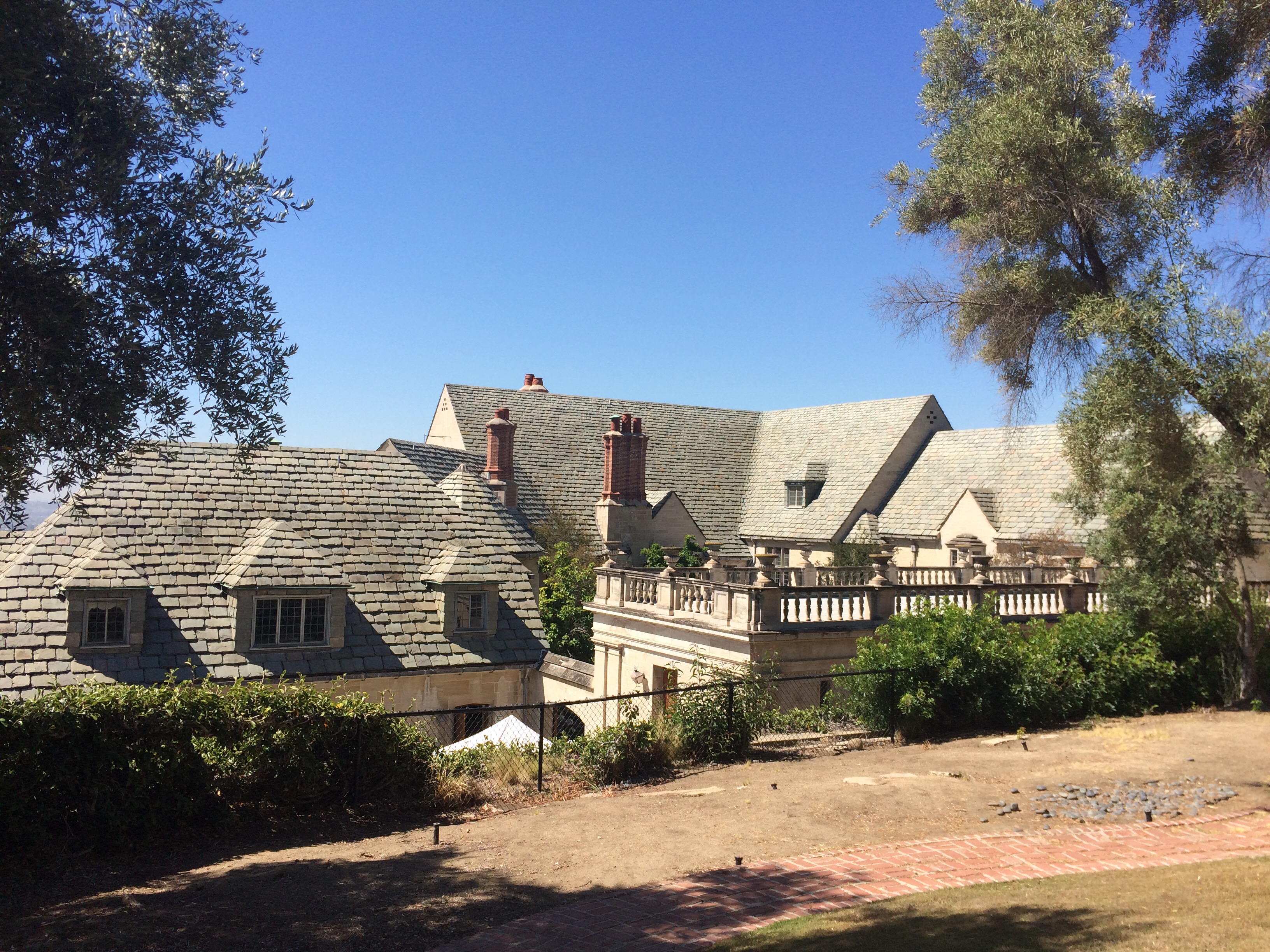 The mansions exterior is stunning. I walked so far around the grounds I wound up at the bottom of the property on the inside of the main gate, which was not an exit. I was promptly turned back around by the security guard and told to exit the same way I came in. Which was at the top of the giant hill I had just walked up and down. I may have whimpered a bit at the realization that I had to walk back up it. Oh well, I took the stairs with my chin held high, well I was actually watching the stairs because I was about 8 miles into my day and my legs were getting a little jello-ie. 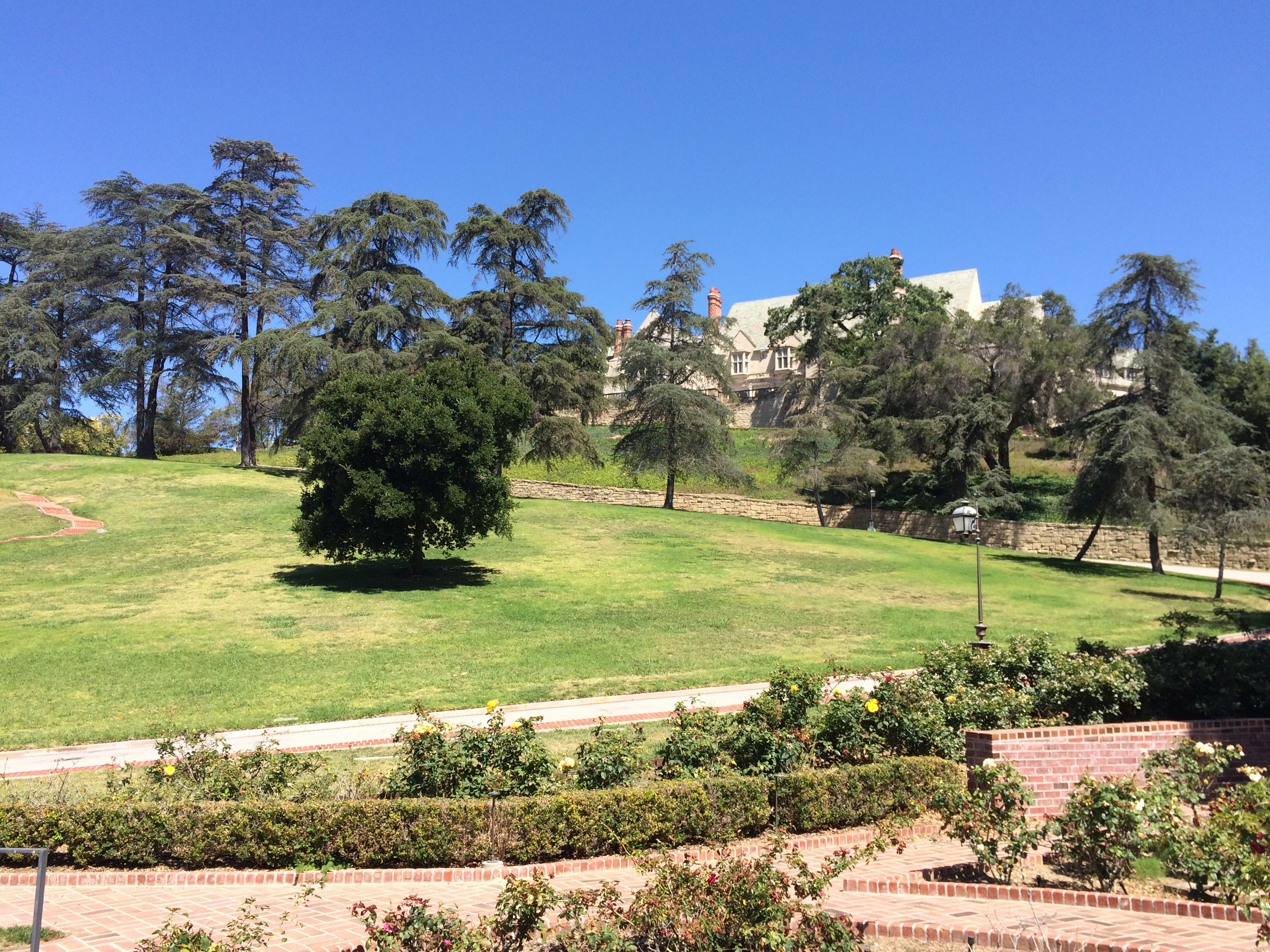 The voyeuristic side of me wished I could have toured the interior. And I may have more than once tried to tiptoe through the rose bushes to see into the windows. That being said, the grounds were truly stunning and the view unforgettable. For everyone with time on their hands and an affinity for architecture or garden design I would highly suggest a visit.