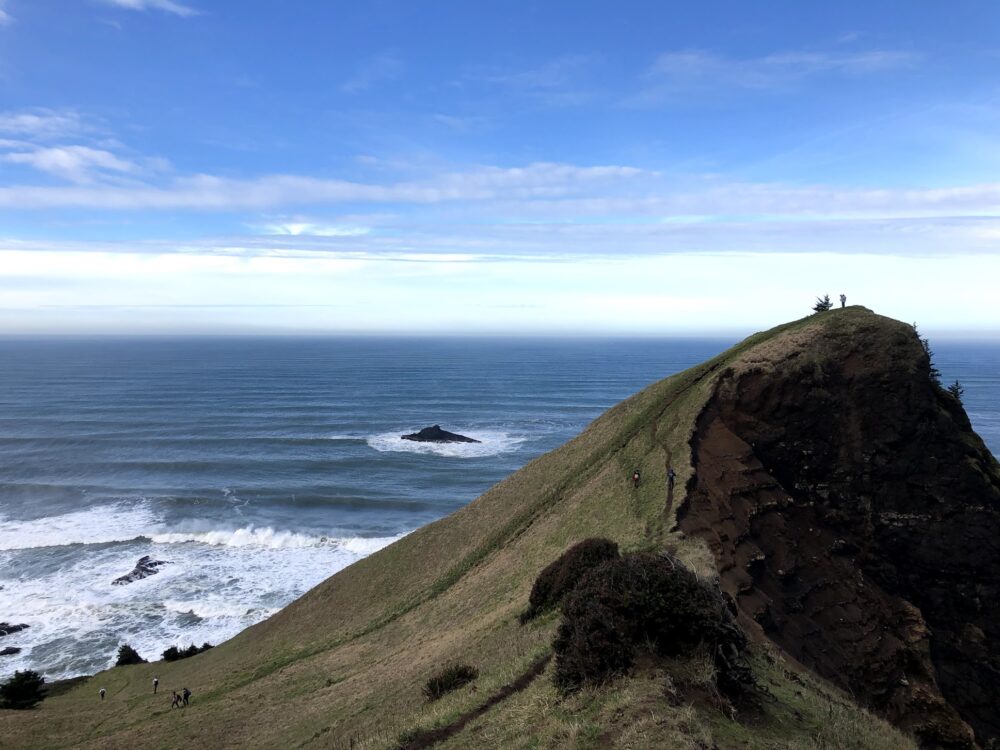 Hiking God’s Thumb in Lincoln City Oregon was something I have been wanting to do for a long time. But doing so without being completely surrounded by scores of other hikers took a couple tries. One time in fact I didn’t even make it within two miles of the tail head because there were so many parked cars lined up along the road. We took one look at the situation and turned right back around. This time was a little different, it was still technically winter, people weren’t traveling as much due to pandemic related reasons and we got to the trail head fairly early in the morning. Not early enough though, there were already cars there. 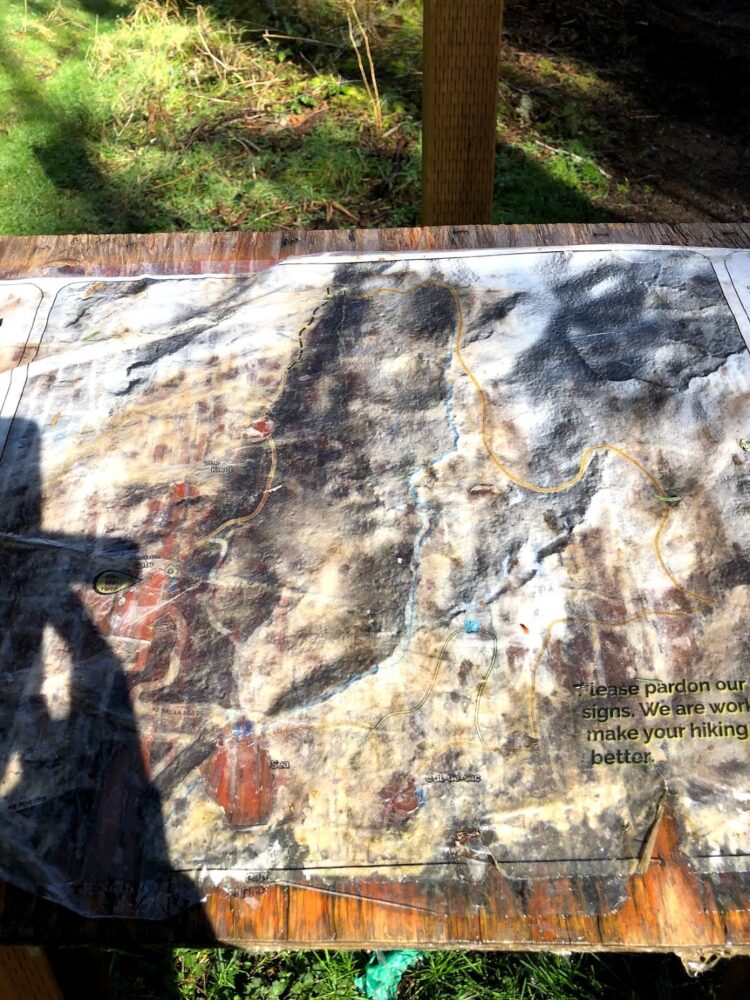 It started off confusing, with a fork in the trail straight away, don’t worry there is a map provided at the fork to help you find your way. Clear as mud. I relied on my phone map application, not by looking at directions but just by turning on the satellite view and guessing based on clearings in the trees which way to go. After a while we saw some folks returning to their cars and each passing person assured us we were going the right direction. There are no less than four forks in the path, other than the first one always stay left and you will get there just fine. I got frustrated about 20 min to the perpetual uphill climb for not being next to the coast line so decided to do a little exploring. I was gone for quite a while, when I came back my hiking companions had accumulated a few other confused hikers. I had no answers other than that way up the muddy hill wasn’t the right way, and the well groomed annoyingly uphill path is a better bet. 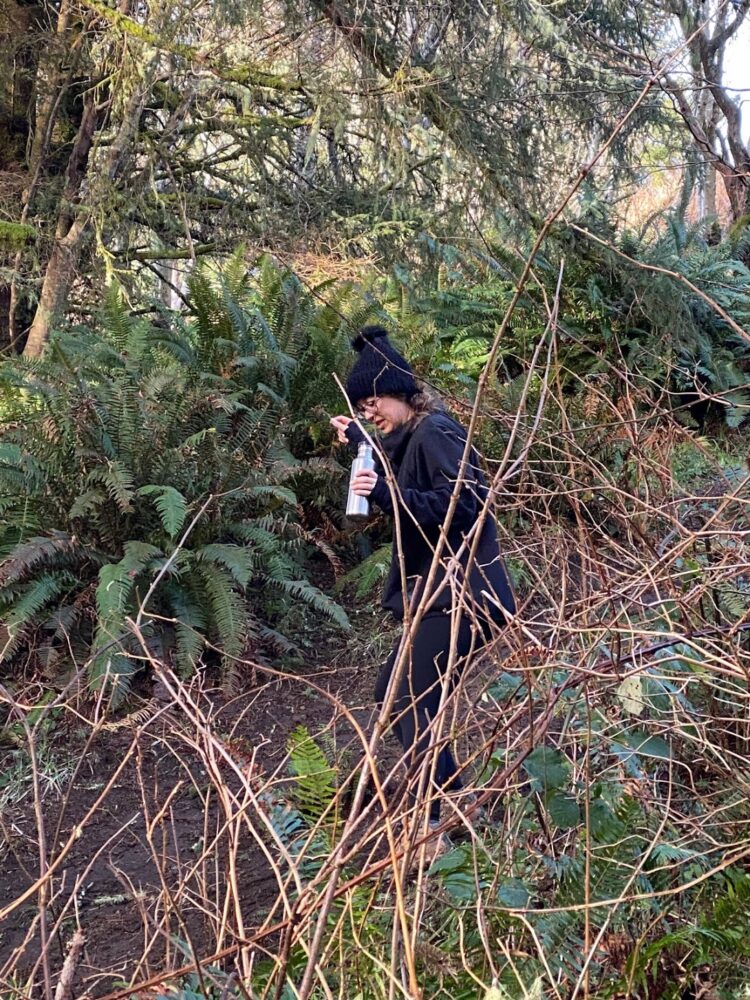 A good amount of the hike is not along the coast line, again I was disappointed. After the initial push upward we found ourselves in the direct wind path of the winter storm that had just passed through the area. The parks service hadn’t quite gotten around to clearing up the trees so it took a bit of climbing up and over very large downed trees to keep on the path. After the heavily treed area we found ourselves once again going down hill into a meadow and then back up again. But after what felt like forever the meadow become the coast line and I could finally see our goal.

Yet another down and up, but this time on an incredibly slippery narrow steep ridge. No hand or guard rails of course. Just a couple hundred feet to the ocean on one side and a not much better grassy hill on the other. Onward we went down the muddy path (mostly on our butts) and then back up again to the final view. 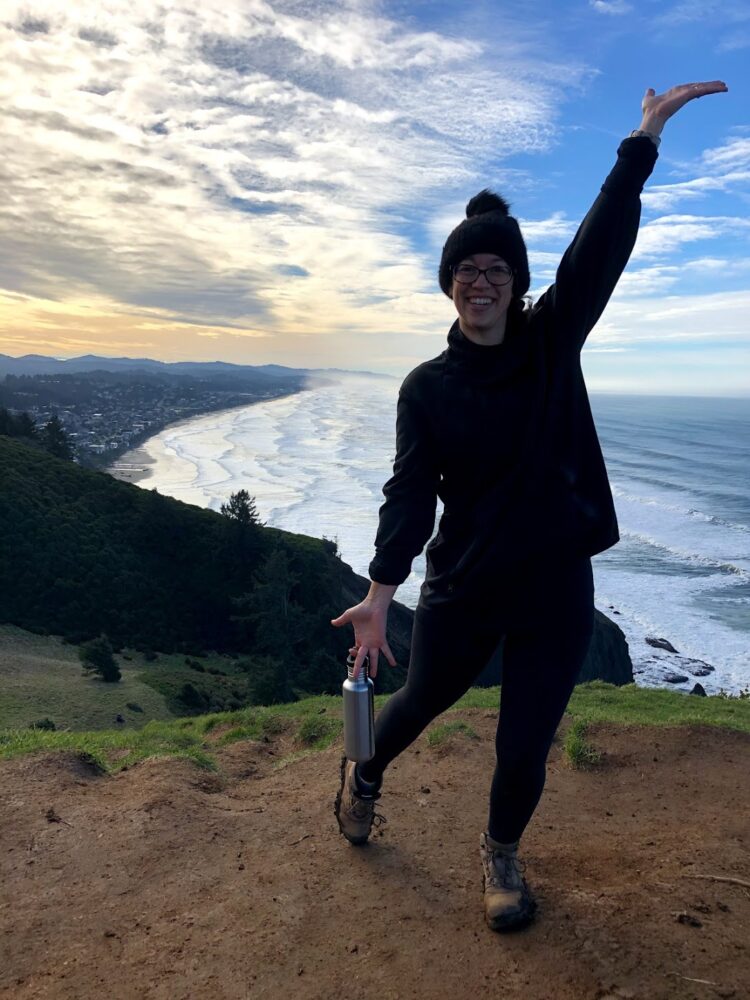 It was totally worth it. Freezing cold and windy but totally worth it. We only stayed a little while, there were plenty of other hikers coming and going and not a lot of space at the end. It felt rude to dawdle. So we took our pictures and scuttled back down the hill, grassy side luckily. All the while commenting on how much scarier it looks going back up. 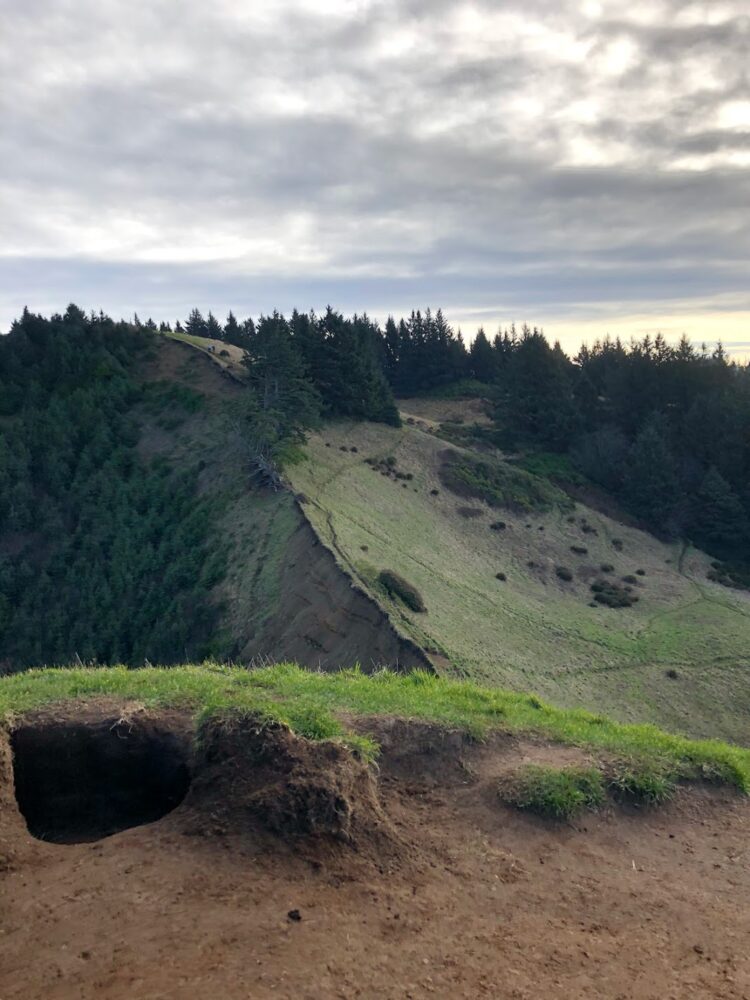 We followed some other hikers to the right along the coast line, rather than back the way we came. But quickly learned that while there is a coastal trail it was all but washed out from the storm. So we turned right back around and hiked out the way we came in. All the while reassuring the very confused hikers that they were in fact on the right path. I wouldn’t call hiking God’s Thumb a very challenging, but it certainly isn’t easy and the reason for the hike, the last half mile is not for the faint of heart. Or rather scared of heights individual. 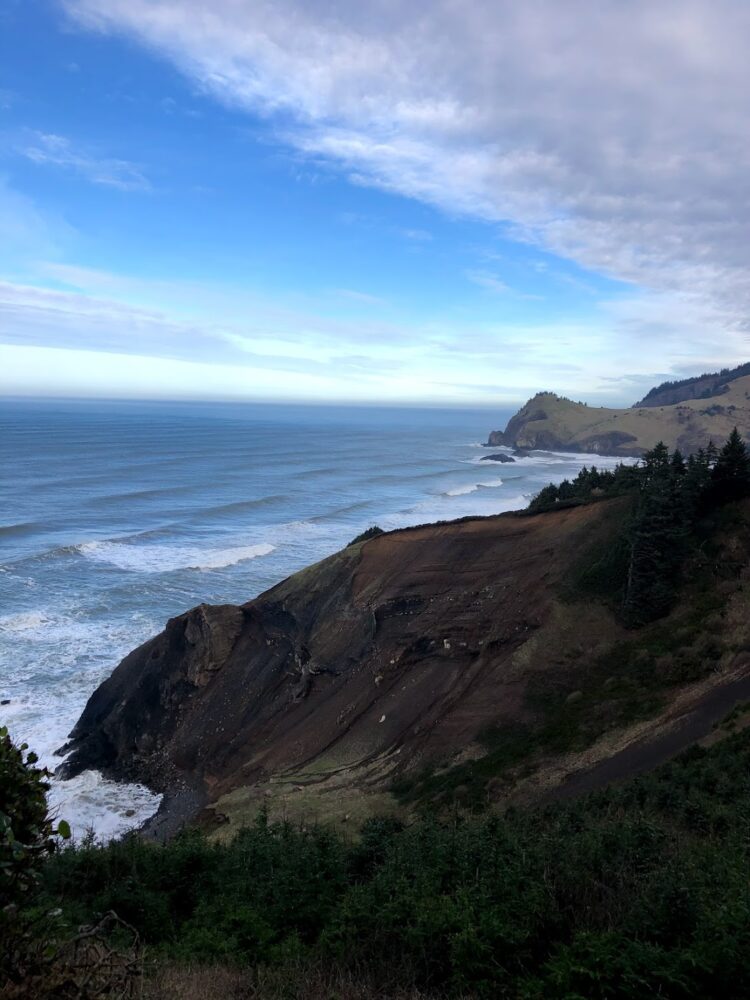