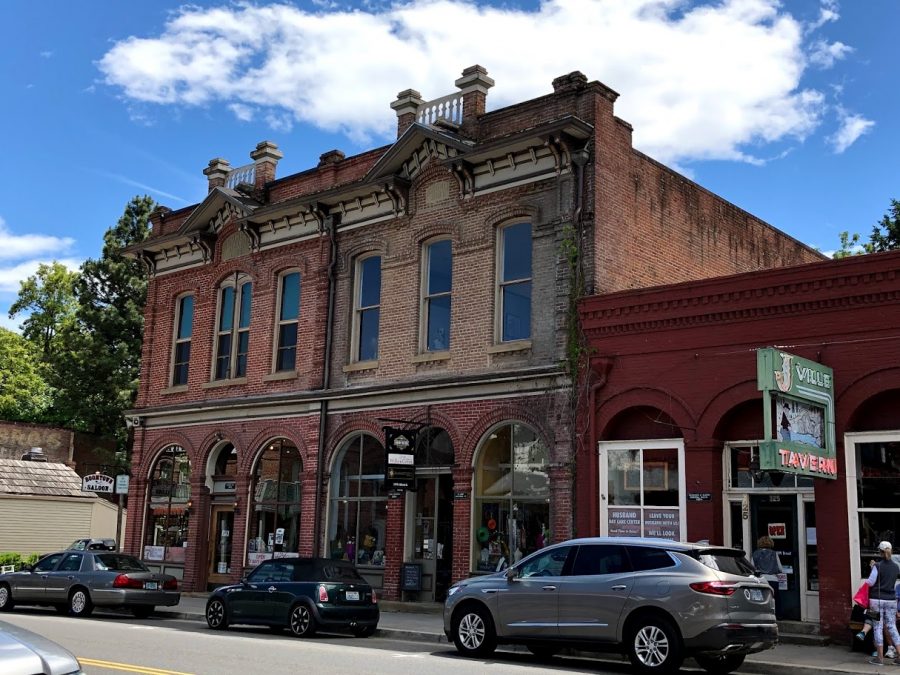 Jacksonville Oregon is a small historic town just a little under 48 miles north of the California border. Situated near enough to Ashland and Grants pass that you could make a nice weekend visiting some charming old southern Oregon towns, or make it a longer trip and drive up to Crater Lake which is only a two hour drive.

Jacksonville Oregon was officially founded by 1852, a small settlement that quickly boomed when gold was discovered in the area. It was also home the Oregon’s first Chinatown, populated with former residents of San Francisco who had moved up to the area following the prospects of gold.

Sadly like most of Oregon’s historic towns, the mines ran out, and the gorgeous town centers that were built are left behind when the trains stop running. In the case of Jacksonville in 1884 the train bypassed the town entirely. Supplies were too difficult to bring in, and without the mining income most residents left.

Luckily for us fans of historic buildings the town was never entirely abandoned. In 1963 a Portland Orchestra  Conductor was visiting the area in the hopes of locating a place to play music in the summer. A site was selected, on the land of former resident Peter Britt, for it acoustic qualities and beautiful surroundings. Ever since then the British Arts and Music festival or Britt Fest is held in the small town, brining some world class music to the small southern Oregon community.

When I visited it was only for an afternoon and not during Britt Fest. I was there for lunch and to check out some of the superb shopping that the town has managed to maintain thanks to its appeal to the tourist types that like charming old buildings and quaint little shops. There isn’t a lot of parking in the small downtown, but plenty in the residential parts of town. There is also a historic trolley that will pick you up from the public parking lot and take you all over town.

We strolled the town, went into every shop and had a nice lunch before taking off right around the time it got really busy. Just perfect for me. Since Jacksonville Oregon is such a small town it isn’t necessarily a destination on its own, especially if making the 6 hour drive from the Portland area, but is a must see if already in the area and will nicely round out a wine or hiking trip what ever flavor suits you best.