My all time favorite movie as a kid was Jurassic Park. I saw it in the theater more times than any other movie, probably combined. When I went to Universal Studios for the first time 15 years ago I rode the Jurassic Park ride on repeat all day, even though it was pouring down rain and you get quite wet on the ride anyway. We would go Jurassic Park, then over to the Backdraft ride to dry off and then back to Jurassic Park. All day. Now, 15 years later Backdraft has been replaced with the Transformers so luckily when we went it was a beautiful sunny weekend. And we still got soaked. 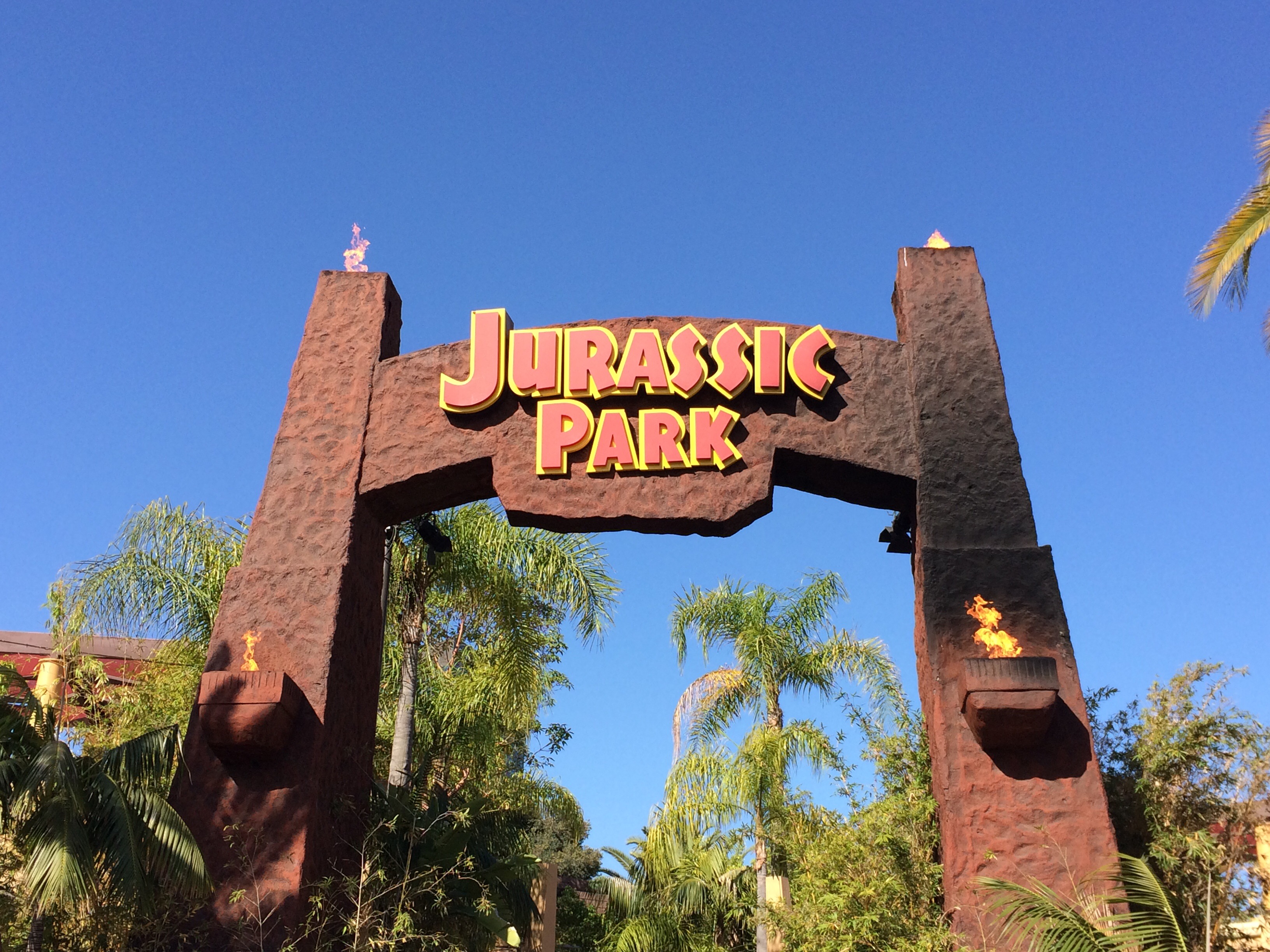 I don’t know what it is about the ride, other than the intense nostalgia it brings up since I watched the movie so often as a kid. It is a river raft ride, not unlike Splash Mountain at Disneyland. The ride takes you through a mellow water cruise observing some very cute animatronic dinos, some of which spray water on you. Then there is a faux raptor breakout, and more dinos startle and soak you. 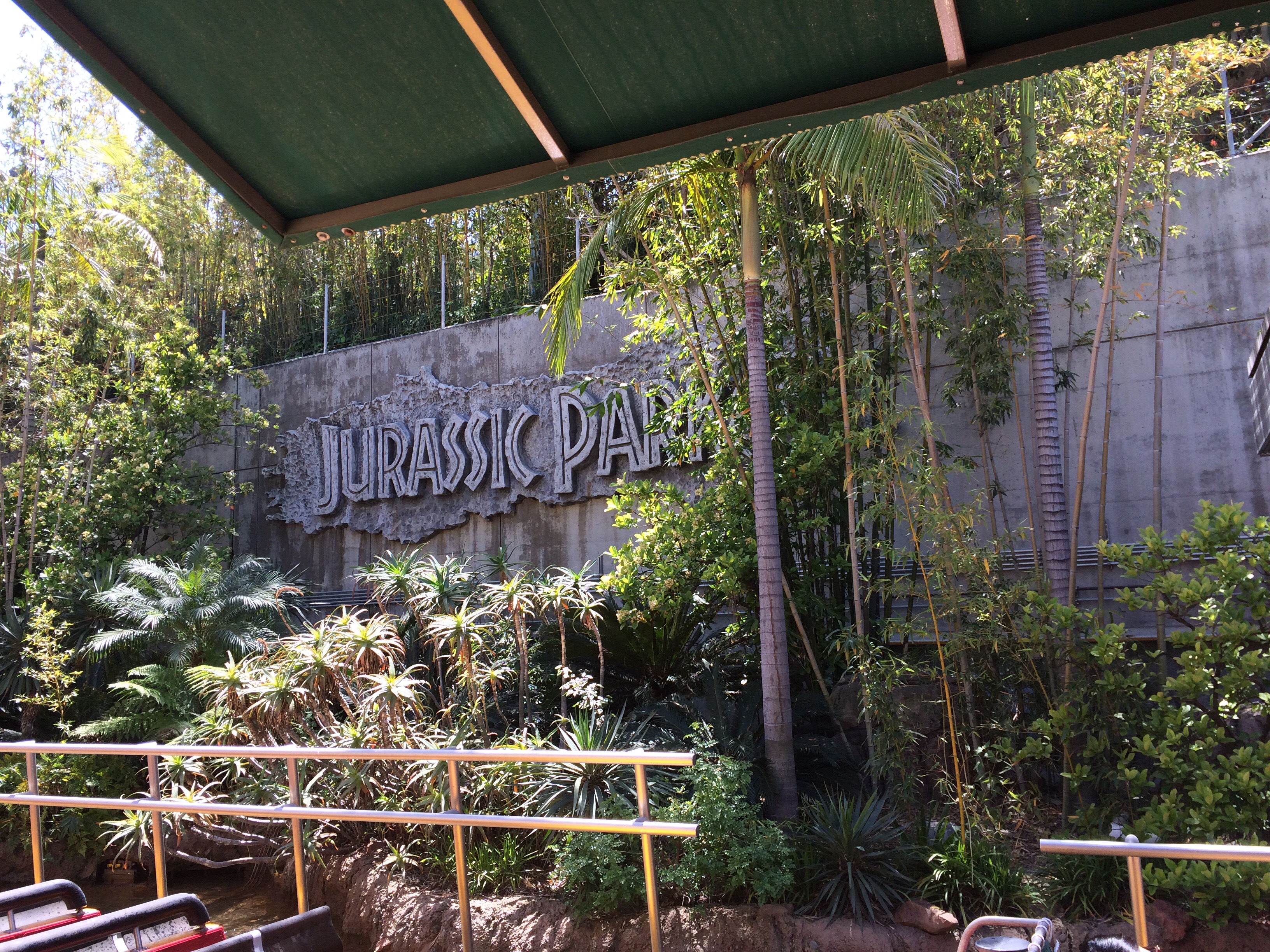 And then at the end you drop forever and land in a giant splash which actually doesn’t get you terribly wet but since you have already been soaked several times it wouldn’t really matter. This time around we got stuck on our first ride of the day, for several minutes in a not very comfortable part of the ride and managed to get some free passes. So we had the opportunity to ride on repeat without waiting in line, which we took full advantage of. 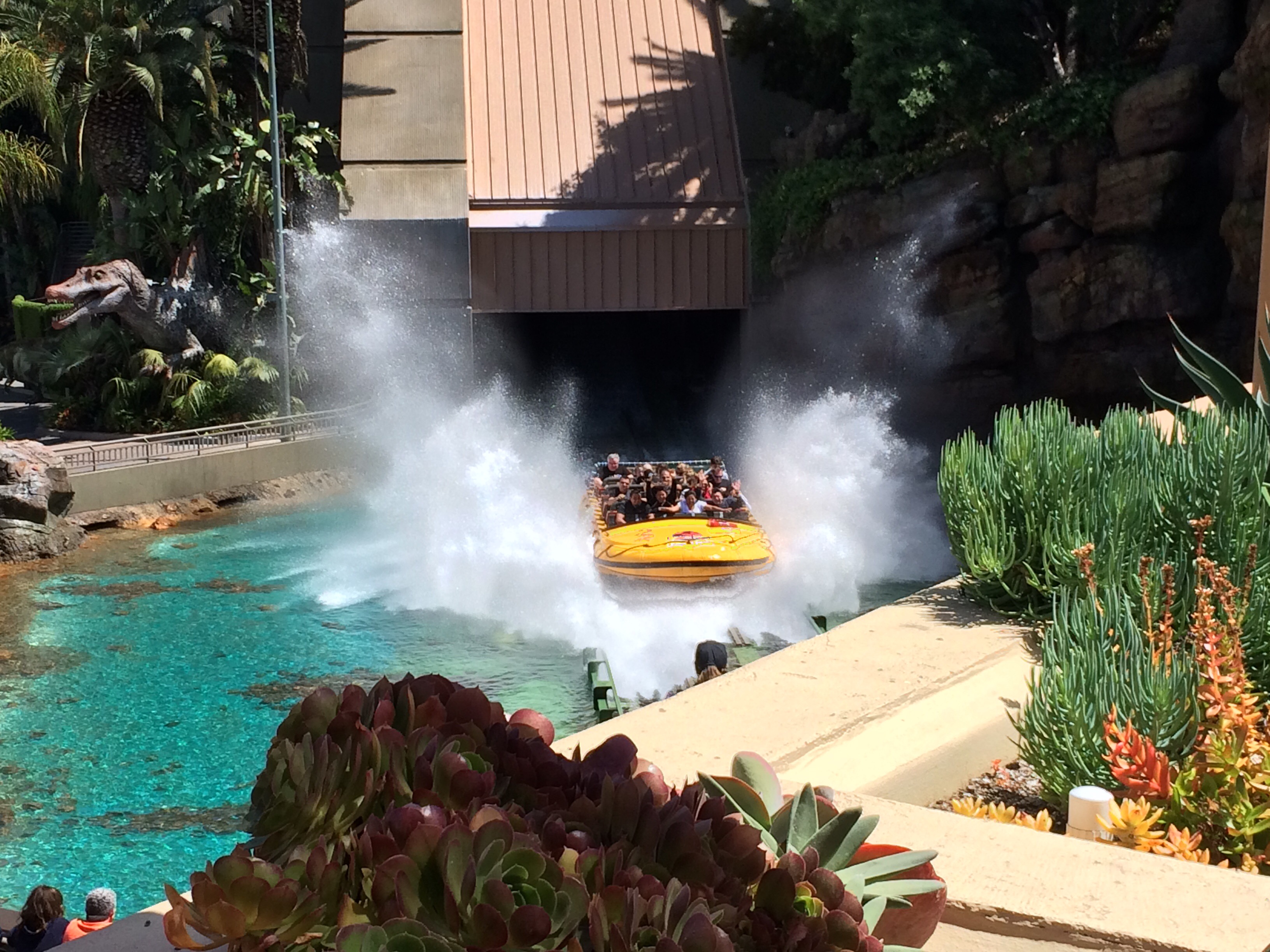 Since the release of Jurassic World they have updated the ride, it is quite a bit different than I remember. They also added a character attraction, where you can meet a raptor. I chose not to participate since the line was quite long. So instead I watched from a ways back trying to figure out if it was a very clever robot or a very good and possibly suffocating actor. I never did figure it out, either way people loved it and it was fun to watch. 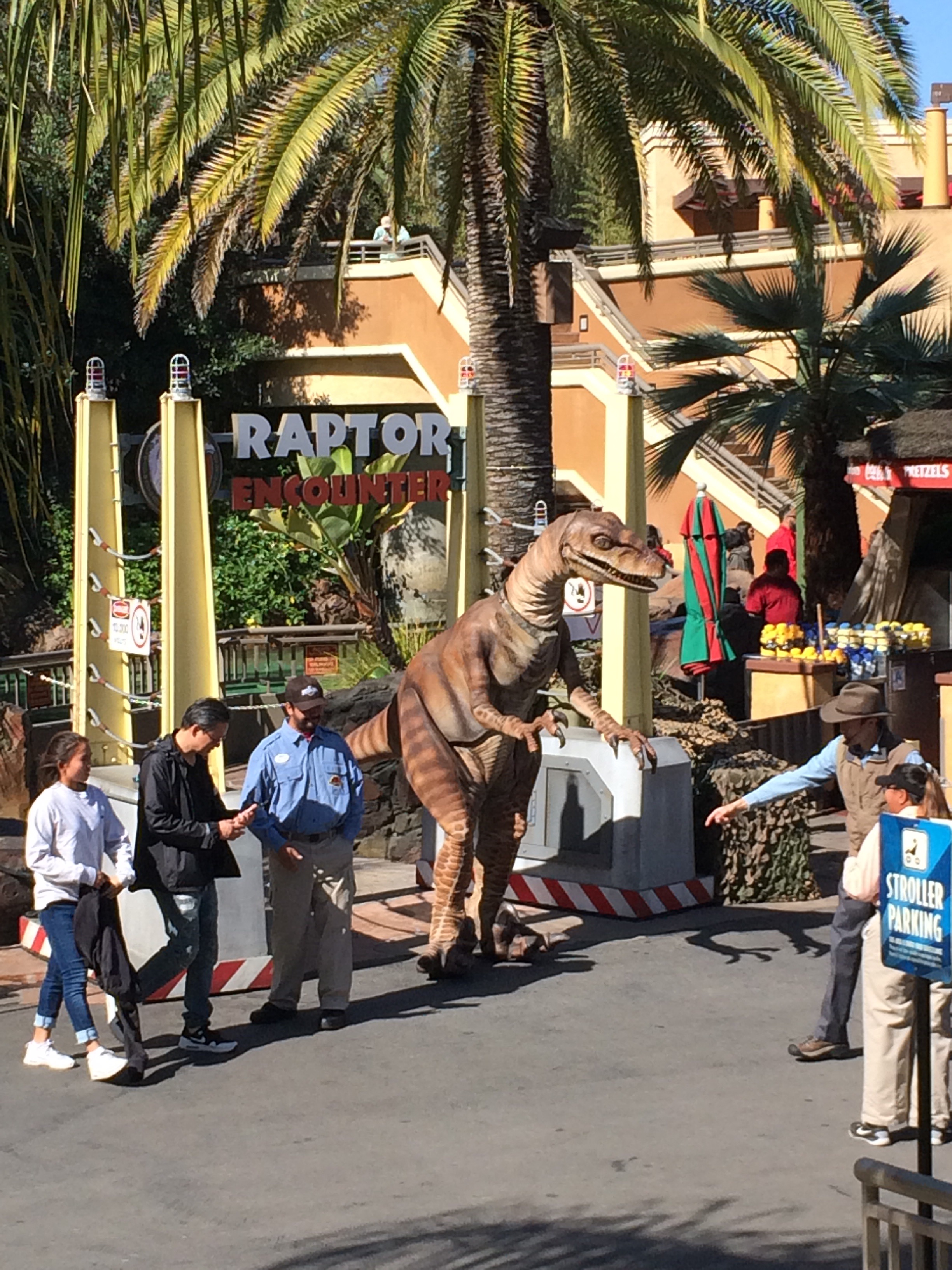 Across the way is the Mummy Ride which is new to me. But given how old the movie was I assume has been a part of the park for quite a while. It has been added to my list of favorites  because it is an actual roller coaster in the dark that goes 45mph and then stops suddenly and reverses you back to the start. 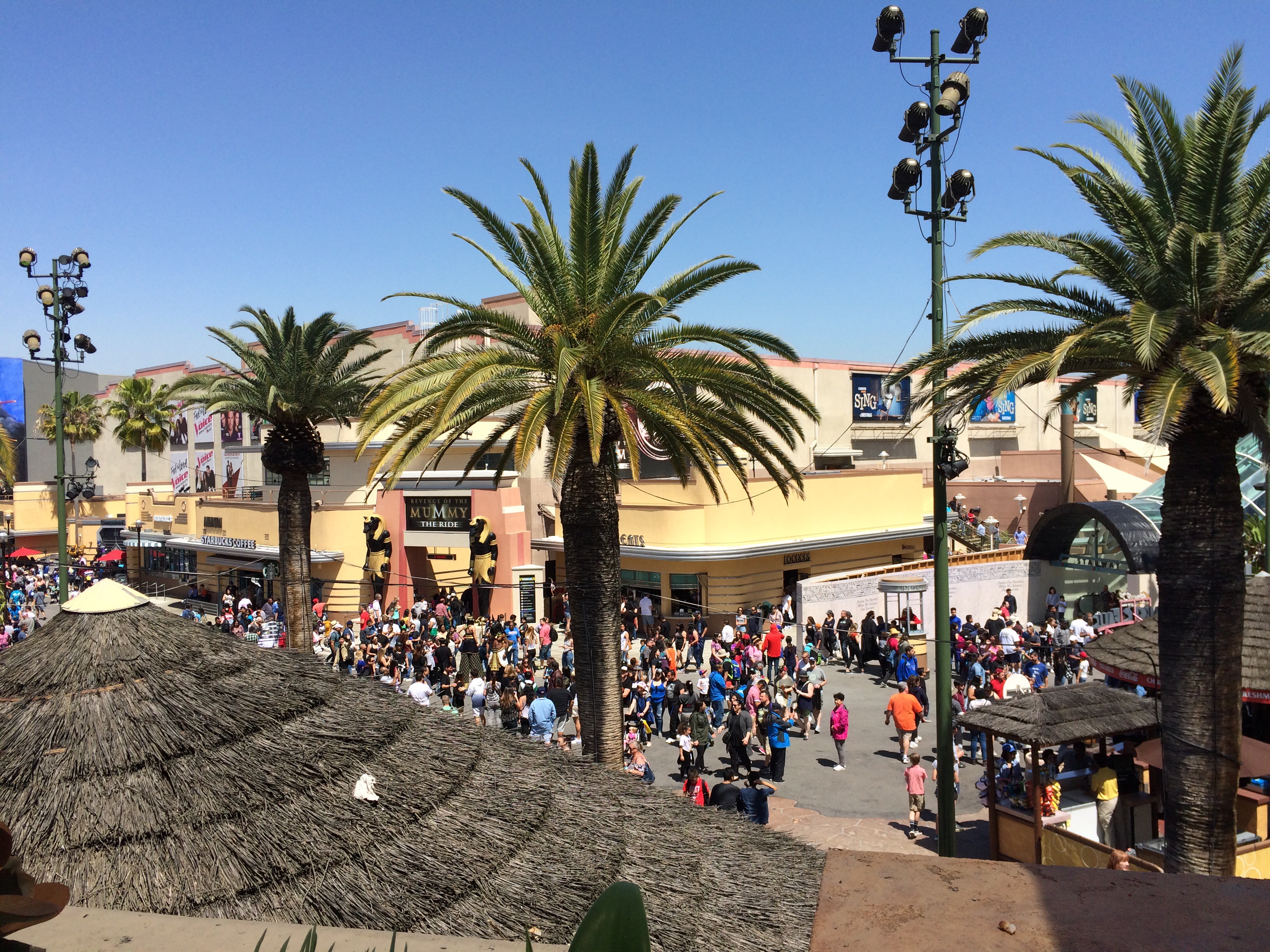 The line did get pretty long at one point but it was never too terrible and with a single rider line we managed to not have to wait more than 10 min for any of our rides. 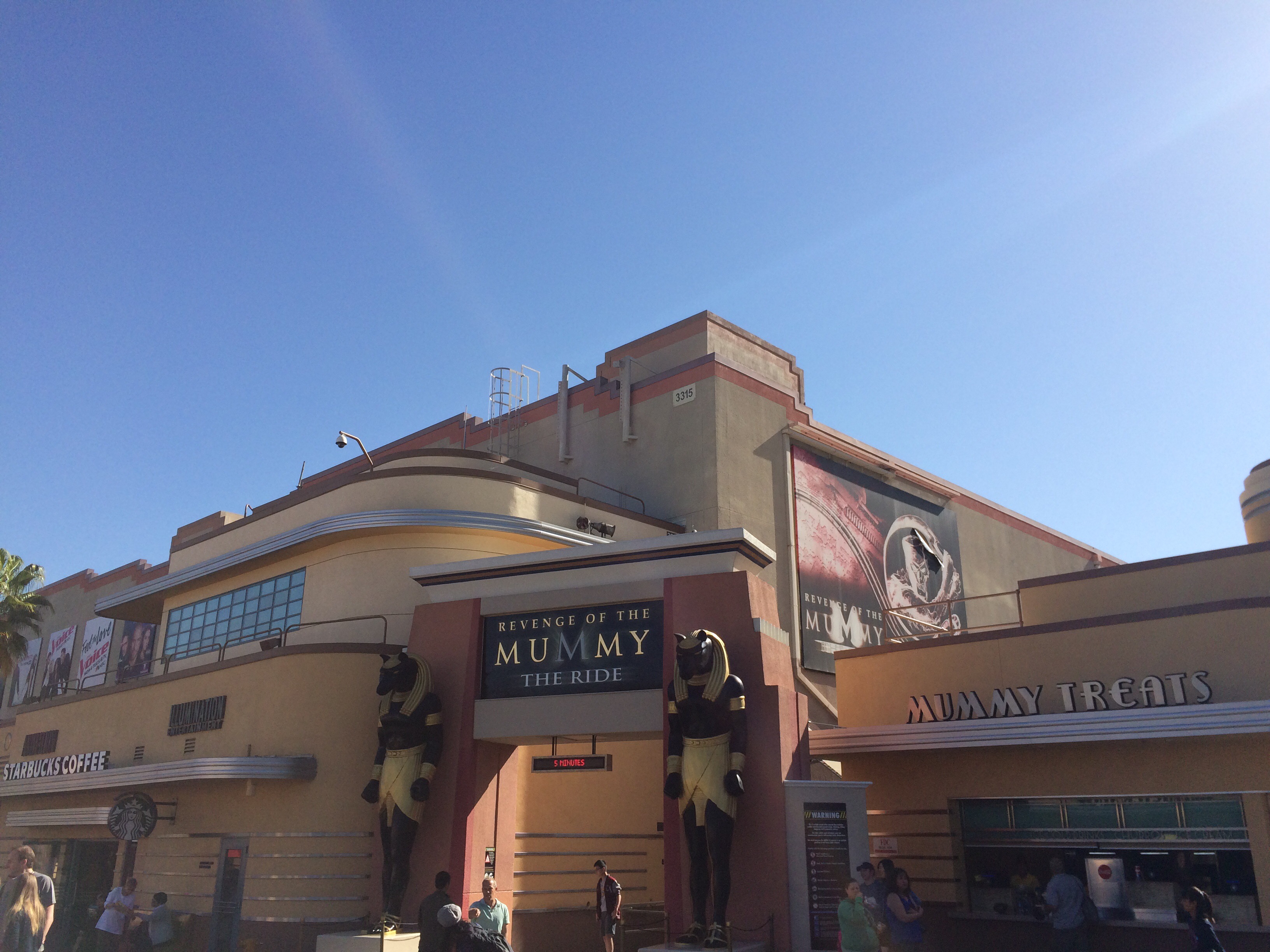 I couldn’t help but get my picture taken with one of the decorative mummies. Good lookin’ guy isn’t he. 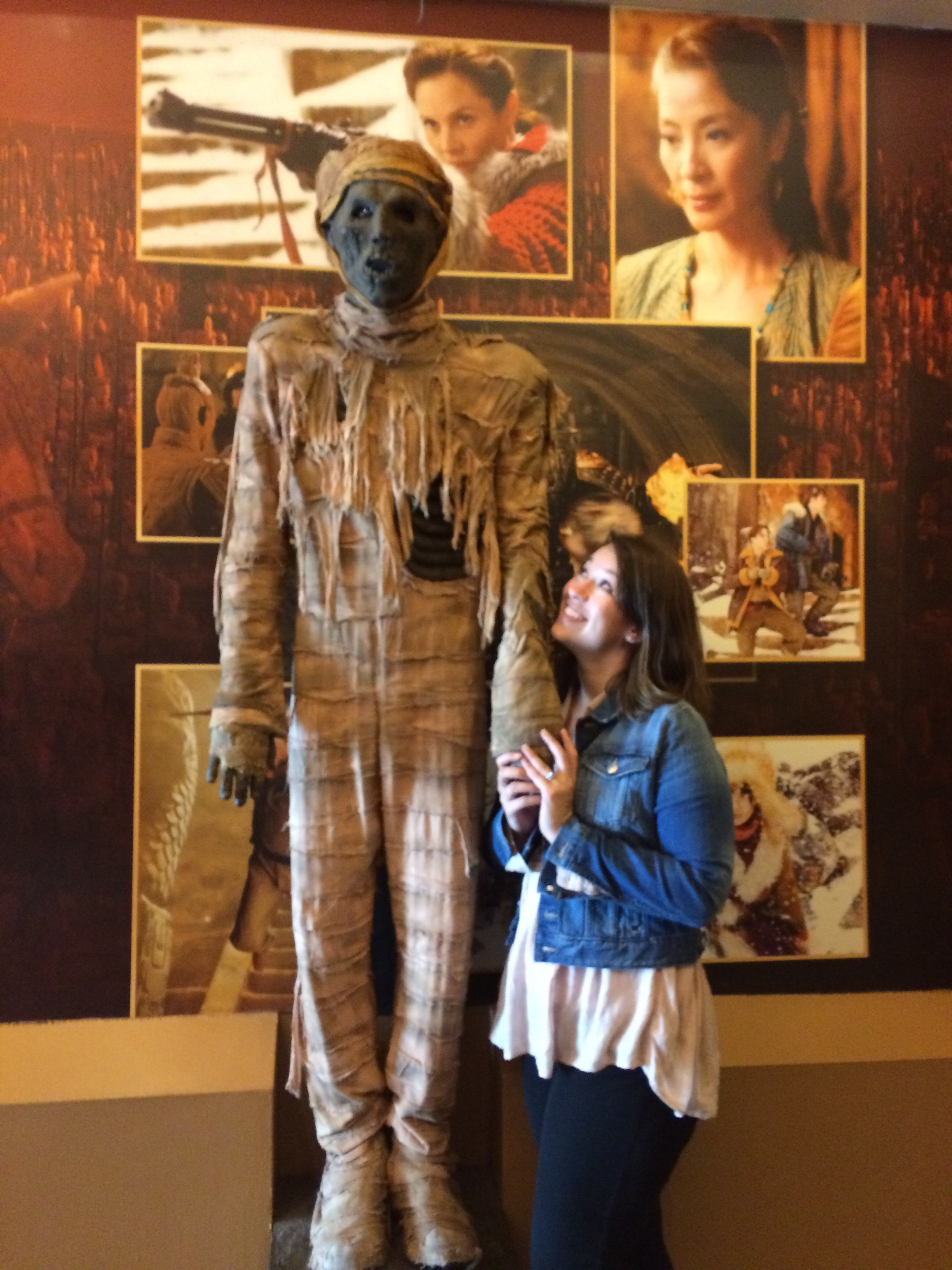 All in all the lower lot of Universal Studios Hollywood houses the best rides, in my opinion. But with less to do in total you can’t really spend your whole day down there. We took a couple trips to do some back to back rides and then hopped back up to the main park where we spent most of our time there.