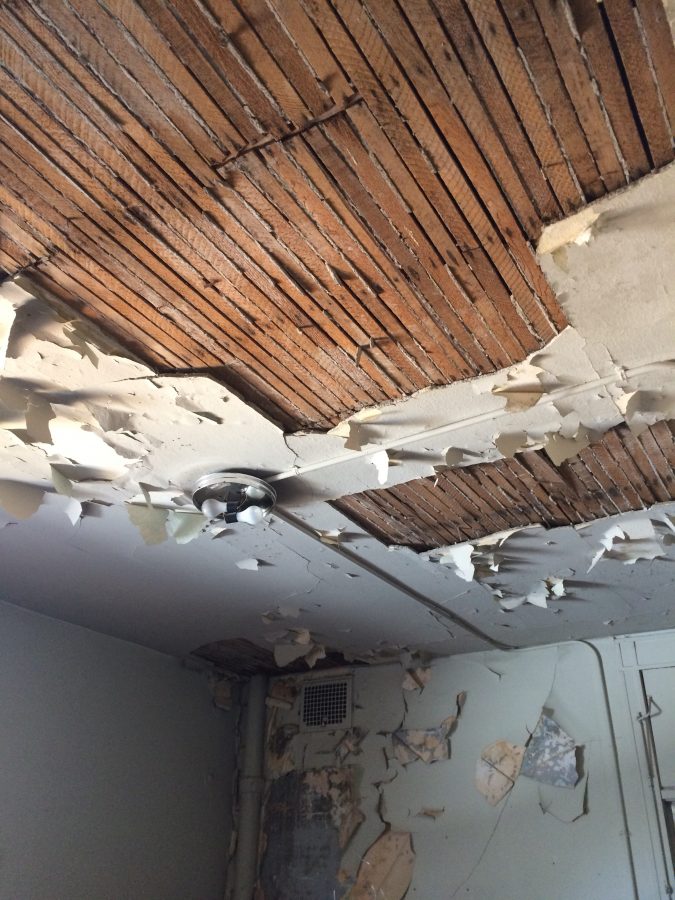 I have been researching for a while and unfortunately cannot find much on the history of the Moro Hotel in Moro Oregon. It was constructed in 1921 and had roughly 50 rooms, a lobby, a dining room and numerous facility rooms like laundry, kitchen, back office and storage areas.
Local newspapers have written up articles on things to do in the area and none seem to mention the old hotel or the antique store that now occupies the building. The women who owns the place now, Lisa, was kind enough to show us around after we had poked around in the lobby area for quite a while. The three floors above the lobby are in various stages of renovation. 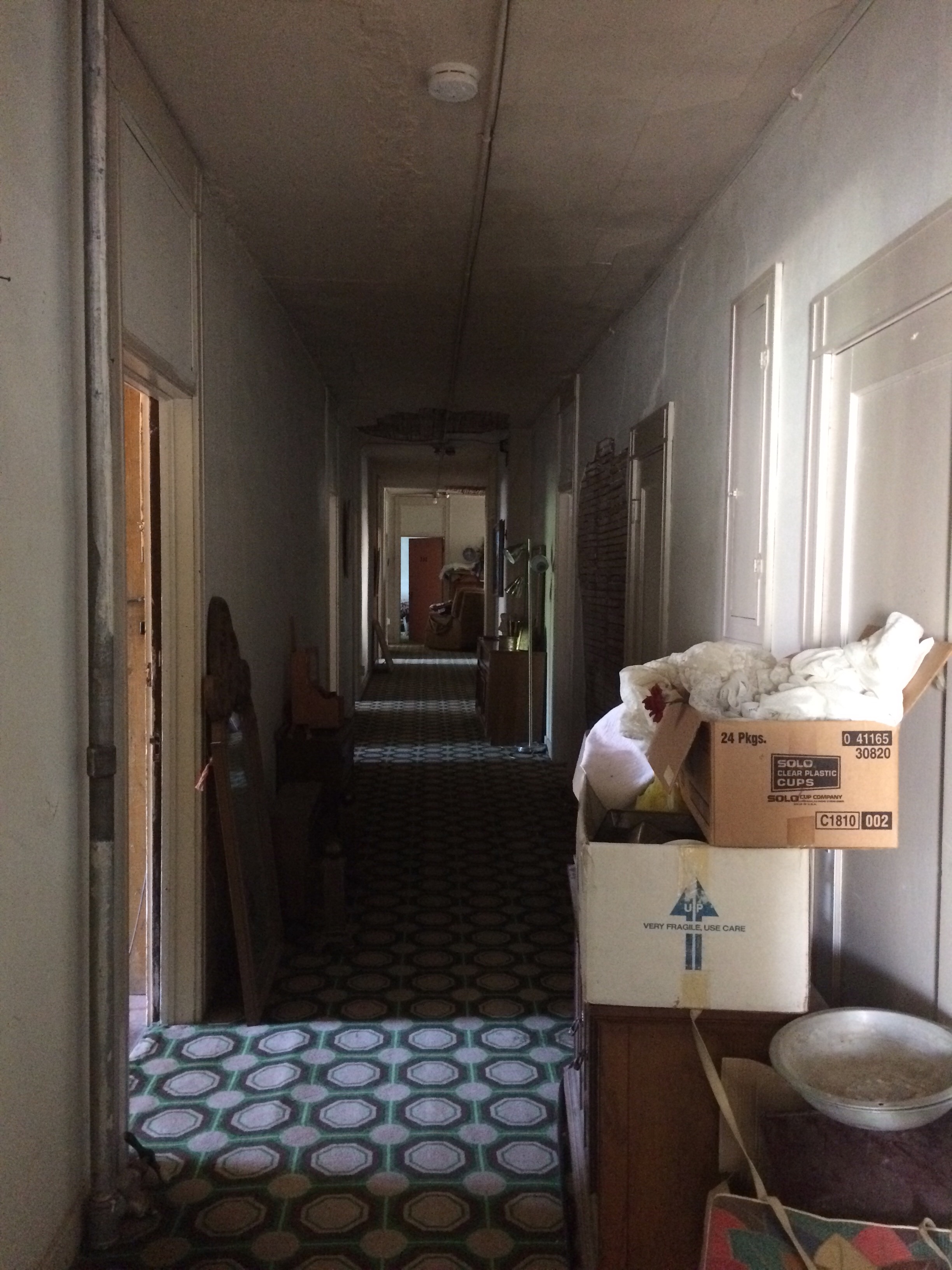 The first an eerily jumble of rooms, most stuffed to the brim with odd collections of things from Christmas decor, to baskets, to floor to ceiling lamps.  A few rooms have been renovated and she offers them up to friends and family who make their way out to Sherman County for a visit. 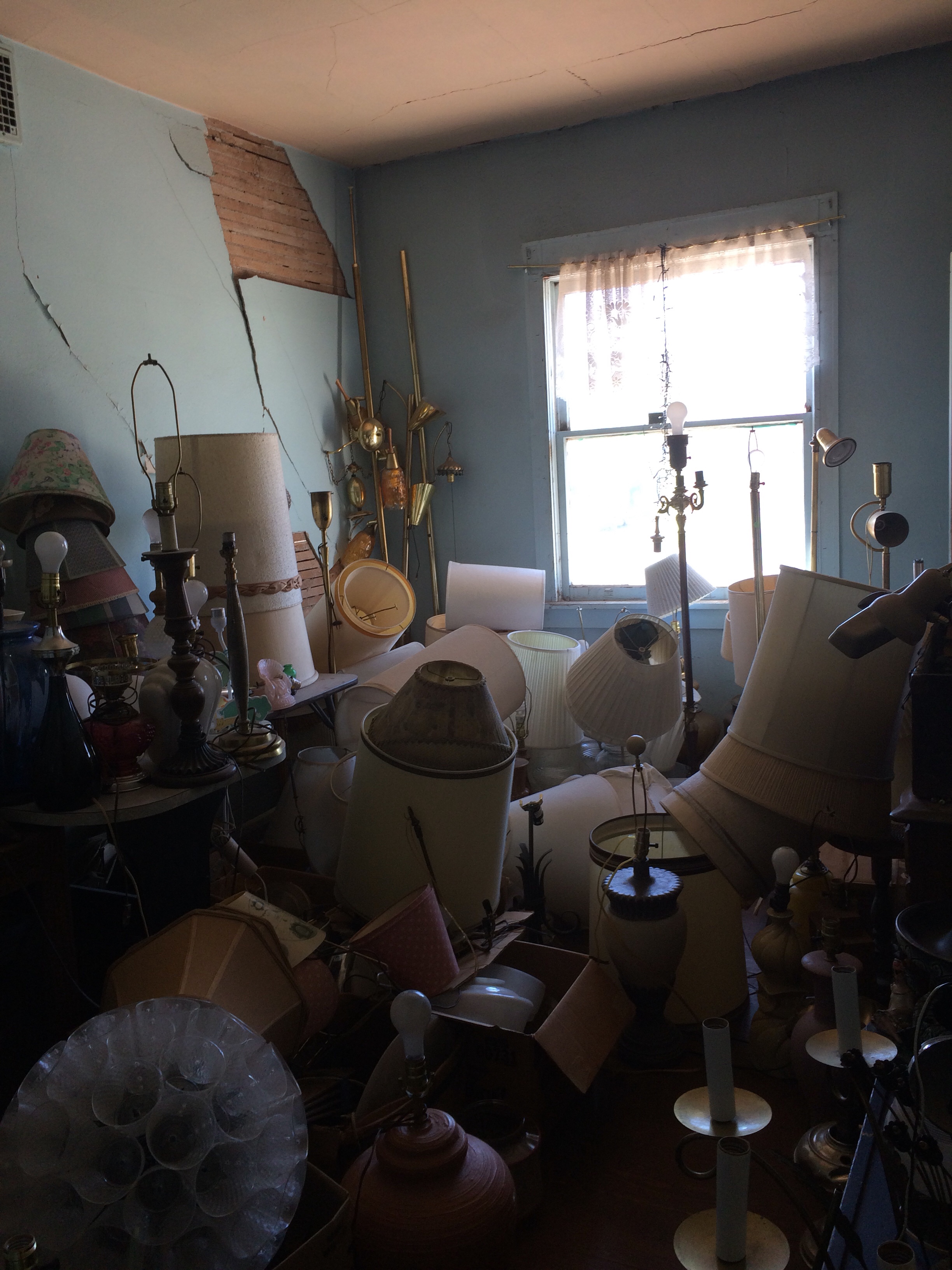 The second floor having been mostly untouched. It still has remnants of the old rooms, which were Jack and Jill style with shared toilet rooms on one side and shower on the other. 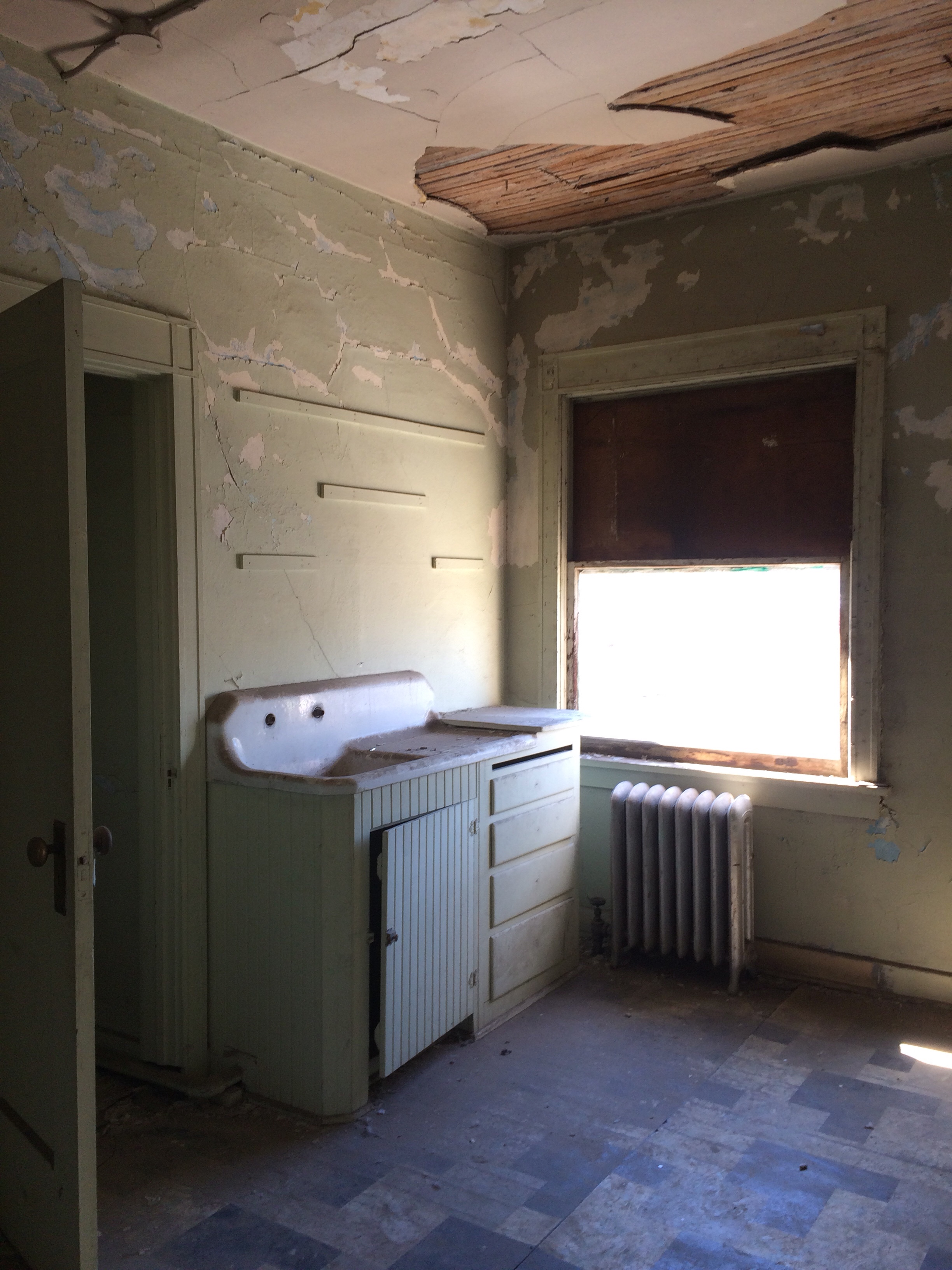 The original floors, trim, heaters and kitchenettes still standing in most rooms, however many of the windows were blown out. In all the rooms the plaster was peeling away from the wall planks in various layers. The top floor which I did not get a good picture of because it wasn’t lit was the original attic and where most of the renovation has taken place so far. All the old broken and weather damaged plaster has been removed as well as wood planking fully replaced. What remained was an eerie open poorly lit attic with exposed brick. On the bricks you could see the hand-prints of the people who layed the bricks still slightly wet nearly 100 years ago.
To experience the Moro Hotel for yourself, Moro Oregon can be found in north central Oregon in Sherman County. The hotel is on the main street, the only four story building on the block.