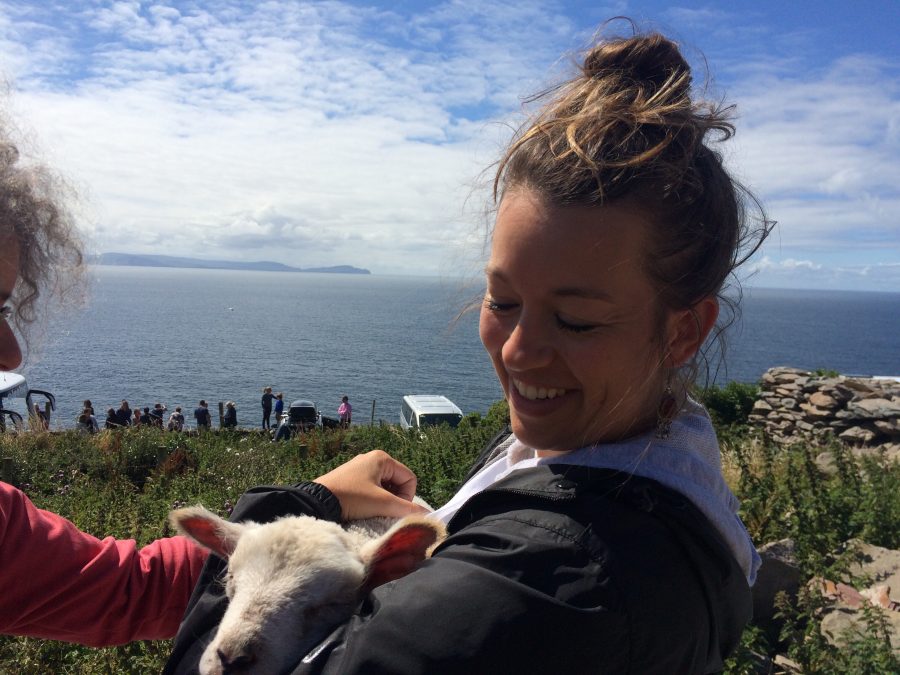 The fourth day of hiking I decided again to not. Due to the terrain of the trail I thought it best to not risk tearing up my feet anymore. Many years ago when I first started traveling the way this day unfolded probably would have terrified me. But the great thing about traveling is you get used to uncomfortable situations and the unknown really fast. So instead of being sad or anxious I just ran with it. 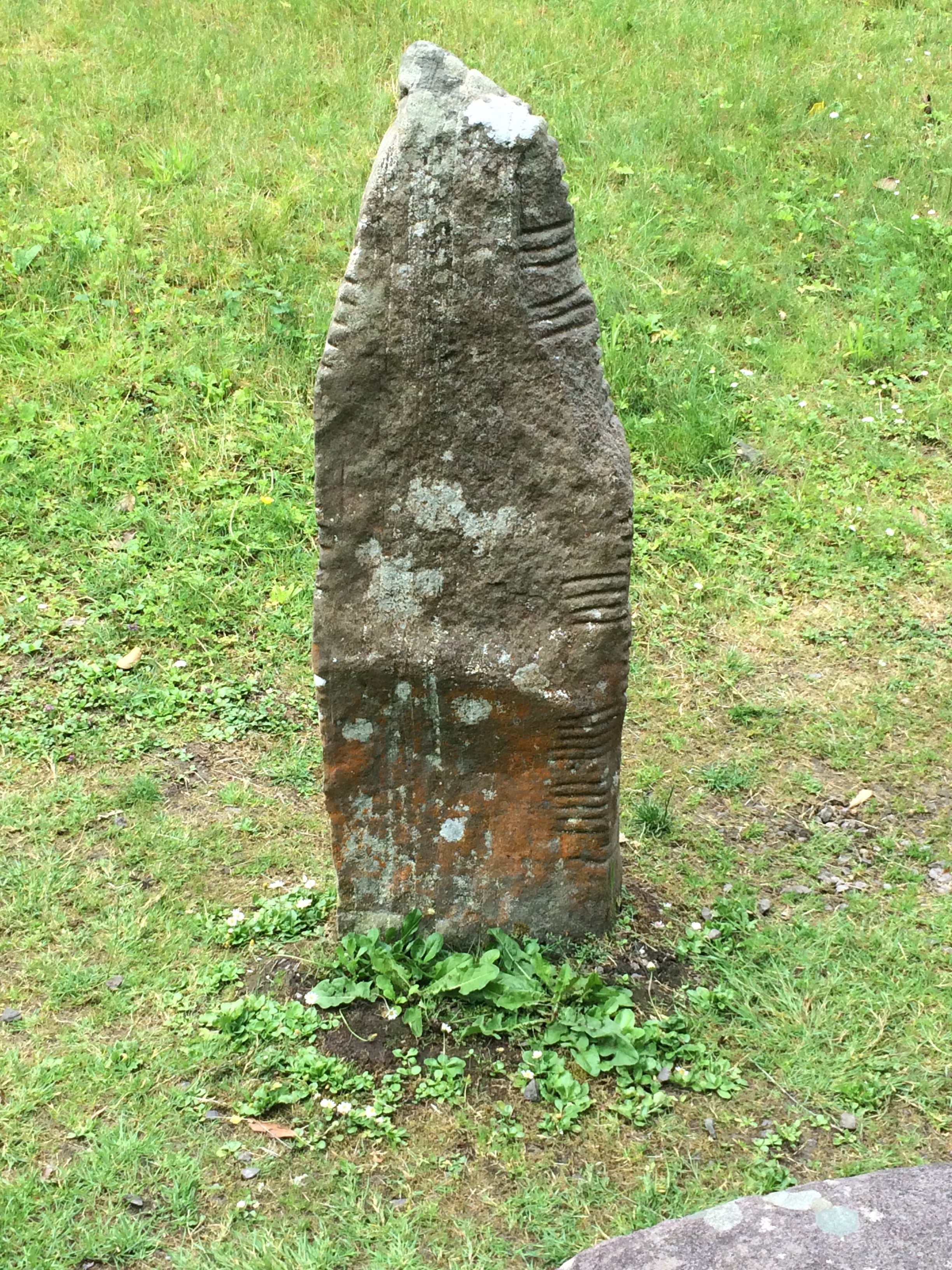 The tour offices close early in Dingle (after my group showed up). I was pretty much standing outside the doors when the tourist office opened the next morning. I asked if they had a tour that I could get on last min, any tour. They said maybe, but the guy needed three for it to be worth it and I was only one. Check back at 11 was the answer.
I sprinted back to the hotel (mind you while Dingle is small these two places are on the opposite end of town). I packed my own bag for a day of hiking but with my new sneakers instead of my boots. I grabbed my sack lunch. I used the ‘bat phone’ to set up my ride for 3pm, I took screen shots of directions to our hotel and directions to a couple of things in town in case my tour fell through and said good-bye to my group. Later when I stopped back in the tourist office there was a french couple that wanted a last min tour as well but needed a third. Perfect! Off we went. 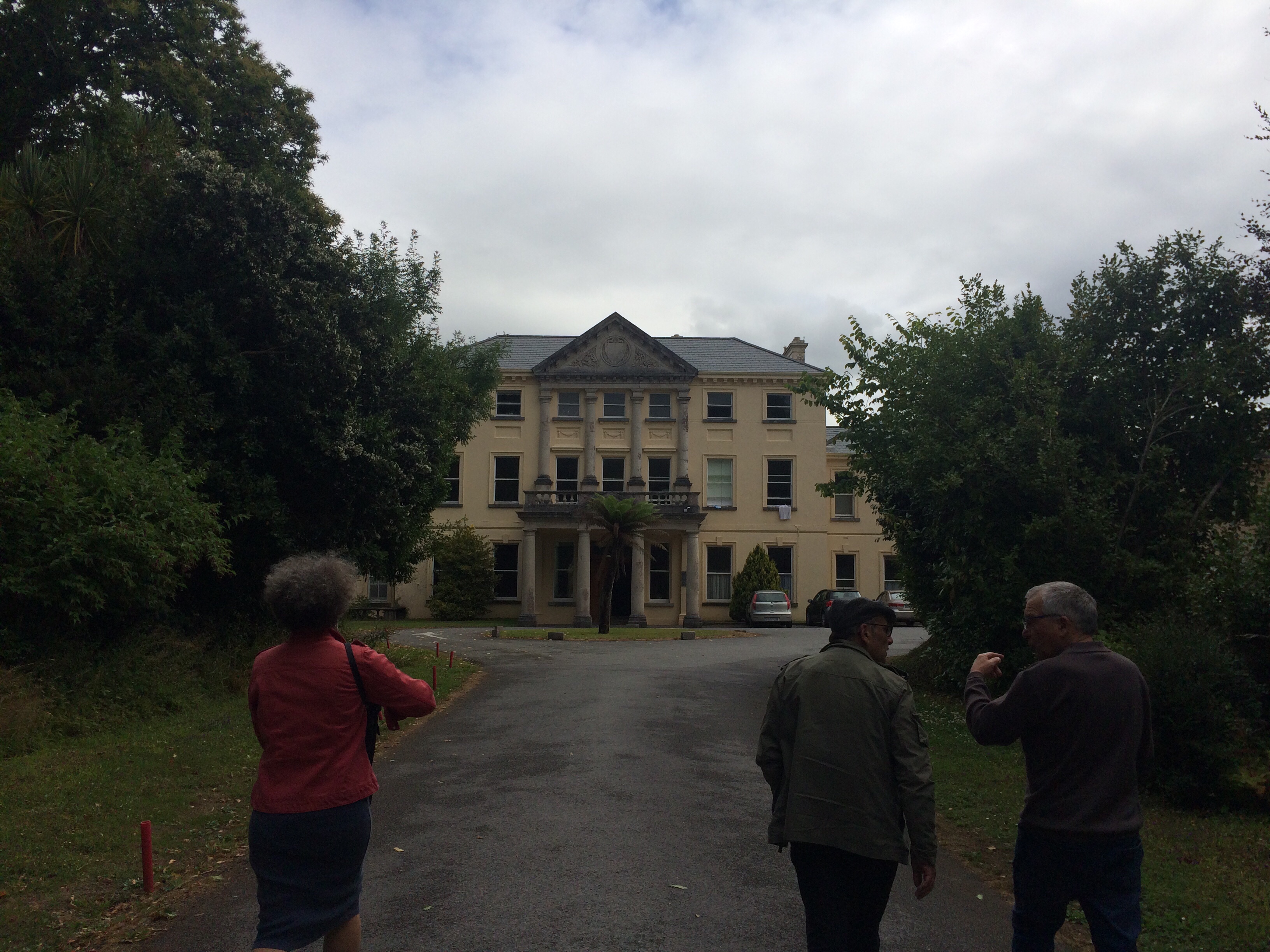 Our tour guide was Mossie and it was a wonderful day. He gave us a quick history of the Irish English conflict during the Tennent farmer years and showed us Burnham House which was the home to Thomas Mullins, 1st Baron of Ventry.  Mullins was one such land owner, not kindly favored by the Irish. It is now a girls school so we didn’t get to go in.
Mullins had removed a lot of old land markers and grave stones when he took up residence in the area. When he was removed and the land returned to the native Irish, stones that were found were placed in his yard. The language is read bottom to top, and the stone pictured above was a grave stone. However, there is no grave to mark where it sits today and the site like many is lost to time. 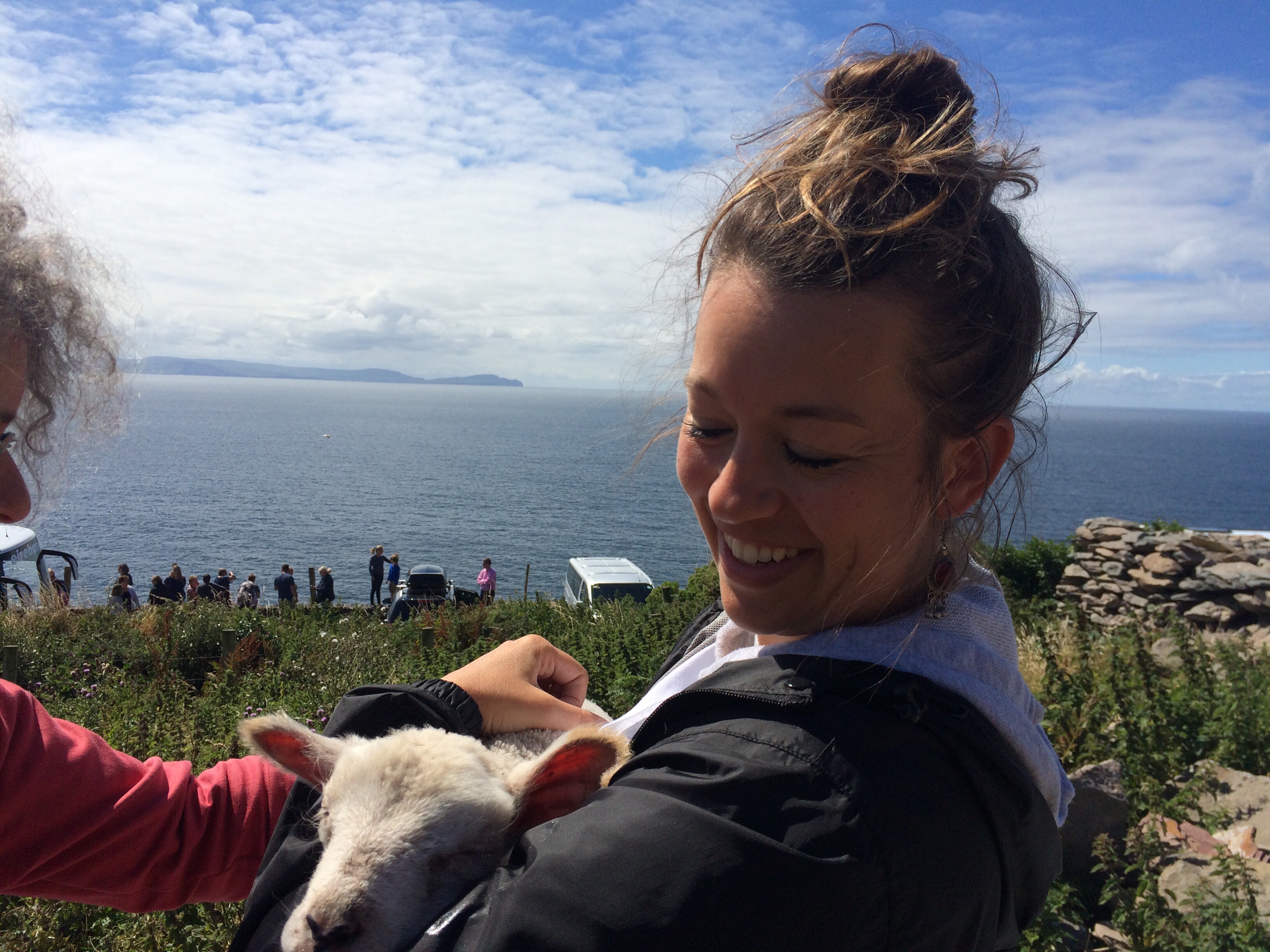 After the Mullins house we went back in time to the Pre-Romanesque period and visited some Clochan sites, more known as Beehive huts. Not the same that were filmed in Star Wars, those were replicas not originals. They were modeled off those on Skellig Island. Skellig is a UNESCO site and to film in the huts would have been too risky. However some exterior shots were taken on the island. My head in the picture above is covering Skellig. At the site we visited we got to see a complete hut, and were given a lot of history and information around usage. And I got to hold a baby lamb. 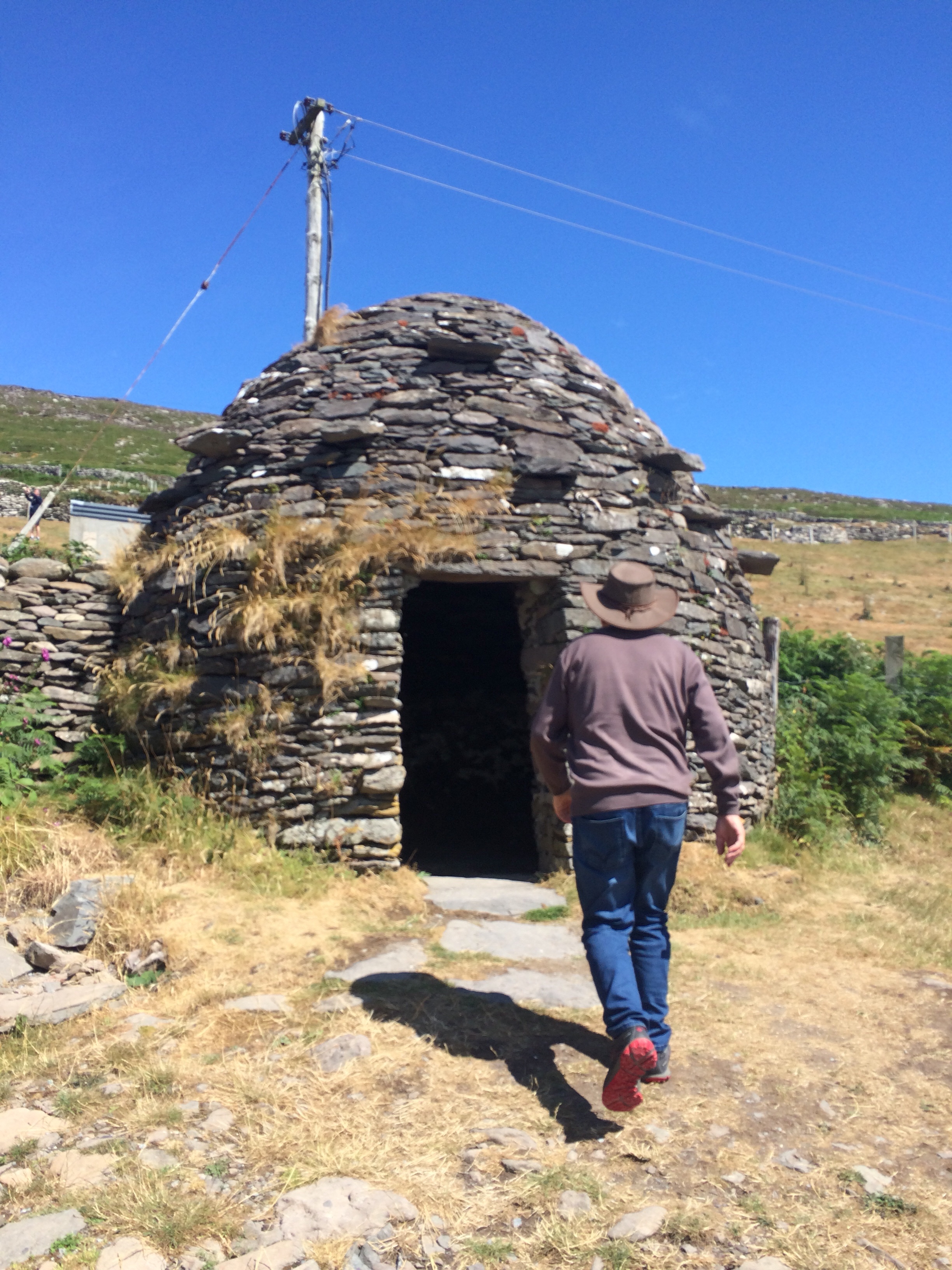 After the huts we drove along the coast toward the Blasket Islands. The coast line was just gorgeous. 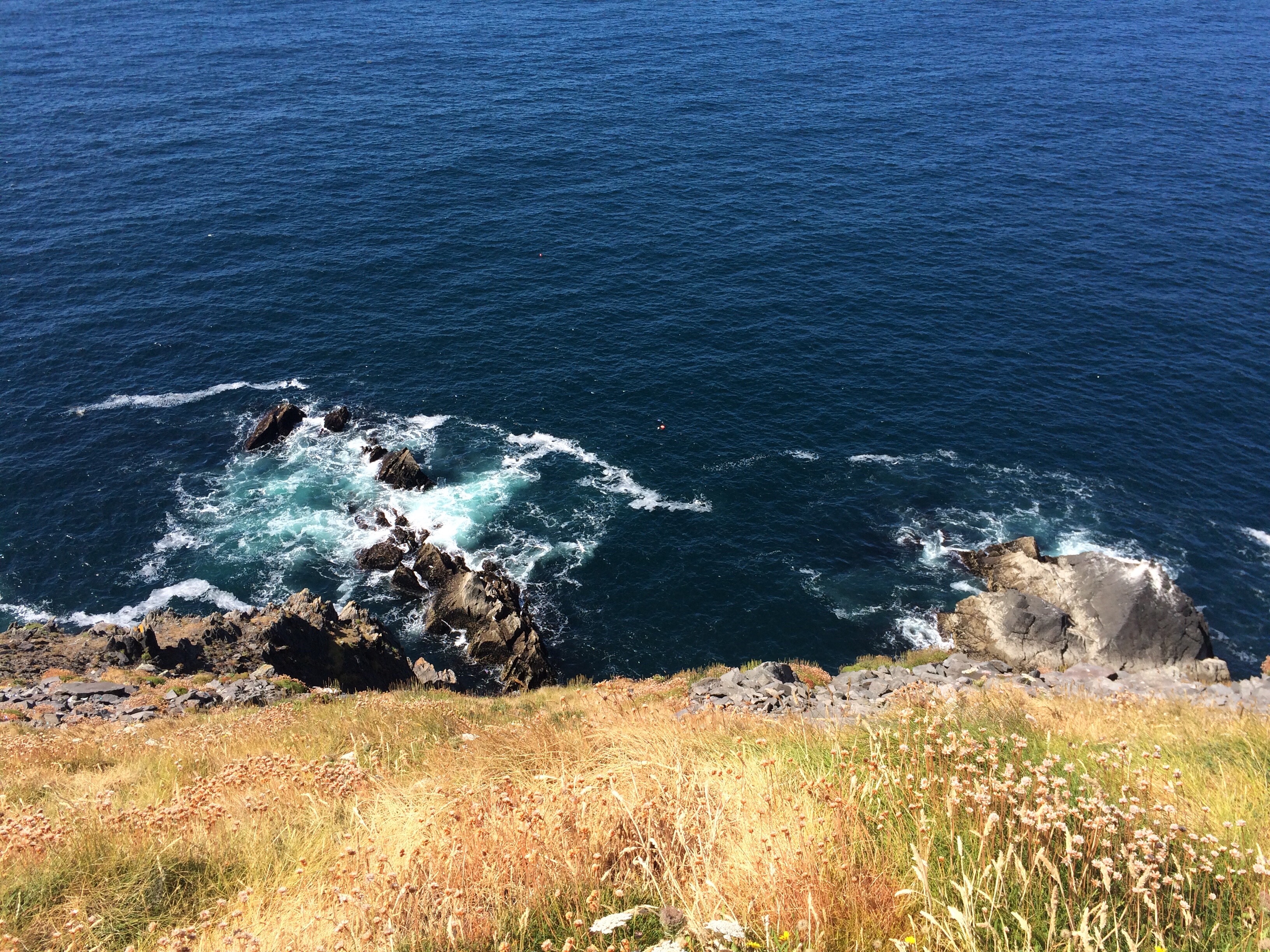 We made our way  past the Blaskets to Dunquin. Dunquin is the most westerly settlement in Ireland, the Blaskets are the most westerly bit of land in Ireland. The area is Gaelic speaking first, and English is learned as a second language. The view-point below is over looking a ridge to the far left where the Star Wars sets were built. And little did I know it at the time, the next day I would be hiking all through this area. 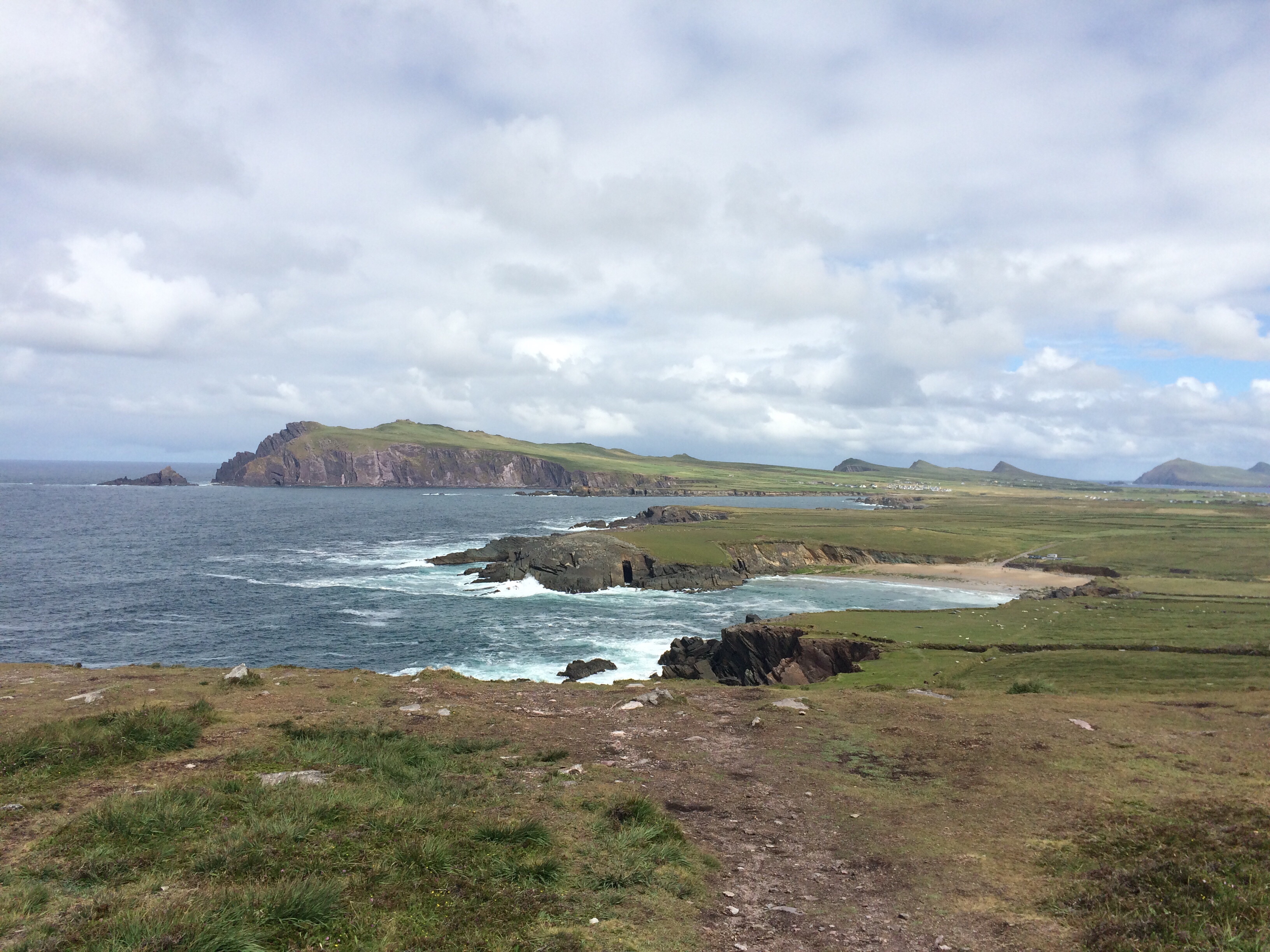 We learned that the majority of the archeological sites are actually on private land, rather than state-owned property. So most sites that you visit will require payment. This is normal and helps farmers pay for the upkeep of the area. So if you ever find yourself in the area and someone asks you for 3 Euro to see some ruins, chances are they aren’t there to fleece you. It is well worth the cost to see some of these amazing sites. 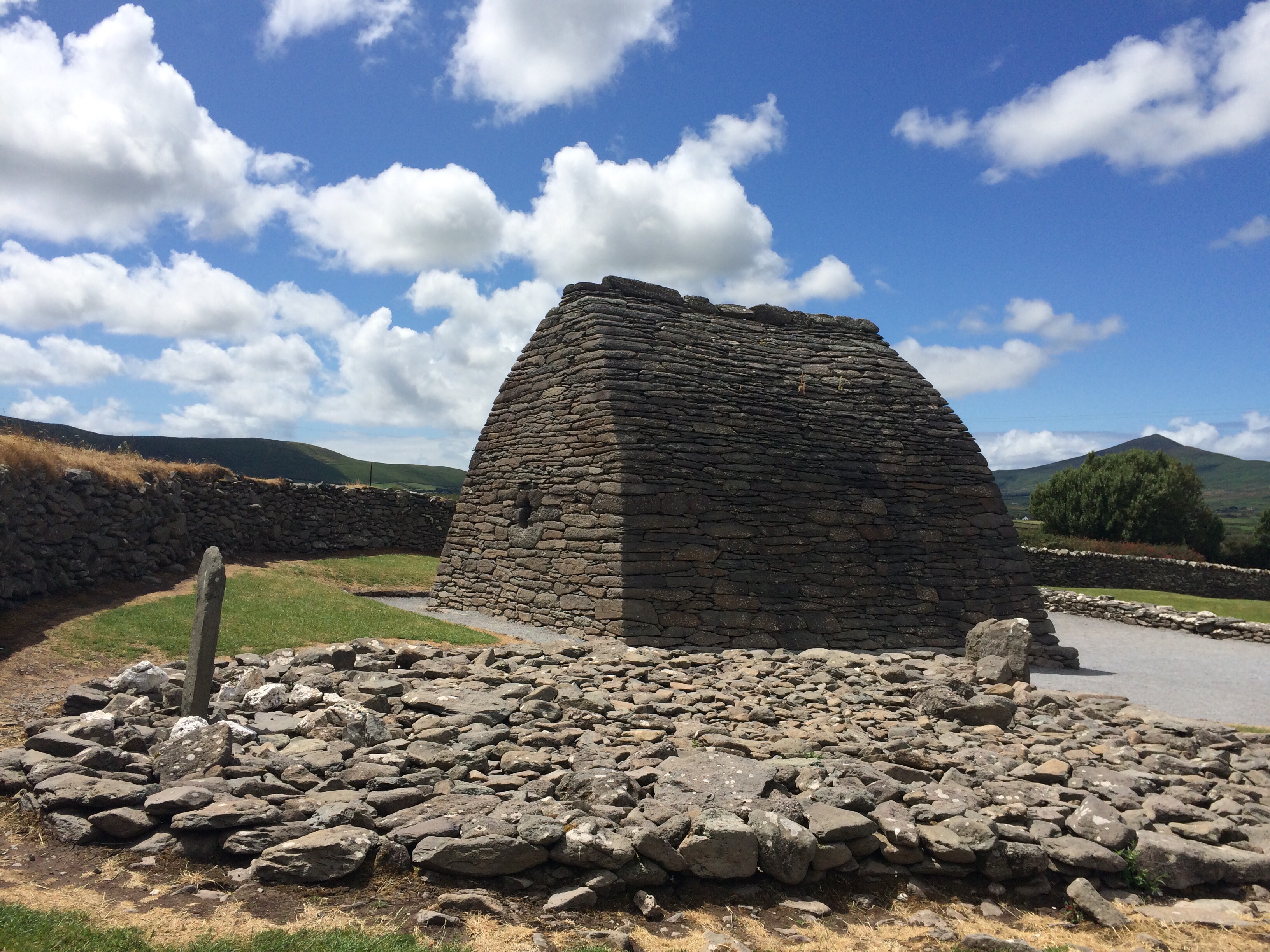 The last site we visited before returning to Dingle was the Gallarus Oratory. Little is known about the churches origins. It is thought to be dates to the 12th Century. It was discovered in 1756 by Charles Smith. The small church has a doorway and a small window facing west and east respectively. Over the window is a couple small outcroppings that are thought to have once held candles. Next to the church is a flat pile of rock and a headstone, archeologists found human remains here but again little is known about them.