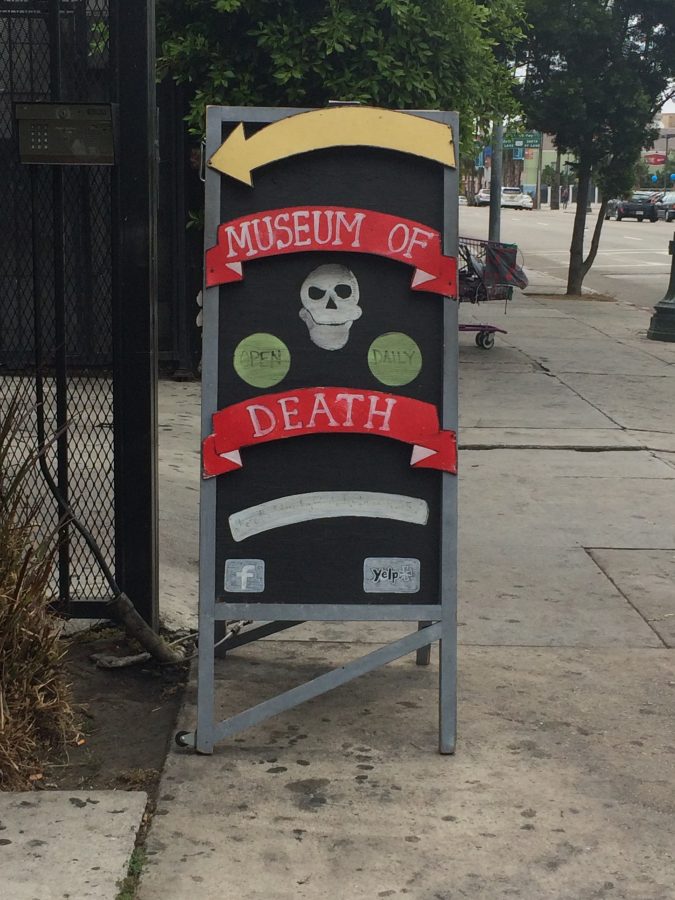 I am going to start out my Los Angeles series on a bit of a downer, well at least a downer if you aren’t at all interested in the macabre. Last year my husband had a work trip in Los Angeles so I tagged a long and we co-opted the week as a partial vacation. The first day we were there was one that he was working and I was on my own. But as you probably know Los Angeles is huge, I couldn’t figure out the bus system, and I don’t use hired cars unless I have to.
My ride (my husband) was going to be around Hollywood Blvd for the day, so I looked up interesting things to do, made my choices and off we went. I should preface my choice by saying I have been the LA a lot and seen just about everything there is to see there. So while I thoroughly enjoyed the Museum of Death and think it is one of the most notable and important things in the area, it is okay if that isn’t your cup of tea. There is plenty of other things to do there. I am just not going to write about them here, just yet at any rate. 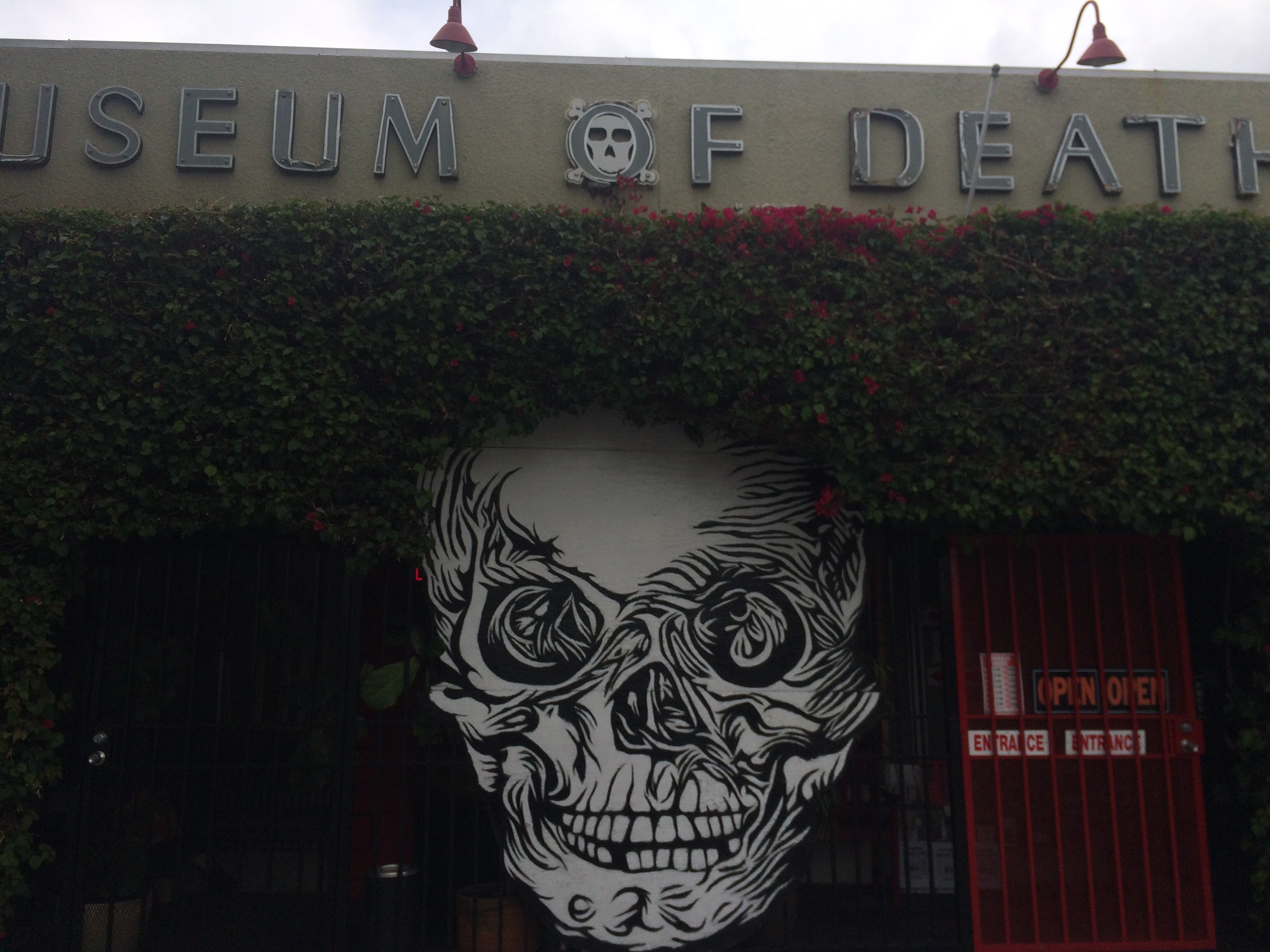 The Museum of Death in Los Angeles is one of two museums owned by JD Healy and Cathee Shultz. The second is located, appropriately in New Orleans.The mission of the founders was not to scared the be-jebus out of people, but to help people better explore and understand the mechanisms of death, the history of funerary practices, grief, taxidermy and all kinds of other random things that go along with death. It is educational, with a good intent behind it and if I am being quite honest, at times a little hard to swallow.
I love all things true crime and was really excited to explore their exhibits on the Manson Family, the Black Daliah and other  incidents of infamous murder. They also have a vast collection of art work done by serial killers during their incarceration. I loved all of this, but then there was a hall way of nothing but photos of gruesome car crashes and that was it for me. I quickly walked through the hall and moved on to other exhibits continuing to enjoy the remainder of the museum.
Museum Visiting Info: