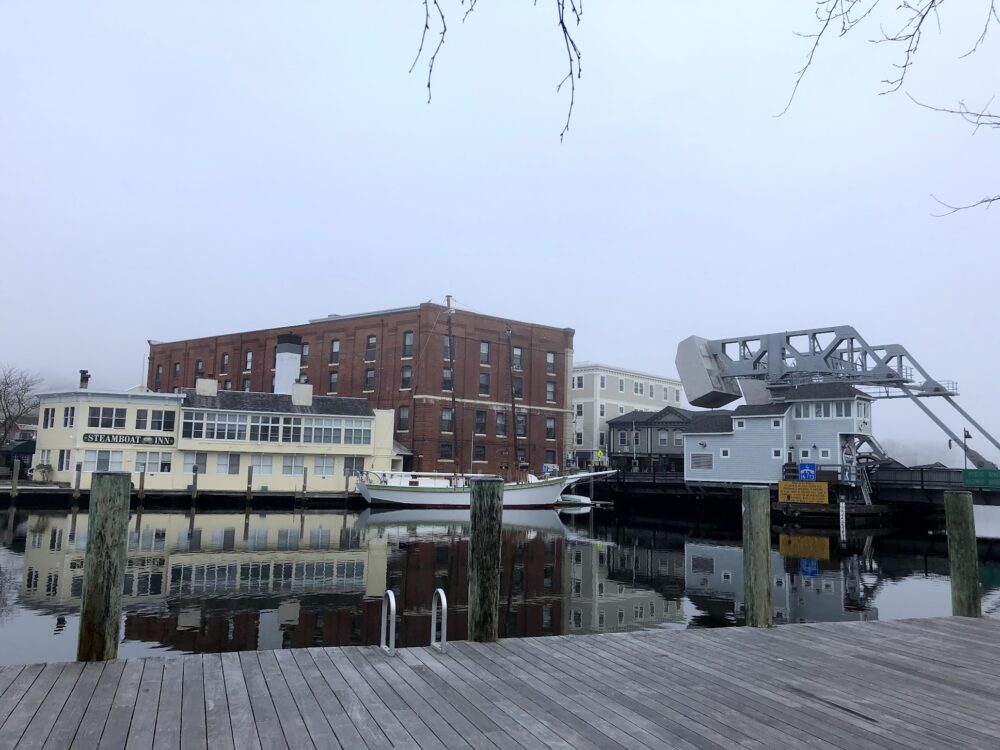 We had planned two nights in Mystic Connecticut but only one full day. I had been wanting to go to Mystic for ages because of my love of the 1980s Julia Roberts romcom ‘Mystic Pizza’ and my travel buddy wanted to go because of its history in wooden ship buildings. I honestly had a very difficult time booking a place to stay here. There were a lot of really beautiful inns to stay at if you were willing to pay several hundred dollars a night and a lot of hotels that cost about 40 dollars a night. But not much in the middle. I ended up choosing the Quality Inn as I have stayed at this chain of hotels before and while they aren’t fancy they are usually very clean. Usually. I don’t generally like to publish my bad travel experiences, so lets us say if you go to Mystic try to stay somewhere else. But despite being disappointed in my room I still had an excellent time. 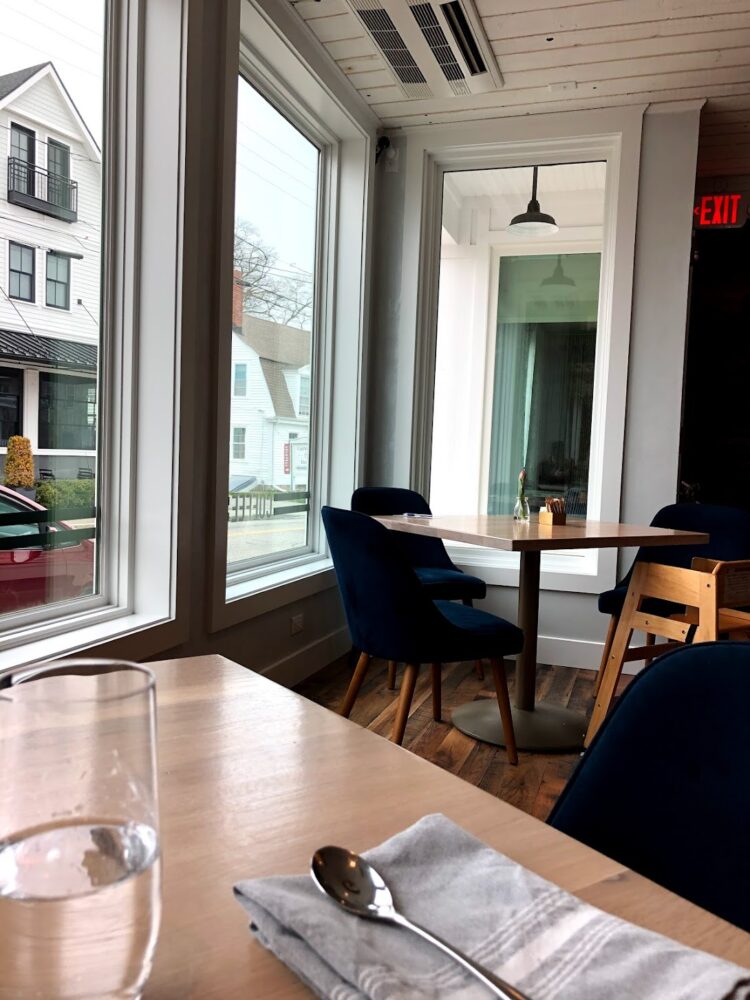 We got in late, so we decided to stay in the first night snacking on our left over tea goodies and played cards until bed. The next morning we drove the short distance into town and had breakfast at the Shipwrights Daughter. A very nice restaurant attached to one of the aforementioned expensive hotels. I had avocado toast and eggs as it was the only gluten free thing on the menu and drank way too much of their incredibly good coffee. After breakfast we began our wander about town.

We walked across the bridge into the main shopping area taking note of anything we wanted to see later on once things opened up a bit more. Then back across the Mystic River Bascule Bridge to our car and up to the Mystic Seaport Museum. Which is really more of a village than a simple museum. Not everything was open unfortunately this was still only about two weeks after businesses were opening up again after the pandemic. There were about 50 buildings that made up the museum as a whole plus several ships that you could tour including the Charles W Morgan the oldest surviving (non wreaked) 19th century wooden whaling ship built in New England. 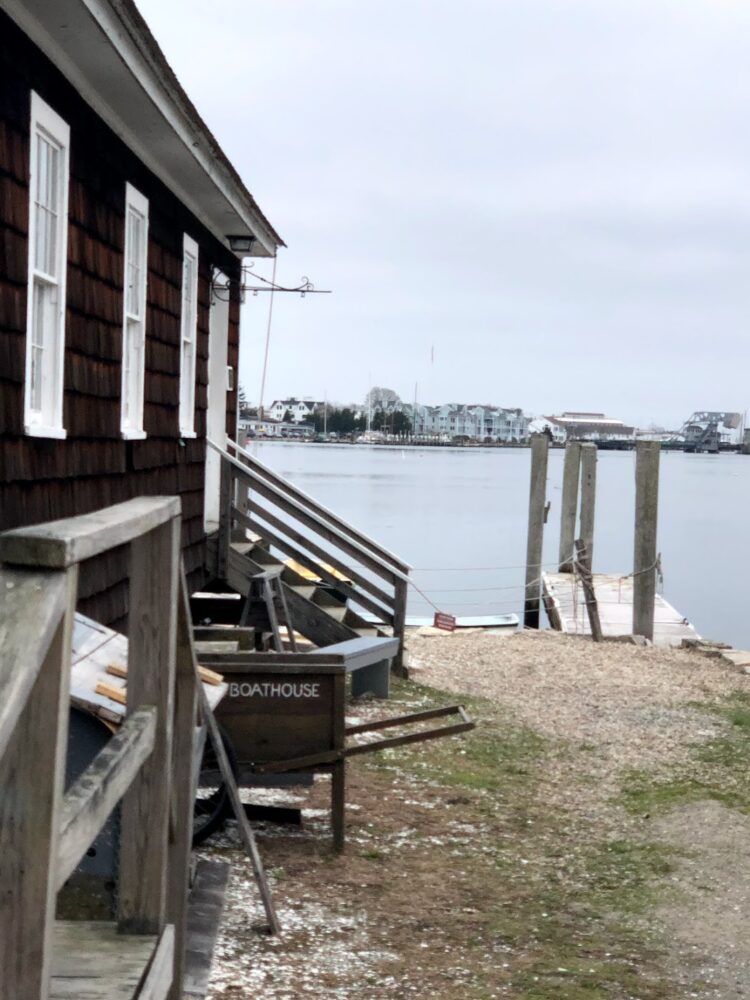 The buildings you could tour under normal times included various shops where different parts of a ship were build, shops, candle makers, wooden barrel makers, a chapel, school house and several storage rooms. Other than a group of photography students we were the only people there for most of our time. We spent a good couple hours there going into any open exhibit and boat that would have us. As well as probably an hour scouring the boat themed bookshop attached to the ticketing building. Even if commercial boating isn’t your thing I would highly recommend the outing if you ever find yourself in the area. 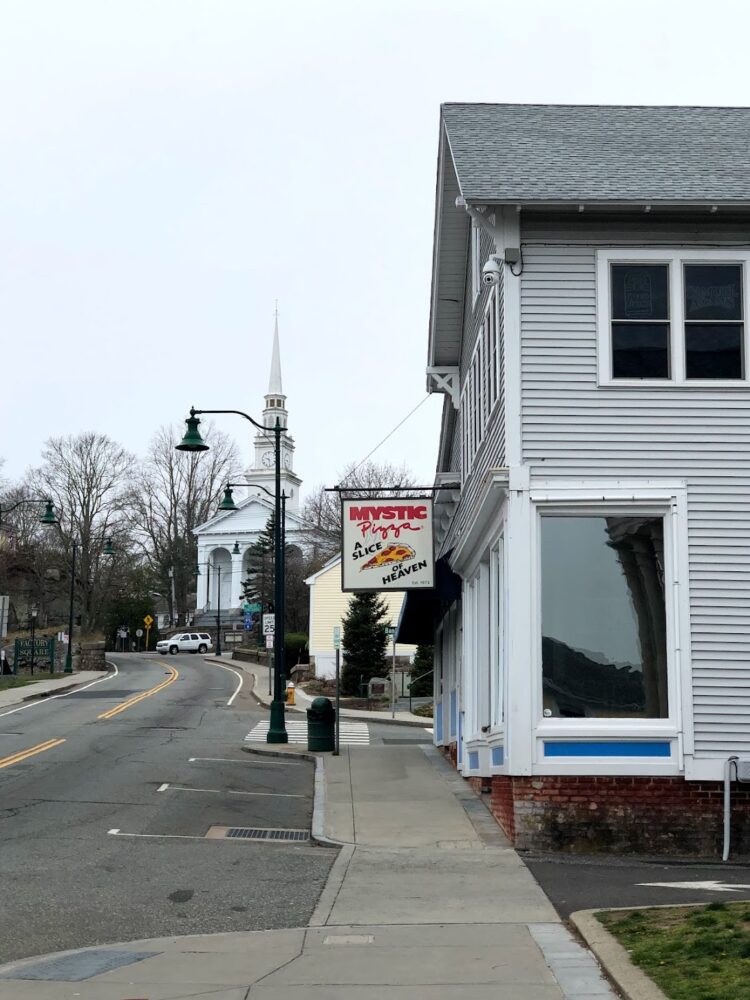 After the museum we were very hungry so I convinced my travel buddy to have lunch at Mystic Pizza. They had gluten free options which we fully took advantage of. It was a bit of a gloomy cold day compared to the day before so we were happy to be tucked away in a warm corner to eat all of our pizza (and I do mean all of it) while looking at all the movie memorabilia on the wall. After lunch we hit yet another bookshop and then decided to wander around a local cemetery until dinner. By the time dinner hit the weather was completely miserable and all we could think about was finding somewhere warm that served soup.

I found the Captain Daniel Packer Inne right about the time we were about to give up and get hamburgers instead. The inn was built and run by Daniel Packer in 1756 and served as a inn until part of the building burned and a young girl died (according to our waiter). Between then and the 90s the building was mostly used as a family home, a haunted family home (again according to our waiter) until it was bought and restored as a restaurant. We ate upstairs next to two delightfully large fireplaces which were lit right after I took the picture to ward off the very chilly night. The dining space was very small but cozy and wonderful. The downstairs was more of a traditional British pub with stone walls, low ceilings and a blazing fire.  We had French Onion Soup and baked brussel sprouts which we are still constantly talking about a year later. It was delicious. After stuffing ourselves to the brim with the cozy atmosphere and dinner we went back to our rooms and got an early night sleep. The next morning we had a lot of driving to do and we wanted to get a head start. I loved just about everything about Mystic Connecticut and cannot wait to go back someday, but maybe later the spring when its a bit warmer. 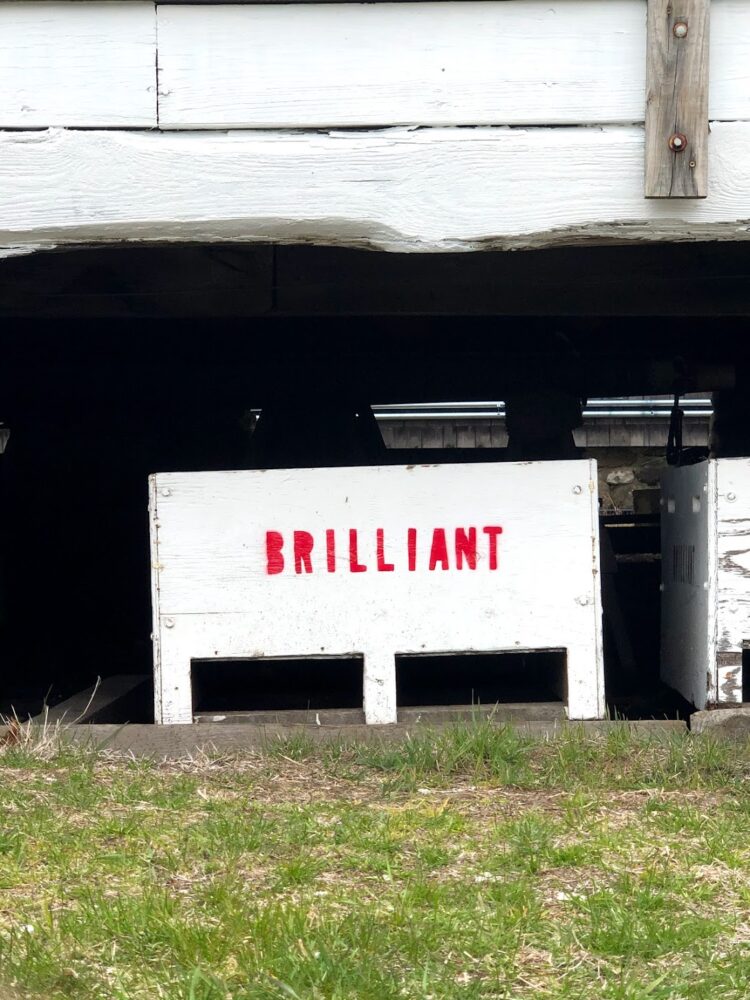