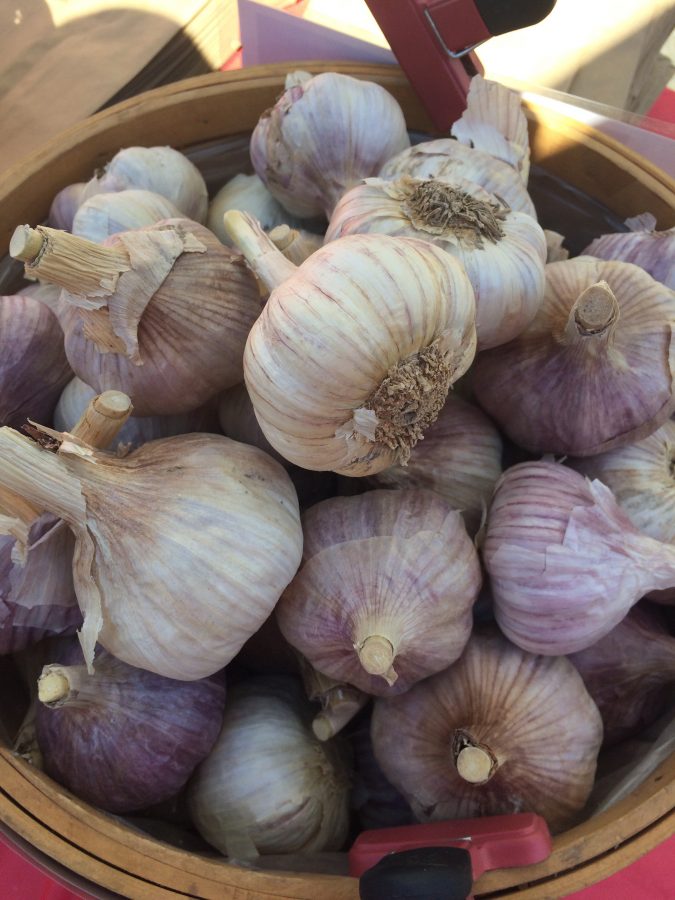 Many many moons ago when I was a wee girl, my mom took me to a neighboring town so we could enjoy a garlic festival. I don’t remeber much about it. But as we were generally always working in Alaska during the festival months the idea was deliciously normal and I loved every second walking through the rows and rows of vendors selling garlic themed everything. The best was, the garlic ice cream.
I have been dreaming of that rich vanilla cream with swirls of fudge punctuated by savory roasted garlic for the better part of 20 years. So when I was driving down the highway and saw a sign of the North Plains Elephant Garlic Festival I knew it was finally time to revisit that long lost treat. 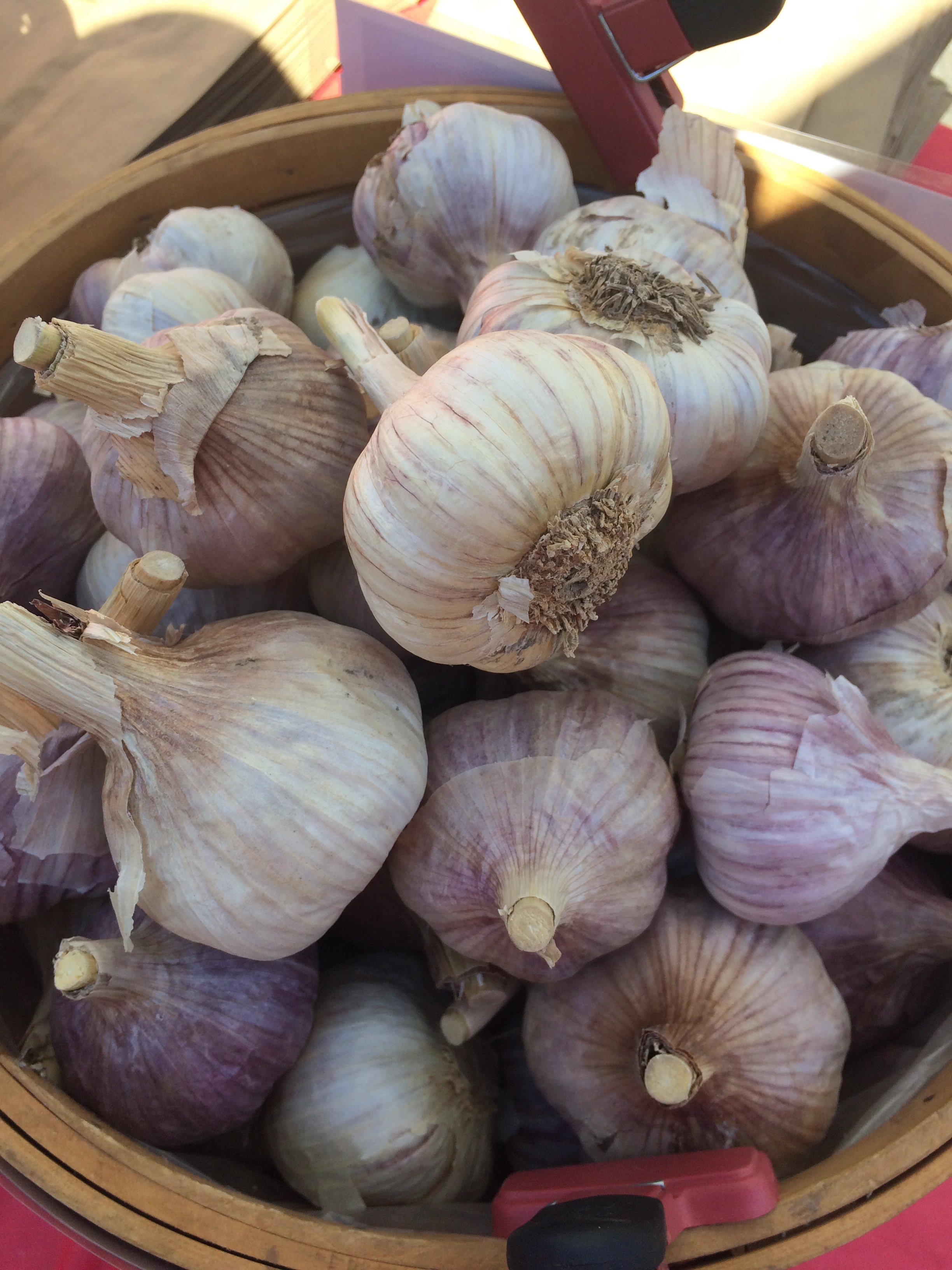 I recruited a friend who is equally excitable when it comes to random small town festivals and off we went to North Plains Oregon, population 1,947.
The festival was free to get into, though parking was 5 dollars unless you were willing to walk several blocks. Which normally would not be an issue but it happened to be the hottest day of the year. I still chose to walk the 9 blocks, I am willfully stubborn from time to time. I also realized I only have 5dollars cash on me at the time and I had plans for those dollars. Ice cream plans.
The festival was suprisingly large, I honestly think the entire town was there. There was a main stage with live music, a hearty amount of food booths, garlic themed wears and a good amount of craft booths. There was even a clibling wall and a few bounce houses for kids. Which were not surprisingly empty. The heat and the plastic would have likely resulted in 3rd degree burns. 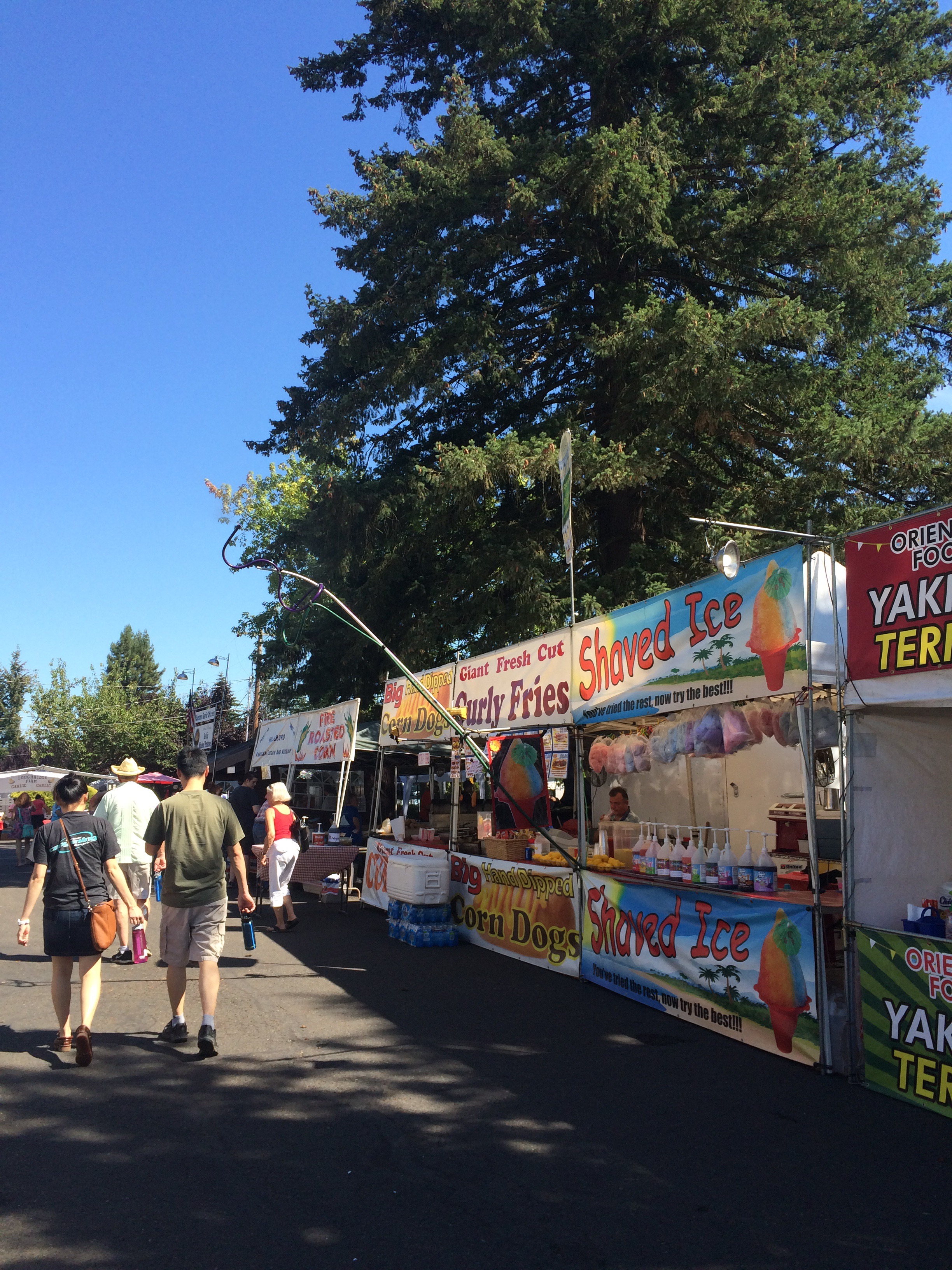 **Food Walk! The rest of the booths were at the back**

I got there a bit before my friend so I wandered over to the historical society booth and got to talking to the folks that run it. Turns out the women I was talking with was a cousin of my great grandmothers. When she found out I was part Native American she told me when my great grandmother was a child she carved am Indian head in the oak tree outside their farm house. She was always afraid her dad would wip her for carving the tree but he never did. She said it must have just been that good of a carving. The cousin went back years ago looking for it and couldn’t find it. She thought maybe my great grandmother was just yanking her chain. I don’t know what to think given I never met her myself.

**These folks did some mean Fleetwood Mack covers, cannot recall the name of the bad though**

After my pose showed up we visited some booths ate some fair food and of course had the icecream. I convinced my friend to try it, which she did with q scrunched nose. And then declared “that’s amazing!”. It’s not just me. This stuff is amazing. 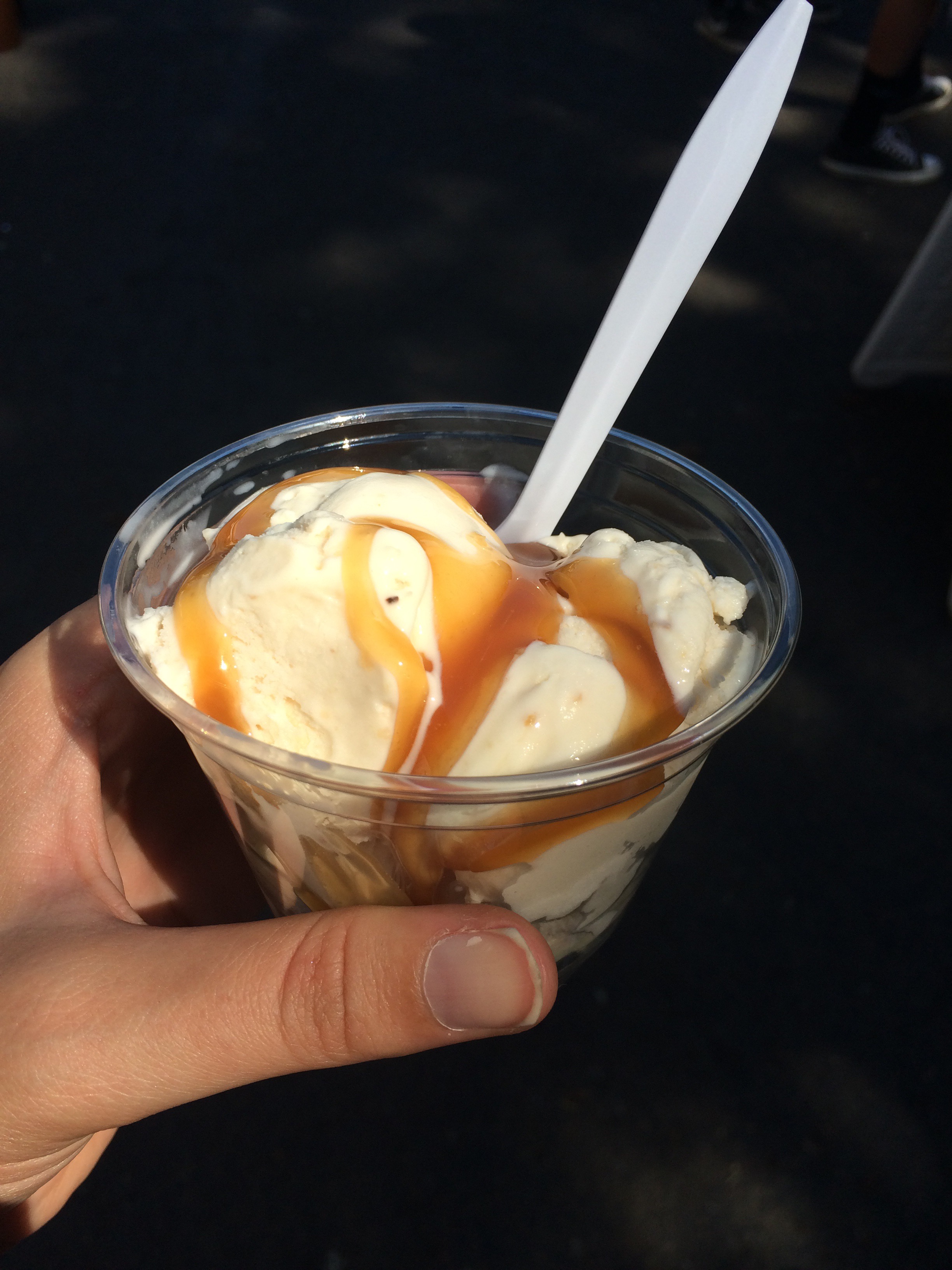 The festival occurs on the second weekend of August each year in North Plains Oregon. If you want a nice dash of quirky small town charm I highly suggest giving it a visit.
Questions:
What is your favorite small town festival you have ever been to?