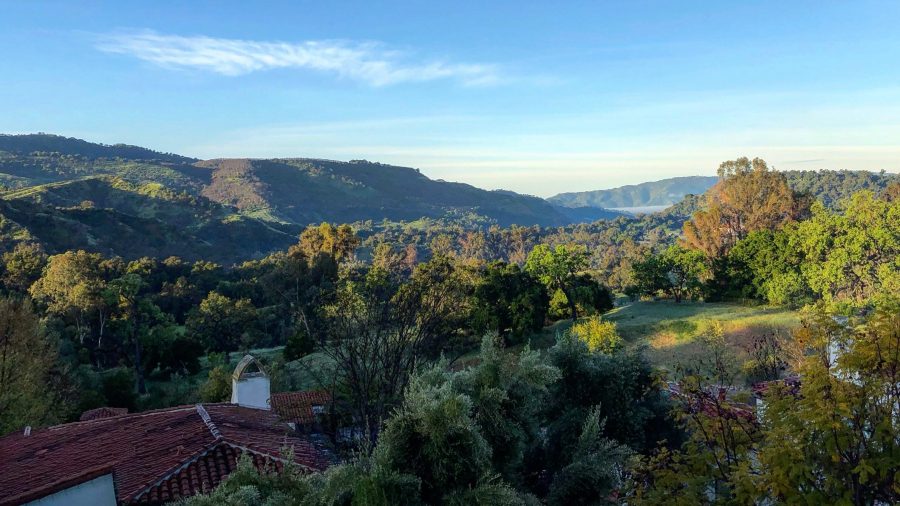 I don’t get a lot of chances to stay in truly luxurious places. Based on my interests and the type of travel I like to do (more discovery oriented) I don’t prefer to spend all my money on a nice place to stay. Not that they aren’t wonderful, but when I travel I would rather go and do than sit and relax. But if you are a sit and relaxer, if luxury and never leaving the resort you are staying at is the type of travel you yearn for then the Ojai Valley Inn is the place for you. 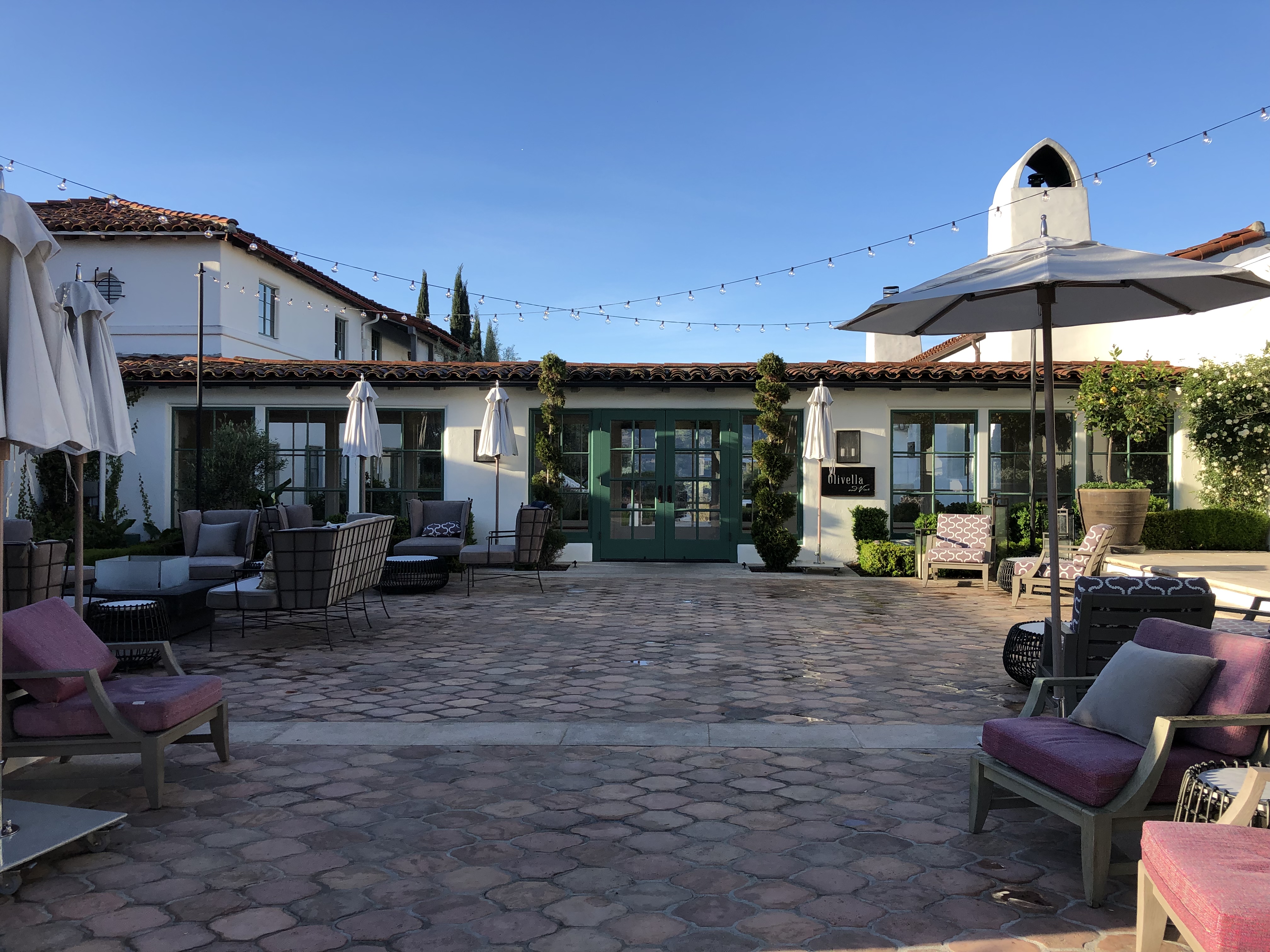 The Ojai Valley Inn sits in the western side of the Ojai Valley in Ventura County California. A short drive south from Santa Barbara and a slightly longer drive north from Los Angeles.

The valley was originally populated by the Chumash Indians but in 1837 the land was granted to a cattle rancher through a Mexican land grant. Later in 1874 the land was developed into a town called Nordhoff by a wealthy business man of the same name. The town became a popular destination for individuals seeking mild weather for a variety of medical conditions and eventually became a popular place for wealthy mid-westerns to  winter over. 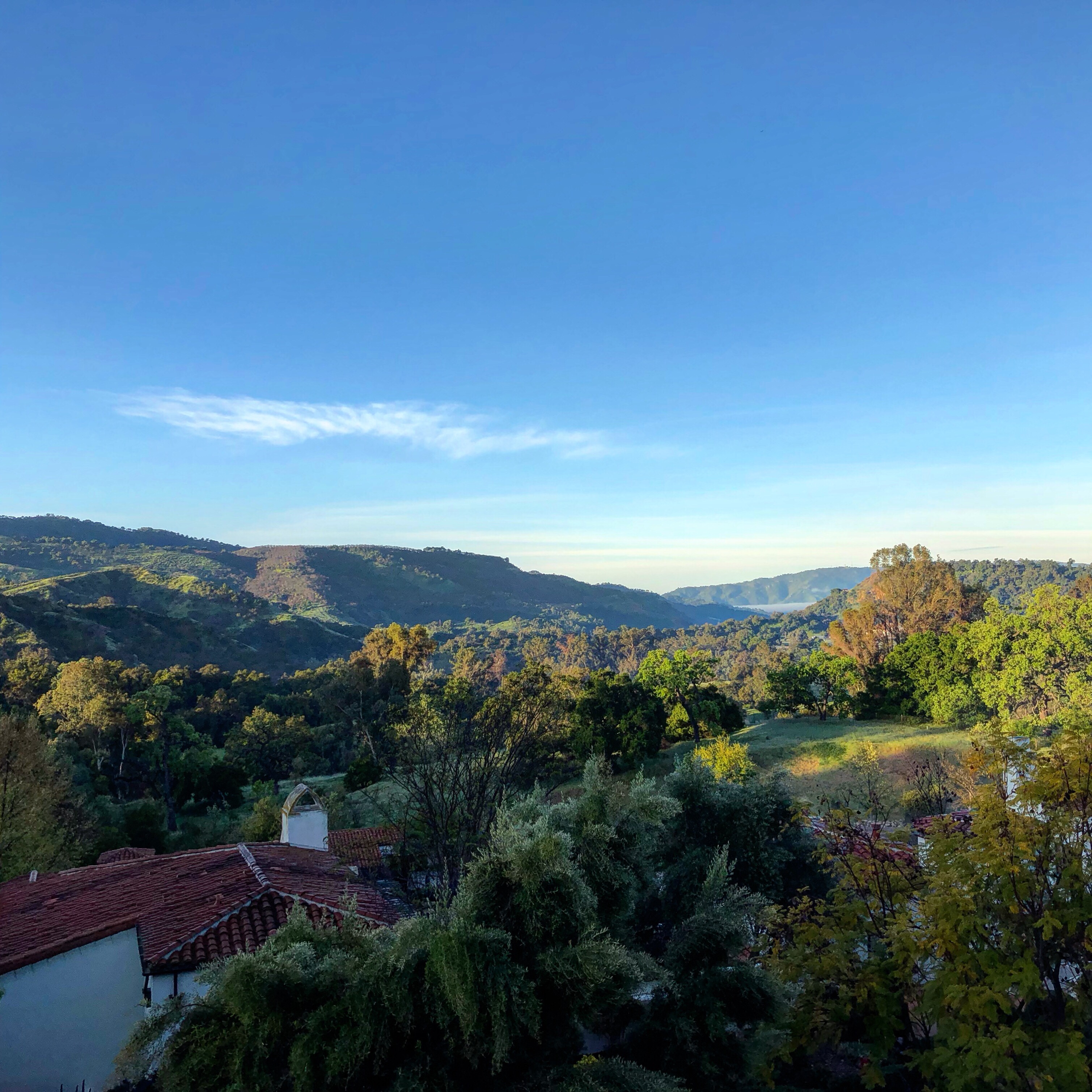 One such mid-westerner was Edward Drummond Libbey a wealthy glass merchant who bought up much of the rustic town and developed it as well as the country club that would later become the Ojai Valley Inn. In 1917 the renovations were complete and the town was renamed Ojai. Today it is a quiet town filled with artistic types and a common tourist destination for the rich and famous, boasting music and artists markets nearly every weekend as well as excellent hiking.

The hotel was built in 1923 at the expense of Libbey. It like most of the town is built in the Spanish Colonial style. The architecture remains the same today but over the years it transformed from country club, to filming site (Frank Capra’s Lost Horizon) as well as a military training center for first the US Army and then the US Navy. In 1947 it turned back to private hands and was restored to a hotel and golf course. However it was fully renovated in 2004 to the beauty it is today. 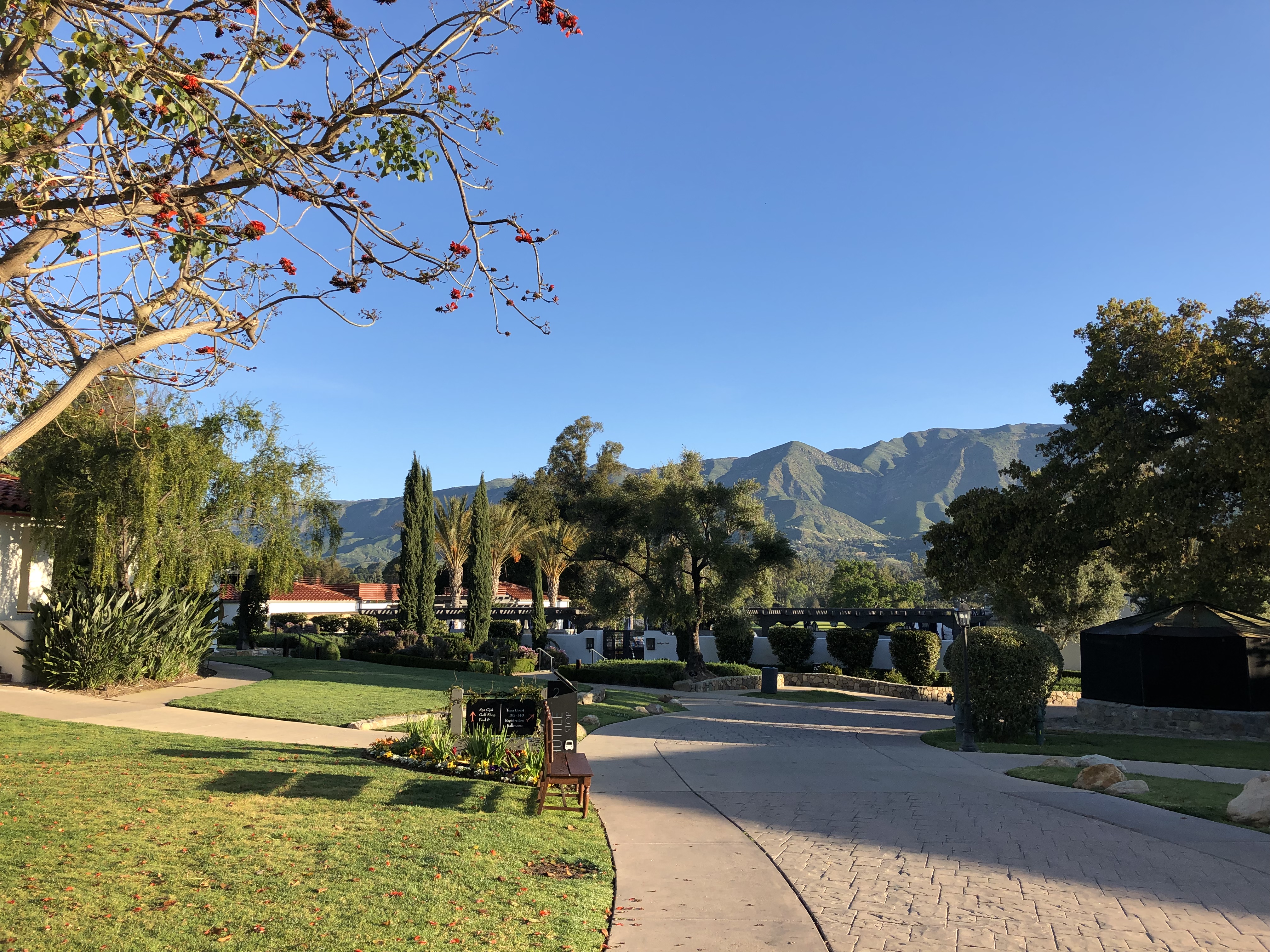 There is a lot to see and do in Ojai, but I will cover that in other posts as we visit the area quite often. But the resort itself has quite a bit to keep one occupied if you had no interest in exploring the little town of Ojai itself.

The resort is huge, you are delivered to your room via chaffered golf cart and the resort provides bikes to anyone who wishes to use them as it can take quite a while to walk from one end to the other, especially if you choose to walk the loop around the golf course.

The rooms them selves are huge and very luxurious, bathrobes, espresso machines, ipads, bathtubs big enough to swim in and balconies overlooking the mountains. I didn’t really want to leave the room, but we were in the area for a reason and had more important things to do than lay around (this is why I don’t stay in really nice hotels I get lazy). 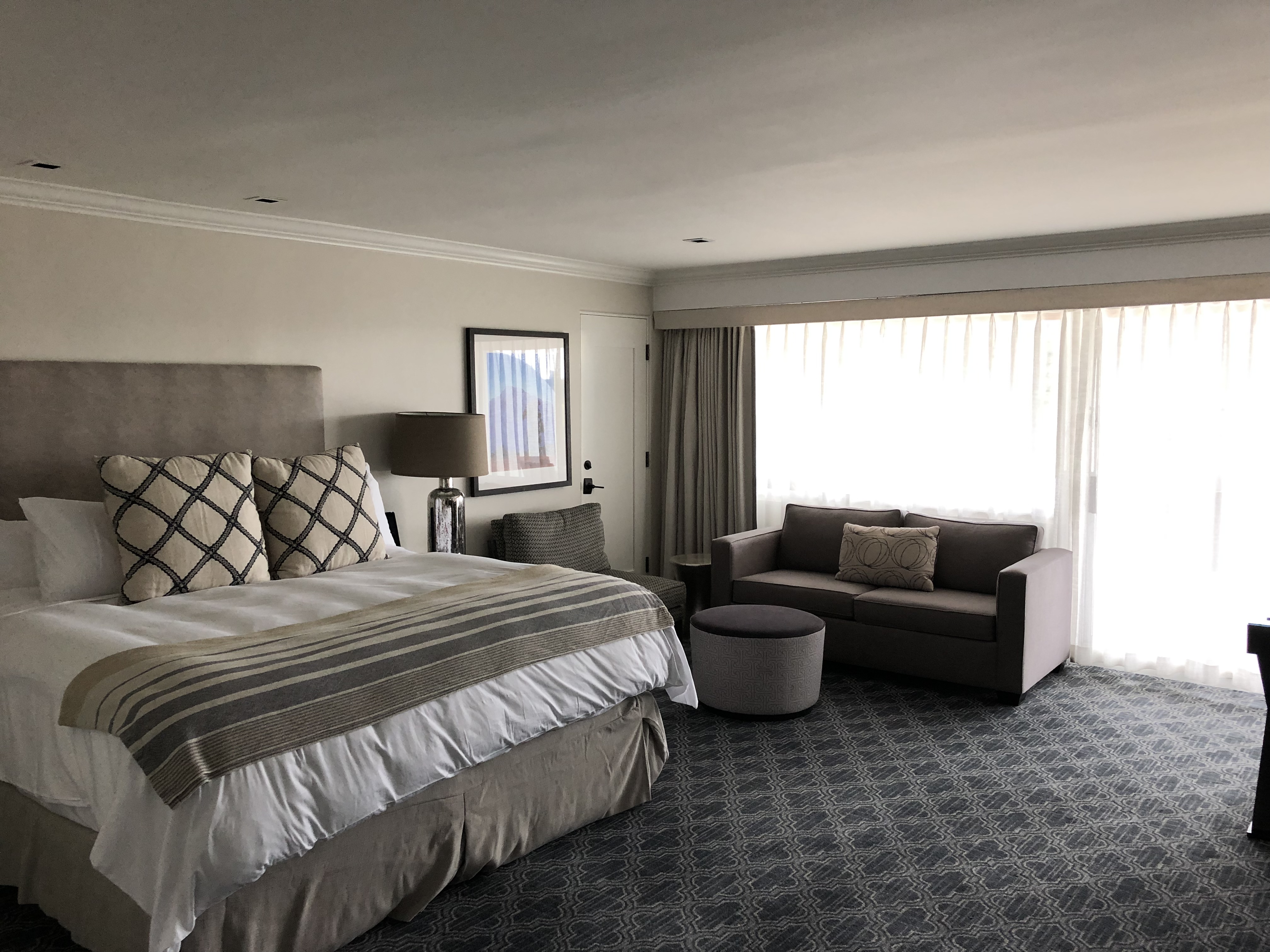 The rooms are all situated in a variety of building spread across the expansive campus which also hosts five restaurants, ten event spaces, tennis, golf, the nicest workout building I have ever seen and a pool. As well as extensive actives for people off all ages from the artists cottage that hosts classes, to beekeeping demonstrations, horseback riding, culinary classes, wellness and nutrition classes, an outdoor camp for kids, the list goes on. 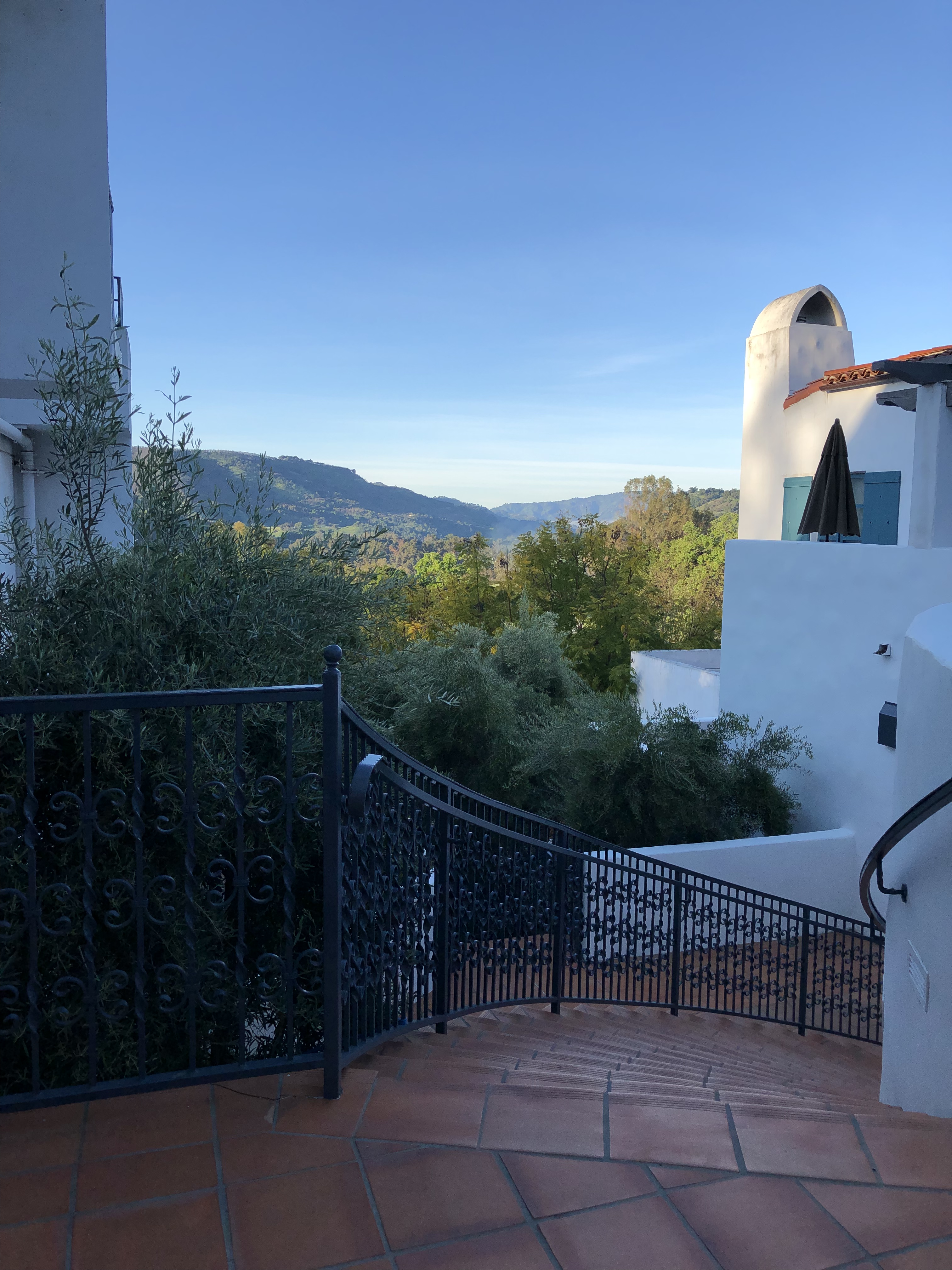 If you were to visit the Ojai Valley Inn you would really never have need to leave it given the extensive list of ongoing and ever changing events. The weather in the area is nearly perfect year round, the setting is beautiful and the people that work there are constantly striving to make everyone’s stay as wonderful as possible. We thoroughly enjoyed our time there and I am so happy we had a chance to experience it.