Confession time: I don’t really love summer. It is my least favorite season. And truth be told, I don’t really love concerts either. As such a person could probably presume that a concert in the summer might be very low on my list of things to do. But I am a complicated person, as we all are, and the Oregon Zoo Summer Concert Series are one of the few events each summer I look forward to.
The Oregon Zoo has been hosting a summer concert series for 37 years now. I have only had the pleasure of attending the last four. 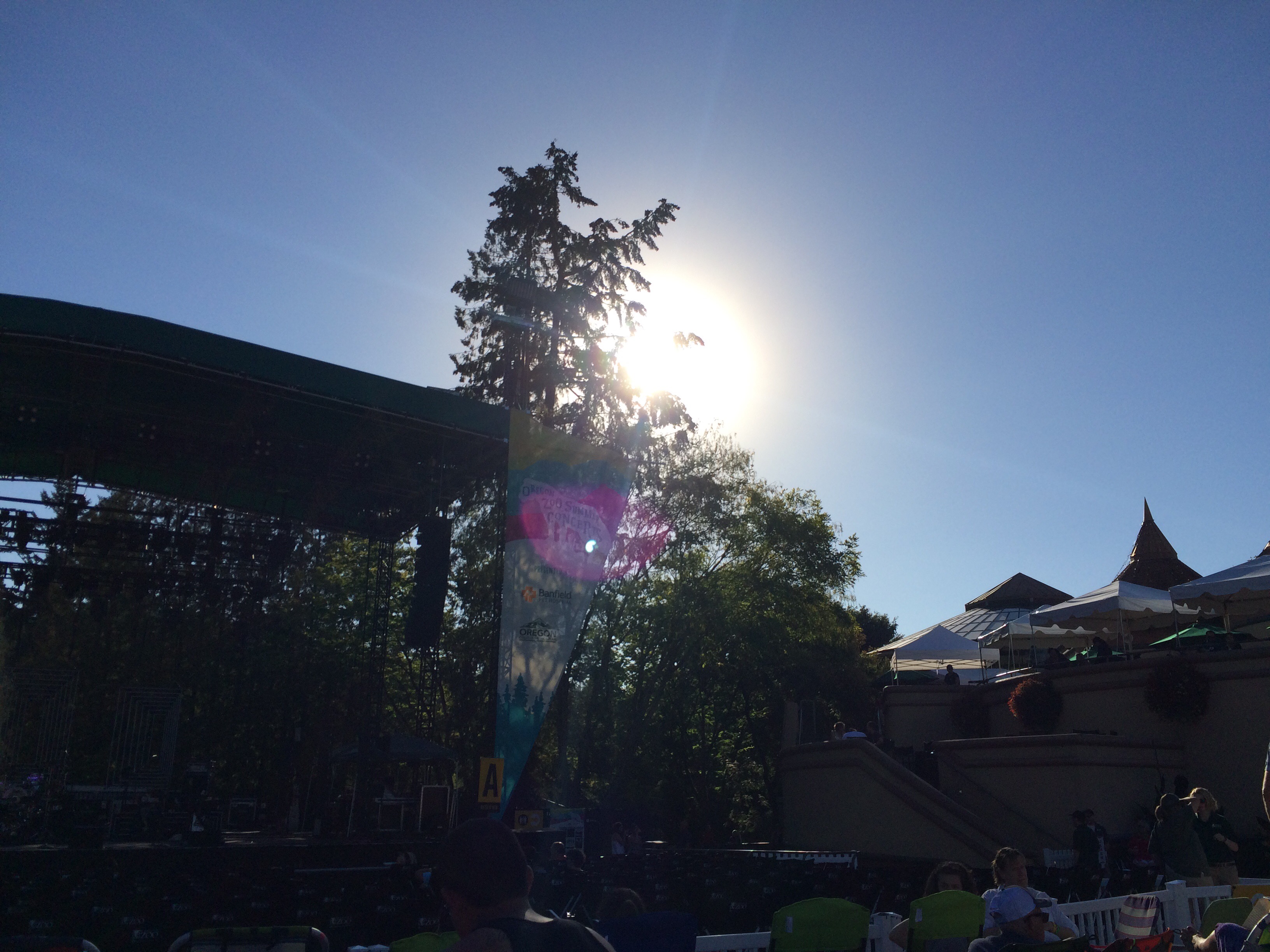 **Patiently watching the sun go away so it would cool down**

There are many reasons why I love these concerts, but I think one of the top reasons is simply the atmosphere. It is a family friendly venue. As such, much like Disneyland, everyone seems to be on their best behavior. People are relaxed, kind, gracious. No one is throwing things, or yelling or bumping into you. 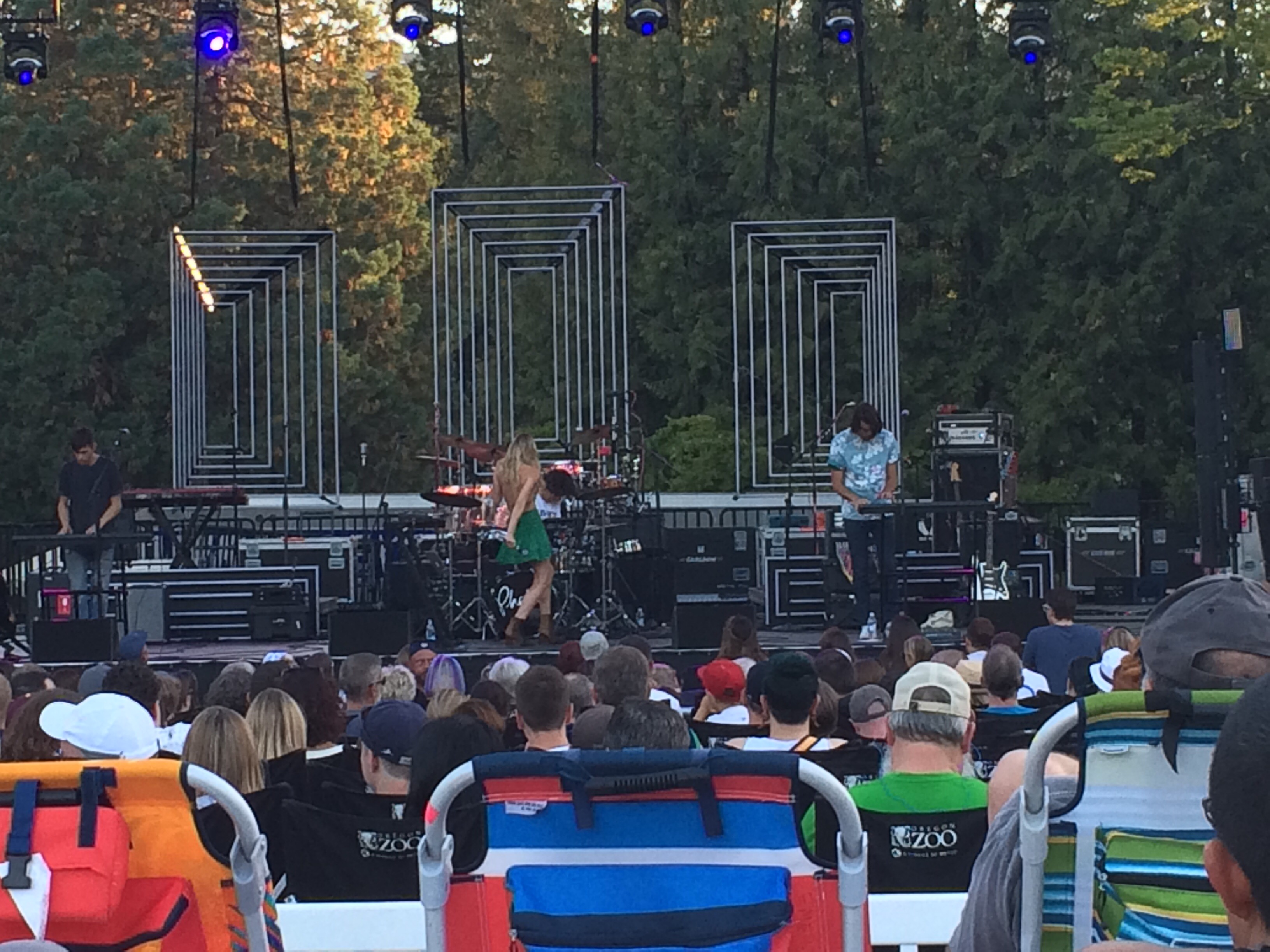 How does it work you ask? First you can check out the upcoming concerts on the Oregon Zoo website. The concerts usually aren’t announced until late spring each year so if you aren’t seeing anything just keep checking.
You can park at the zoo but the roads up to are actually quite difficult to come and go on. Narrow, single lane exit nightmare. Plus if it is a nice day, as a concert goer you will be fighting zoo patrons for parking. My suggestion is to find a park and ride for the MAX (public transportation) and ride to the Washington Park Zoo stop. Easy. 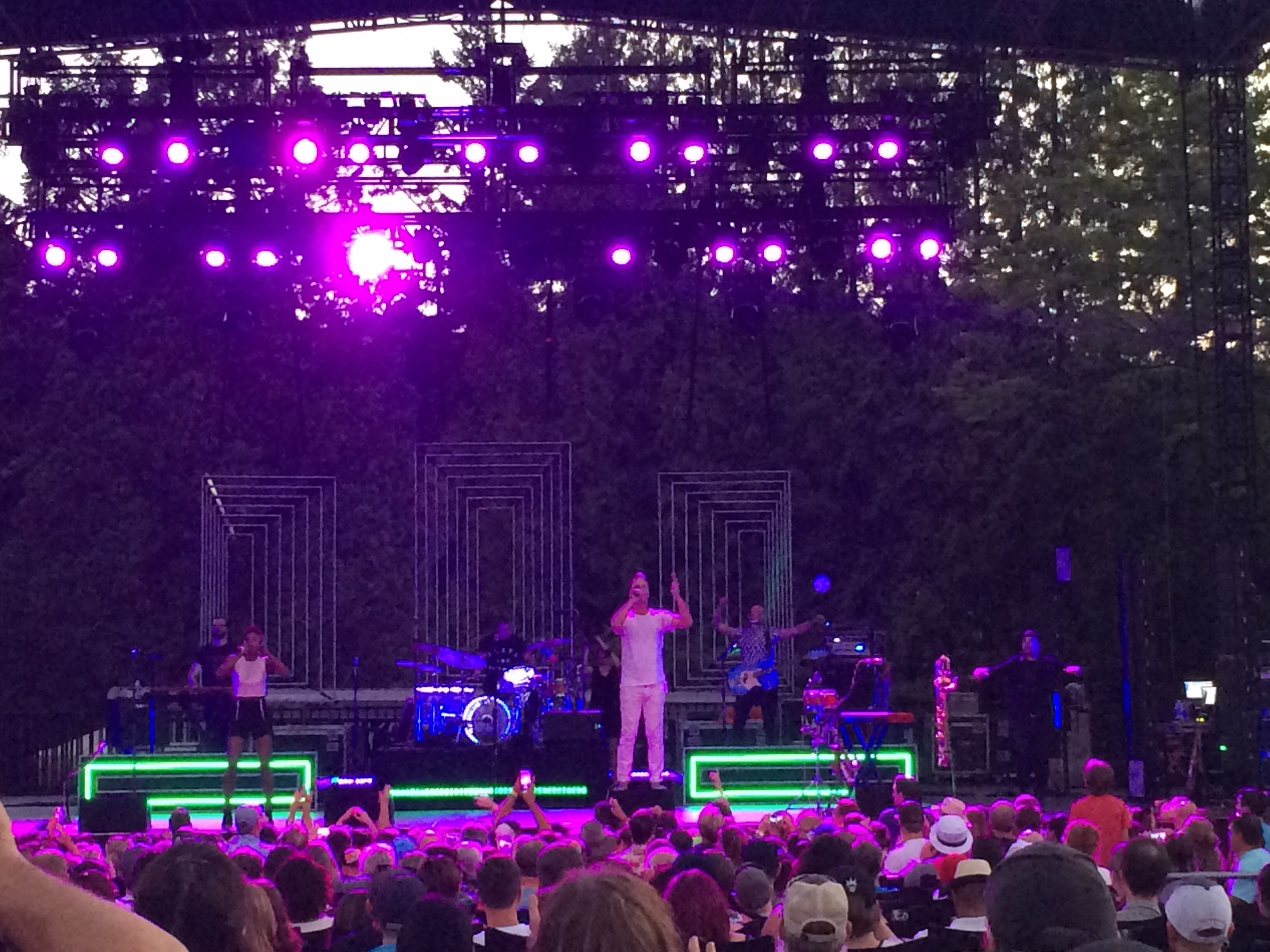 **Fitz and the Tantrums**

Your concert ticket includes a zoo ticket. You are allowed to bring in an empty non glass water bottle,  low beach chairs are allowed, or you can just sit on blankets in the grass. Make sure to bring cash or card for food and drinks. 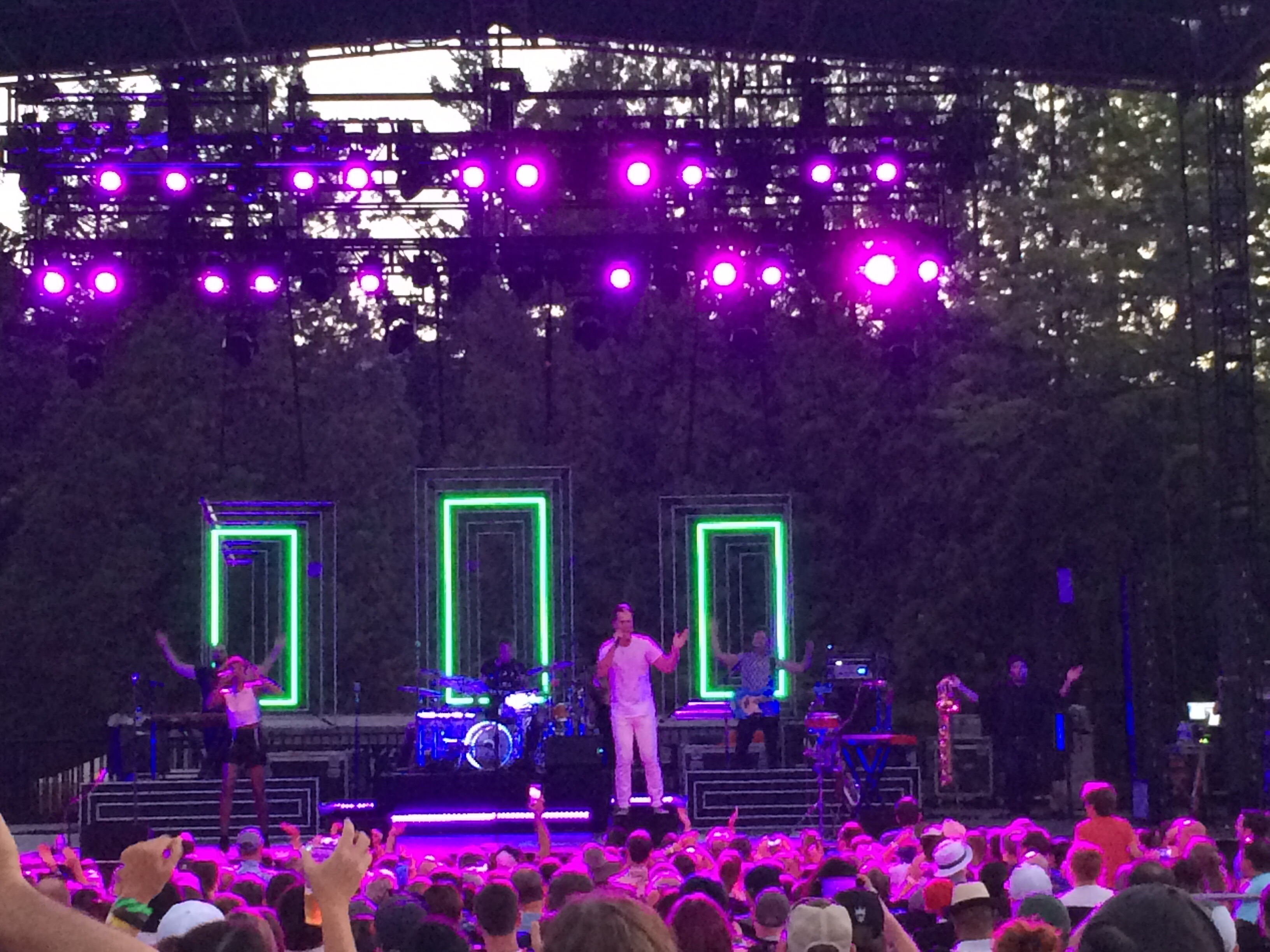 You are allowed to enter the zoo early, set up your spot “in line” once you are inside the zoo and then wander around the zoo or sit and chat while you wait. Once the doors open, you are shuffled into the concert area, where you can set up your space for the night and then continue to wander around. There is always several food carts available for food as well as drink carts for beer and wine. 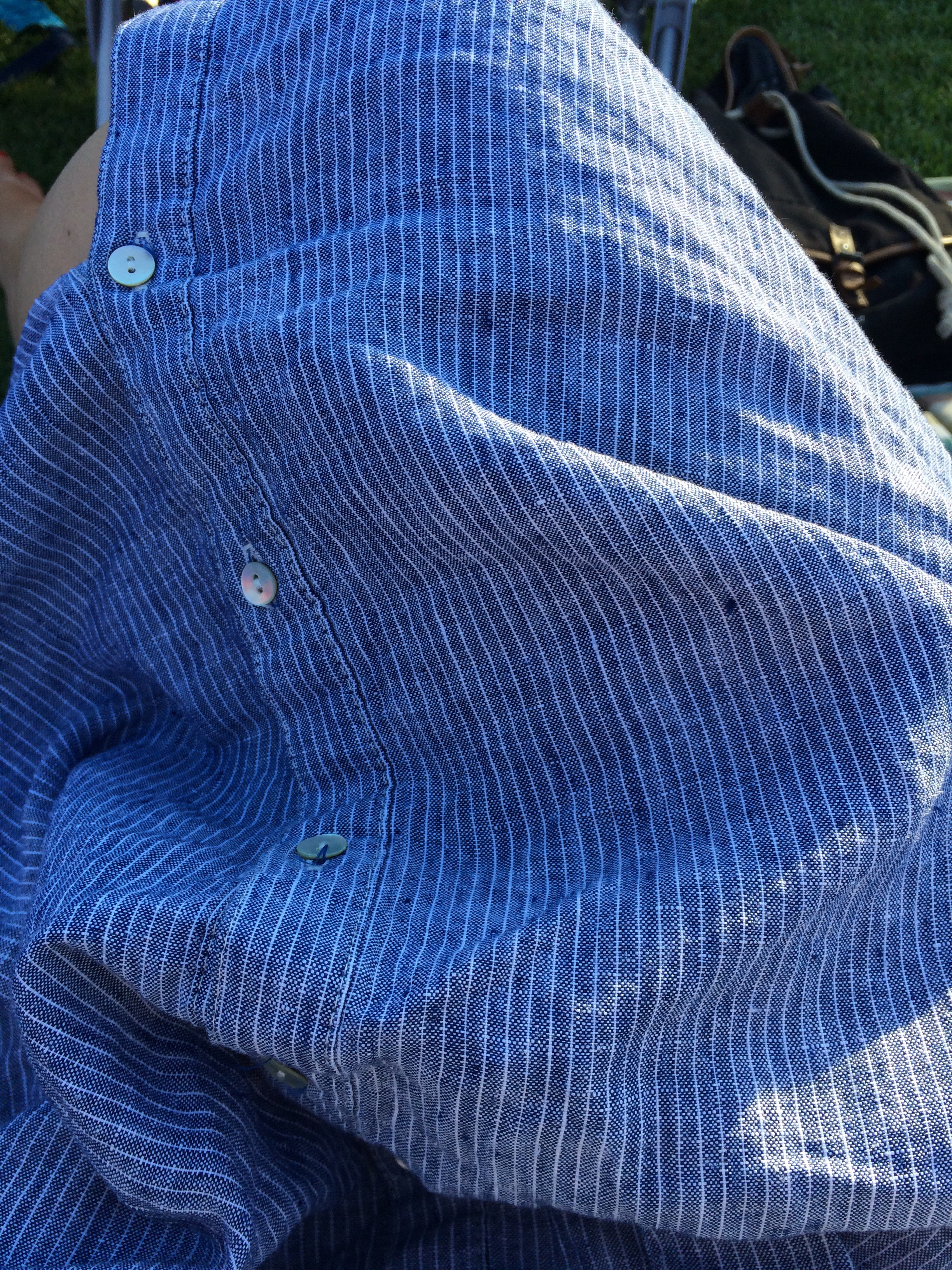 **Linen is best when the weather is dumb**

This last years show that I attended was by far the best, not only because the food cart choices were fantastic but the band I went to see played a phenomenal show. It was hot, like 102 hot. So I spent the evening sitting in the grass in my linen dress, drinking all the water and eating ice cream. The air eventually cooled and all in all it is a wonderful night.
Questions:
Have you ever been to a concert at the Oregon Zoo? If not what is your favorite local outdoor concert venue?