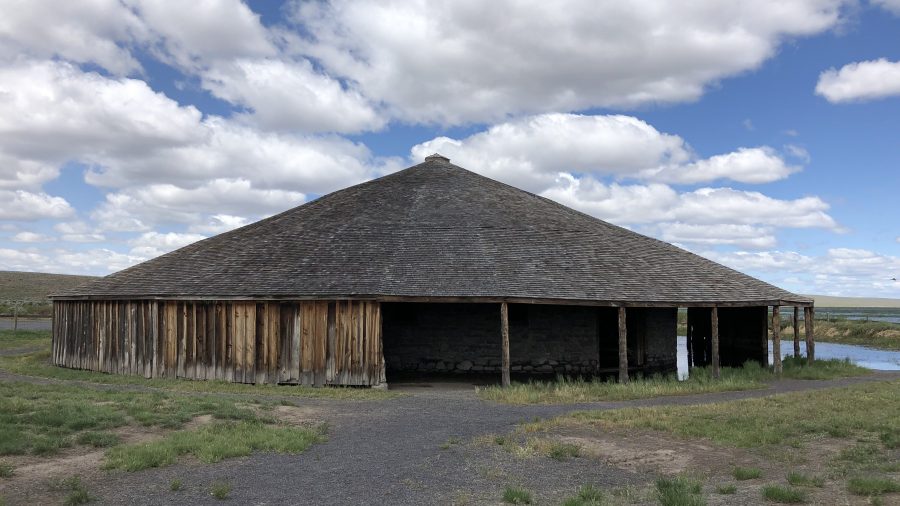 The Peter French Round Barn is really fascinating, both the man, the history of the area and the surrounding scenery is enough to take someone’s breath away. The area has a lot more water than most other parts of Eastern Oregon and as such provides a vast sanctuary for migratory birds. The barn sits on the edge of one such lake (sadly for us the lake was still flooded into the barn) and provides a great stop if you are road tripping or an even better destination. 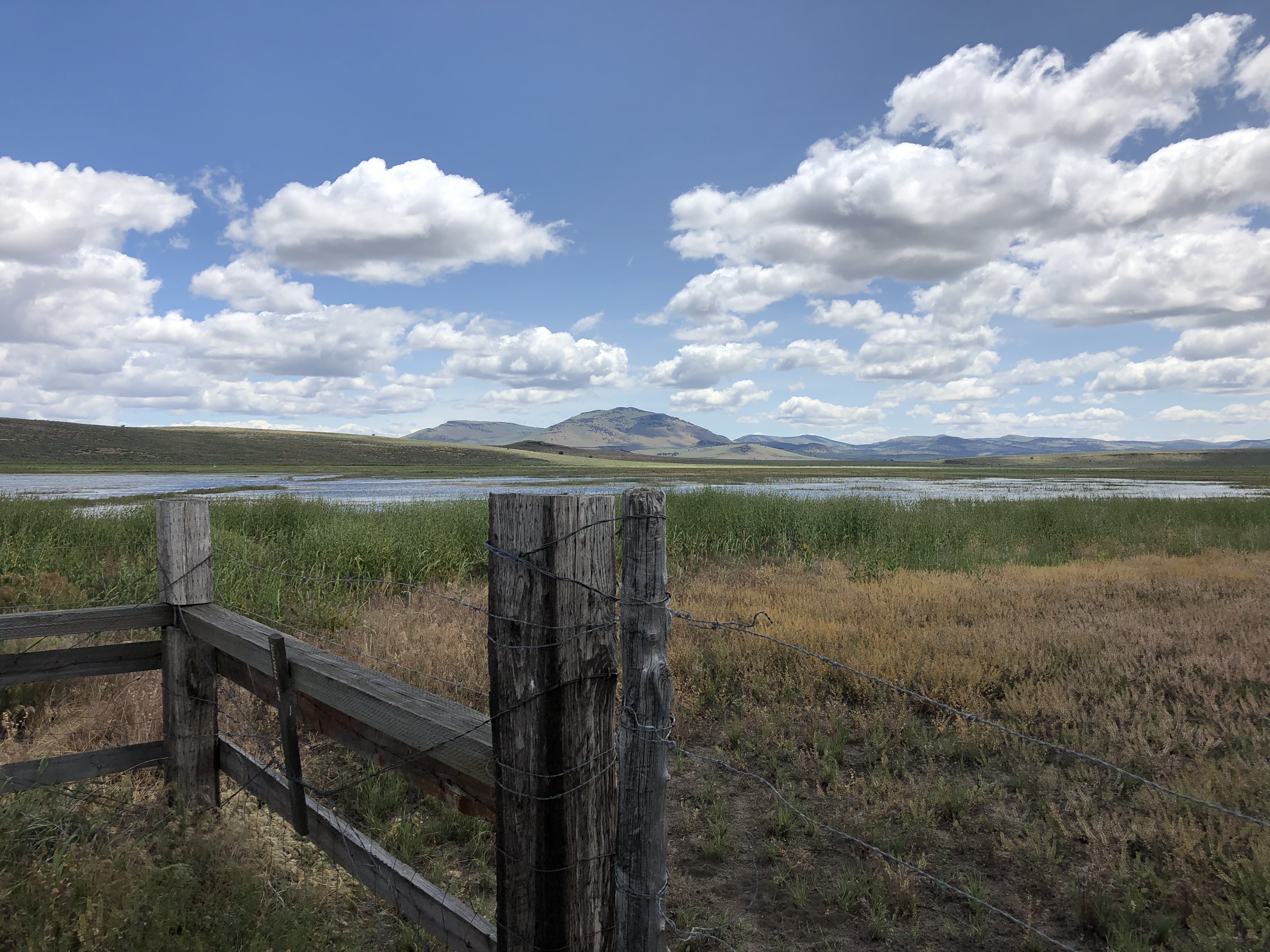 Peter French seems to be a bit of a notorious figure in Harney and Malheur counties. Born in Missouri but raised in California in the mid 1800s. He was raised in a sheep ranching family, as an adult he moved south toward Mexico and got hired by a wealthy stock-man as a horse breaker. 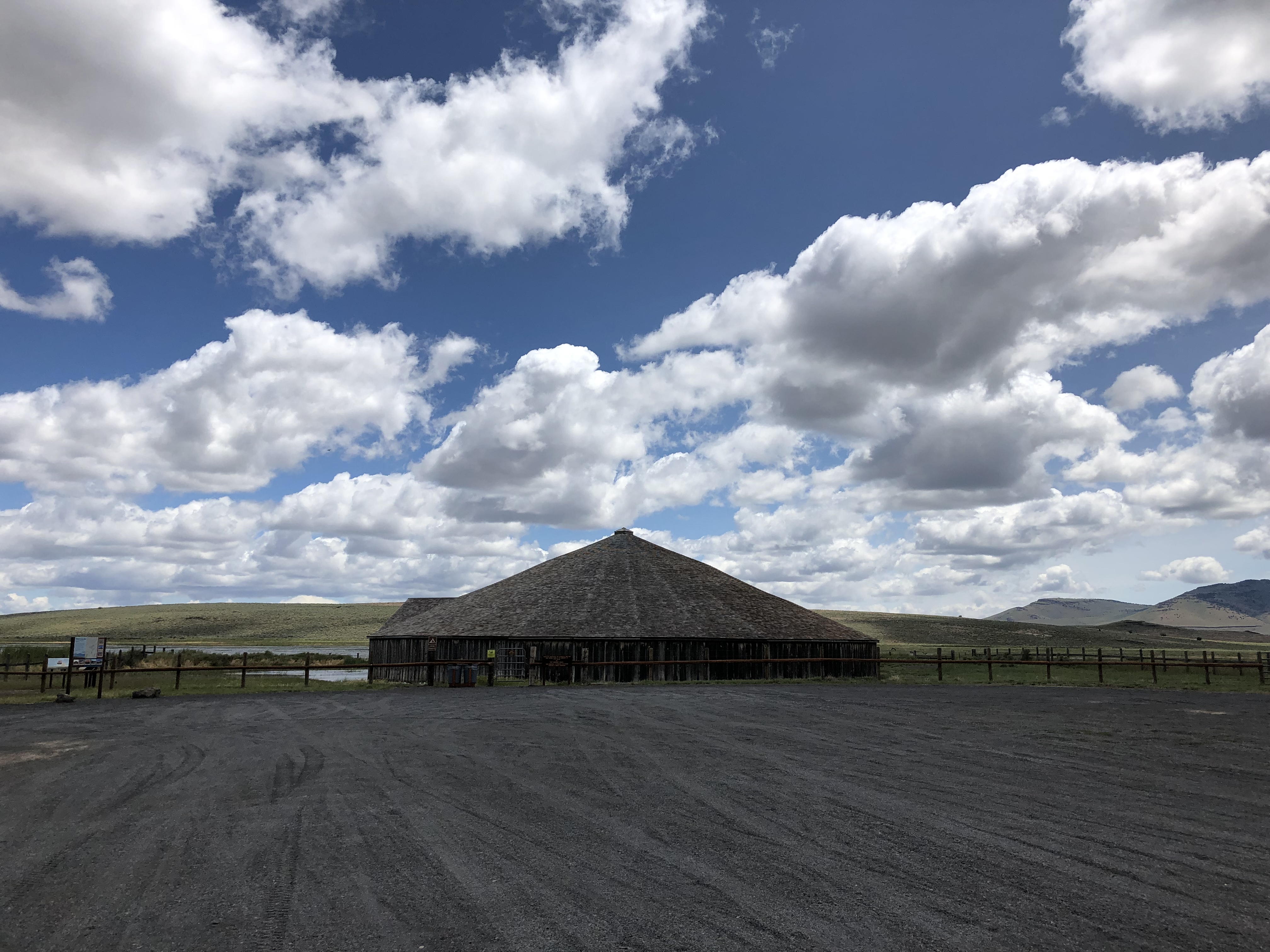 His business dealings continued with this Hugh James Glen which ulitmatly took him to prospecting land in southern Oregon to expand their enterprises. He established P Ranch around 1872 in what is now Malheur and Harney County. Through a series of underhanded business deals he managed to exploit Swamp and Overflow Act by flooding areas of land that he wanted to buy for cheap and then draining it once he owned the land. Allowing him to expand his cattle and horse business in the area to ultimately own  (I believe) around 70,000 acres of land in south eastern Oregon where his company ranched 45,000 cattle at any given point during the duration of his holdings. 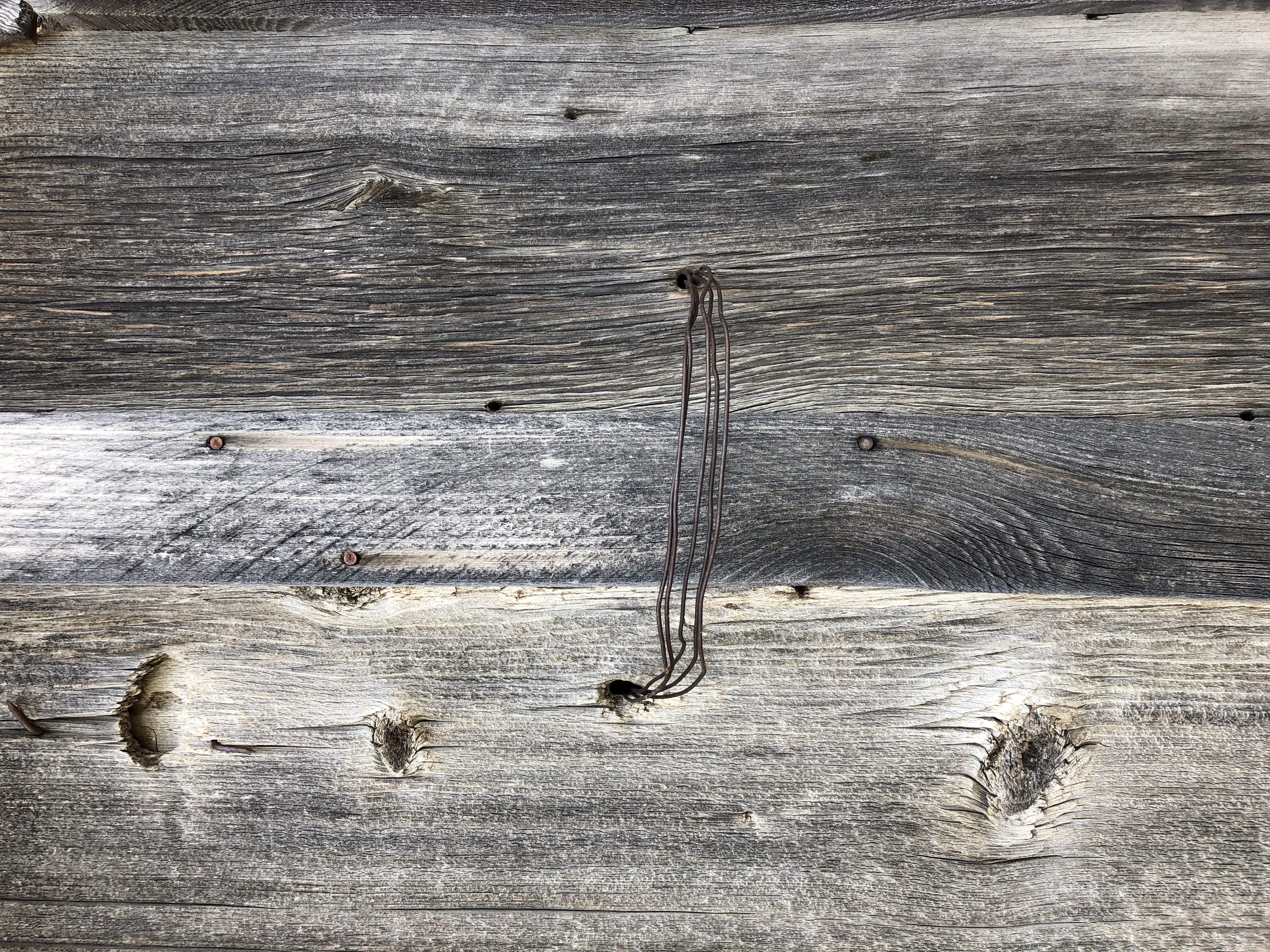 Not surprisingly his business practices didn’t earn him a lot of friends in the community (not to mention it seems he wasn’t the nicest of men personally), he was shot in the head by Ed Oliver December 26, 1897.

History of the Round Barn

Rounds barns are not an uncommon as I had thought going into the visit, they were very popular for a while in North America first made famous by George Washington himself, and continued to be relatively popular in Illinois until around the 1920s. 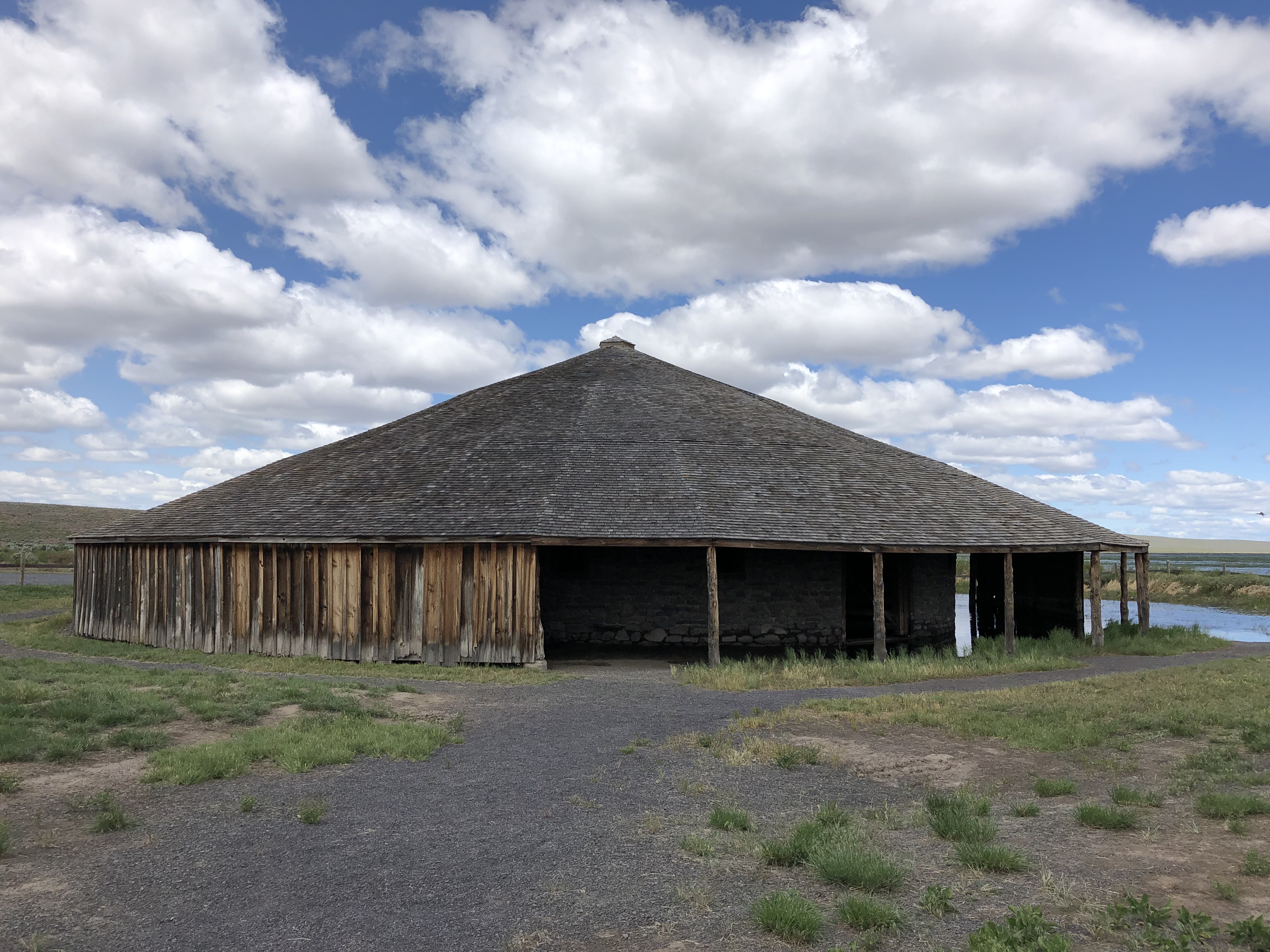 This barn in particular and most round barns are not really barns in the true sense, as they are not built to store or house animals. But rather are built to train horses in the winter months. The Peter French Round Barn was built sometime between 1883 and 1884. The center of the barn is set up to allow young horses to keep warm while not being worked, and the outer ring is used as the training circuit. 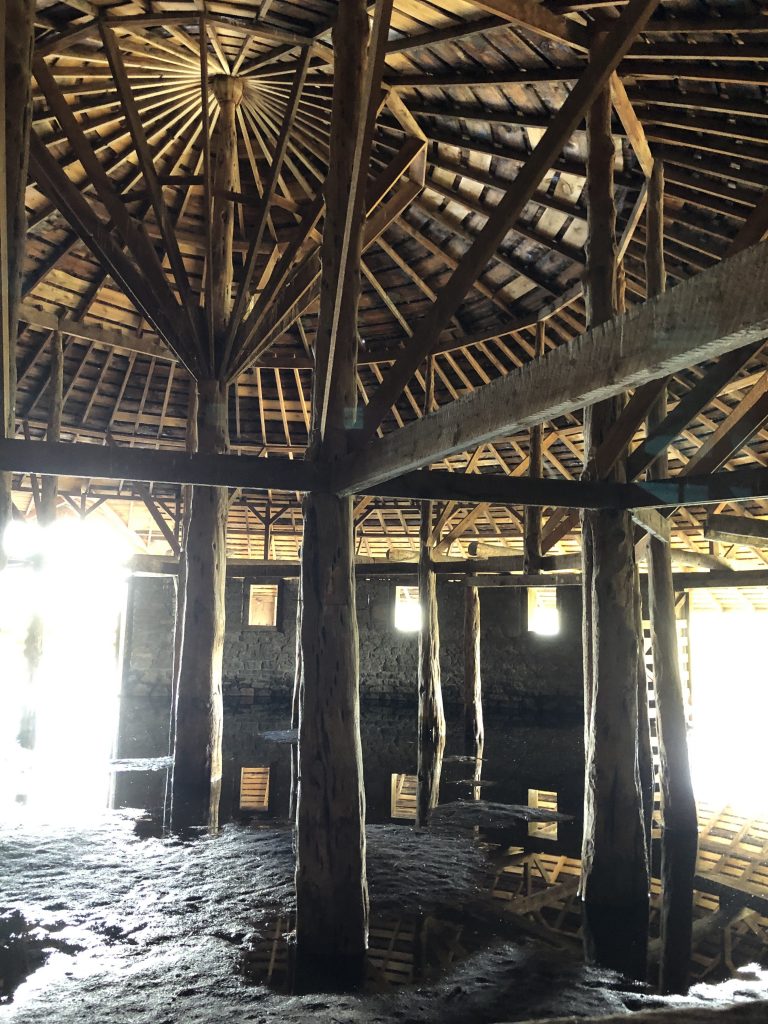 Oregon had a very long cold winter this year, with late snows and in the high desert of eastern Oregon summer is a couple months behind the western valley where we had driven from. So it was a bit of shock to us how cold and how wet it still was out here for being so late in the year. We had our waterproof hiking books (great for areas with ticks and scorpions) but sadly the barn was under a couple feet over water in most places. 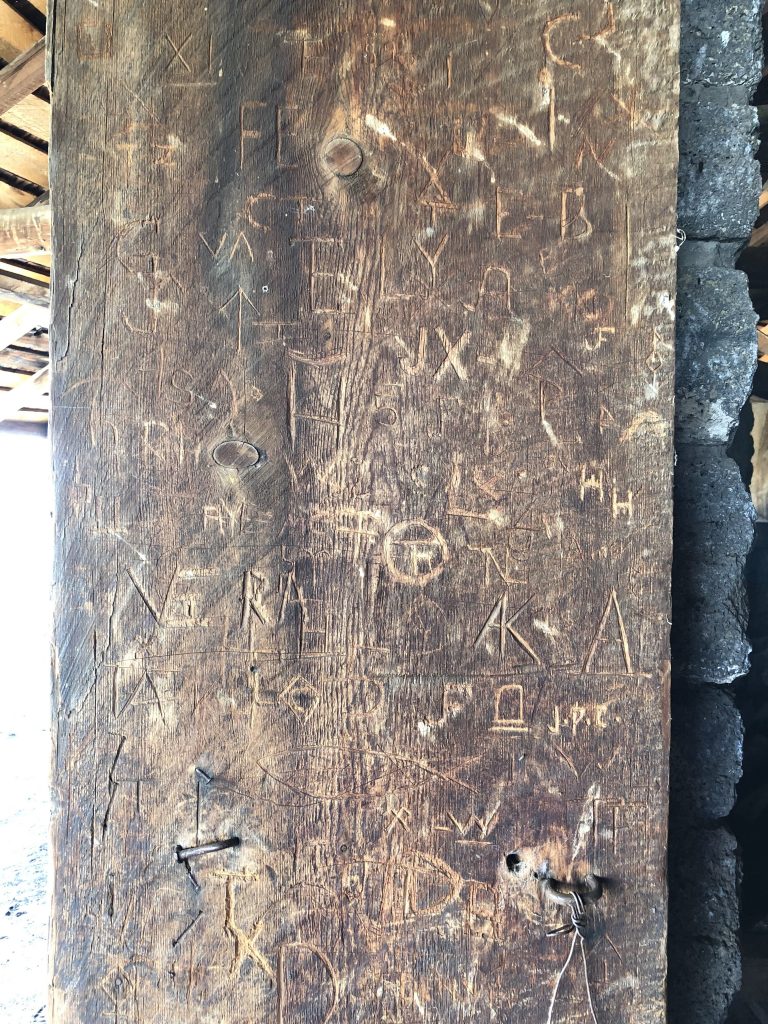 We did manage to swing ourselves in rather dramatically by clinging to an old wire and the door jab but but even still we didn’t get to explore as much of the unique historic building as we had wanted. I had to take a picture of it with all the carved initials. The are probably newer, but for some reason it reminded me of the Dover Castle which for a brief period served as a prison and the carvings all over the building were from the prisoners.

The Peter French Round Bar is a state historic site, but I got the feeling that it is mostly maintained and perhaps the even the land it sits on is currently owned by the Jenkins family. The family runs a visitors center at the entrance of the turn off which has bathrooms, snacks, drinks, books, souvenirs and a terrific family museum. 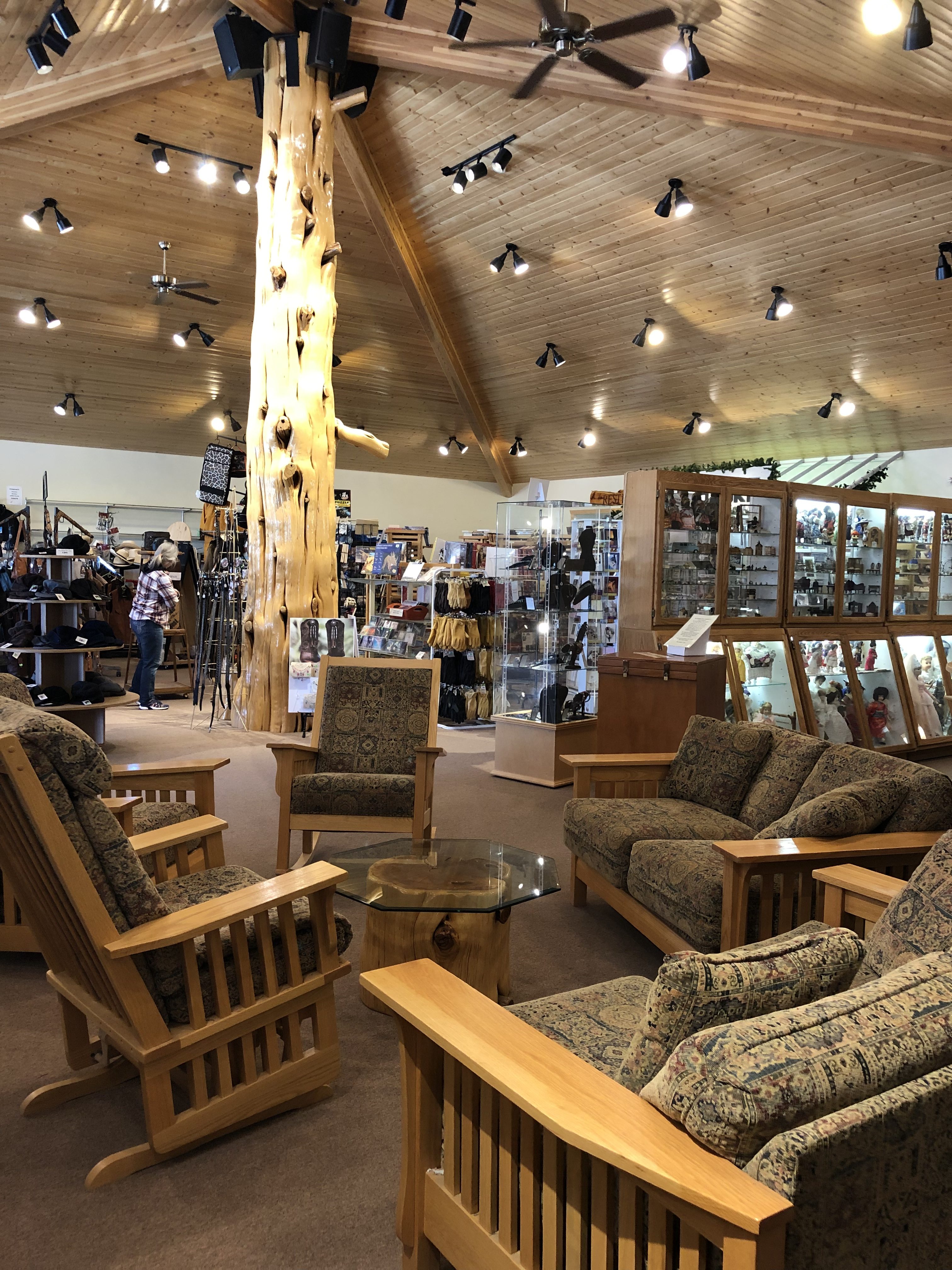 We spent quite a bit of time wandering around the building, looking through the museum and talking with the man who is currently running the business. He has since retired from the Jenkins family ranch, it is now run by other members of his family so he spends his days teaching folks about the history of the area, maintaining the site and running the visitors center and tours to help pay for all the upkeep. 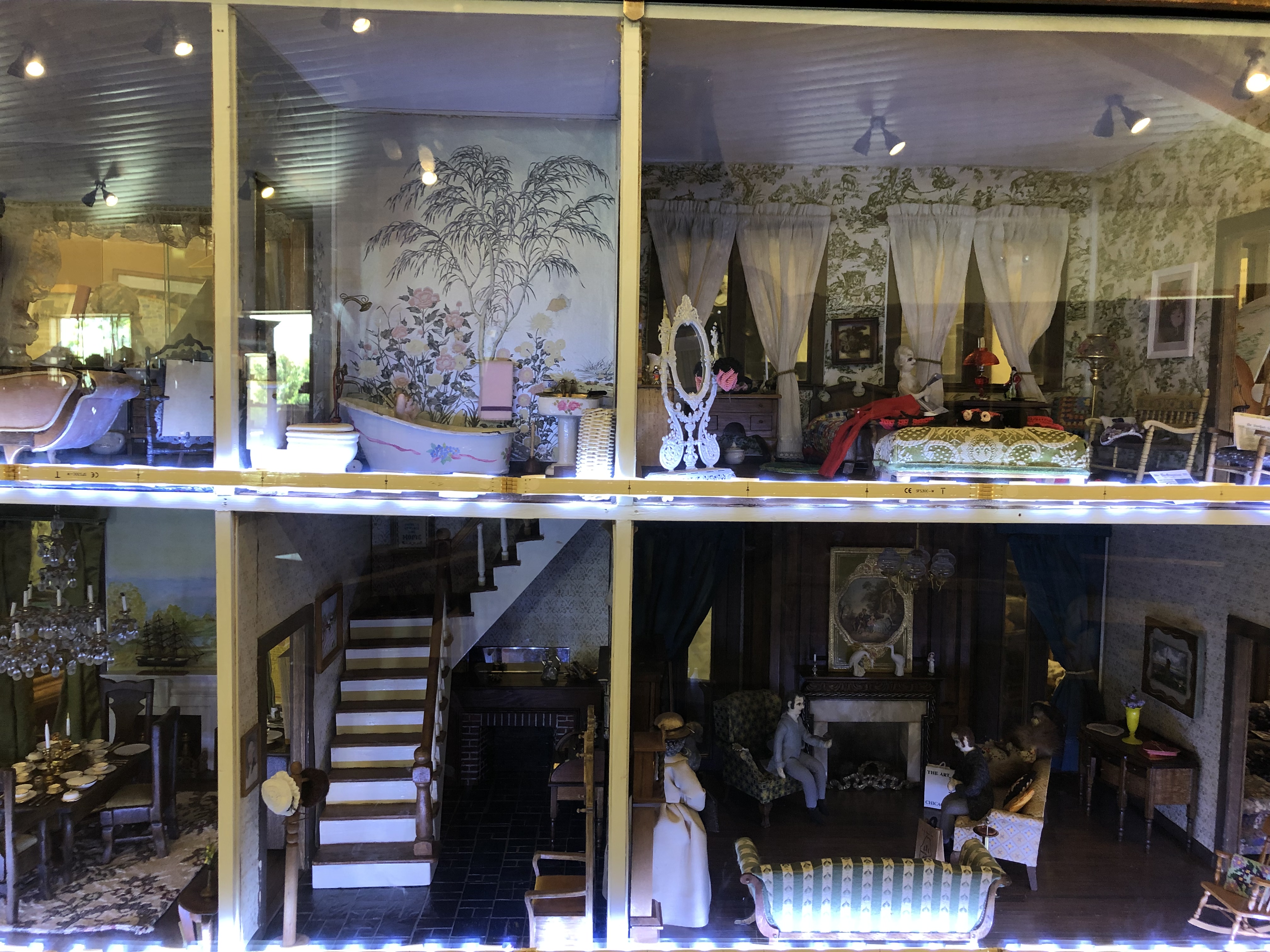 I highly suggest a visit to the Peter French Round Barn, it is a fascinating bit of Oregon’s history which should not be lost. Given how far out in the middle of nowhere it is, I suggest making a road trip of the en-devour and exploring other things to see in the vast open planes of Eastern Oregon. More which I will be covering in the following weeks.