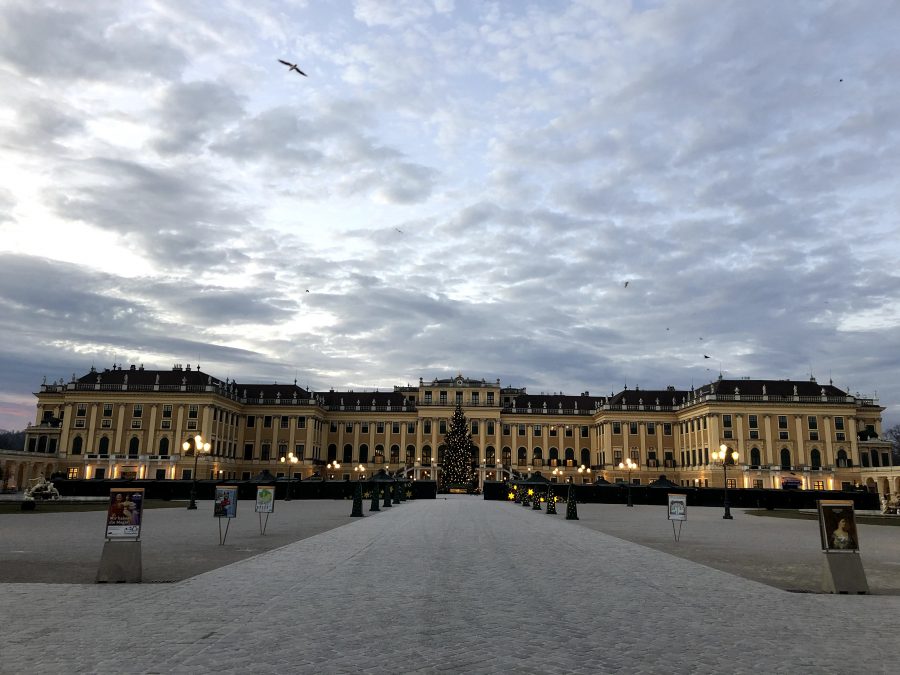 Schönbrunn Palace in Vienna Austria is incredible. That sounds cheesy but it is true. The Hapsburg family called this palace their summer home for 300 years and its grandeur and gardens flaunt the wealth of the family in my opinion even more than that of the Hofburg (the winter palace and seat of the government) simply because this was the place where the family retreated when it got too hot in the summer. Most of us would be lucky to have a shoddy beach shack to call our summer home. 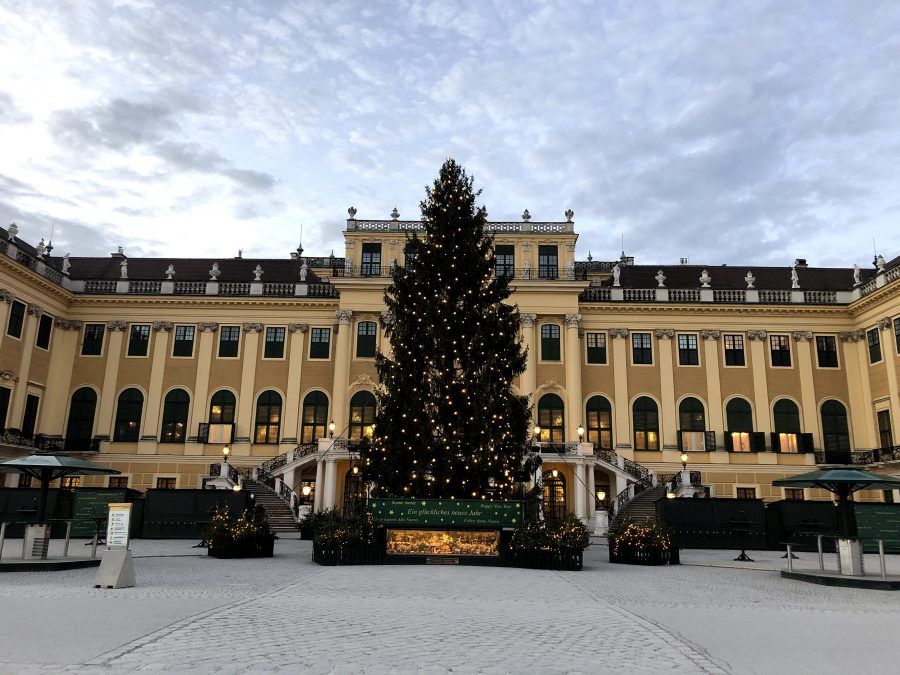 The building you see today, or at least the restored version of the building you see today was funded by Maria Theresa mother of Maria Antonia better know as Marie Antoinette. The palace was gifted to her on her wedding day to Francis I a French Duke and son of Leopold, Duke of Lorraine. At the time a mansion funded by Eleonora Gonzaga, widow of Ferdinand the II as her dowager house. Prior to the land being gifted to her the property had served as a game park and hunting area for the Hapsburg family. The land having been originally purchased in 1569 by Holy Roman Emperor Maxamillion the II. 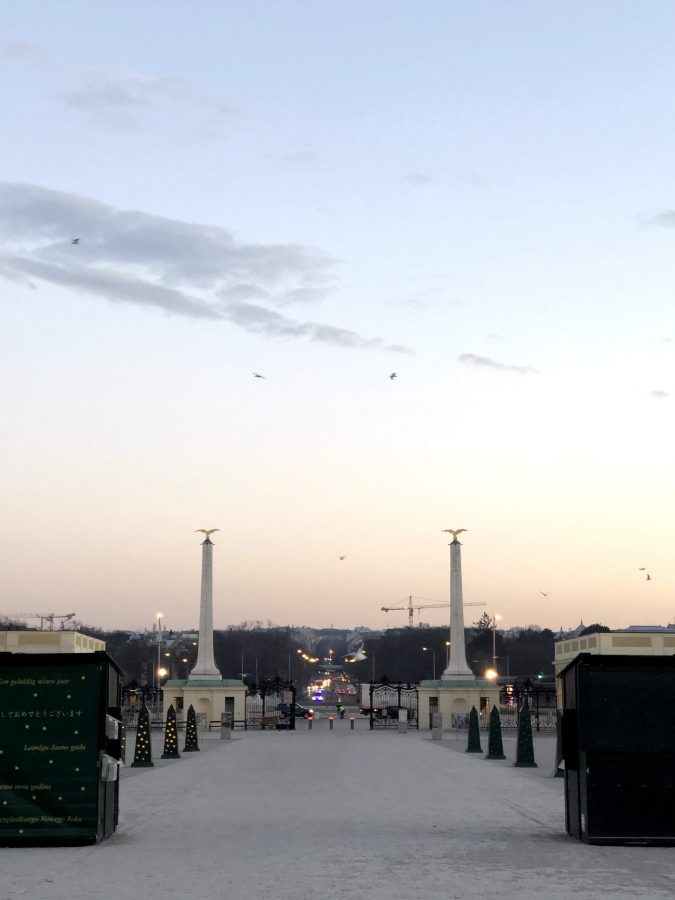 The house served as Franz Josephs birthplace (longest reigning Hapsburg monarch) until his death at 86 years of age in 1916. Shortly after his nephew and heir to the monarchy, Franz Ferdinand, was shot and killed in Sarajavo which sparked the beginnings of WWI. When the monarchy officially fell in 1918 the palace became the property of the Republic of Austria and was turned into a museum.

However during WWII the palace was requisitioned, and was also used by British Intelligence during the Allied Occupation of Austria between 1945 and 1955.  In 1955 it was returned to the Austria Republic and the museum reopened shortly after, while also hosting important political meetings like the one between Kennedy and Nikita Khrushchev in 1961. In 1966 the buildings and gardens were registered with UNESCO. The history of this time period can be viewed in much greater detail at the Museum of Military History which we thoroughly enjoyed. 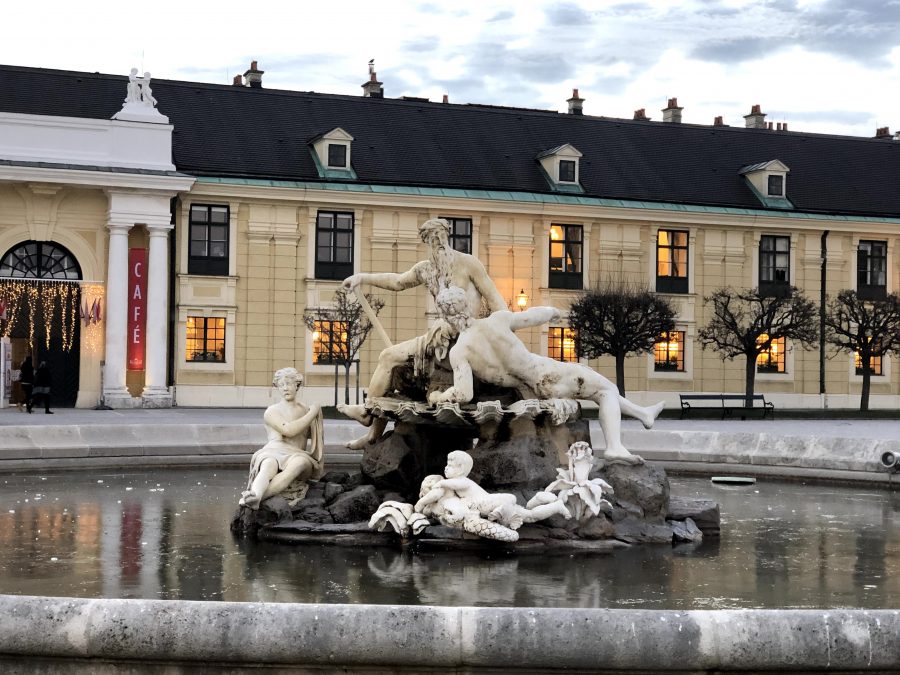 I probably sound like a broken record by now, but buy tickets online in advance to ensure you get to visit at a time most convenient for yourself. To control crowding only so many people are let through the palace at a given time. Pay for the most expensive ticket if you enjoy seeing interiors of very fancy houses. And make sure to pick up the free audio guide, it makes the tour very enjoyable. Additionally if you are like us and allergic to crowds get there early. 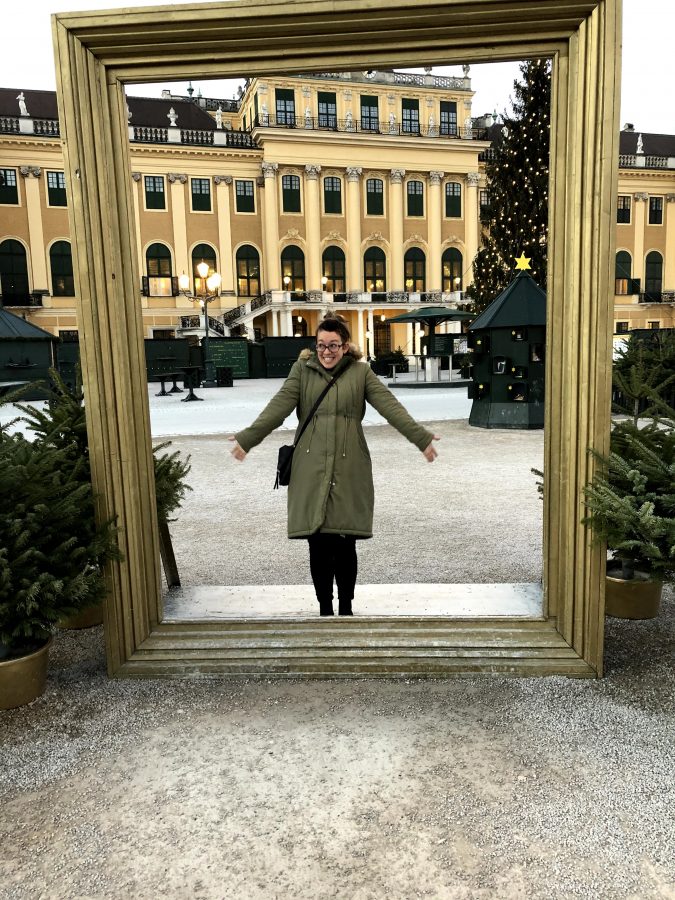 We left the house before the sun came up and found ourselves at the gates at just about dawn. The gates were opened but the museum hadn’t yet, nor could we buy our tickets yet (we weren’t as smart as you will be when you visit). We tootled around the front gardens for a bit waiting for the ticket office to open, and the rushed the gates to buy the first available time slot, which luckily for us was immediately. By this time the tours were starting to show up, and fewer photo opportunities were available as the entire front grounds were filled with crowds. 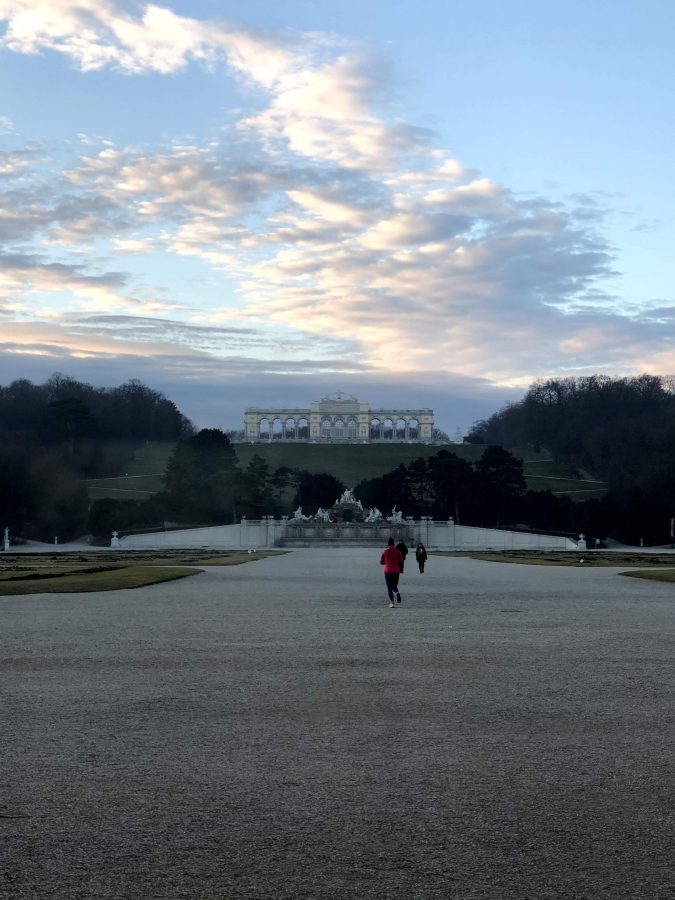 Even with the crowd control measures the interior tour was quite packed. We ended up skipping a room just so we could get around two large tour groups that were clogging up the flow. The tour ends at the gift shop of course where you can also buy snacks, drinks and there are restroom available. After we toured the interior we moved on to the grounds as it had finally warmed up enough to wander, in case you were wondering while it doesn’t snow much in Vienna in the winter it is in fact VERY cold. I will cover the grounds in another post, but in summary if you had time I would highly suggest a visit to the Schönbrunn Palace as it is a delightful peak into history. 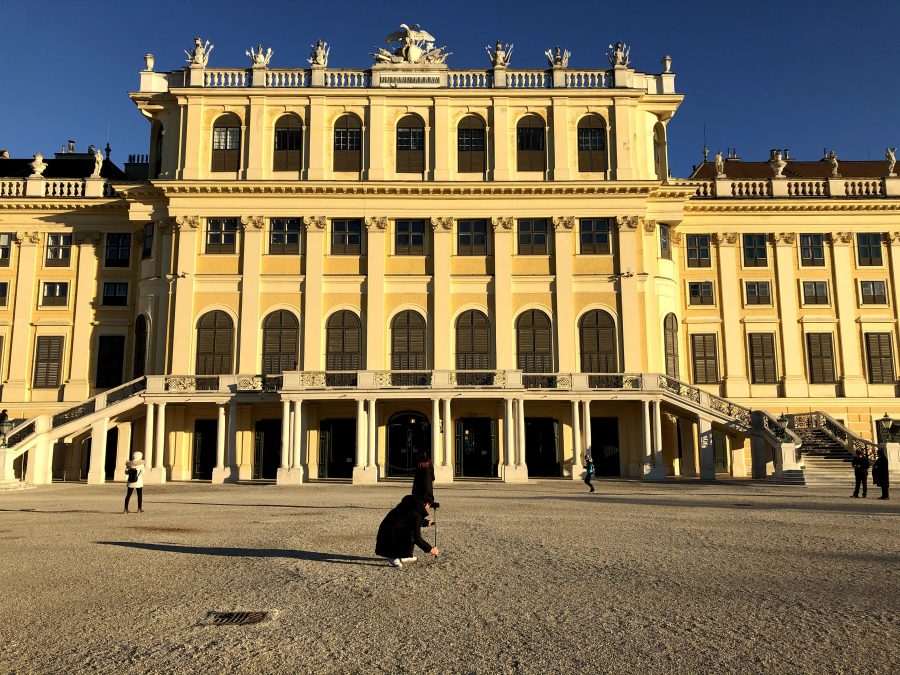