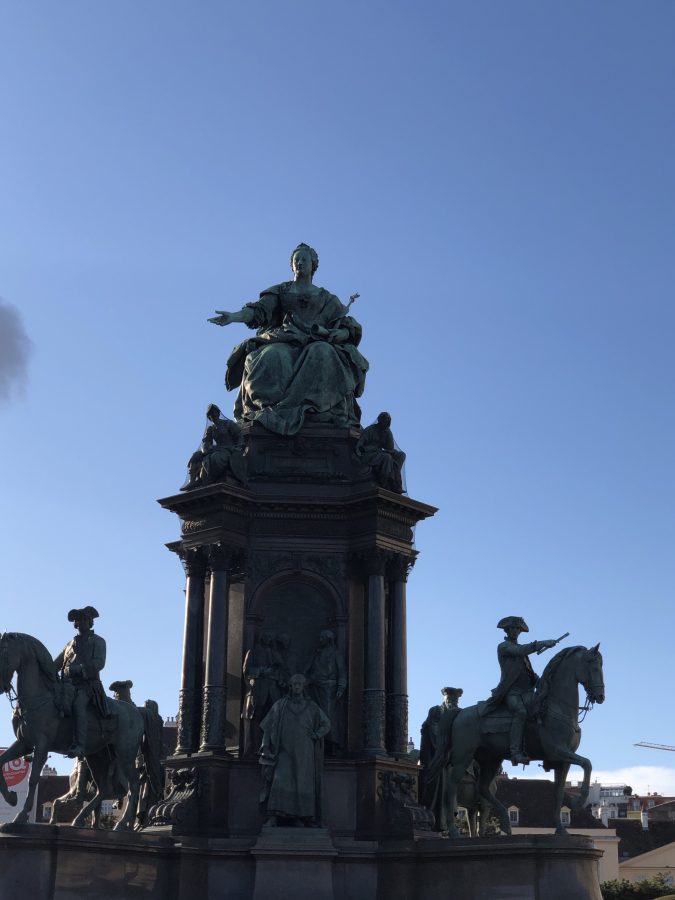 Our second full day in Vienna was Christmas Eve, we knew not much would be open in the evening but some of the tourists spots were still open. Though this did mean that those that were open were especially jam packed. And the Sisi Museum at the Hofburg was no exception.

The Hofburg Palace is the documented seat of the Austrian government since 1279. The palace itself has been expanded over the centuries and rather than serving as the winter palace for the royal family and the seat of the empires government, today it is the official residence and workplace of the president. As well as housing a multitude of museums within its many buildings.

On Christmas Day we decided to stick somewhat close to home, we knew we wanted to get any last minuet supplies to get us through the holiday closures, as well as pick up a few more gifts for our stockings. After visiting the Naschmarkt we looped around and visited the Christmas Market in at the Hofburg. Then on a whim we decided to pop in the Sisi Museam because the line didn’t look too long. Though in retrospect given the route we took to find the ticketing counter, we may have actually cut the line.

The museum itself doesn’t take up very many rooms and I cannot reiterate enough that it is a very popular stop. If you do not like crowds or tight spaces I would honestly skip the museum all together. The first portion is a bit of history on Sisi herself, otherwise known as Empress Elizabeth the wife of Franz Joseph. She herself is a bit of a hot topic in the area. Franz Jospeh was a beloved monarch, and Sisi was met with mixed reception during his reign. She hated court life, and was often out of the country. Allegedly had a long standing affair with a Hungarian statesman. But on the other hand it is said she was very kind, passionate, beautiful and people did seem to love her.

As you enter the museum you will see personal effects, dressed and various items related to the woman herself. All set up in an oddly modern display in a series of small, dark, narrow hallway rooms. After this portion of the museum comes the staterooms which is much more open. Highlighting the apartments that were occupied by the couple and their children when they spent winters at the palace.

It felt incredibly crowded and we sort of figured it was due to it being the holidays, but it seemed to only get worse as the week wore on, there were times where the line was down the block to get in. I am glad we went but I think there are probably better places to go to get more information. If you are particularly interested in seeing royal apartments the crowds at Schonnebrun are much easier to handle and if you want to learn more about Sisi herself I have heard the museum in Possenhoffen (her birthplace) is really fantastic. Otherwise if you are up to the possible crowds the Sisi Museam is a lovely look inside the life at the Hofburg and Empress Elizabeth.