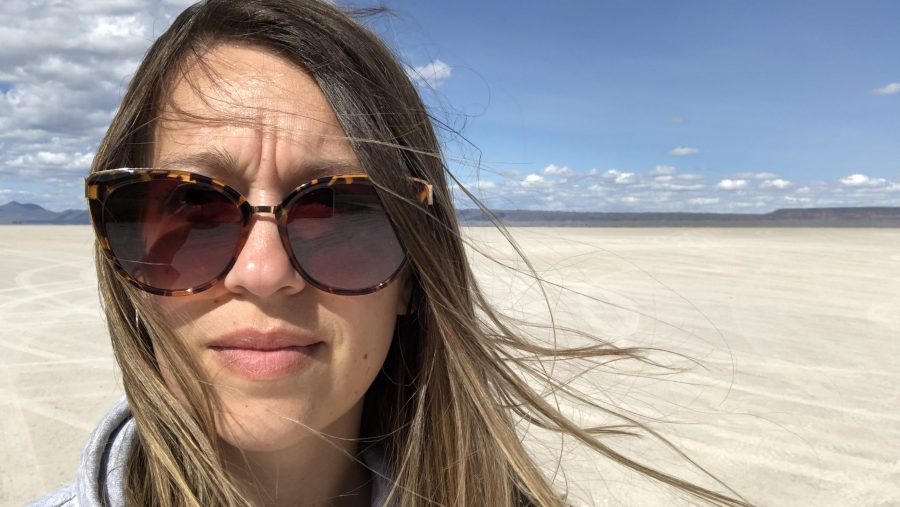 One of the main reasons we were on this epic Eastern Oregon Road trip, which turned out to be near a thousand miles covered in 5 days was to see The Alvord Desert. As I have mentioned most of Oregon east of the cascade range is high desert. I am sure all manner of scientists would take issue with that term, but it is what we Oregonians call it. Compared to everything west of the cascades what ever they get isn’t classified as real rain. You don’t know real rain until you have lived on the Oregon Coast. 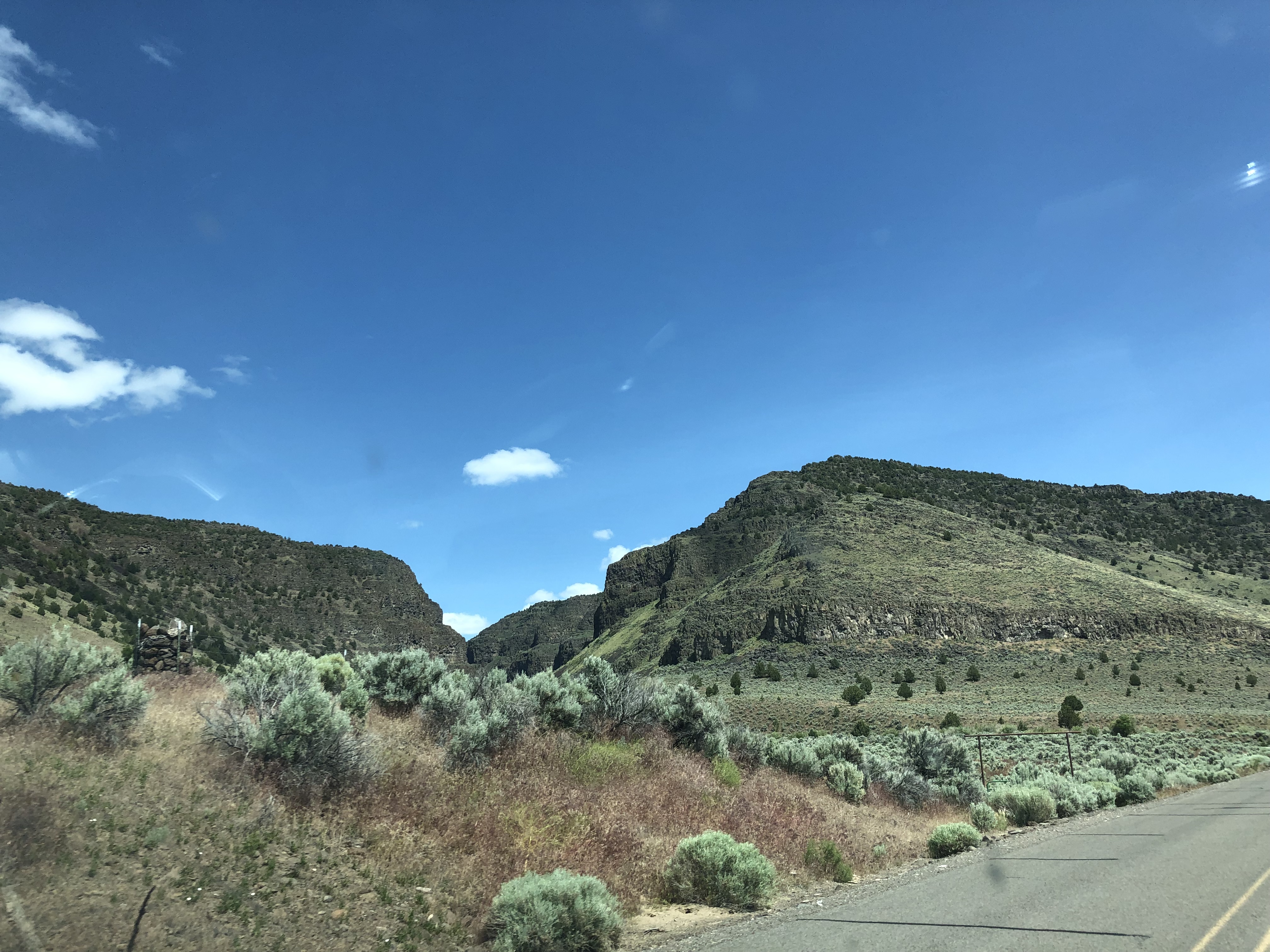 But I digress, the vast majority of Oregon is actually technically steepe or scrubland as it is a arid climate that gets just enough moisture a year to not be considered a true desert. Vast grass lands and wild sage is what you will most of the time driving around out here, with the occasional very small pine tree. It’s cowboy country. 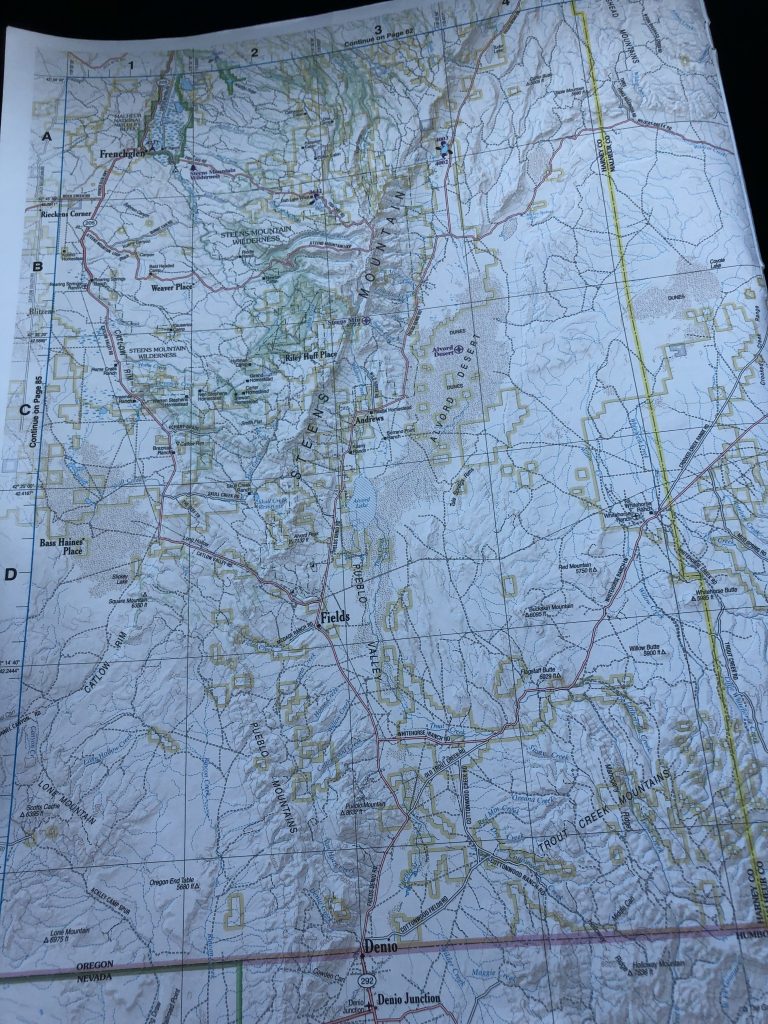 The Alvord Desert however, is a true desert. It a dry lake bed that gets less than 7 inches of precipitation a year. At 4,000 miles above sea level, it sits east of the Coast Range, the Cascade Range and the Steens Mountain, which itself is nearly 10 thousand feet above sea level. It the winter it is well below freezing and in the summer upwards of 100. 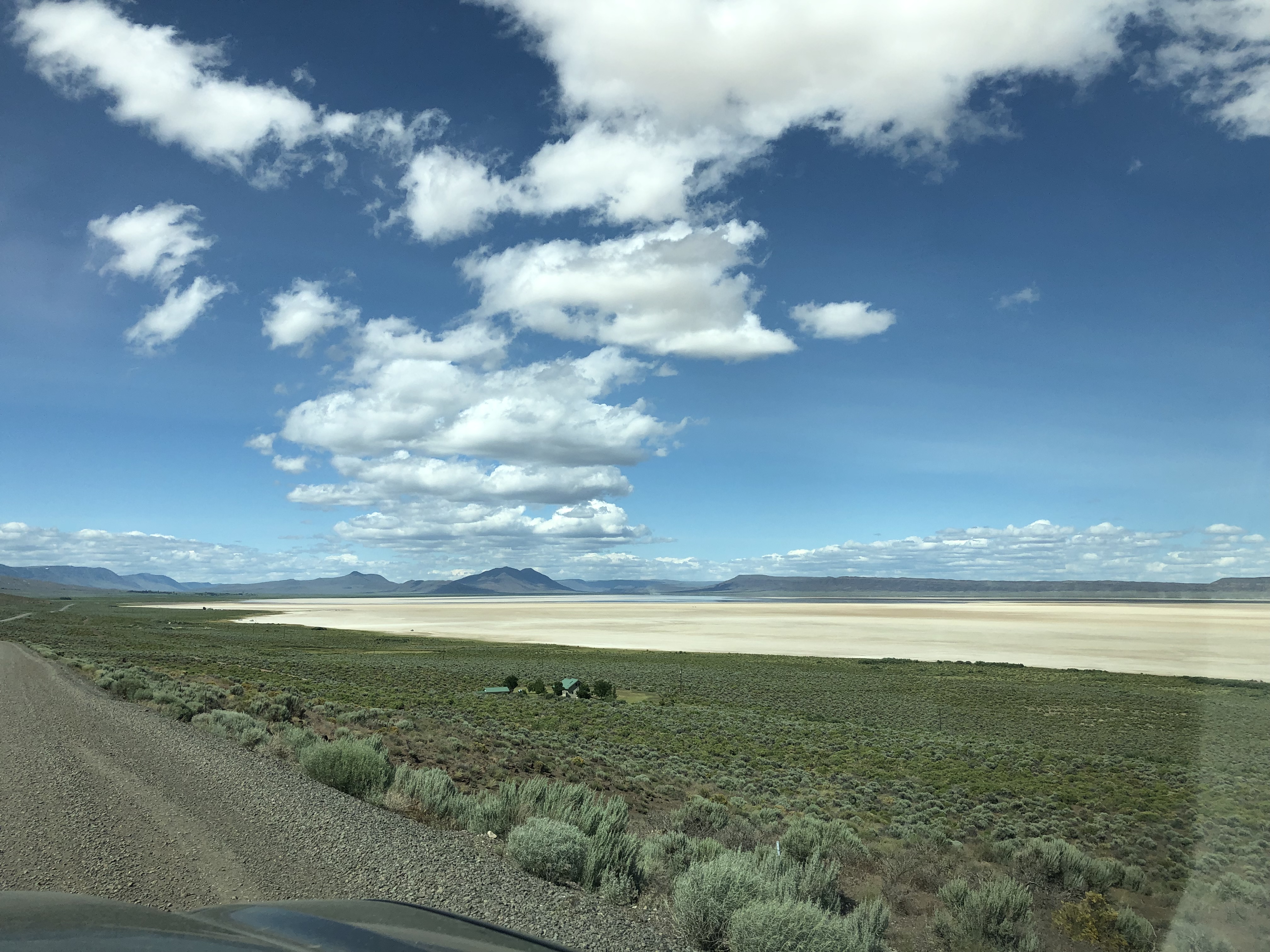 The desert itself is ringed by geothermal activity, pushing both cold and hot springs up along its boarder, providing ample grassland and wildflowers which attract a large variety of wildlife. You can often see wild horses specifically in this area. 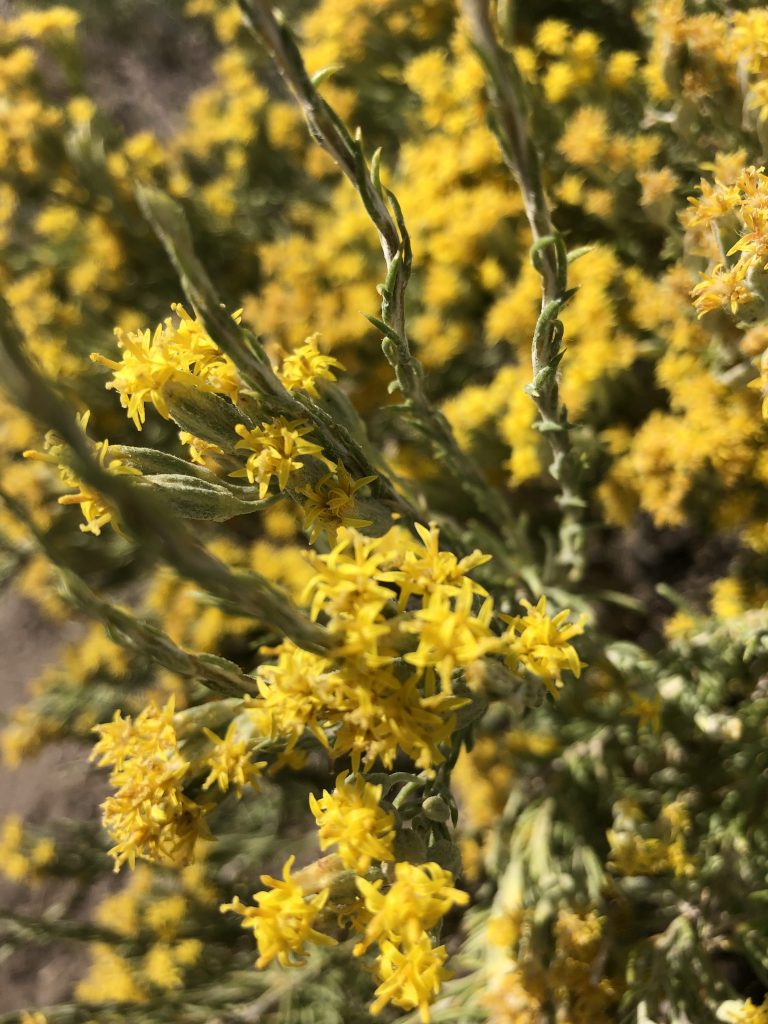 Getting to the Alvord Desert is not easy, which is why it took me so long to visit. It is hours from my house and due to its sparse human population many many miles from active gas stations. I say active because Fields just south of the desert sometimes has gas and Frenchglen just east of the Steens often has gas. But the area is also maintained by BLM, so the majority of the roads are not paved, which just add yes another level of risk and uncertainty to the trip. We had just left the Diamond Craters and were running low on daylight but set off all the same on the seemingly more difficult route of driving all the way past the Steens Moutain on the western side, then looping back up from Fields. And I am so glad we did, the other route coming from the north directly as a crow flies sounds easier but it is a couple hours on a gravel road and is more remote from gas stations and other services. 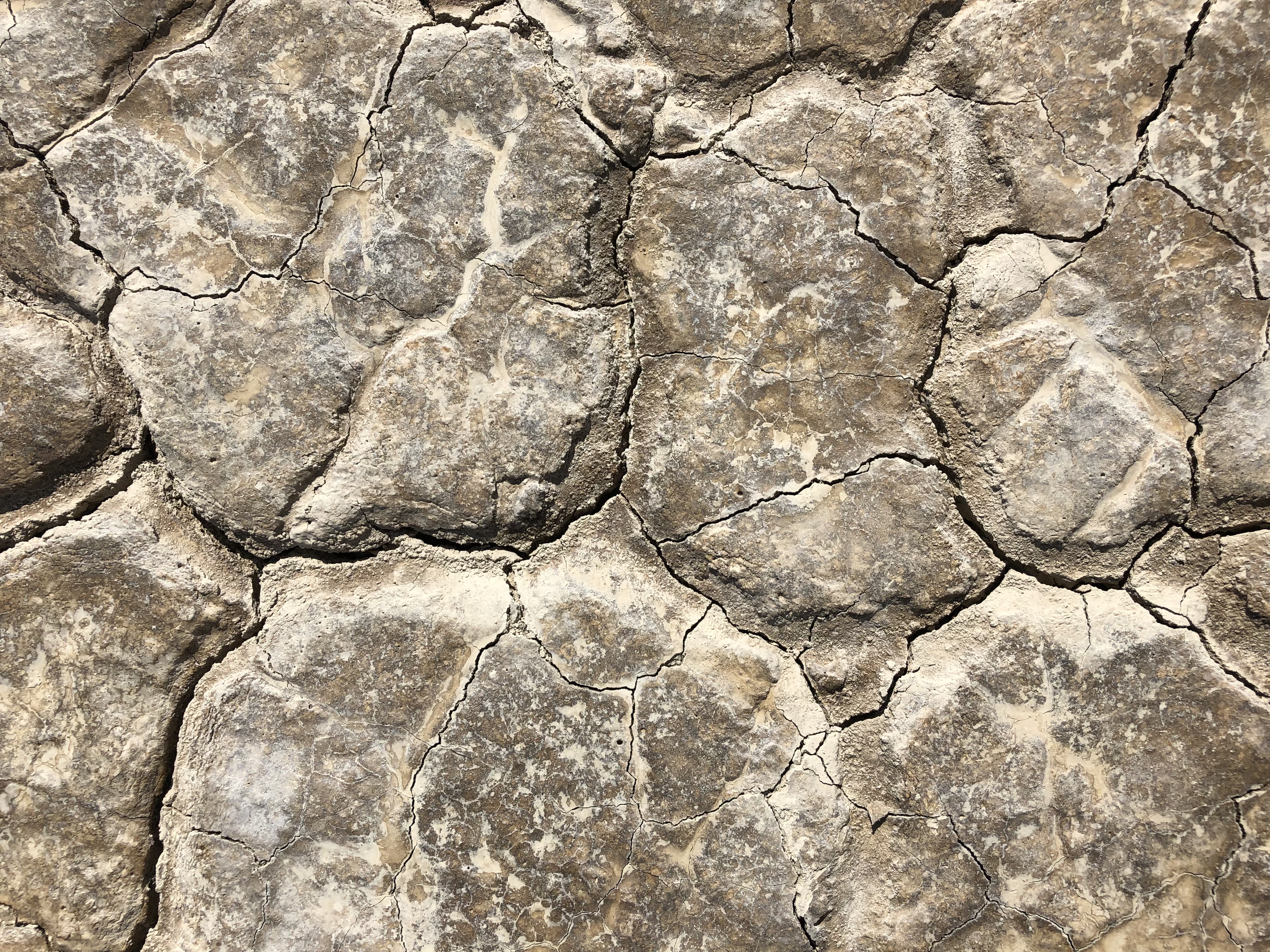 This area is the outdoor persons paradise. Houses are sparse, cars on the road even less frequent, wildlife everywhere, most of the area is BLM and as such open to public recreation of all sorts (providing you are respectful and follow the rules). We saw photographers, wind surfers, campers and motor bikers just at the entrance of the park. Which there are several, and are not well marked, be sure to take caution to not drive down someone’s private drive. 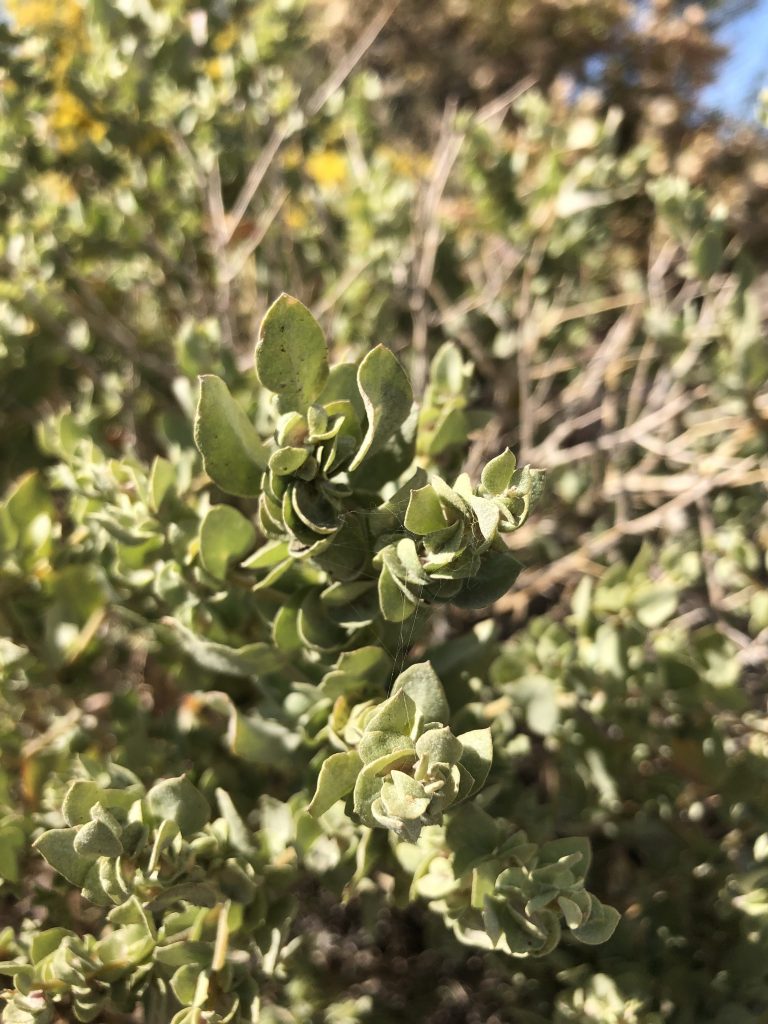 This would be the perfect place to set up camp for a weekend of day hiking up in the Steens. You would have no light pollution at night as there are so few homes and certainly no real towns in the area.  The area is also a population destination for land speed enthusiasts. And the womens land speed record here by Kitty O’Neal in 1976.

There isn’t really any place to stay in the area directly unless you are camping. The Frenchglen Hotel is about 70 miles away and offers modest accommodation. I love the place personally but it is not luxury by any means. The Alvord Hotsprings also offers bunkhouse lodging which is even less luxurious. Mostly you are roughing it, it just depends on what degree of running water you would rather have. 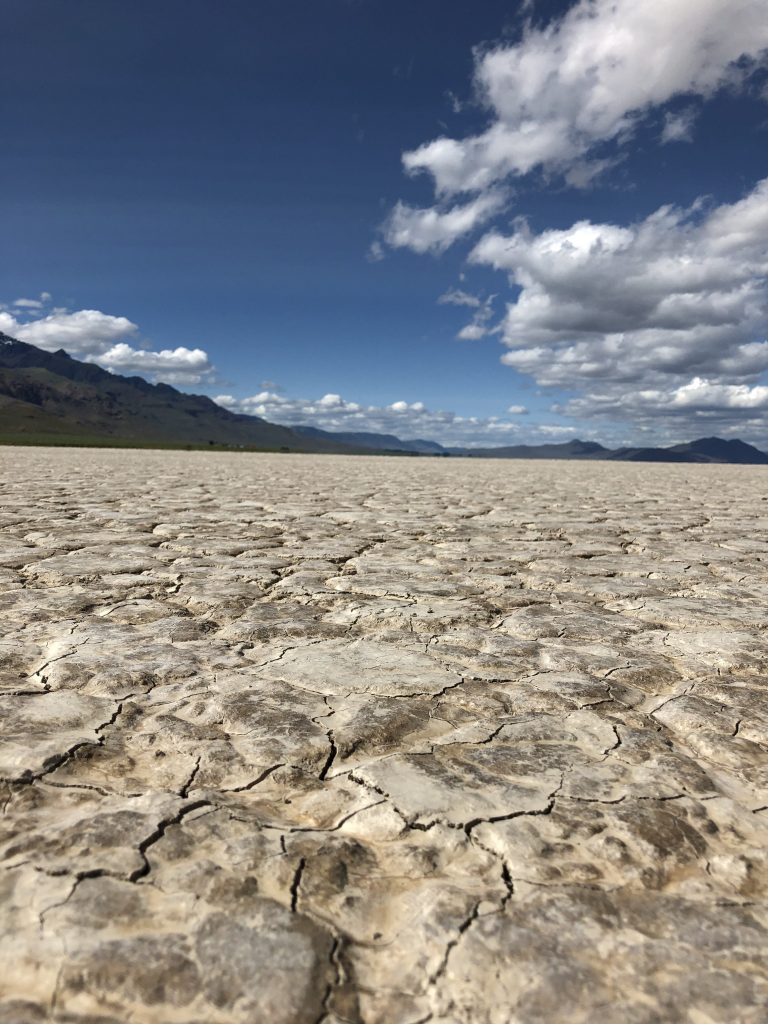 I am so glad I finally go to see The Alvord Desert, it was so beautiful and peaceful and so different than the rest of Oregon. I hope one day I can go back with more time on my hands to hike and camp. It would truly be a unique experience.