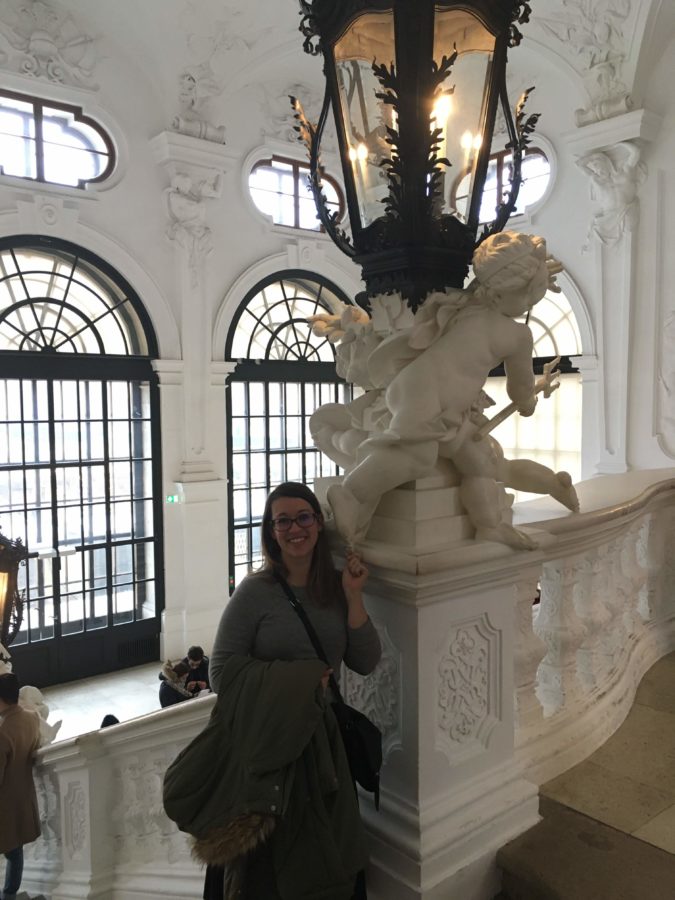 The Belvedere Palace in Vienna Austria is one of many art museums in the city, but perhaps one of the most beautiful. It packs a punch with a large collection of works by the famous Viennese artist Gustav Klimt as well as Egon Schiele who was a protégé of Klimt’s. It like most of the sights in Vienna are packed with tourists but if you can handle the crowd it will certainly take your breath away. 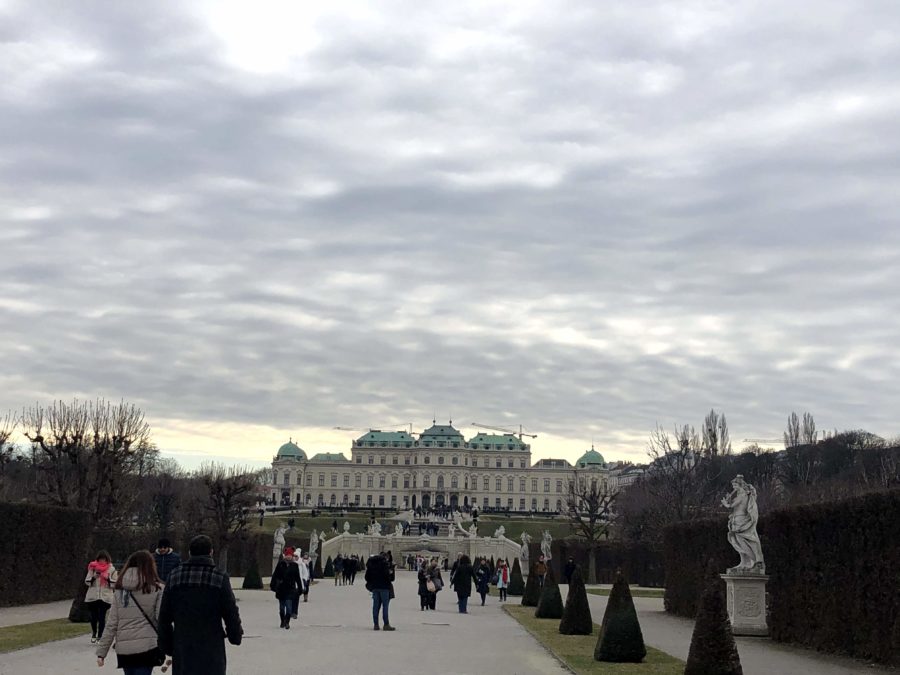 History of the Belvedere Palace

The Belvedere Palace was commission by Prince Eugene of France of all places. He grew up in Paris in the court of Louis XIV, the Sun King the very same King who had the Palace of  Versailles built. But Eugene due to the escapades of his mother was forced to leave the French court, and instead lent his allegiance and military prowess to the Holy Roman Empire. So great was his fame Napoleonian called him one of the greatest military leaders in history. 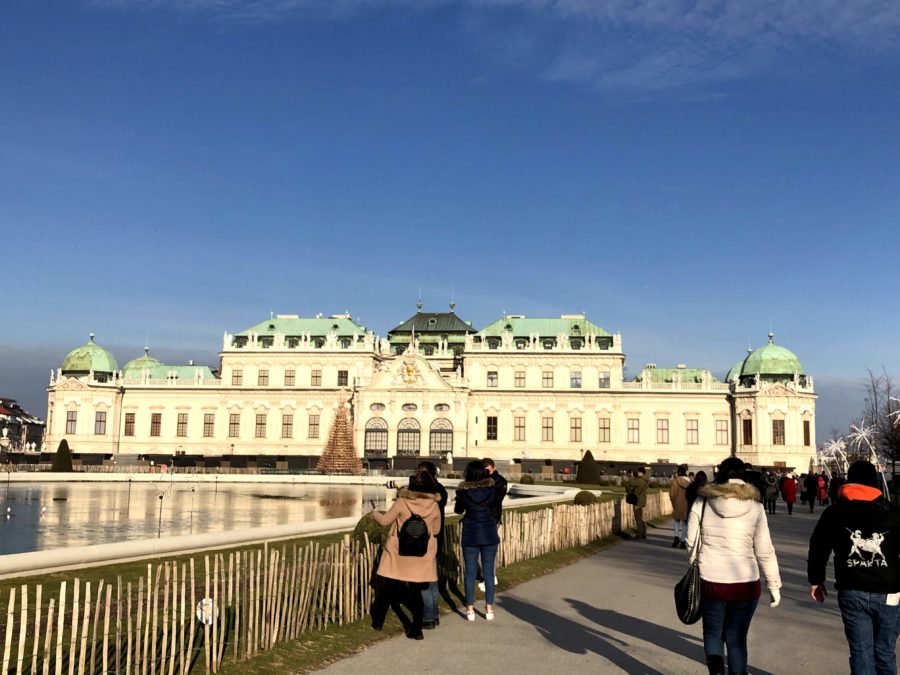 Throughout his career serving the Hapsburgs he contributed to and lead countless campaigns for the country which lasted six decades and three monarchs. Throughout those years of service he gained a great deal of wealth and knowing he wanted to live out his years in the country rather in the winter palace (The Hofburg) in Vienna where he had been living while not on campaign he bought the plot of land the palace sits on today. And then he bought a few other plots of land, and had a little squabble with another fellow who was also trying to buy up land to build a palace and a garden in this out of town location. Which by the way, is no longer out of town, but nearly the center of Vienna for how much the city has grown since 1697. 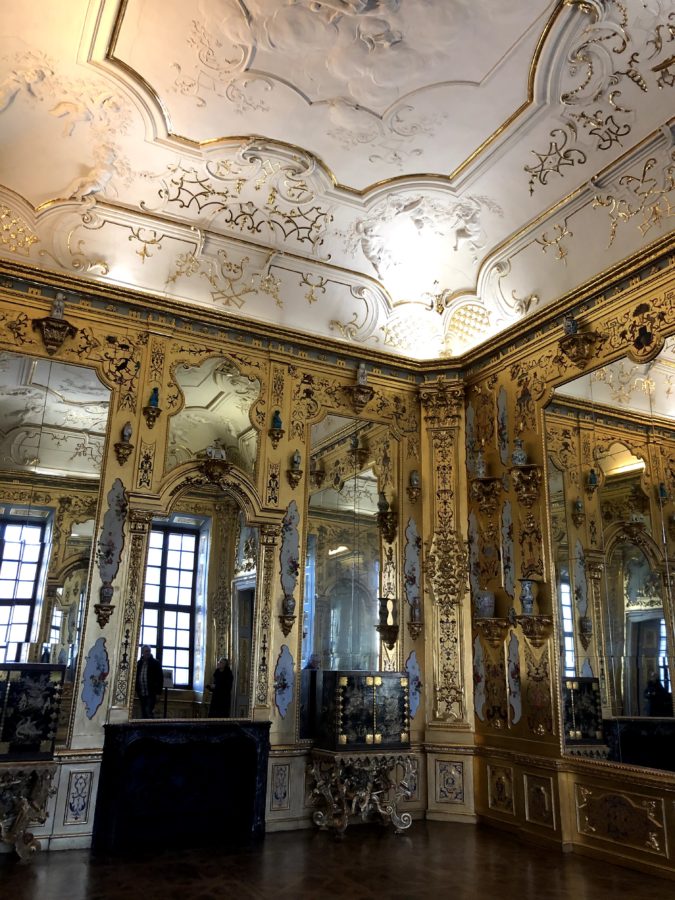 After the tiff was over, land was bought and commissioned and the Lower Palace was started in 1712 and the Upper Palace was completed in 1723. The gardens having been designed and completed somewhere in that time line as well. But even completed the roof was structurally at risk in some locations, so the final completion date was actually closer to 1733. Eugene passed away in 1736, leaving no will. Eventually the palace went to his niece, who eventually had to sell the palace due to financial troubles at which time Maria Theresa (Marie Antoinette’s mother) bought the palace.  At which time the upper palace was transformed into a picture gallery and the lower gallery served as a home for French royalty fleeing the revolution, most notably Marie Thérèse Charlotte (Marie Antoinette’s only surviving child). 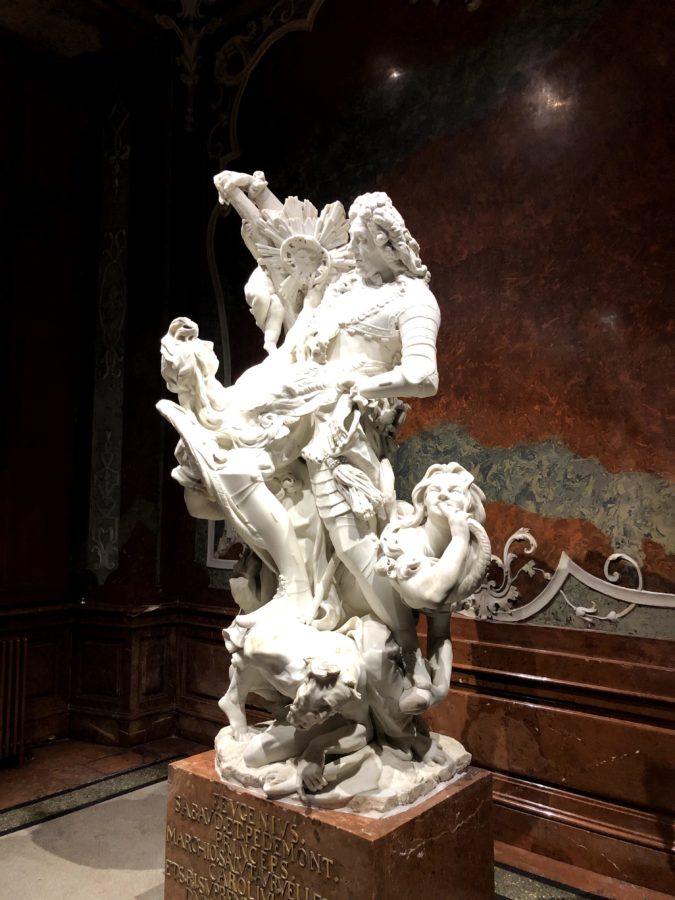 During the lead up to WWI the palace was again transformed when the upper palace was given to Franz Ferdinand as a home until he took the throne officially. The assassination of Franz Ferdinand, WWI and the political upheaval of Austria’s  First and Second Republic saw many changes in the palaces again. After taking significant damage during WWII, the palace was restored and reopened in 1953. 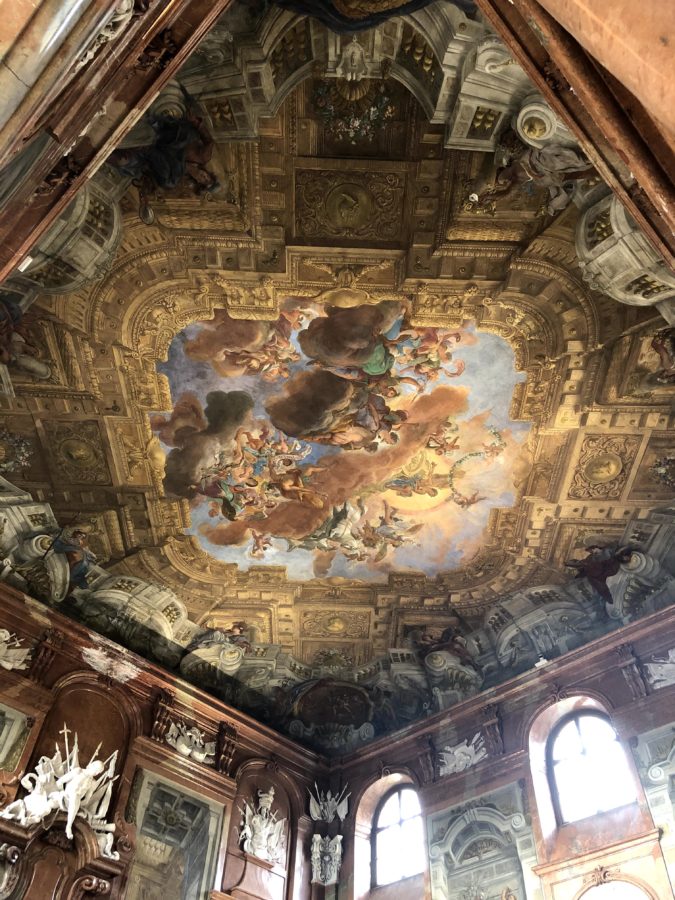 Perhaps because of it long and important history, perhaps because it is so beautiful, or because it houses so many incredible works of art, or perhaps it doesn’t matter why but the Belvedere is a wildly popular location to visit, with annoyingly reasonable opening hours making it difficult to sneak in during off hours to visit. 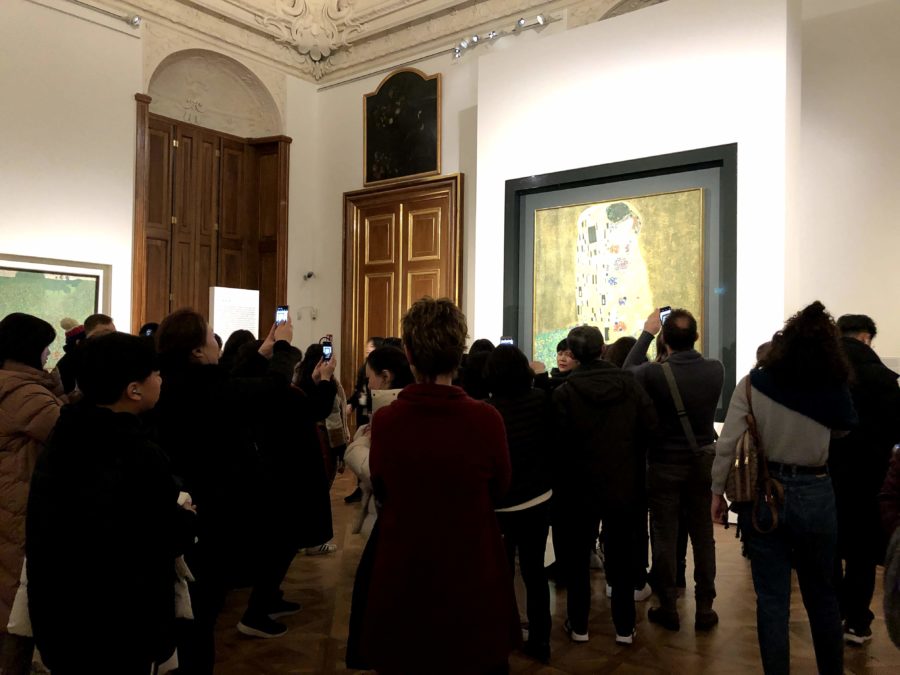 Because it is so popular when you buy your entrance ticket you will be given a time stamp on when you can enter the upper palace, the lower palace and orangery currently have no such restrictions. You can also buy your ticket ahead of time online, which will ensure you can get in on the day and time that is preferred to your schedule, but because of its popularity you will likely be surrounded by crowds the entire visit. If you love art and history and architecture I wouldn’t let this put you off. I would just suggest being prepared to make a day of it, take it in strides and bring lots of snacks. The café in the upper palace is really quite lovely but it has a very small number of tables and a fairly limited menu.

The Upper Palace is the grander of the three buildings, and houses the more famous works of Austrian artists or works highlighting Austria’s history. The Lower Palace has rotating exhibitions, and the Orangery as it has had since it opened houses a large collection of medieval religious works, which I loved. Aside from the buildings that gardens are quite impressive with a large reflecting pool at the front and twin gardens in the back separating the upper and lower palaces, complete with fountains and sculptures and even a waterfall. If visiting is not in your future, you can always explore the outstanding grounds via google maps, sadly they do not have a walking street view option but plenty of users have posted their photos so you can get a good feel for the grounds by exploring those. They do however offer the walking view of the main room in the Upper Palace , the main room in the Lower Palace as well as some of the more impressive rooms of the Lower Palace. 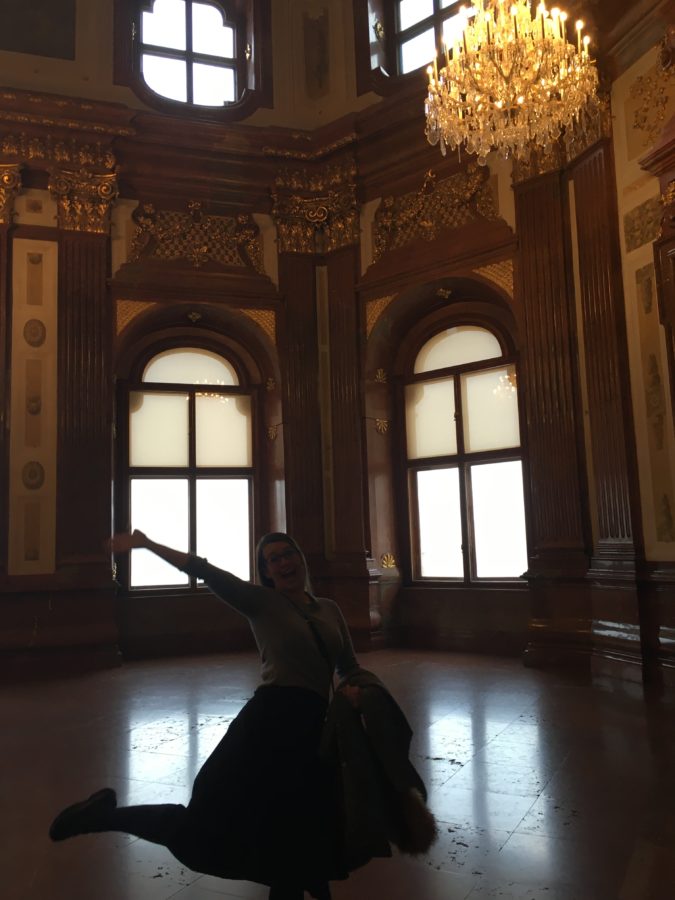 In a nut shell, even though it is annoyingly popular it is popular for good reason and if you have a chance and if art is something you feel you cannot live without seeing while in Vienna I would highly suggest a trip “out of town” which means just next to the main central rail station to visit The Belvedere Palace.