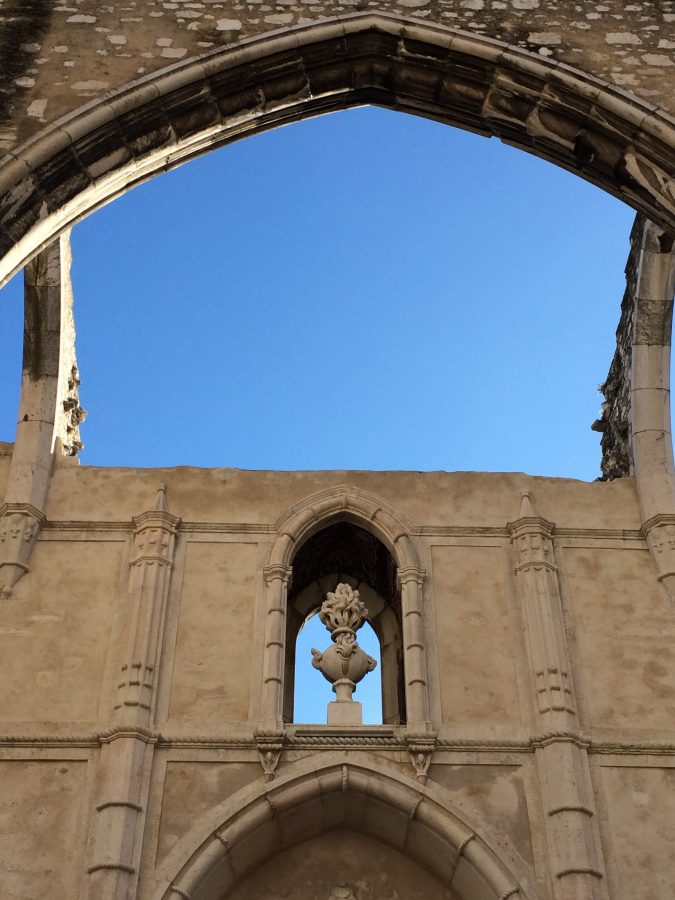 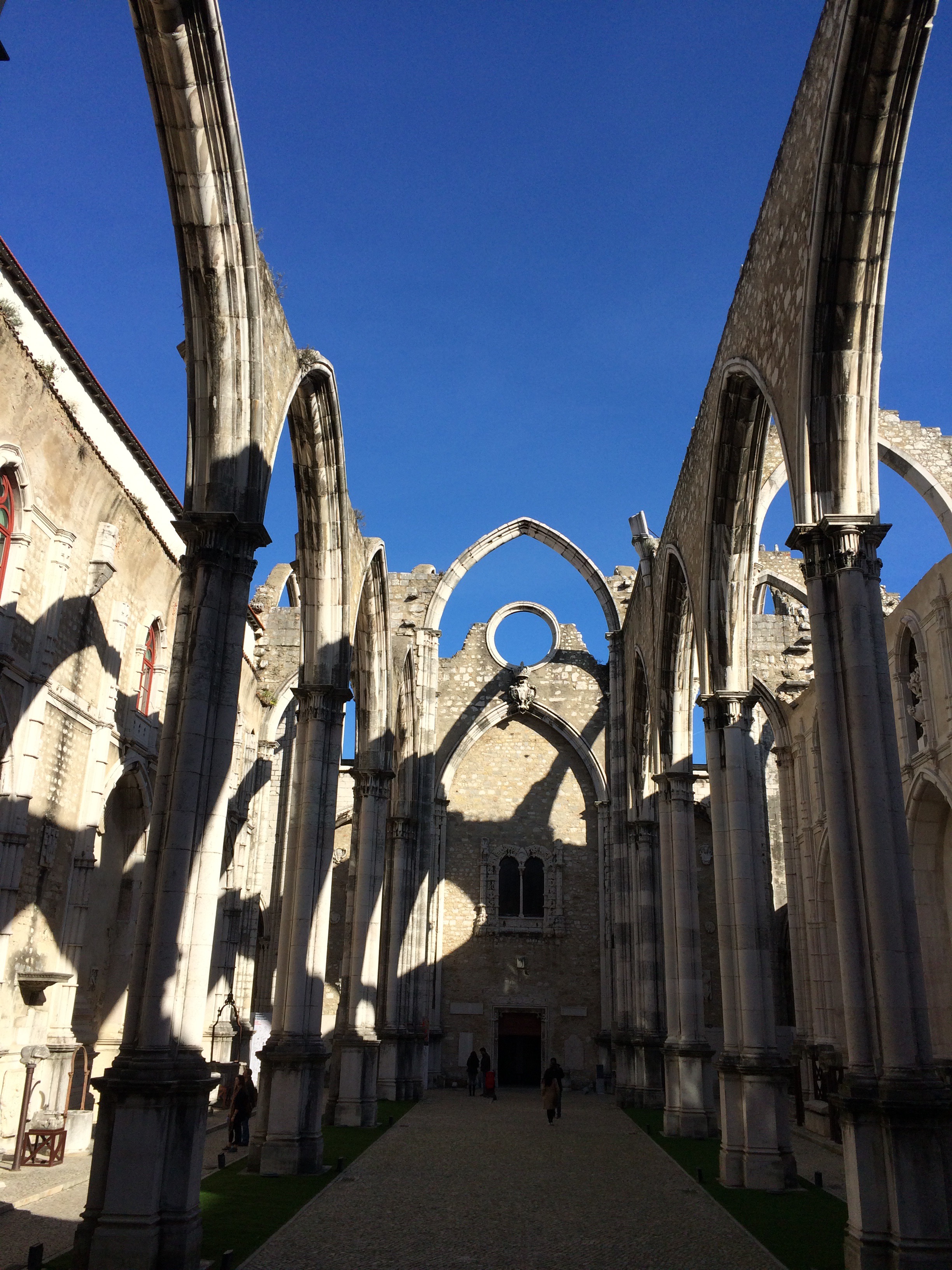 One of the things I knew I wanted to see while we were over in Lisbon was the Carmo Convent, or The Convent of Our Lady of Mount Carmel. All I knew about it going in was that it was a church that lost it’s roof allowing you to stand beneath the arches of it’s gothic structure and see the bright open sky. 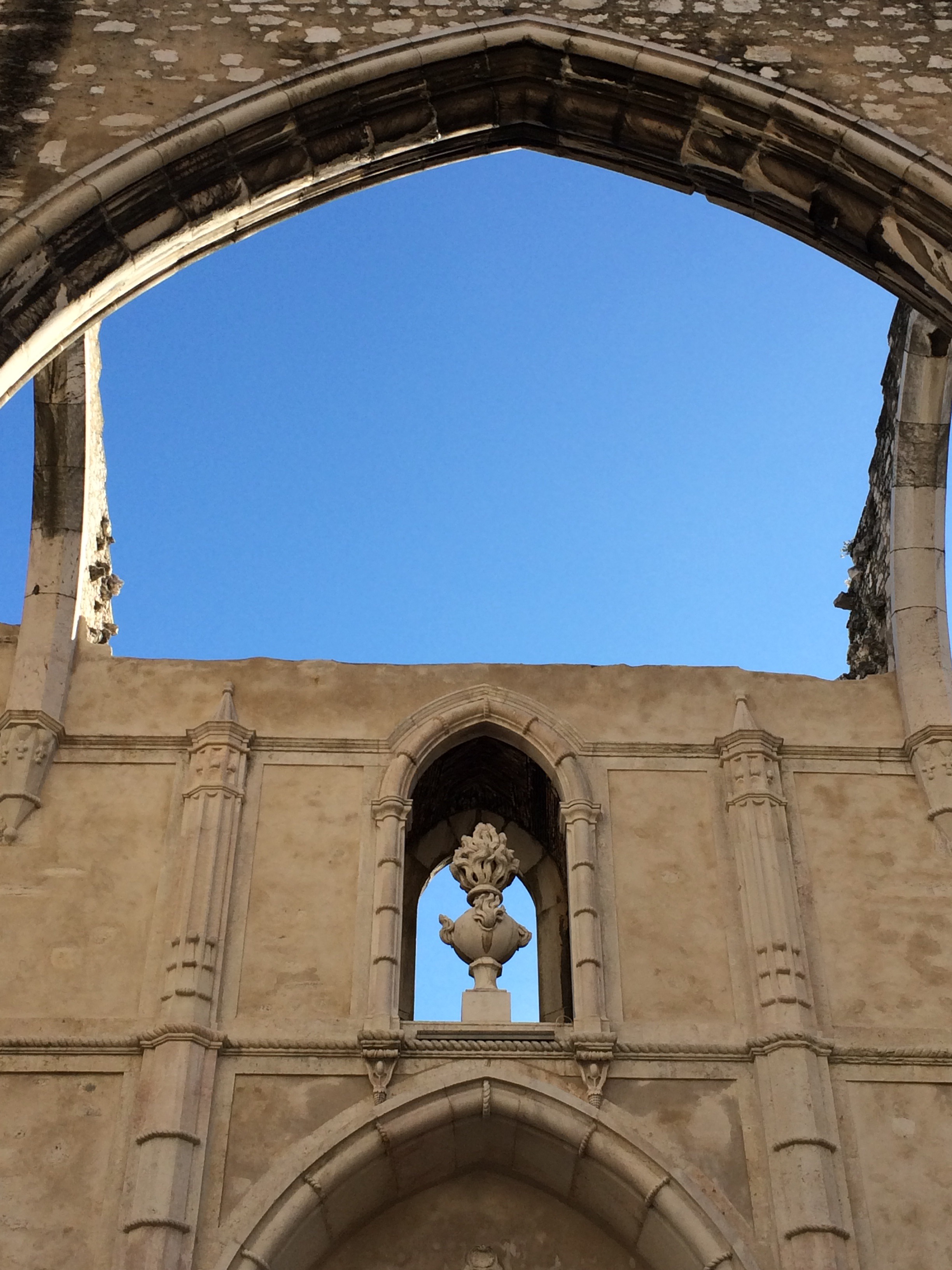 As with everything else I found in Lisbon, the ruins of the church were everything I had hoped. After a short walk up the hill from the main shopping street in the Baixa (pronounced Bai-jha) district of Lisbon we found ourselves standing in a small square outside the convent next to a shoe store (more on that later) and a government building (more on that later as well).
The cost to get into the convent was minimal, I think perhaps two or three euro, and while the attraction itself is quite small it is very much worth it in my opinion. 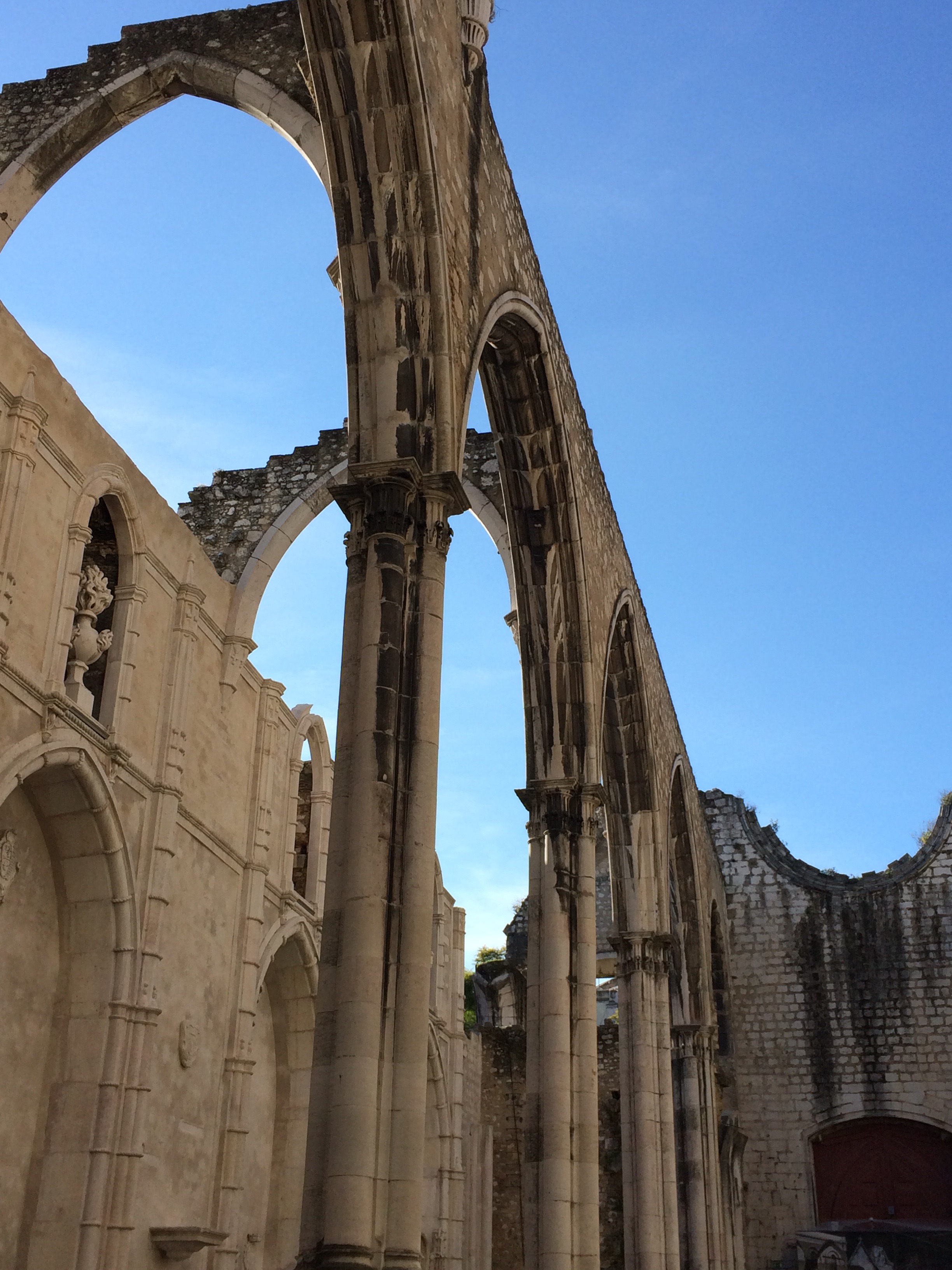 The convent was built starting in 1389, and survived in tact up until the 1755 earthquake that flattened most of Lisbon, with the exception of the Alfama district which was protected by the large rock that it sits on.
Some attempts were made to repair the church, but in 1969 another earthquake hit the area toppling again most the of the repair attempts. 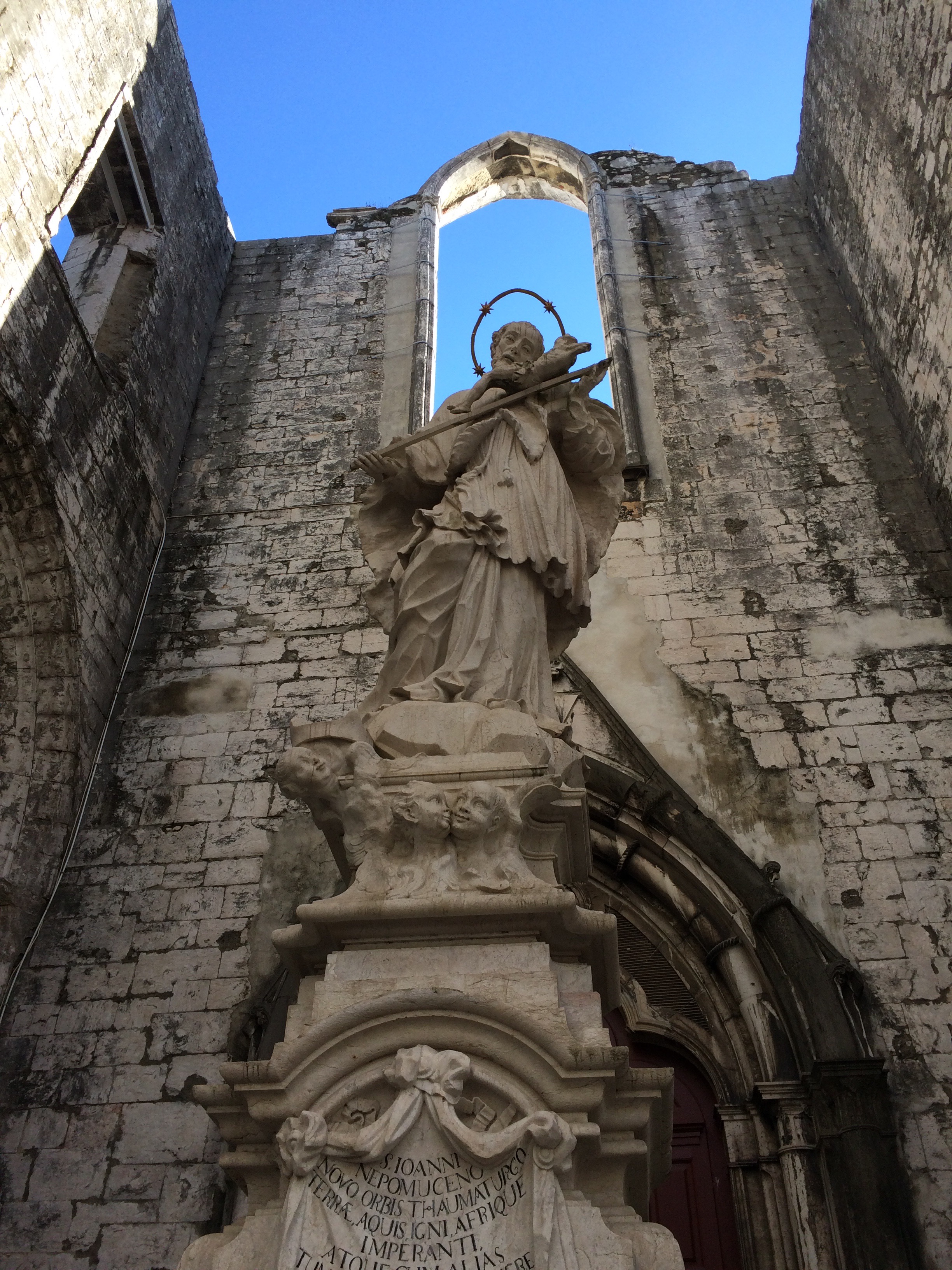 Today it acts as a monument and archeological museum, though as mentioned it is small, it is quite nice. There are a few gothic tombs on display as well as some local artifacts from Roman, Visigoth, and Moorish excavations. As well as a few artifacts from Peruvian digs.
There is a nice book store on the far left inside the museum itself, which sells quite a few children’s books, as well as tour and religious texts. There is also a public restroom near the entrance on the inside of the convent which is always good to know and not often found it seems when touring Europe. 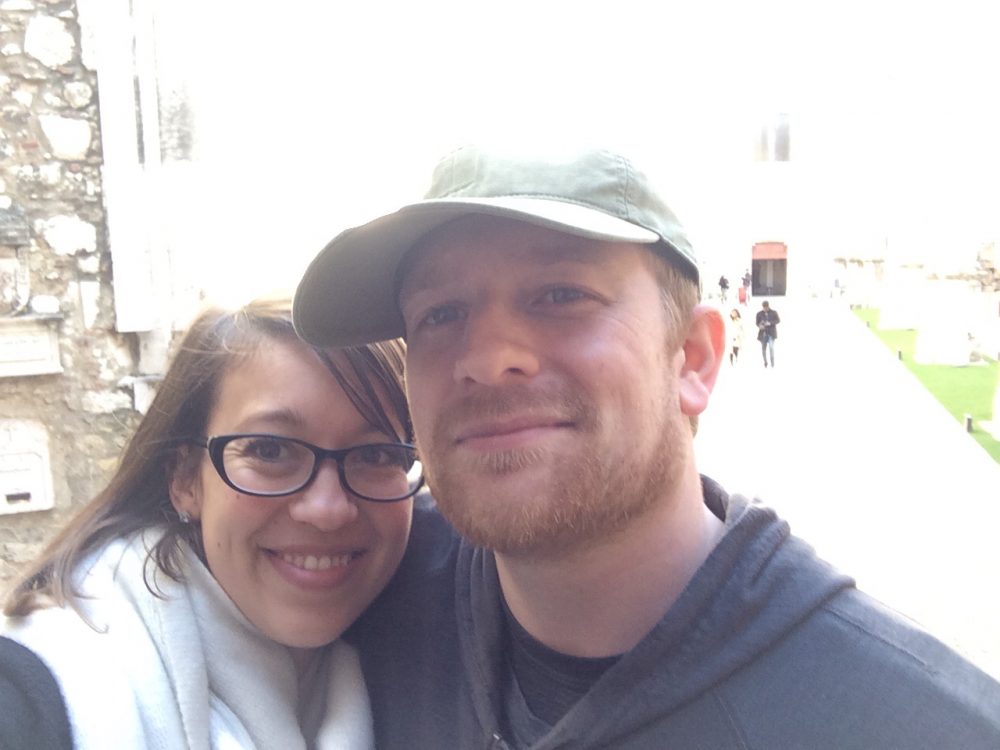 Oh look at that, I take terrible selfies.

How to get there and links for more information:

Where: Largo do Carmo 1200 | Largo do Carmo, Lisbon 1200-092, Portugal
How: Metro – Baixa-Chiado Station, or walk which is what we did.
When: 10AM-5PM
https://en.wikipedia.org/wiki/Carmo_Convent_(Lisbon)
http://www.golisbon.com/sight-seeing/carmo-church.html