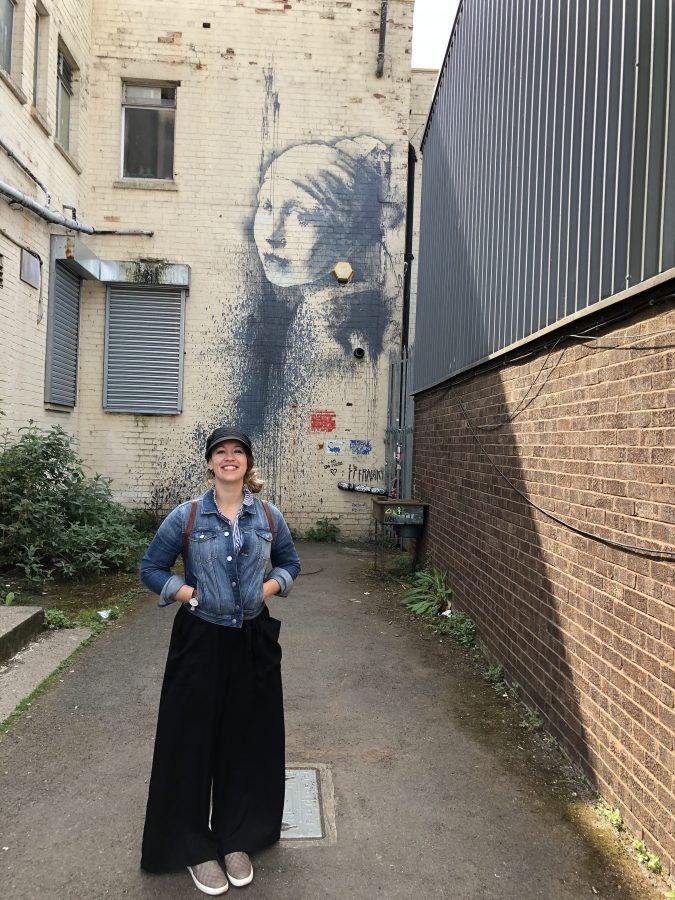 The Floating Harbor in Bristol England is a really nice day out, and very family friendly. We had a couple locations in mind we wanted to visit but didn’t realize going in exactly how expansive the area was or how fascinating the history.

The area has been important to humans and prehuman people since the Neolithic era. It was founded as a permanent settlement in 1000 the port was developed in the 11th century and continued to play an important role in England’s economy through the exploration and immigration to the America all the way up to today where it continues to play a role in a variety of economic industries.

The name Floating Harbor comes from the lock system that allowed the tidal section of the Avon River to remain full and thus allow the large sailing ships afloat even at low tide. Sailing ships as apposed to steam powered ships have a terribly deep keel and were often made of wood at the time. So if a ship came to port in Bristol at the time and the tide went out, the keel would get stuck in the mud, the ship would tip, often snapping keep, mast or simply crush itself ruining both ship and shipment.

The harbor today is still very active though less in shipping capacity and more in a tourist capacity. The MShed is a free museum right on the water front that hosts a variety of exhibits, including a section of a hull of a boat painted by Banksy, allegedly of  the rather unpleasant harbor master at the time.

The museam focuses on Bristol, providing information about the history of the area, the maritime traditions, people, life and places significant to the area. There are also a number of ships that one can tour right outside the doors of the museum.

To various degrees it seems that it has been confirmed that the famous graffiti artist Banksy was raised in Bristol. Most of the earliest work attributed to the artists exists in the area and there is a walking tour outlined that can help show you around if you are interested in viewing all his works in the area.

I most wanted to see the Girl with the Pearl Earring, so locating that particular site was my main focus. It can be difficult to find given it is down a short ally way and you don’t really see it until you are right on top of it. But find it we did and I was very happy to see it in person.

Another family friendly activity on the harbor is touring the SS Great Britain. The SS Great Britain was designed by Isambard Burnel who was very significant to the area and to Britian. He combined a number of modern ship building methods and wound up with the first every steam ship to cross the Atlantic to America, which it did in just 14 days. The area around the ship is set up as it would be at the time with fun faux shipping containers, food, animals and all sorts of other things that would have been packed aboard for the voyage. It looked very fun, but we were short on time so we decided to pass.

Underfall Yard was probably the highlight of our time in Bristol. It is a working boat yard that you can walk around, it is also home to the original hydraulic system that operated the lock system. We met a very nice volunteer with the yard named Richard who used to teach history and told us all about the area, the history of the hydraulic system, the harbor, Bristol and all sorts of other things. We probably sat with him for at least an hour and loved every minuet of it. We walked away with a backpack full of information, a tshirt and two buttons. It was a blast.

We also spent a good deal of time sitting outside watching two young brothers, who must have been a part of a sailing club, fight, shout, shove and nearly knock one another into the water more than once. It does appear that there are a variety of boat rentals in the area from the aforementioned sailing lessons to a water taxi that can take you up and down the harbor for very little cost. For those less interest in boating type things, the yard also hosts a couple cafe’s with outdoor seating and a wonder view of the harbor.

Toward the end of the harbor near the locks are two bridges of a very different sort designed by the same man, Isambard Brunel. When he was 23 he was appointed the project engineer, it took 33 years to complete but the Clifton Suspension Bridge is quite the marvel. We didn’t have time to walk up and cross it but the gorge that it dares to span (especially given it was built in the 1800s) is massive.

The Swivel bridge was built in 1844 and designed by the same man. It is a large hulking mass of wrought iron and not nearly as elegant as the suspension bridge but it is a technical masterpiece. It is in terrible disrepair and money has been pouring in to study, evaluate and repair it. I found it interesting that the bridges were being built around the same time, by the same man, to solve different problems and look so very different. It was very cool to see in person.

We sat at the edge of the harbor and had some snacks while we plotted our next move. We knew we wanted to make our way up to a few locations on the mainland portion of the Bristol but it took some serious examination of the map to figure out a way over all the bridges and roads safely. We did eventually manage it and wound up popping back down on the other side of the Bristol Harbor more than once throughout the day. So if you enjoy maritime type activities I would highly suggest spending the day at the floating harbor in Bristol England.