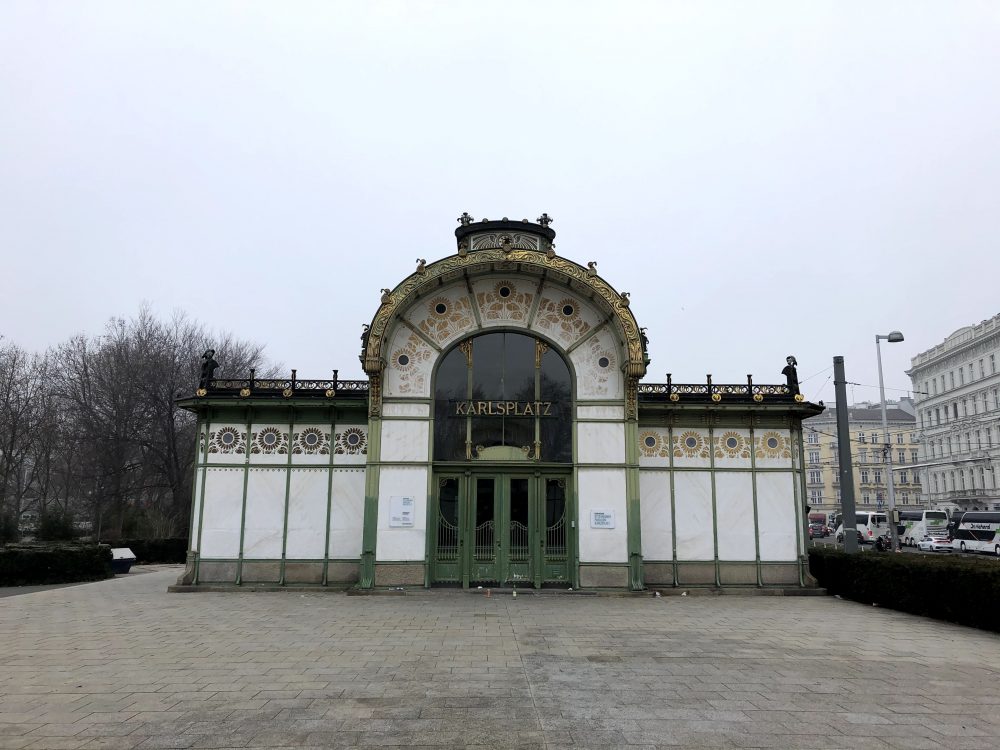 The Karlsplatz Stadtbahn Station is situated above ground and not at all an actual public transportation stop. Located on the edge of the Karlskirche park and operates as both an extension of the Vienna Museum and a Cafe. An incredibly beautiful example of Jugendstil architecture it is impossible to walk past the station without taking notice of it, despite the fact that it is surrounded by stunning architecture and of course St. Charles Church which puts to shame most buildings. However the two tiny defunct stations stopped me in my tracks to take an inordinate amount of pictures and then spend a good amount of time researching exactly where they came from. 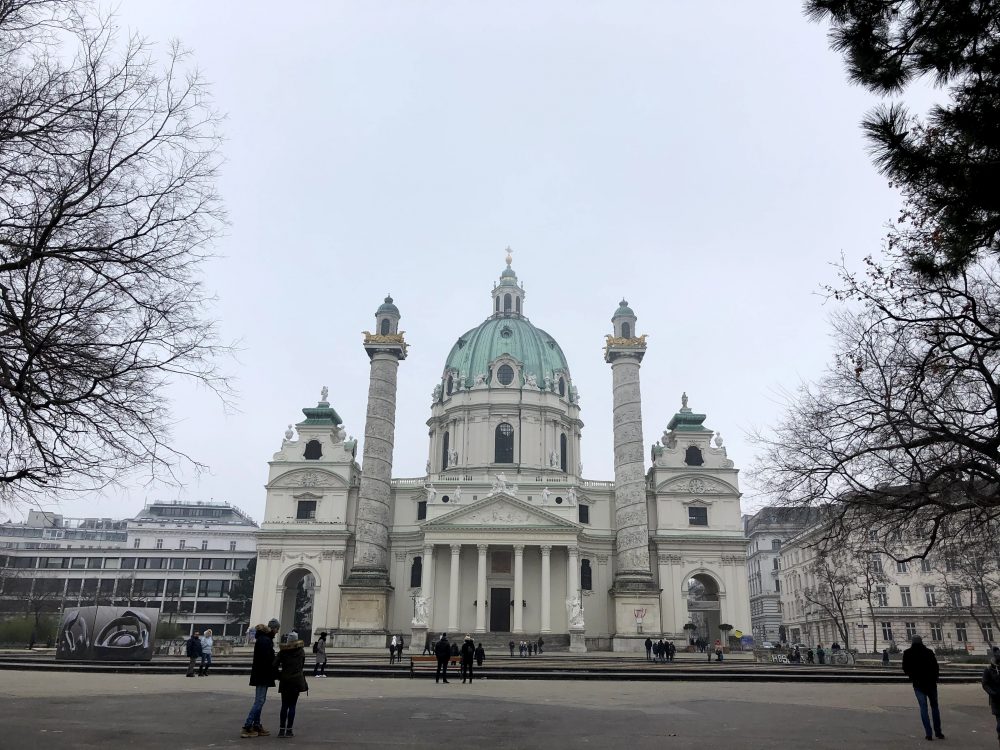 In the late 1800s the industrialized world was swept up in the Art Nouveau movement which appealed to individuals looking to bring more earthy lines and nature to a stark industrialized cities. The movement spread throughout Europe as artists took inspiration from one another. In 1897 Gustav Klimt started the Vienna Secession, a group of artists who set forth to bring a more international artists ideas into Austria in an attempt to dispute artistic nationalism which the local art school the Vienna Academy of Arts was so fond of. And many artists were getting tired of or feeling rejected by the more traditional artistic ideas of the time. In German speaking countries Art Nouveau movement was known as Jugendstil and through the work of the Vienna Secession and the company of artists who help positions of the group some of Vienna’s greatest buildings were imagined and brought to life. 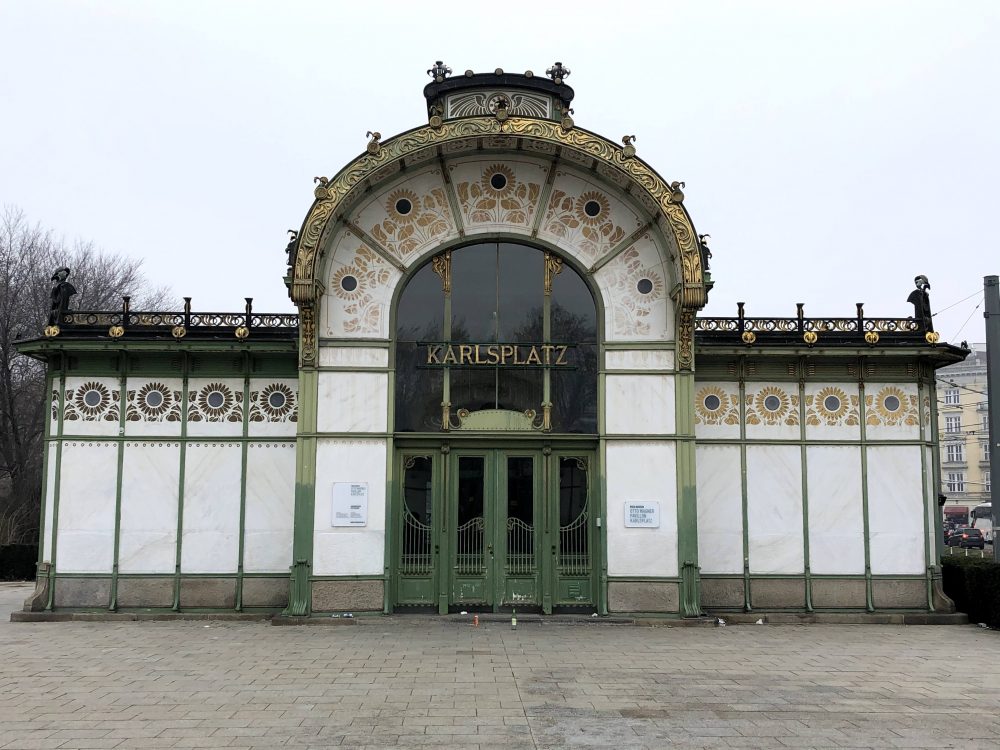 One of the founding members of this group was Otto Wagner, an architect and city planner. Wagner at the time was known as an architect but had increasingly become interested in urban planning in the 1890s. At the same time the city government of Vienna had decided to start expanding the public transit system as the city had grown so much during the industrial boom. Wagner had been given the post of artistic counselor for various city projects related to public transit and in 1894 he hired several designers and artists to help with the public transit project. 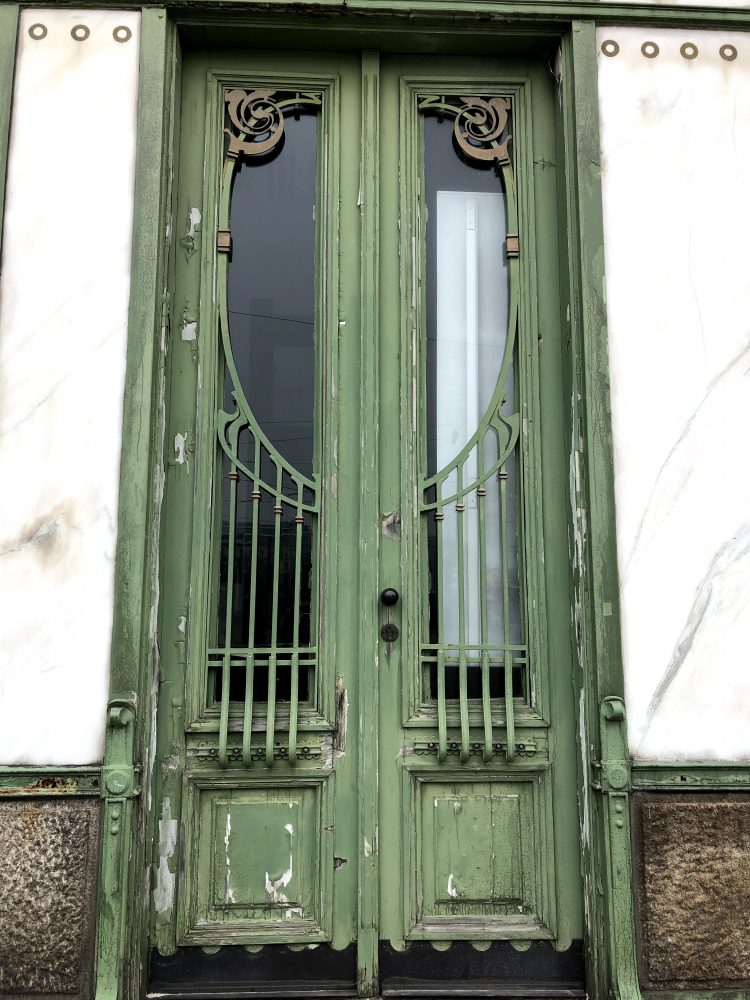 The city gave the committee the guidelines of “… should be covered in white plaster, for uniformity, and that the style should be Renaissance, also for uniformity” and within those boundaries the Akademiestraße station was designed and opened in 1899. The station originally had two separate buildings and pavilions to account for the flow of traffic in either direction. 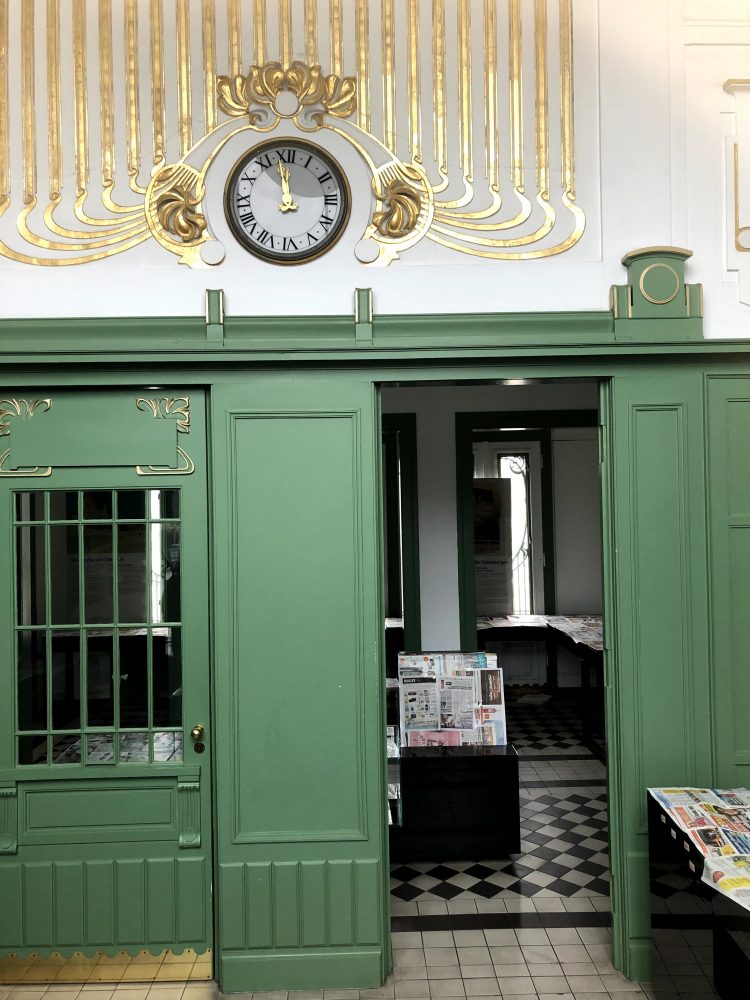 In 1981 the The Karlsplatz Stadtbahn Station  was converted to U-Bahn and the original station was set to be demolished. However extreme public outcry forced the city to disassemble, complete the underground constructions of the U-Bahn lines and then reassemble the two buildings to create the now extension of the art museum and cafe above the large underground station. The station is now the largest U-Bahn station in the city, allowing three separate train lines to connect through and covers several city blocks under the streets. 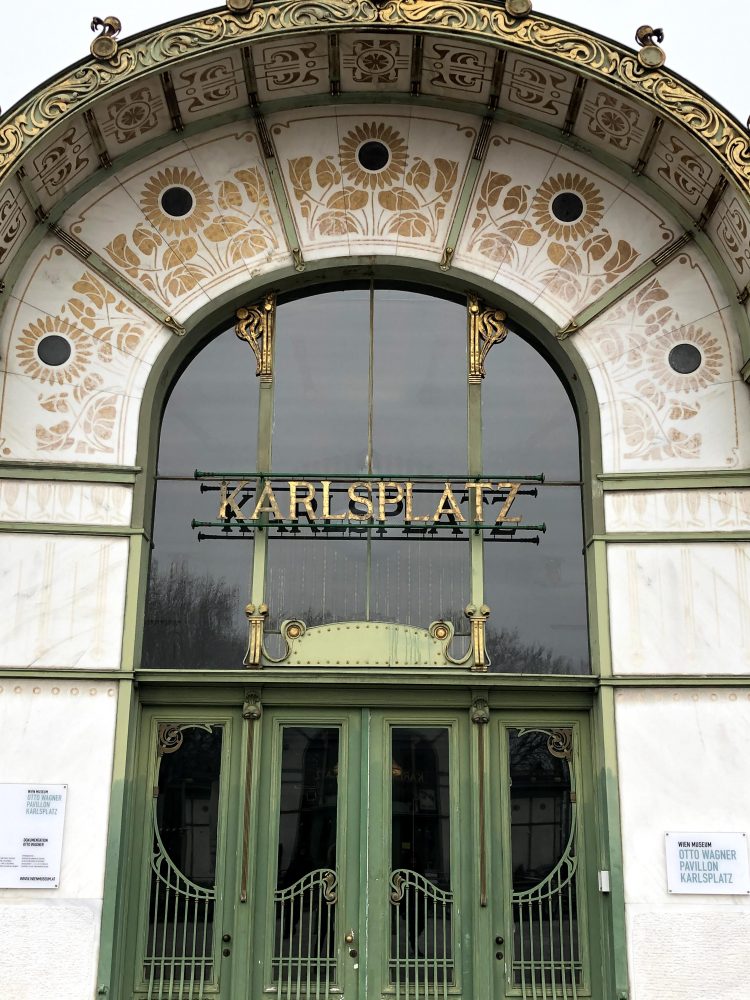 I was of course completely obsessed with The Karlsplatz Stadtbahn Station given the intricate design and details on both buildings. But unfortunately for us the holidays had both buildings closed so all we could do was peek inside the windows and try to take pictures. So after looking like crazy people the public I am sure on what was clearly the coldest day of the year so far, we eked out all the entertainment we could from staring at the two closed buildings of The Karlsplatz Stadtbahn Station and made our way back to our apartment to pack for our early departure the next morning.