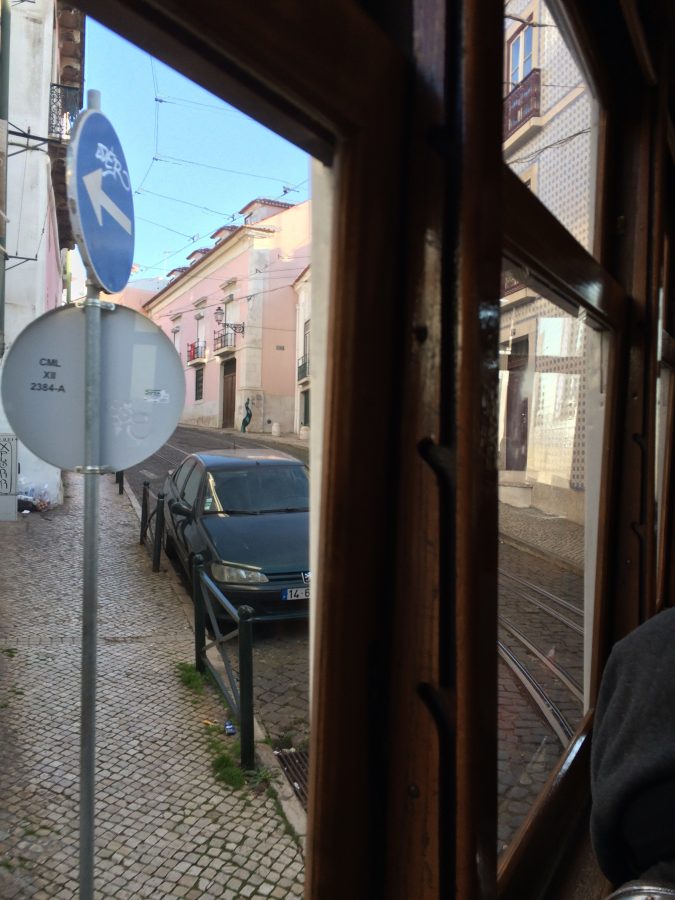 Tram 28 is the longest public transit route in Lisbon. Starting in the Baixa district, making it’s way up into the Alfama, back down through Baixa and over through Estela. The cable cars that consist of the Tram 28 route are the original 1930 Remodelado cars complete with polished wooden benches, dials, doors and windows. Everyone likes to reassure tourists that the breaks have been updated since the 1930s, though the joke is that they are a bit too good, stopping can be quite jarring. 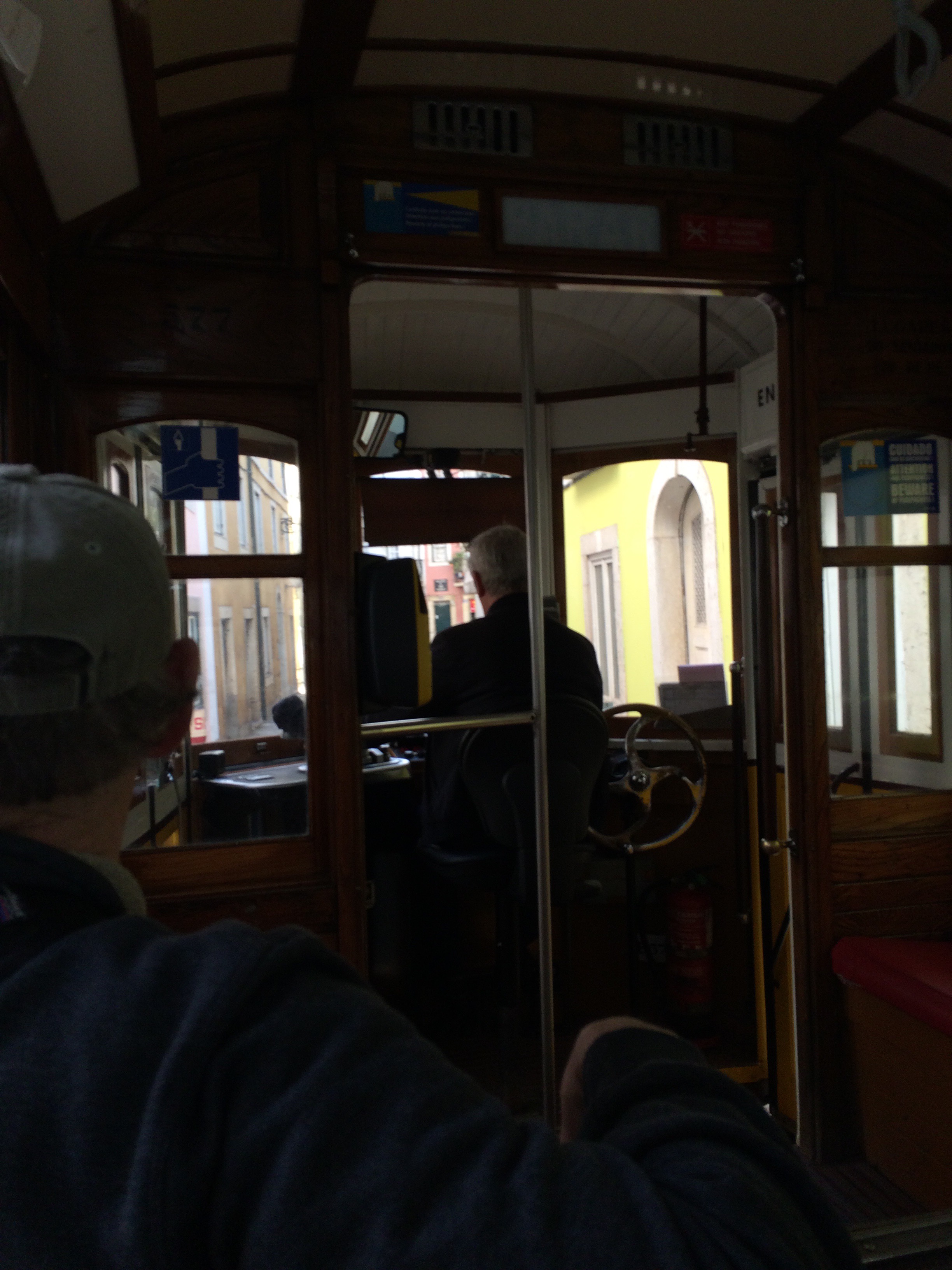 We took some advice from the rental office of our apartment and went to search for the starting stop of the tram line but it wasn’t where we were directed to go. This could be the fault of our inability to follow directions though. So we popped on a stop in the middle of the Baixa at about 7am and made our way up the front of the Alfama district. 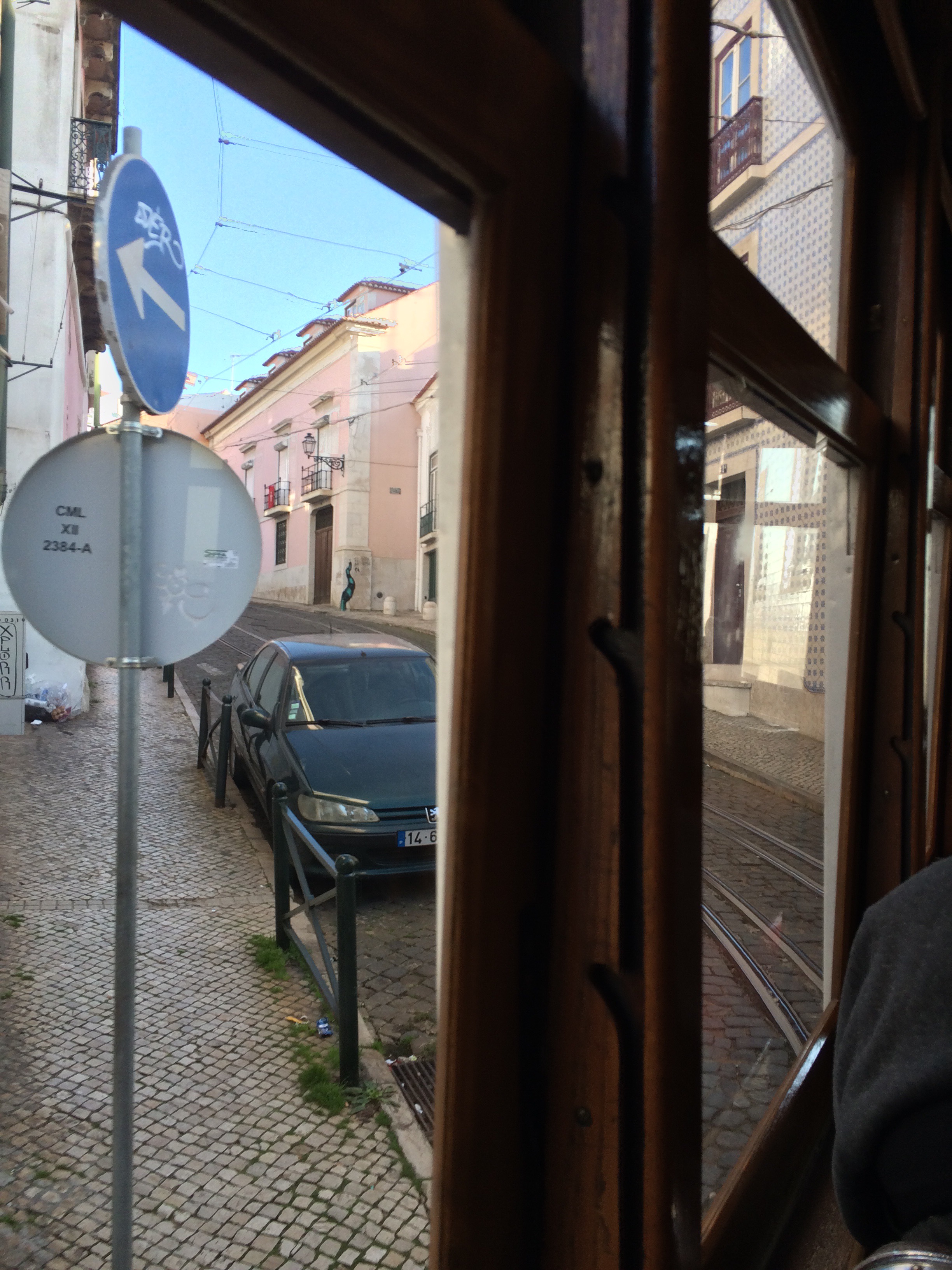 The tram winds up through the ancient and narrow streets toward the castle, eastward into a slightly more suburban looking part of town then down the back side of the hill and back into the Baixa. At this point we didn’t actually know what was happening…everyone got off but it was the middle of a square and we thought everyone had just gotten off to go to work. We saw another tram up ahead with a huge line waiting to get into it and scoffed that the poor people that didn’t have the good sense to get on earlier. Then we got kicked off because evidently we were at the end of the line. Whoops. 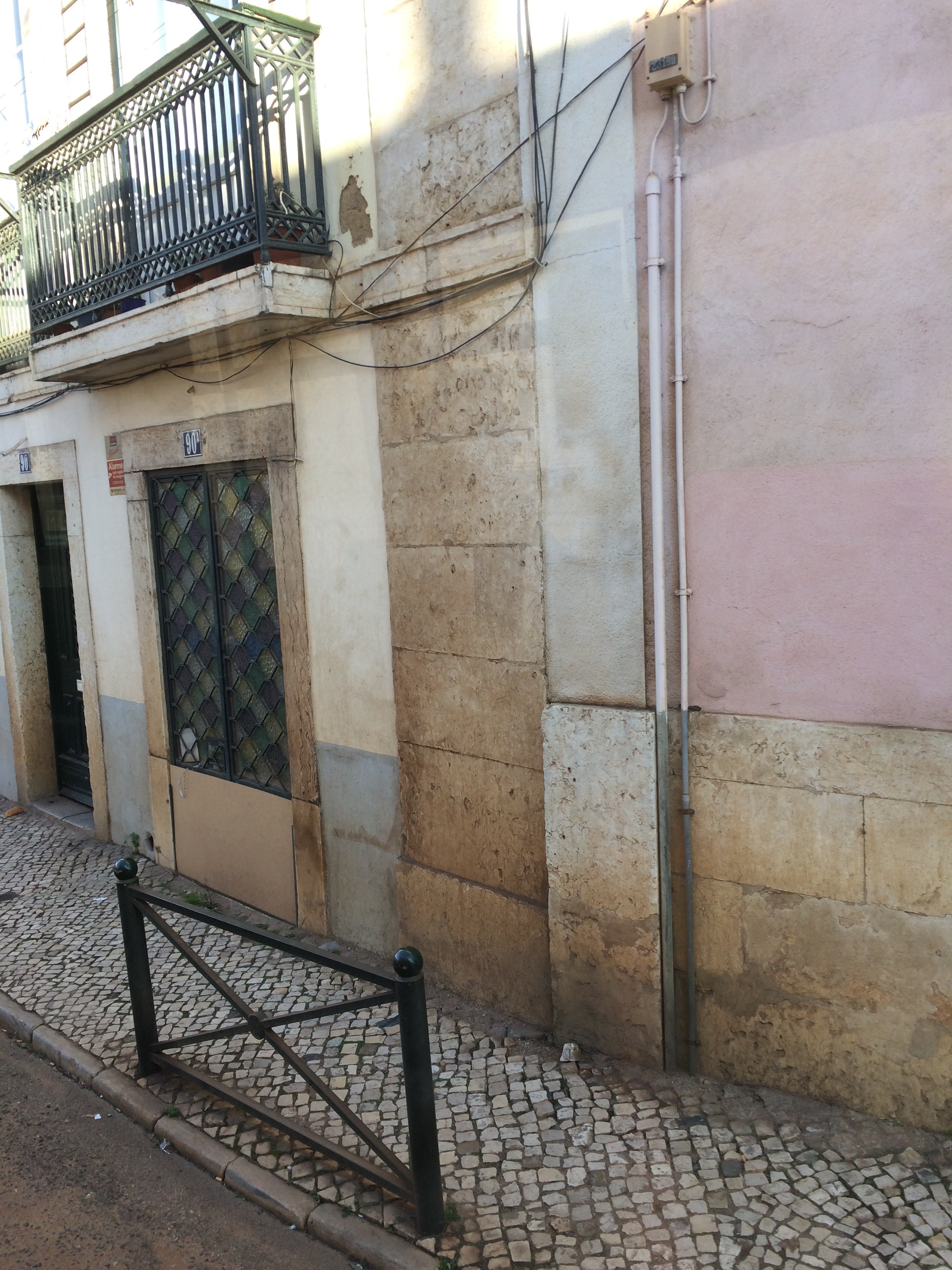 So we very sulkily got off the tram dashed across the street to the other stop and waited in line to get on the Tram at the start of the line and we promptly got back on the same Tram we had just gotten booted off. It was all very silly. To avoid this confusion and embarrassment and a wasted Tram ticket, go to the actual start of the line at R. Sra. Saúde 6B, 1100-390 Lisboa, Portugal and try to get there as early as possible. You will see why later. 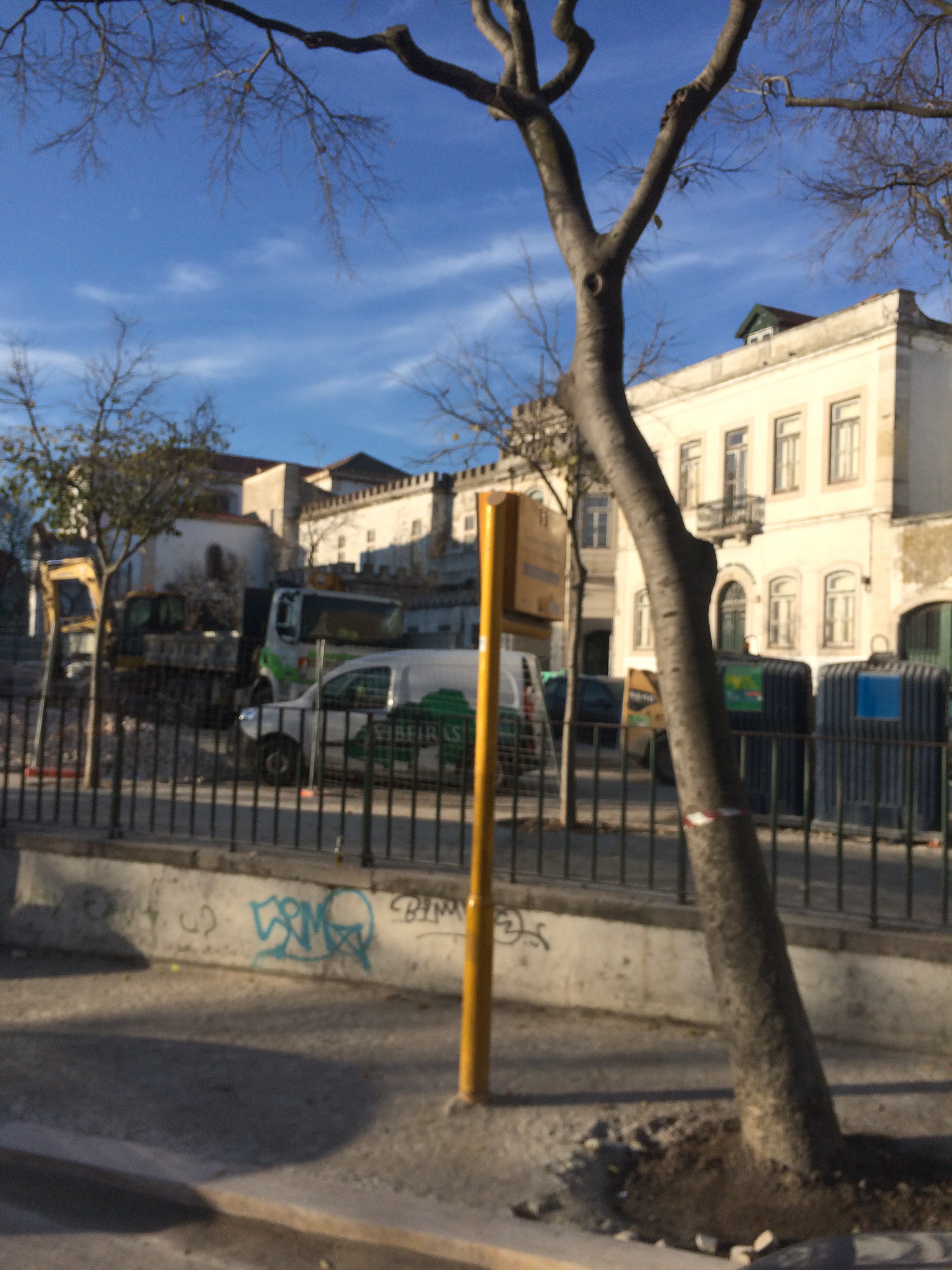 We enjoyed seeing the city from the new point of view, getting to see parts of town we had missed because we were always on foot and getting to watch people go about their daily lives is always something I thoroughly enjoy. 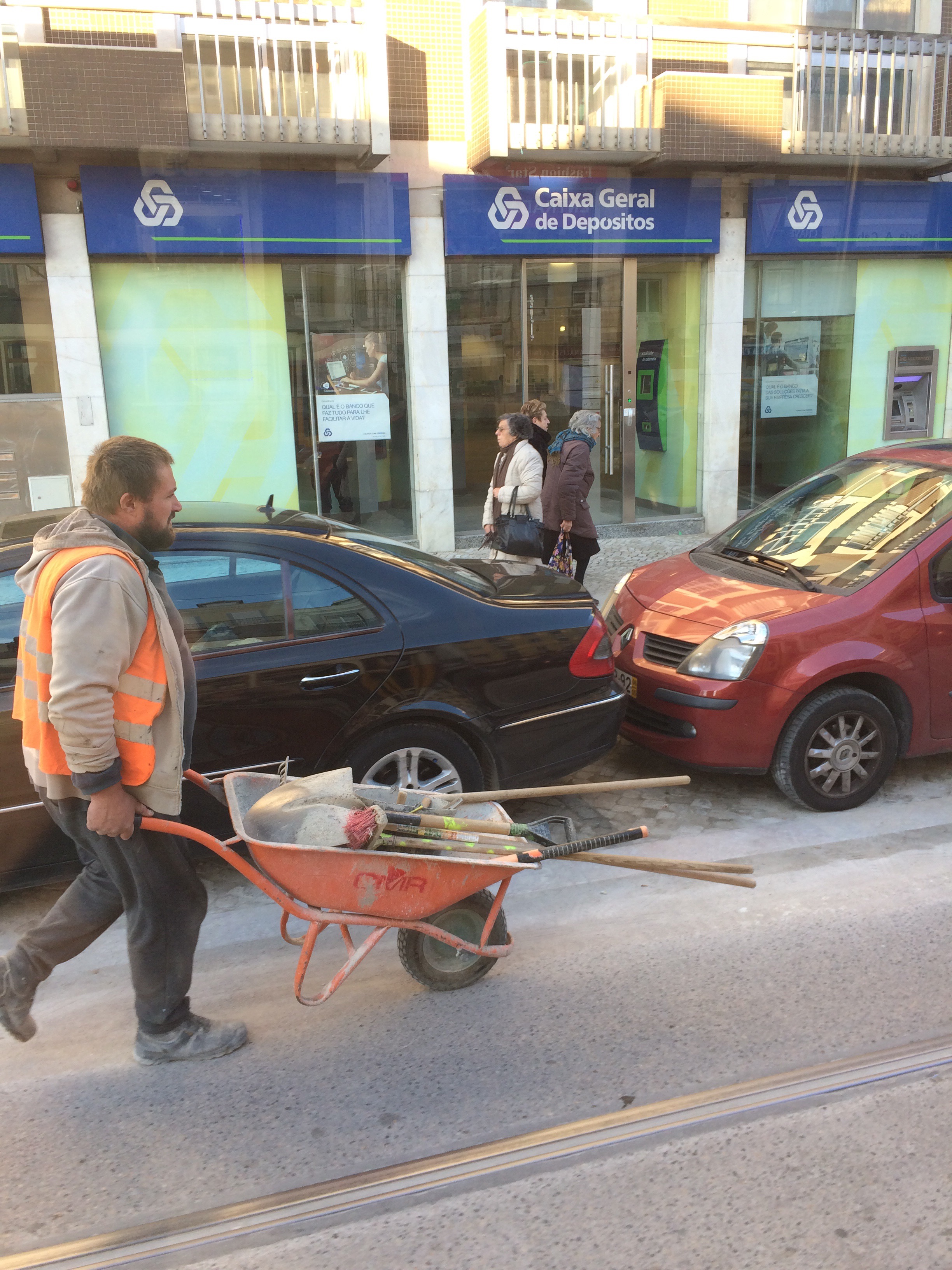 There is a lot of ongoing construction in Lisbon, this guy was just walking his work tools to work in the middle of the street. The mix of new and old is lovely and as always makes me dream of getting the chance to save an old crumbling building by brining it back to life. 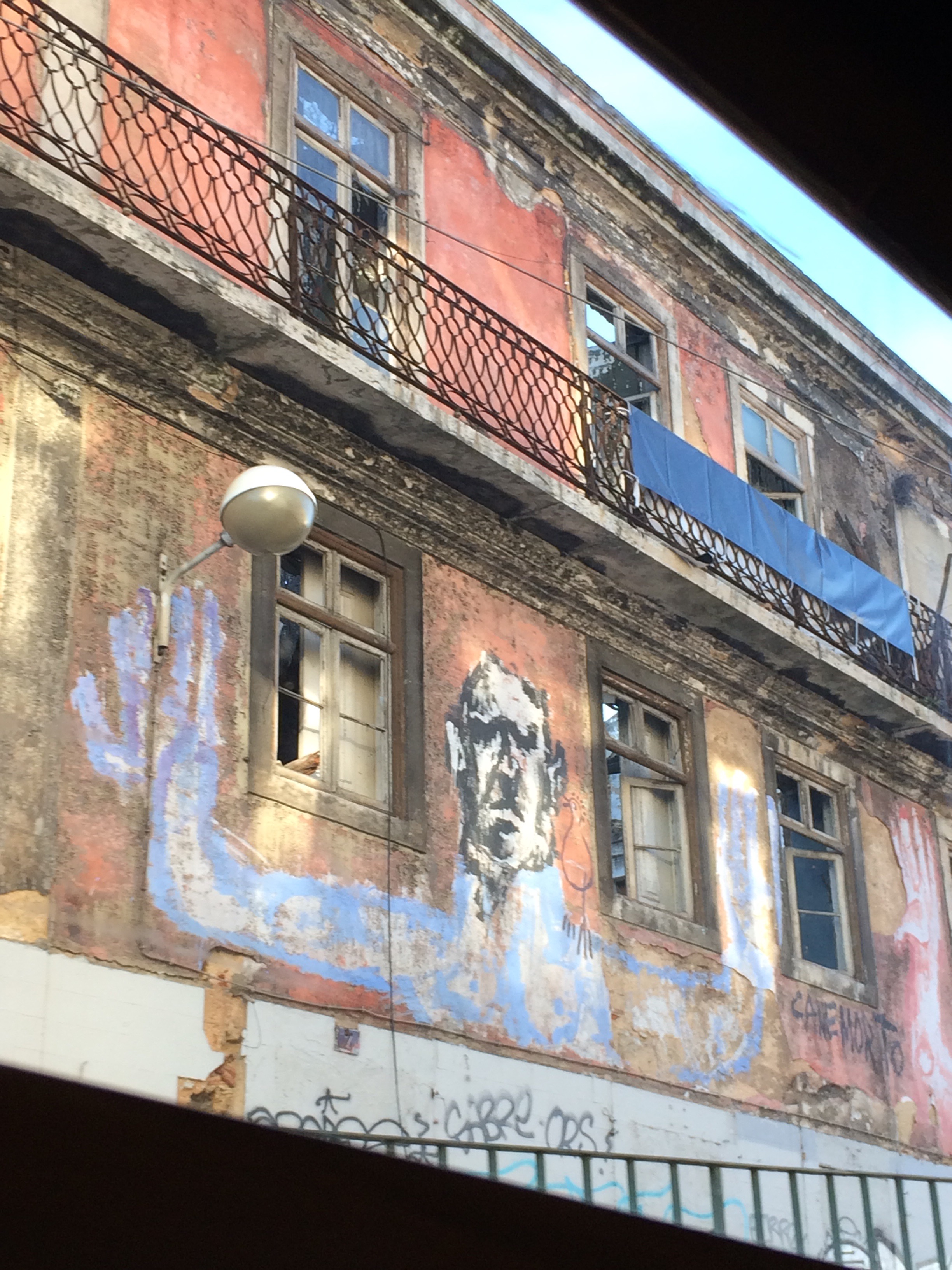 These two building were right next to one another, one a crumbling shell of a building, only a façade left standing. If you look carefully you can see daylight through the windows as the building had no roof. Then directly next to it, this beautifully restored multi purpose apartment and shop building. 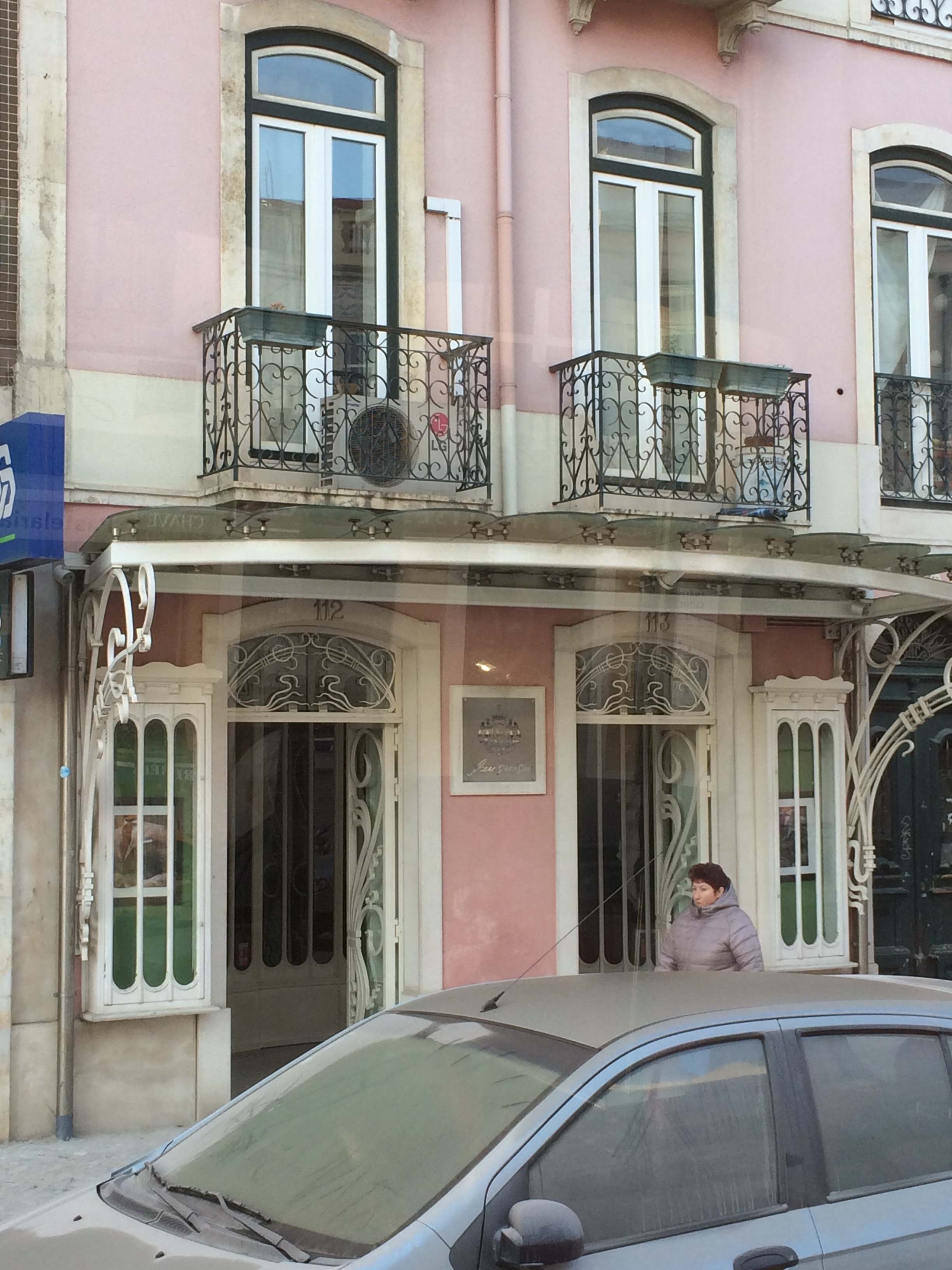 I am sure the Tram 28 cars are still operational for aesthetic reasons in part, as it does draw a good number of tourists to the area. However part of the reason why they are still operational is because modern day train cars cannot pass through the narrow streets. During most of the route the car swung through curves and around corners with only an inch or two to spare which at first startled me a bit but toward the end I felt a bit like I was on a ride. Or at least I did until we met a tour bus that clearly didn’t realize it wouldn’t fit up the street, and we came to such a quick stop I think I may have bruised a rib or two. The tram and the bus stood at a stand still for a good while, the bus eventually had to try to maneuver around the corner and past the tram on the VERY narrow street, I think the side mirrors touched. And as it passed I could see the look of sheer terror on the bus passengers faces. It all ended well and safely but what an adventure.
We chose to get off at the Baixa again as the tram was starting to get crowded and we didn’t have enough rides on our bus tickets to get back. Tickets again are bought at newspaper/lottery stands which bear the sign “Jogos Santa Casa” they are hard to miss and can be found on more than one street in the Baixa. We spent an hour or so after that eating gelato and watching the tram go by, it didn’t take long for the tourist crowds to take over and pack the tram to an uncomfortable level. 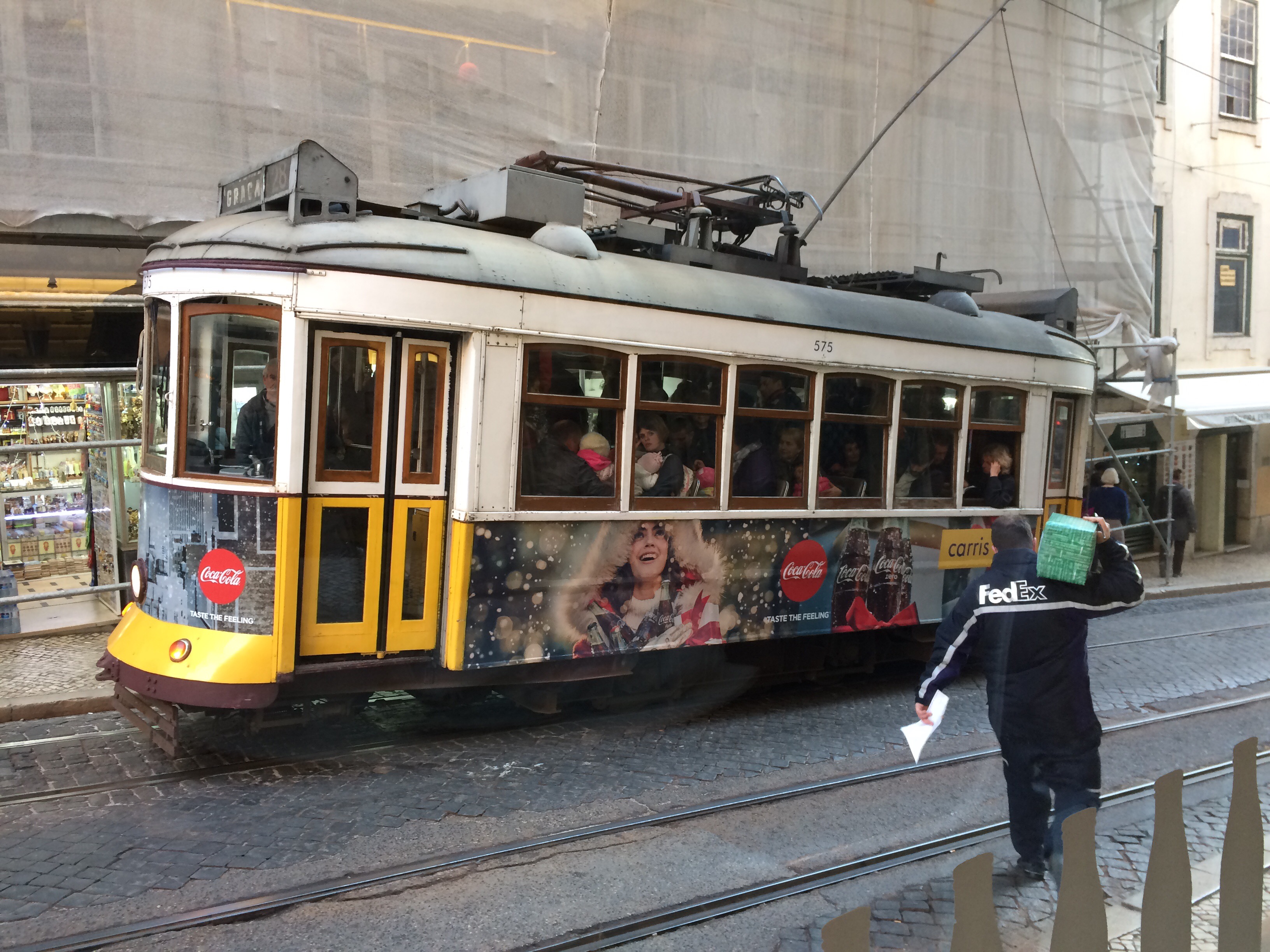 Close up, LOOK AT ALL THOSE PEOPLE! Needless to say, go early and go to the origination stop so that you can get a seat next to the window to fully enjoy the ride. 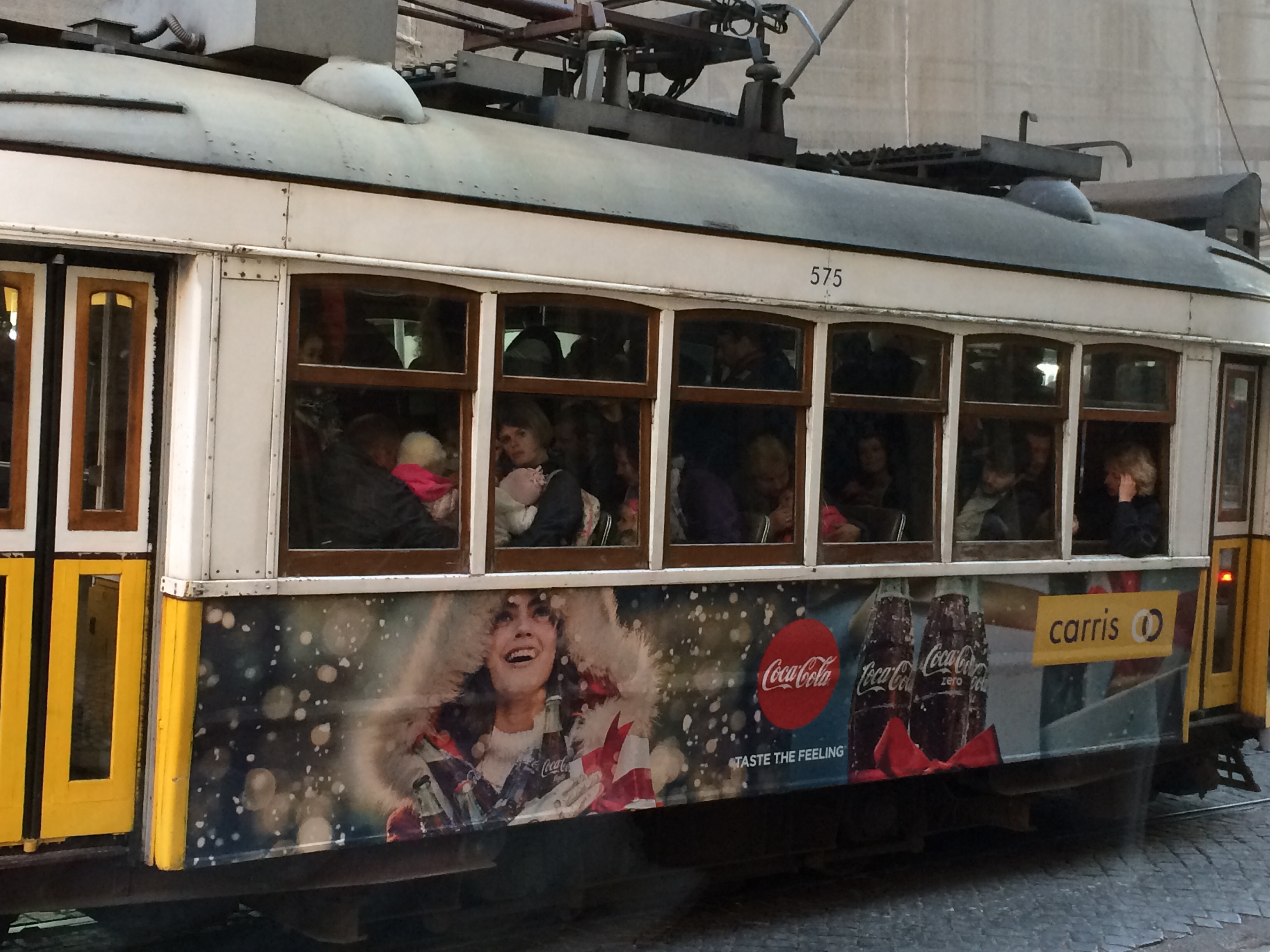