Oddly since I have moved out of the city and closer to the mountains I am now further away from hiking trails. A situation I did not see coming when my husband and I were looking to leave the city. Turns out for hiking we moved in the wrong direction, again oddly since we are situated up against the Costal Mountain Range now.
Between prepping for my hiking trip in Ireland, getting a puppy and just generally wanting to be outdoors more and more I have been on a desperate search for trails. The one I have found so far is a trail on the property of the Trappist Abbey just outside Carlton, Oregon. 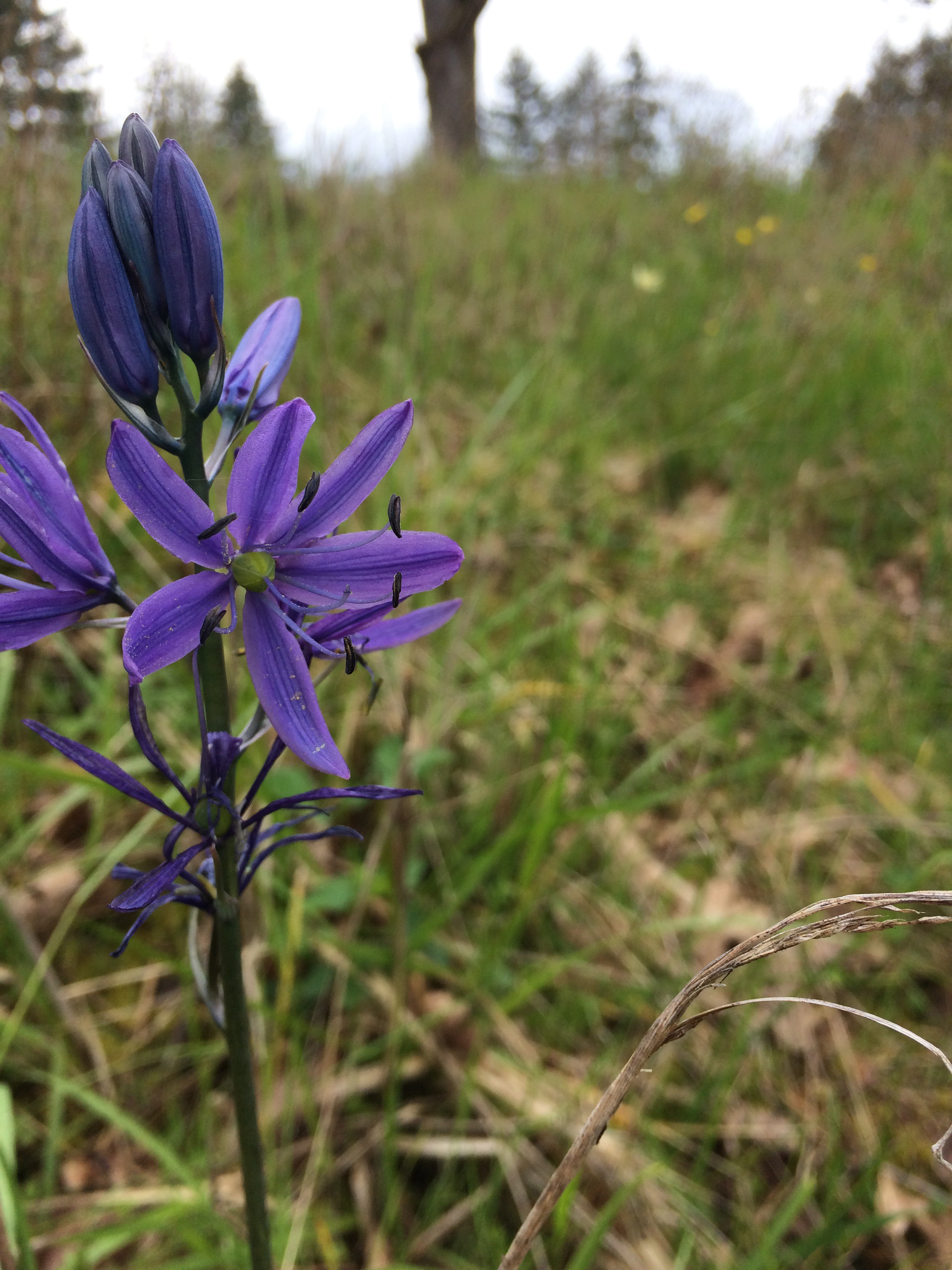 The abbey sits among some of the more beautiful bits of the Yamhill Valley wine growers region. The trail itself winds up past the monastery into the hills, leaving the lower trees which makes way for a section of oak dotted farm land and then back up into the heavily wooded areas of the end of the trail.
The hike is free, but they do ask you to be as quiet as possible when walking past the buildings as most of the monks that live on property have taken a vow of silence. My main mistake on this hike was thinking that it would be dry. It hadn’t been raining for a couple weeks but I should have known with the amount of water we got this year the ground water wasn’t drying up anytime soon.
It was muddy, really really muddy. It was also mid poison oak bloom. So the entire hike was mostly me trying to keep a very excited 40lbs puppy from taking off into the giant fields of poison oak while having a poor footing on a three inch deep mud trial.
Poor planning. 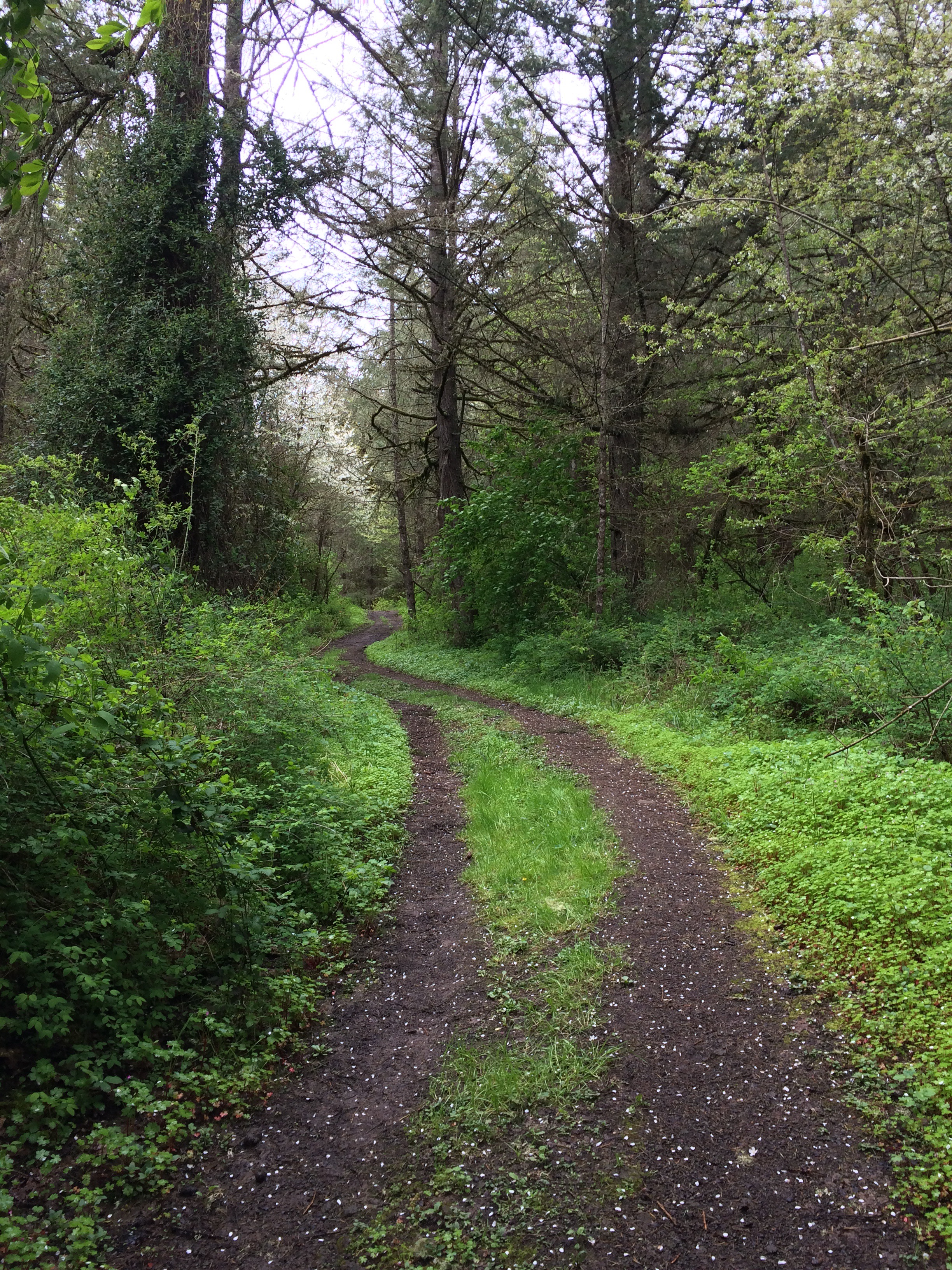 We traversed the mud as far as possible but when the choice was ankle deep mud or shrubs I chose to turn around. From what I can tell though the trail goes quite a bit further than we managed and I plan to go back as soon as my new boots are properly broken in. 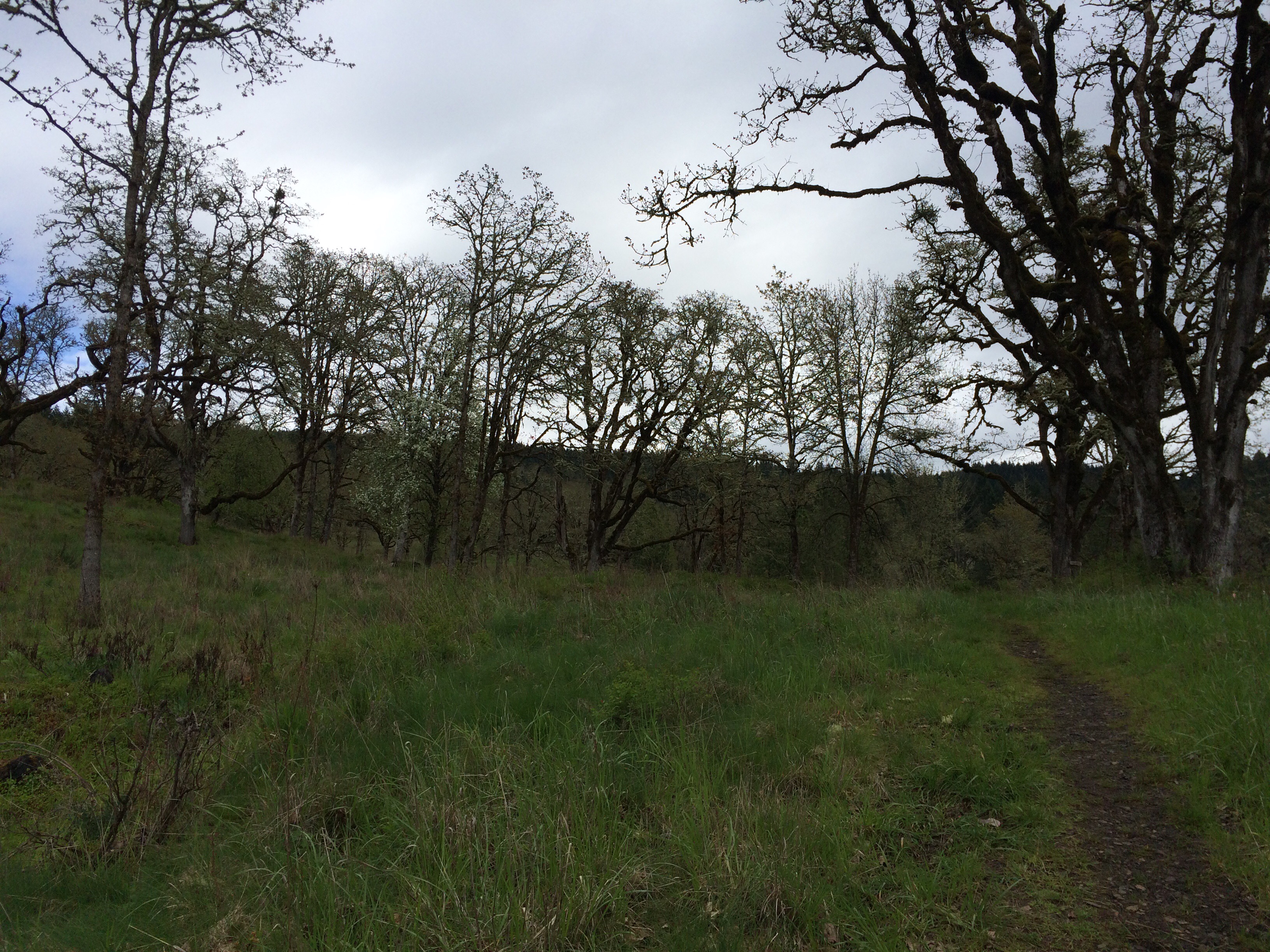 I would highly suggest the trail for anyone but in particular someone looking for some stillness. It is dead quiet on the trail partly because of the location and party because of the rules they ask you to follow when on the trail.
When visiting the abbey please be respectful of their rules. They are kind enough to offer the trail up the public but don’t have to do so as it does inevitably cause disruption to their monastic life. You will likely pass a monk or two on the trail, but as many have take a vow of silence remember to be respectful and don’t be offended if they don’t engage in conversation with you. Dogs are allowed but should be leashed the whole time, and as always pick up after them! They also ask you to not bring any electronics with you, which I didn’t realize until after I left. This includes cameras, clearly I managed to break that rule. Whoops! Now I know, next time I will comply.