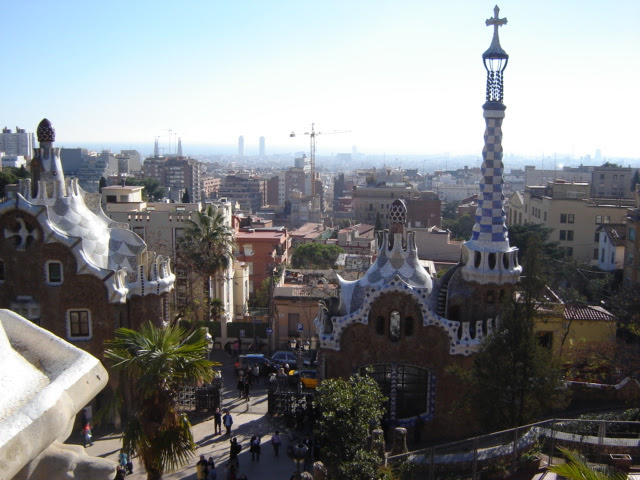 Barcelona, what can one possibly say about Barcelona and do it any sort of justice. The city is a city apart in Spain, the capital seat of the region of Catalonia which if you have ever met a Catalan, they will tell you they are not Spanish nor a part of Spain. Here are some of my favorite books, movies and foods to help you get the flavor of the gorgeous city so that you can travel at home to Barcelona.

The city is quite old, not much is know of the early settlements but according to legends in the 3rd century BC a settlement in the area was named Barcino by Hannibal’s father Hamilcar Barca. If you aren’t looking for legends but known facts, in 15BC Roman troops created a camp in the area which was later conquered by the Visigoths in the early 8th century. The are was then united with all of Spain when Ferdinand of Aragon and Isabelle Castile married creating the boundaries of what we know as Spain today (mostly).

They are known perhaps best for the Spanish Inquisition, it was politically a move consolidate power under the new monarchs and all the people as Roman Catholics. It effectively drove out the Islamic Moors who had long lived in the southern parts of the country. Though largely what we hear of the Spanish Inquisition is actually rhetoric from the French and an overstatement of brutality. Don’t get me wrong I have no doubt it was a terrible thing to live though, but the French certainly had their reasons to exaggerate.

They are also known for their particularly bloody civil war, their fascist dictator Francisco Franco. Their alleged neutrality during WWII but historians still debate which side they helped more. But of course Spain and specifically Barcelona is probably best known for Antoni Gaudi whose architecture is ever present in the ancient city.

My trip to Barcelona actually started with a book. I don’t know how my step-dad wound up with the book. But he read The Shadow of the Wind by Carlos Ruiz-Zafon, and then my mom did and then I did. And before I knew it we were planning our first international family Christmas trip to Barcelona Spain. When we read the Shadow of the Wind it was one book, many years later it is now four total books which make of The Cemetery of Forgotten Books series. The books focus mostly around the early 20th century.

If you are looking for fiction that takes place closer to the unification of Spain then The Queen’s Vow by C.W Gortner is quite good. I have never been a big fan of Hemingway but I always did love For Whom The Bell Tolls, it is a terribly depressing novel but if you are interested in the era around the Spanish Civil War it would be a good read. And if you are looking for something a little more on the medieval side of things Cathedral of the Sea is a really incredible book.

If you are looking for nonfiction, Barcelona: A Thousand Years of the City’s Past provides a really thorough explanation of the conflict between Catalonia and the rest of Spain. For a personal and detailed account of the Spanish Civil War you could pick up George Orwell’s book Homage to Catalonia which is his personal experiences fighting against Franco’s Fascists. Or of a similar name Homage to Barcelona which details the personal account of author Colm Toibin’s life living there.

If you are more of a movie watcher than a reader then I would first and foremost recommend Viki Christina Barcelona. I know that Woody Allen isn’t for everyone but the movie actually does a really nice job of making you feel like you are in Barcelona, with gorgeous street scenes, it is a very slow paced romance/comedy but not a romantic comedy you will see why when you watch it. Todo Sobre Mi Madre by Pedro Almodovar starts in Madrid but very shortly moves on to Barcelona where you get the joys seeing the true spirit of the city.

Land and Freedom directed by Ken Loach is actually an homage to the previously mentioned Orwell book, while you don’t get a lot of Barcelona scenery in the movie, you do get a very visceral idea of what the Spanish Civil War was like to live through.

Movies you don’t expect to have been filmed in Barcelona, would be titles such as The Machinist, Perfume, The Gunman, Grand Piano and perhaps the most surprising Beyond Re-Animator the third in the Re-Animator horror trilogy.

To complete the at home travel experience try adding in some Catalan dishes to your kitchen. Tapas are an easy commitment free way to try new dishes, small and usually made from only a few ingredients you will get all the flavors and none of the fuss. For a great at home Tapas recipe book a local Portland restaurant called Toro Bravo put together this gem a few years also. You could go simple with a bottle of Tempranillo and some Imberico Ham and Manchego cheese for a snack. Or if you are feeling something sweet Churros and Chocolate are always a favorite with my family.

Whether you are looking for travel inspiration or looking for a way to experience another culture without leaving your home I hope this post finds you well. And perhaps this winter you will be able to travel at home to Barcelona even if its just for one meal or one book.