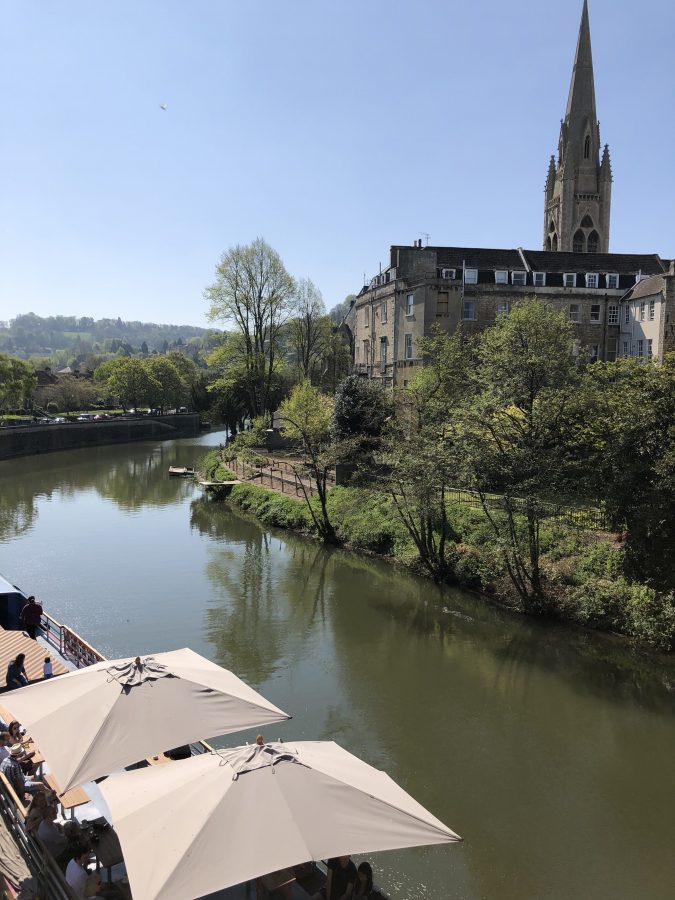 This week let us travel at home to Bath England. In general I try to stay away from discussing world events or other hot topics. I am by no means an expert and feel it best to not add another voice to the crowd.  I also never want to see like I am exploiting the situation to gain followers. But as I am facing the reality of  having to cancel an upcoming trip due to travel bans and many of us are looking at or in the middle of mandatory quarantines I figured it might be a good time to move a few blog posts around. We may all be dreaming of leaving our homes, but making plans to do so aren’t exactly top of the list. I have rounded up some of my favorite books, movies and recipes to help make your time at home a little more magical, enjoy! 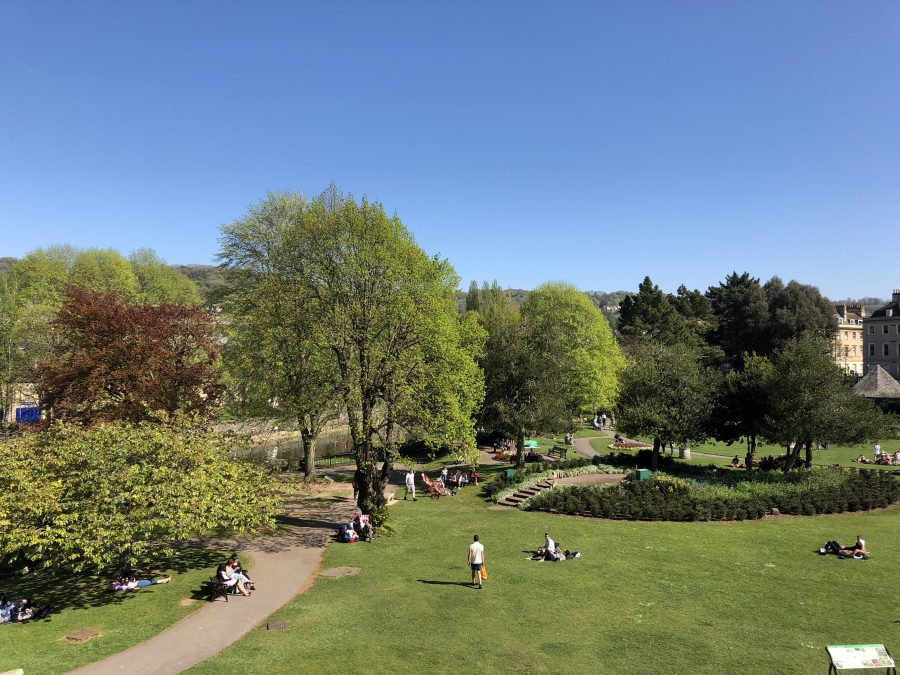 There is evidence that the area of Bath saw human activity as early as the Mesolithic period, there is evidence that the current Roman Bath’s main spring was treated as a holy site by early Britons prior to Roman Occupation. A temple was constructed about 60-70AD but the main complex wasn’t completed until 300 or so year later. And further excavation in 2012 revealed that the original town wall was likely built by the Romans in the third century. Over the years that was quite a bit of turnover between waring kingdoms and a variety of invading peoples. Both Bath Abbey and the baths themselves have seen several rebuilds over the very long history of the town. The town you see today was mostly expanded during the Stuart and Georgian periods which is mainly responsible for the creamy yellow limestone façade that nearly the entire town is built with. The rock is quarried in the area mostly from the Combe Down and Bathampton Down Mines which was contracted by John Wood the Elder and his son when they began building in the area. The area had been originally designated as a royal borough and as such house many members of the English Aristocracy throughout history, many coming to the are to take the baths to heal. Additionally Bath has been home a large volume of creatives over the years authors such as Jane Austen, Mary Shelly and Charles Dickens all took to the area to find creativity and quite from the busy city life. 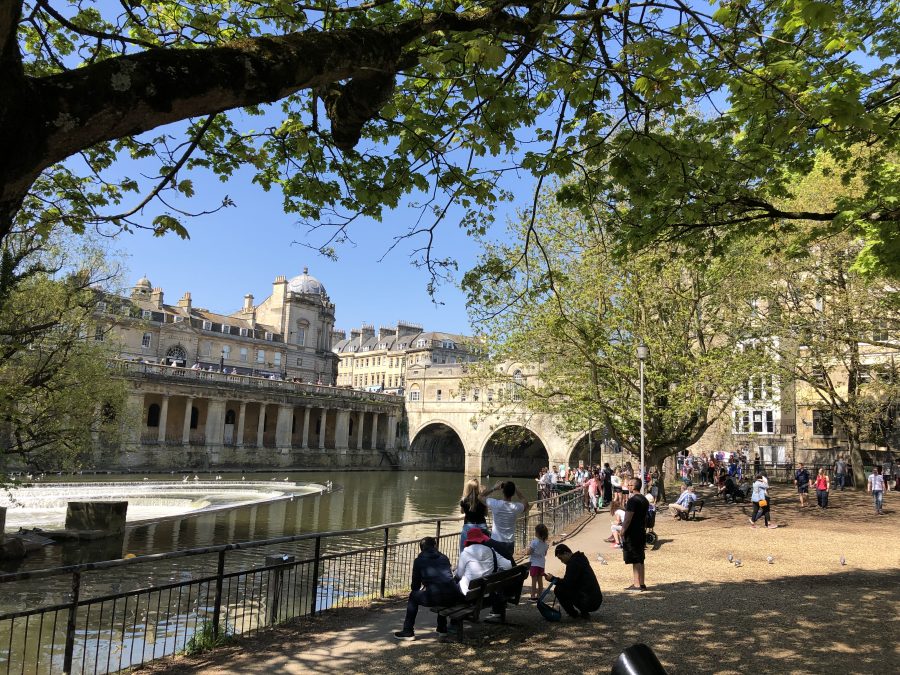 Two of Jane Austen’s book take place in Bath, both Persuasion and  Northanger Abbey are great books to read if you are looking to transport yourself to this lovely little town. Additionally Bath makes an appearance in Daniel Defoe’s Moll Flanders. If you are looking for something a bit more on the nonfiction side there is a large volume of books specifically around the baths themselves and the architecture of the area. Bath by Kirsten Elliot and Bath: An Architectural Guide by Thom Gorst both provide great background to better understand the atmosphere of the area. Where as books like Roman Bath Discovered by Barry W. Cunliffy and The Waters of the Gap: The Mythology of Aquae Sulis by R.J. Stewart provide in-depth information on the baths themselves. Or if you are looking for a more sweeping that covers both history and entertaining stories I would pick up Sarum by Edward Rutherford the book focuses mainly on the area just south of Bath in Salisbury but he does touch on Bath and the history of the area covered is quite expansive.

Want to see what Bath England looks like for yourself, and have about 15 hours to kill? Scenes from the Harry Potter series were filmed in and around Bath, I am not quite sure which movies and which scenes but they are such fun movies you may as well just watch them all again. If kids movies aren’t your ideal form of entertainment period dramas are very commonly filmed in Bath due to the architecture of the area so look no further than Vanity Fair, The Duchess, Northanger Abbey, The Remains of the Day, Poldark, The Other Boleyn Girl, Sense and Sensibility among others to get a glimpse of the spa town that was once so popular with royalty. 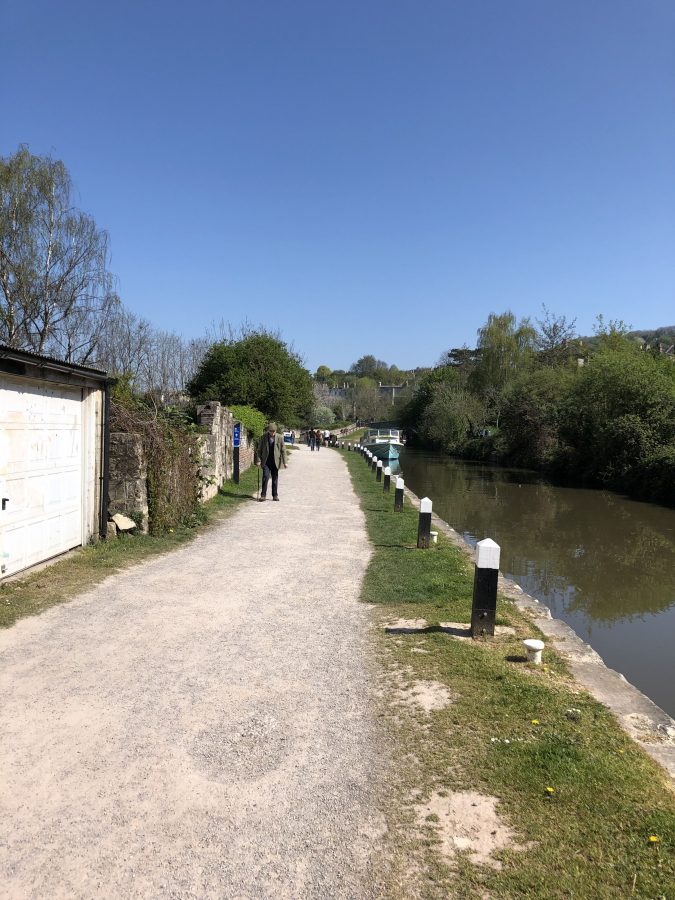 Bath is known for a variety of foods, some no longer eaten as much (like Bath Chaps), but others such as Bath Buns which are a sweet bun covered in sugar crystals and currents are still made and eaten there today. Bath is also known for their soft cheese, these specially would be harder to get in the states due to importing laws, but you could always make a picnic with a variety of soft cheese and pretend. My personal favorites while in bath were the Fish and Chips, the meat pies and of course their tea service.

I hope these resources help you feel more connected with at least one other place in the world and enjoy the opportunity to travel at home to Bath England even if its just for one meal or one book. And one day when this is all over if you are looking to plan a trip to England I have quite a few resources for you here.