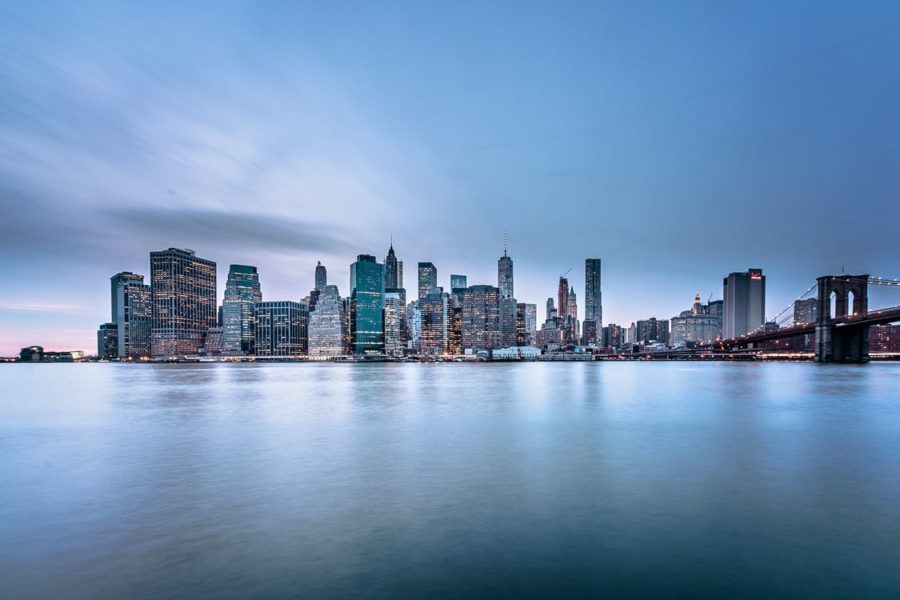 Today we are going to travel at home to New York City. I don’t know about you but the call to travel gets greater as our travel restrictions continue for longer. I have been wanting to go back to New York for a while, the last time I went there I couldn’t drive and digital cameras hadn’t been invited yet. As such all the photographs in this blog post have been borrowed but links to each source is provided as well as credit given to the appropriate photographer.

Finding books set in New York City is relatively easy, I am currently reading the Timothy Wilde series by Lyndsay Faye if you are all interested in early New York, murder mysteries and politics this is a great series to dig into. The Alienist series by Caleb Carr I have heard is very good but I haven’t gotten to them yet. Edward Rutherfords New York is a fabulous historical fiction on the place, the characters are mostly fictional but his ability to weave fiction in a way that really teaches the history of a place is unmatched. And Rules of Civility by Amor Towels is one of my all time favorite books. You could always stick to the classics like A Tree Grows in Brooklyn, Catcher in the Rye, The Great Gatsby, The Age of Innocence, The Bell Jar, Bonfire of the Vanities, Forever, The Thin Man, This Side of Paradise,

Some perhaps lesser known but quite fun reads are The Chaperone by Laura Moriarty, A Well Behaved Woman by Theresa Ann Fowler, the Bright Young Things series if you are looking for something really light. The Last Days of Night by Graham Moore is a really fascinating story about the patent lawyer who was mixed up in the fight between Edison and Tesla. The Diviners series by Libba Bray is a fun series if you are into young adult fiction, similarly the Luxe series by Anna Godbersen. I also really enjoyed Empire Girls by Suzanne Hayes, The Witches of New York by Ami McKay, as well as The Dollhouse and The Address both by Fiona Davis.

I could keep going but the truth is there are far smarter people out there who spent a lot of time compiling lists that I needn’t repeat. Wikipedia has a list of books that take place in New York based on time period. The New York Public Library has books marked out by neighborhood. The exact genre you are looking for is but an internet search away. But please tell me if you come across any worth reading, I am always looking for new suggestions.

If you are interested in theater there is a Broadway streaming service here, for $8.99 a month you can watch all the shows you want, just add a fancy outfit and you are practically there. If you don’t want to spend money there are also a few free shows linked here.

As for movies filmed in New York City, well I think no other city on earth has been host to more movie sets. New York New York being the first ever film shot on location was of course shot in New York. If creepy movies are your thing Rosemary’s Baby is one of my favorites, but Black Swan and the new Joker movie are also filmed there as well as the Exorcists. For Sci-Fi there is XMen, Captain America, The 5th Element, The Hulk, I Am Legend. Movies like Gangs of New York and Annie Hall are almost exclusively about New York City. And then there are the classics like The Godfather, West Side Story, The Apartment, All About Eve, Read Window, Taxi Driver and Breakfast at Tiffany’s. Or the real classics like Sleepless in Seattle, The Devil Wears Prada, Trading Places, Coming to America, Elf, Fame, and Ghostbusters. The list could go on for a quite a while.

Plenty of TV shows have been filmed in New York as well if you are looking for something a bit more on the binge side of things. Gossip Girl is of course top of the list, say what you want about the show, they actually do a really great job of showing off the city. But shows like 30Rock, Sex and the City, The Marvelous Mrs. Maisel, Boardwalk Empire, Jessica Jones, Ugly Betty and Beauty and The Beast were all filmed on location and all do an excellent job of highlighting the city in their own way. There are of course quite a few more if you are looking for other genre’s or have already seen those.

You can tour quite a few of the more famous New York City sites with this virtual tour. In the intro video you get to ride co-pilot in a helicopter tour around the city. In the other tours offered on the site you can swing the view point around and a virtual tour guide will explain details about the site.Through Google’s Arts and Culture application you can view a number of New York Museums like the MET, The MoMa, The Brooklyn Museum, The Cooper Hewitt National Design Museum, and the Guggenheim.

Additionally  a few museums offer their on virtual tours via their websites, such as The Frick. And others offer access to other collections through interactive online content like The Whitney, The New York Historical Society, The New York Public Library and The New York Transit Museum. Google Arts and Culture also offers virtual tours of the High Line Park, and you can use Google Maps to “walk” around Central Park via the street view functionality.

When I think of New York City and food I think hot dogs, and pizza as well as bagels and lox. Not terribly complicated foods, but they can be difficult to pull off correctly. The hot dogs (in my opinion) have to have sauerkraut and deli mustard and you have to eat it standing up. The pizza has to be huge, flat, cheesy and dripping with grease. And you have to eat it again standing and folded in half like a taco. The bagels and lox is easier, though I haven’t been to New York often enough to be a true bagel coinsure. To my untrained palate an everything bagel, with cream cheese, thin red onions, capers, dill and lox is just about the best thing ever. If you want to follow a true blue New York food blogger Deb from Smitten Kitchen is the absolute best. And of course you cannot experience New York City without drinking the cocktail named after the famous Manhattan club, The Manhattan.

I hope this series of resources can help scratch that travel itch and can carry you through lockdown just a little bit longer. Until next time I hope you enjoyed the travel at home to New York City.