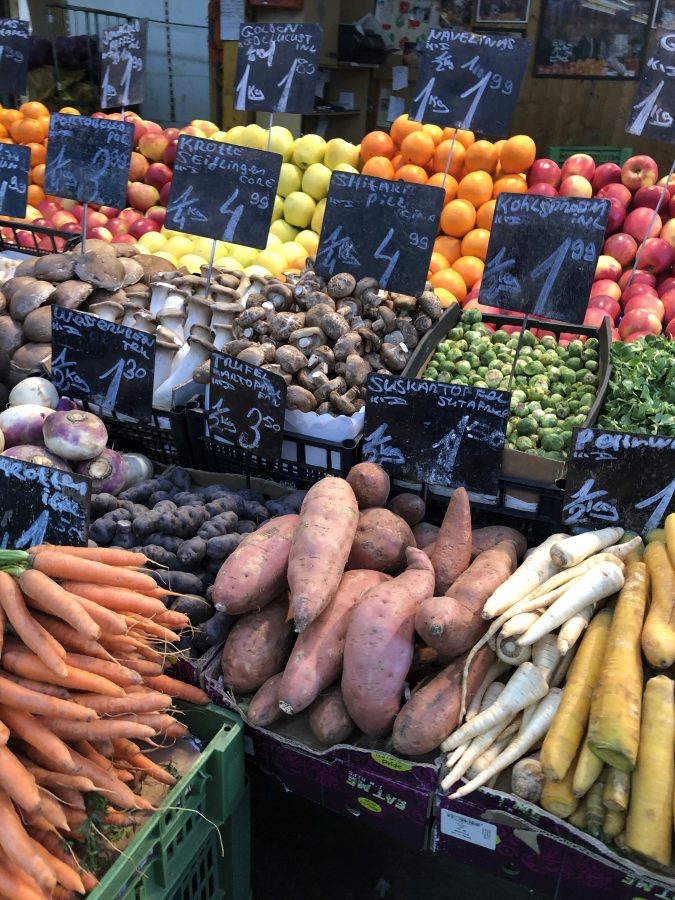 Why Eating Organic Matters – An Intro of Sorts

Why eating organic matters. Its a big question and in starting to write this series I realized what a mine field these topics are going to be. But rather than going on a rant, I am instead going to get right to the point.  Having the financial freedom and education to make the choices that I have might be considered privileged to some people and to others its just common sense. It all comes down to perspective. My intention is share what I have learned over the year so you don’t have to take years of time and research to know what I know.

Switching to buying exclusively to organic foods is probably the easiest switch to make, you look on the box or package or sticker that says “USD Organic” and congratulations you are on your way to getting healthier. The hit to your wallet however is a harder pill to swallow. Switching to entirely organic foods is incredibly expensive. But it’s also an investment in your future and fewer medical bills in said future.

The healthiest option for food procurement is growing your own, and developing relationships with local food producers to know exactly what is happening to your food prior to buying it. But very few people have time for that, so organic is the next best thing. An FDA certification which is provided upon inspection of facilities and processes to ensure food is following certain guidelines is not perfect. Organic foods in the USA are still allowed to use certain pesticides and fungicides. But recently studies have shown that just three weeks of eating all organic foods an individual can reduce the toxic load of pesticides, glycosphate, and petrochemicals by 70%.

Why Eating Organic Matters – The Dirty Truth of Conventional Foods

The number one reason to go organic is glycosphate. Glycosphate is commonly known as Roundup. It is a particularly nasty herbicide which has been deemed as “probable” to causing cancer (according to international cancer research organizations), and likely the cause kidney and liver damage. Recent studies have also shown that it is a likely contributor to nearly all wheat allergies in the US. Other countries do not us nearly as heavily or at all on wheat production, which is why often those which issues digesting wheat can often eat it in other countries.

As recent as June of 2020 the New York Times published an article on a lawsuit against the Bayer Corporation to the tune of 10 billions dollars paid out to non-Hodgkin’s lymphoma cases tied to use of the product. The lawsuit was to “put the issue behind them”, they were sued not for the damages done, but for not more clearly posting the warning labels on the bottle. But food at the grocery store doesn’t come with a warning label that products or ingredients in the products were grown with the herbicide. The only way to avoid the product as much as possible is to buy organic foods.

Aside from the horrifying reality of glycosphate, additional studies have shown that organic foods have more nutrient density than their conventionally grown counterparts. This is mostly due traditional farming methods being more commonly practiced in an organic setting which retains richer soil quality, which in turn produces more nutrient dense foods.

Individuals with food allergies often see said allergies go away once switching to an organic diet, as the food allergies are usually connected to the chemical residues on food rather than the actual food itself. And then course there is always the environmental factor, run off from pesticides and herbicides damage not only local environments but those in the run off path as well. Migratory animals are cut off from traditional patterns and natural environments destroyed for large conventional grow operations.

As I mentioned before switching to organic can be quite the sticker shock. But there are ways to reduce the cost and still reap some if not all benefit from it.

I hope this helps clear up some questions you may have had about why eating organic food matters. And how you can implement some small practices in your daily life down your journey to make different choices in how your food is sourced as well as practicing preventative wellness care.