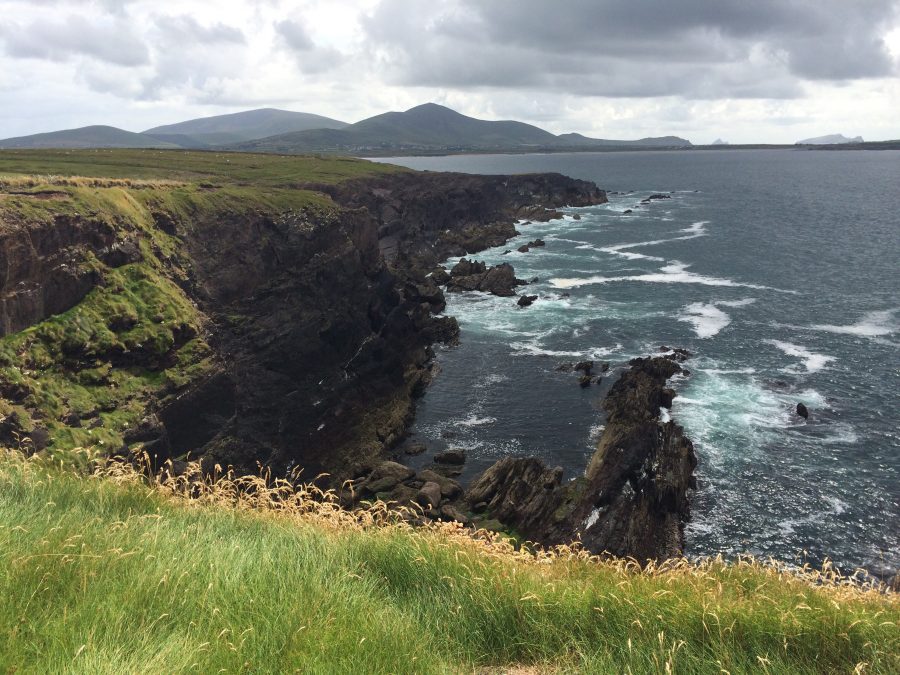 The last full day of my trip, was also my last chance to hike again. I was fretting over the decision quite a bit. I had my blister pads, I had my new walking shoes. I packed my hiking boots in case of emergency. I read the directions, checked the route a million times and the weather. If all went right I could do it without causing more damage. If it went wrong, I could call for a pick up. I chose to hike. 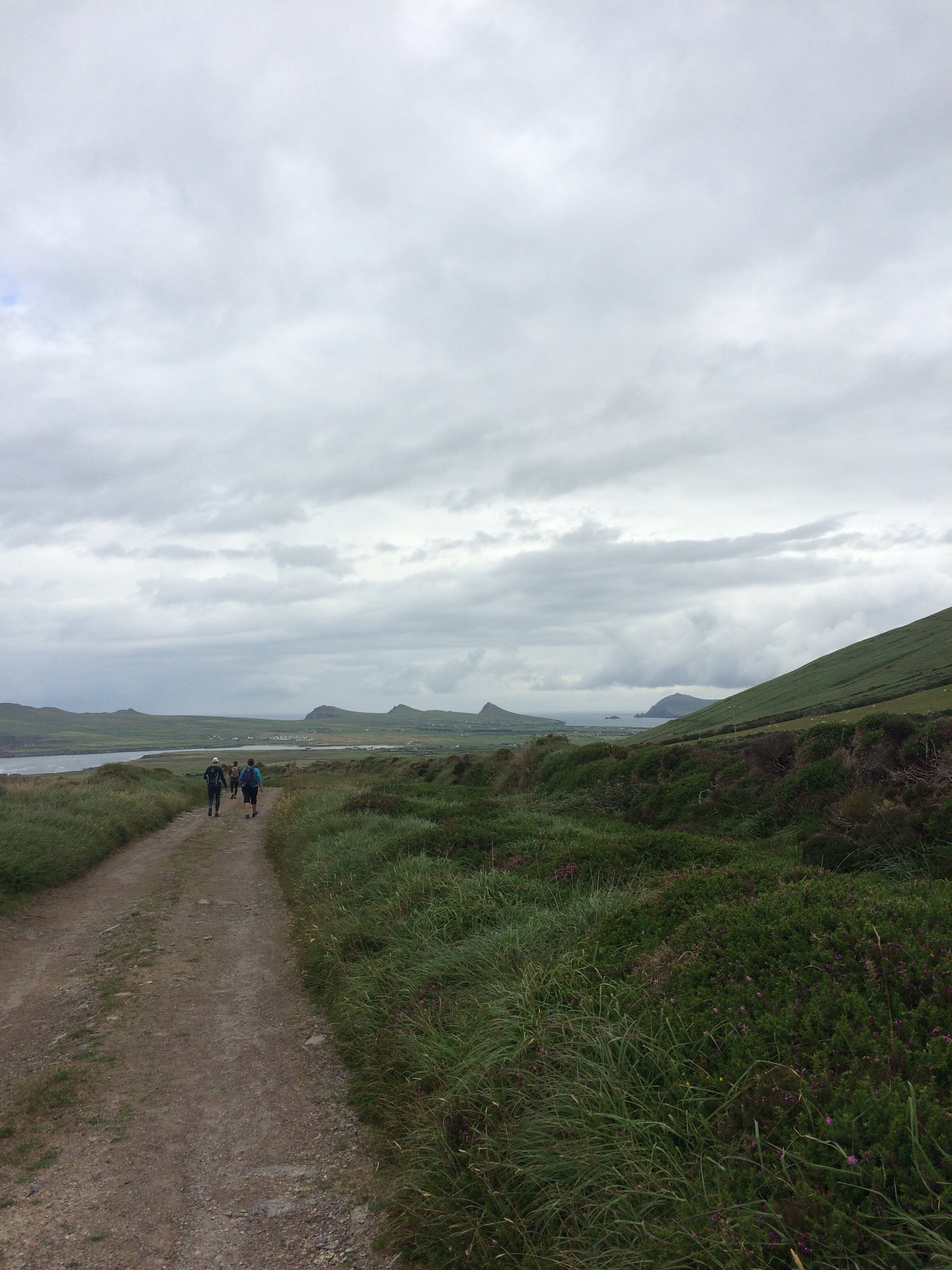 I am very glad that I did, though it was still tough and I kept checking my feet every time we stopped. We hiked from Dunquin over a small hill and wound up overlooking where I had toured the day before. We even walked some of the same roads. It was pretty neat knowing what I knew from the tour of the area and having the slower pace to walk through and see it all again. 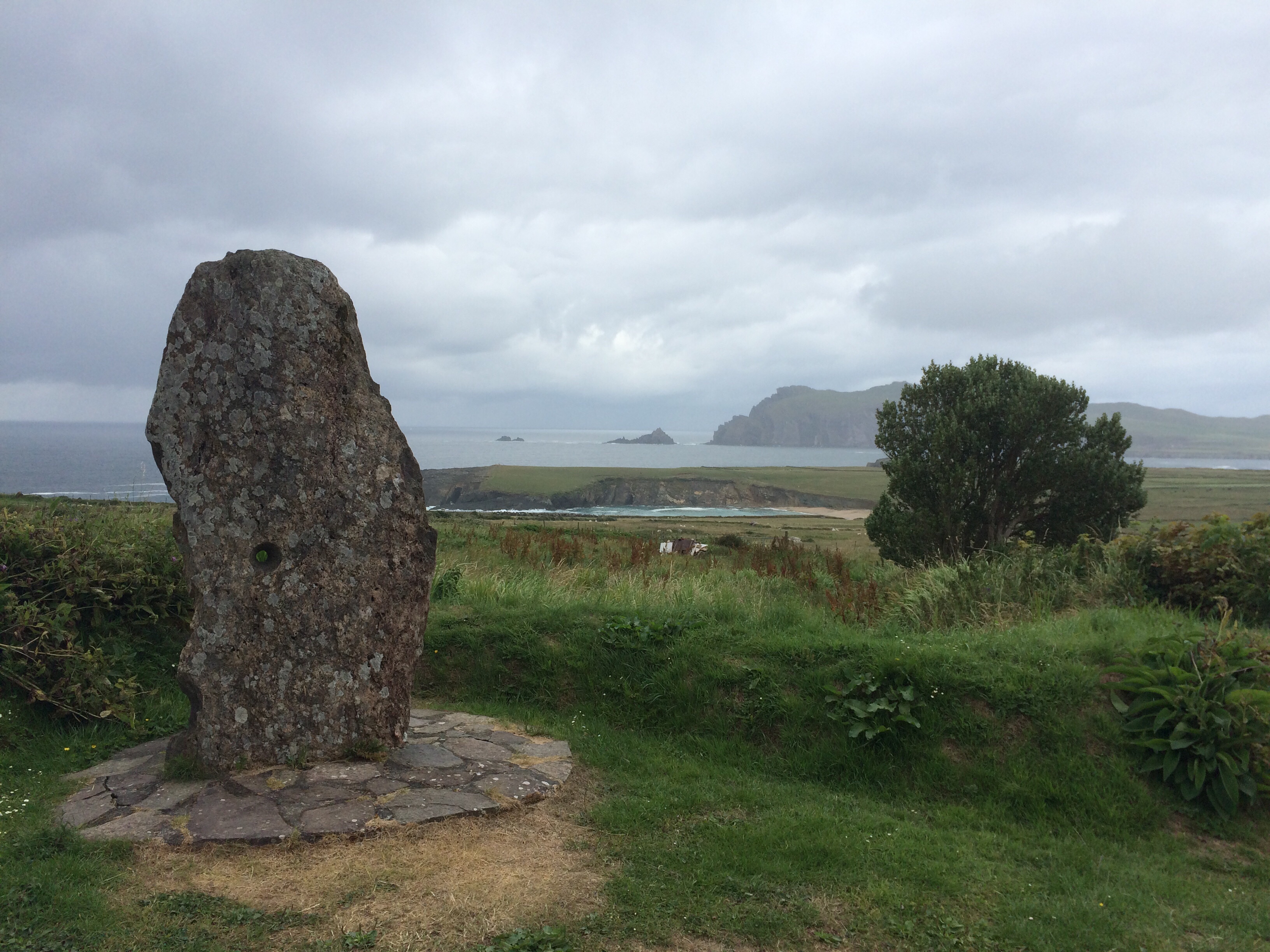 The route was flat after that first hill, thank goodness. And it did end up raining a bit but not enough to force me to change my shoes. The low land coastal scenery made this leg of the hike my favorite by far. 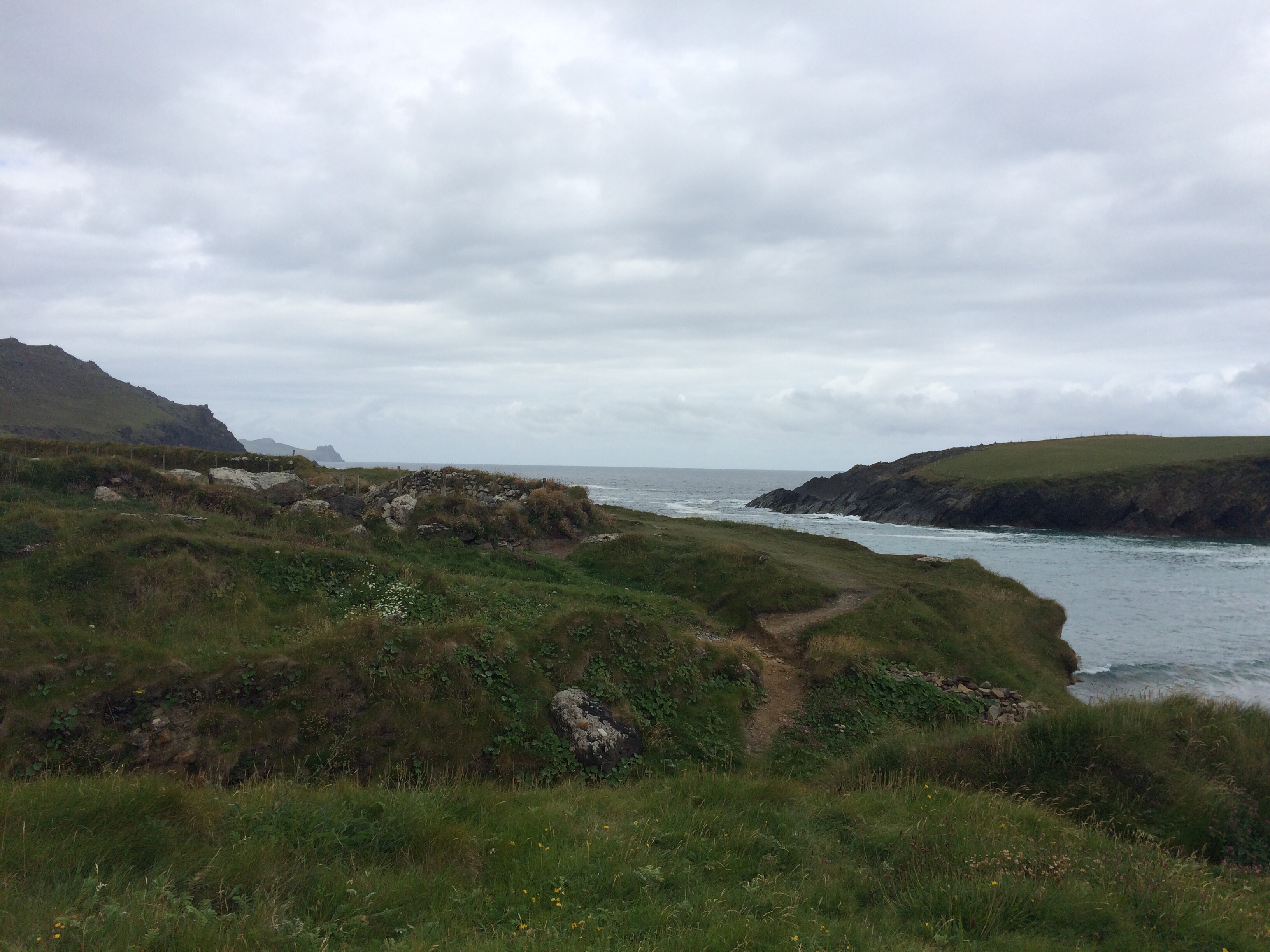 The winding trails along the cliffs and the cool ocean air was so pleasant. Being able to hike between houses and farms on small dirt paths made it feel like something out of a movie. Which it was, both Ryan’s Daughter and Far and Away were filmed in the Dunquin area. 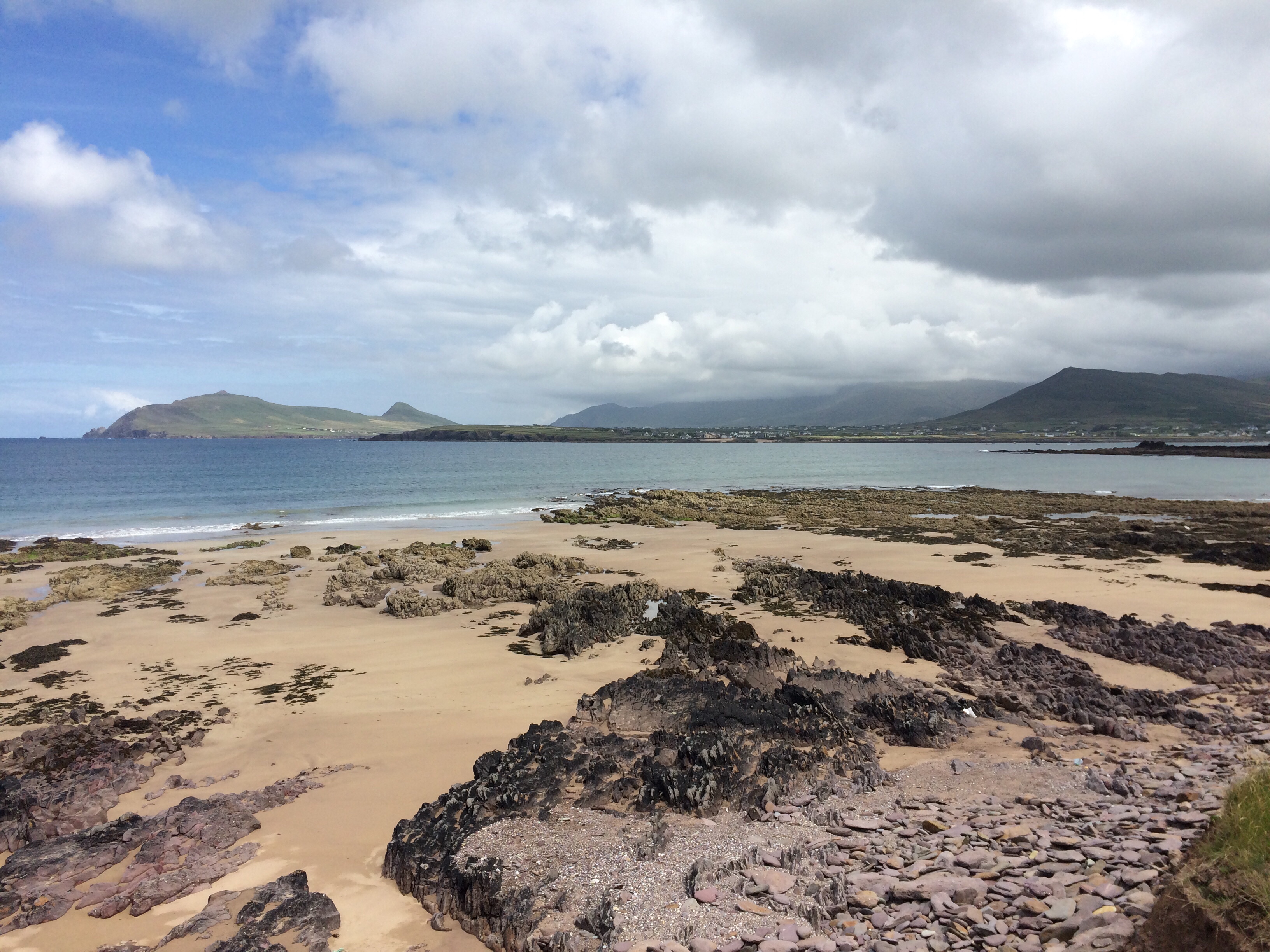 We stopped for lunch when we hit the beach for the first time. Resting and eating our sandwiches (pronounced sang-which among the locals) from Gleeann Dearg. We saw the other groups that had stayed at our guest house pass us. And then we picked ourselves up from our cozy grassy knoll and carried on down the beach. At one point when we got closer to Murreagh Village we saw a group racing rather large horses on the beach. I would guess it was a part of this Seaview Equestrian group, however having not stopped to ask I cannot say for sure. 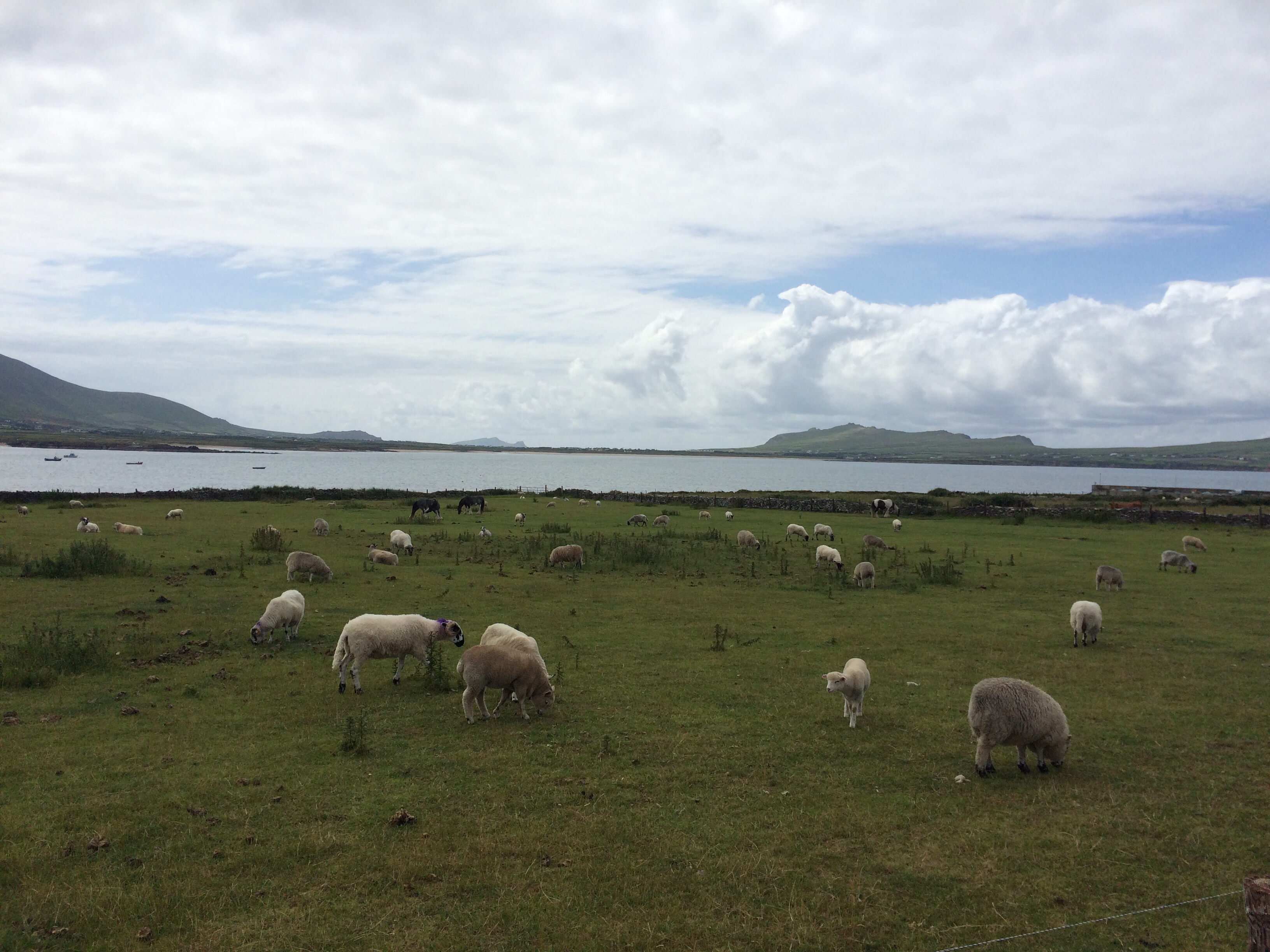 We walked off the beach and into the village. Stopping for pints for some, bathroom and assessing the rest of the day for me, at the local pub and ice cream from a local shop down the road. Everything seemed to be holding up alright for me, so despite still be anxious about any of this being a good idea I trudged on. 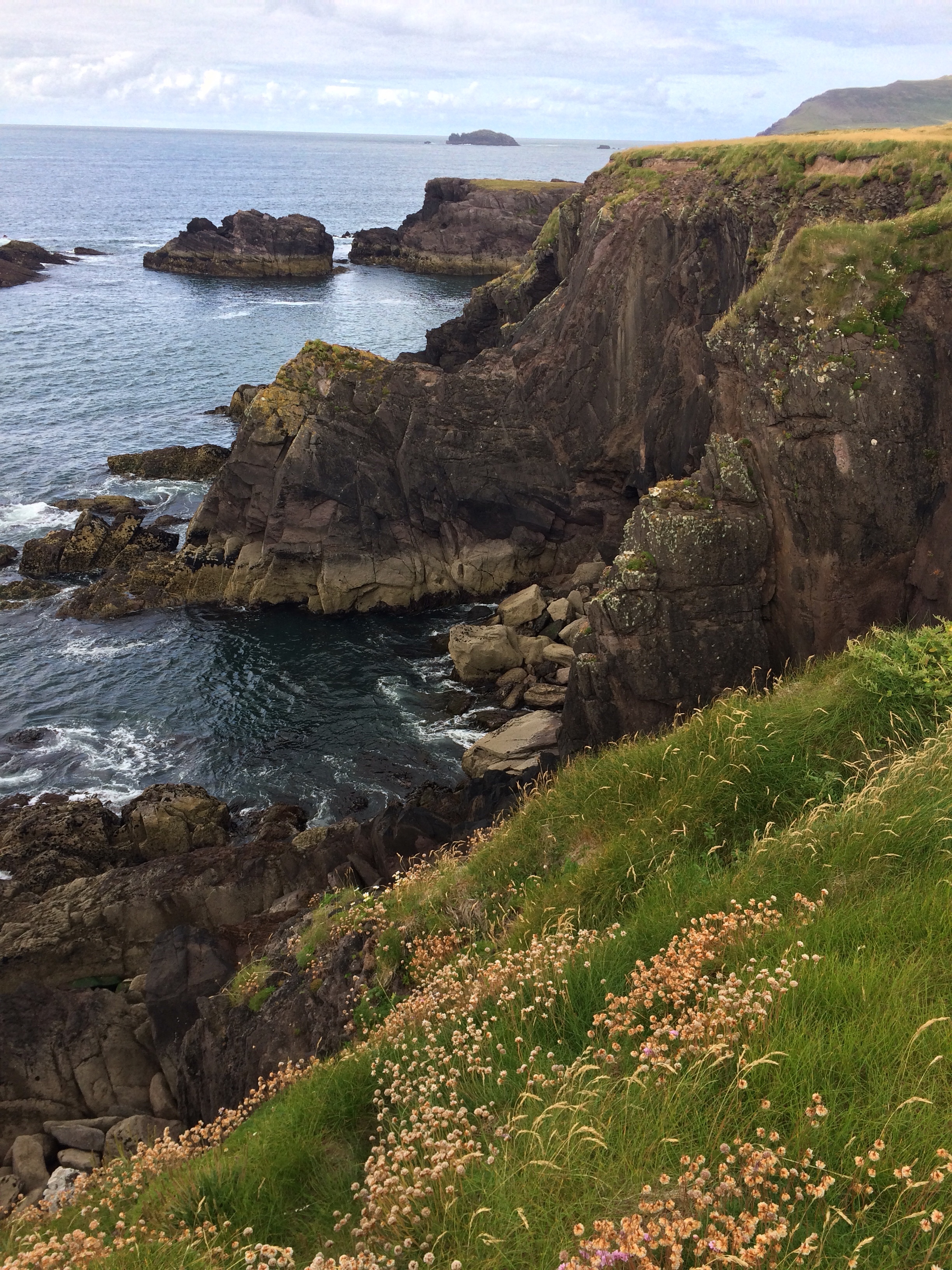 And it is a good thing I did because immediately following our break we hit the cliffs and they were nothing short of amazing. I could have sat here all day but we had to walk on. After the cliffs we turned inland on some roads near Baile na nGall (prior to the 2003 Official Languages Act it was known as Ballydavid) and crossed a few cow fields. There was a patch that would have been pure sludge but because of the recent dry weather it was not. Thank goodness. Then past a small river and to our inn for the night in at the An Bothar Pub and Guesthouse which is right near Shanacill, though the address appears to be Caus. However neither show up online as official towns, just blips on the map. 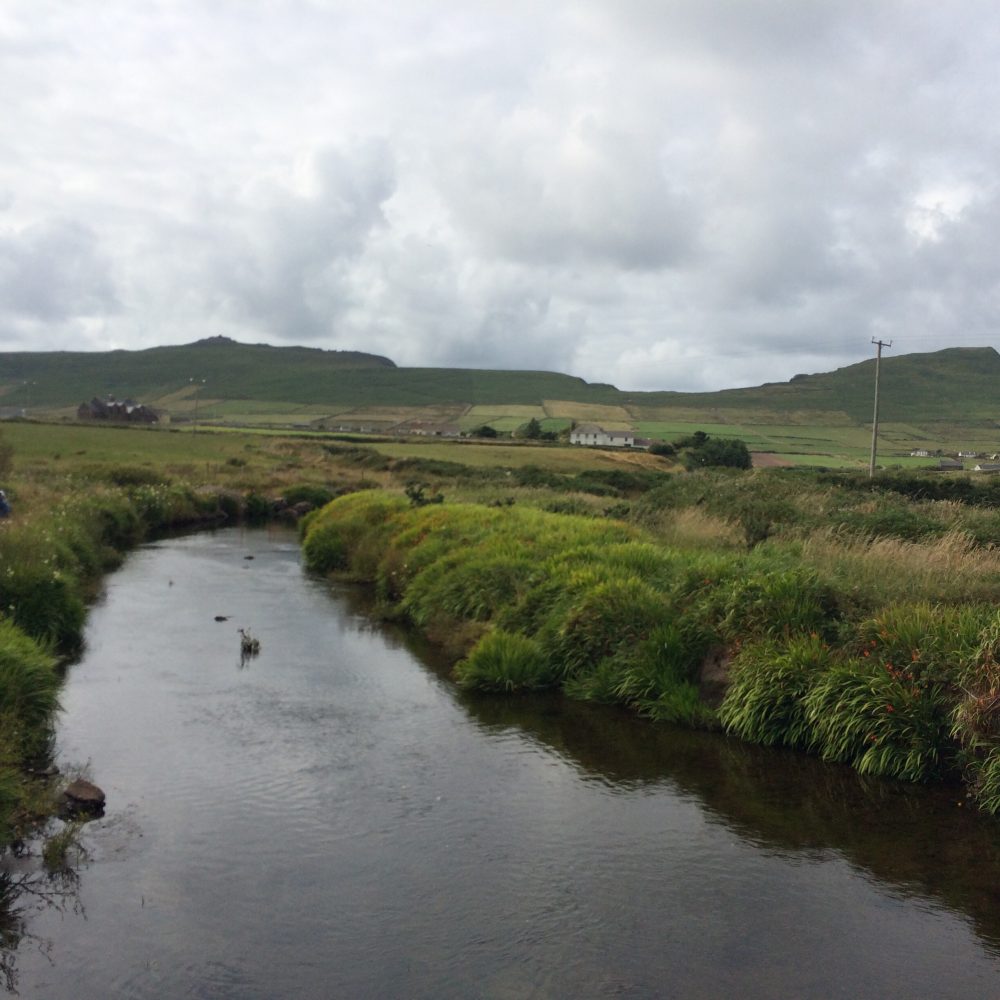