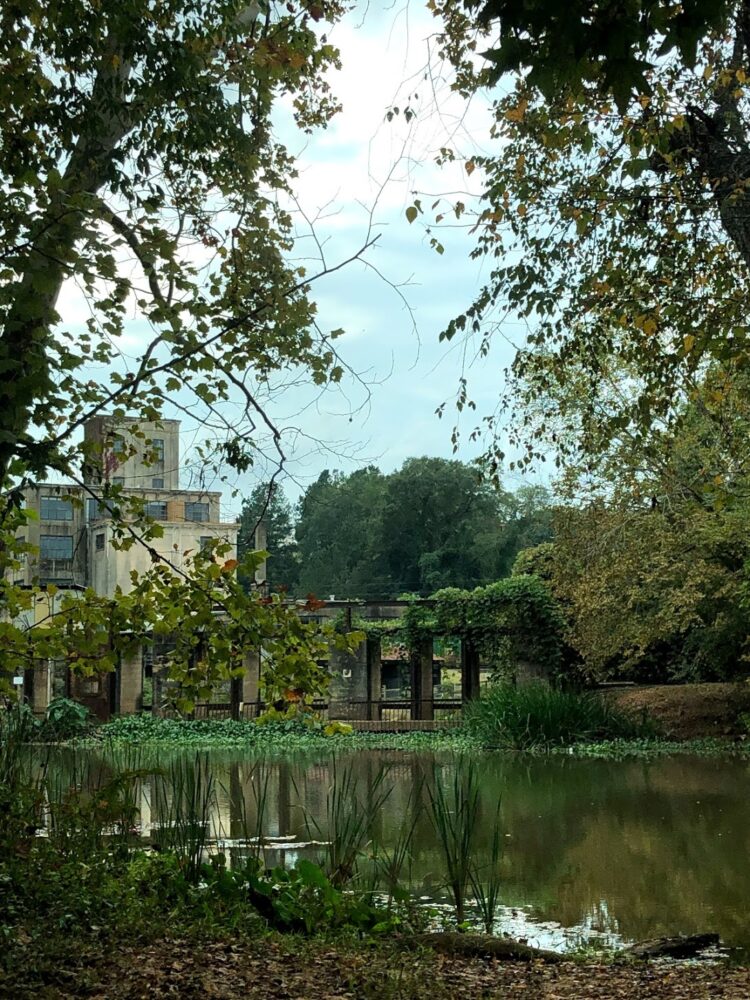 I do not have a cousin named Vinny. But the movie My Cousin Vinny is a family favorite. So when I found myself at the end of road trip just outside of Atlanta I knew it was time to make a few special pit stops to visit some real life film locations. An added bonus was that the filming locations for the movie My Cousin Vinny are rather close to filming locations for Friend Green Tomatoes and the Whistle Stop Café. So I got to see some of both. 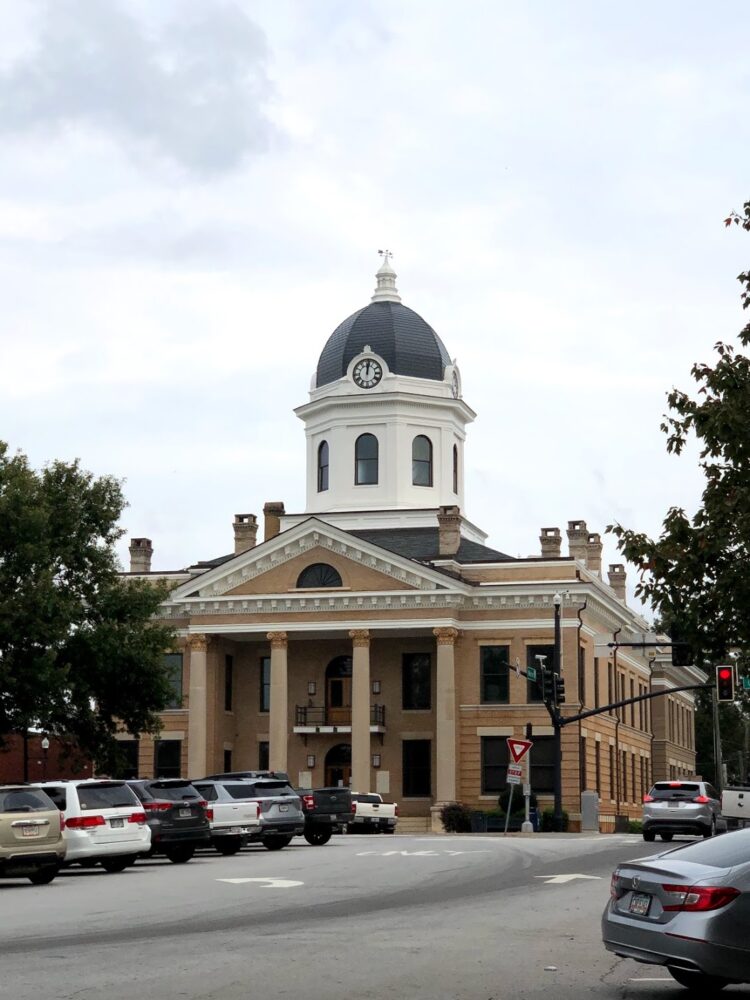 The majority of the downtown and courthouse scene in My Cousin Vinny were filmed in Monticello Georgia about an hour south east of Atlanta. It is a quaint little town with a giant court house. The downtown is essentially  four streets that form a square around a central park. The small but bustling little town is full of coffee shops, restaurants and boutiques. We were on a bit of a warp speed self guided to tour so we didn’t make any pop-ins to the shops, but it was darling in that beautiful worn slightly sleepy way of the south that I adore so much. 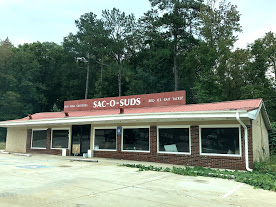 We also cruised by the building that was used as the crime scene in the film, a sadly abandoned roadside store front that still sports the original signage for the “Sac-O-Suds”. I think I was told that after filming it had tried its hand at a market and bait shop but given its location never did very well and sits being slowly devoured by kudzu like most empty buildings in the south.  Also I have no idea why this picture is so small, it was taken with all the same settings as the others. Technology is not always my friend. If you would like to do a drive by it is located at 54 GA-16, Monticello, GA 31064. Hopefully when you visit new life has been given to the building. 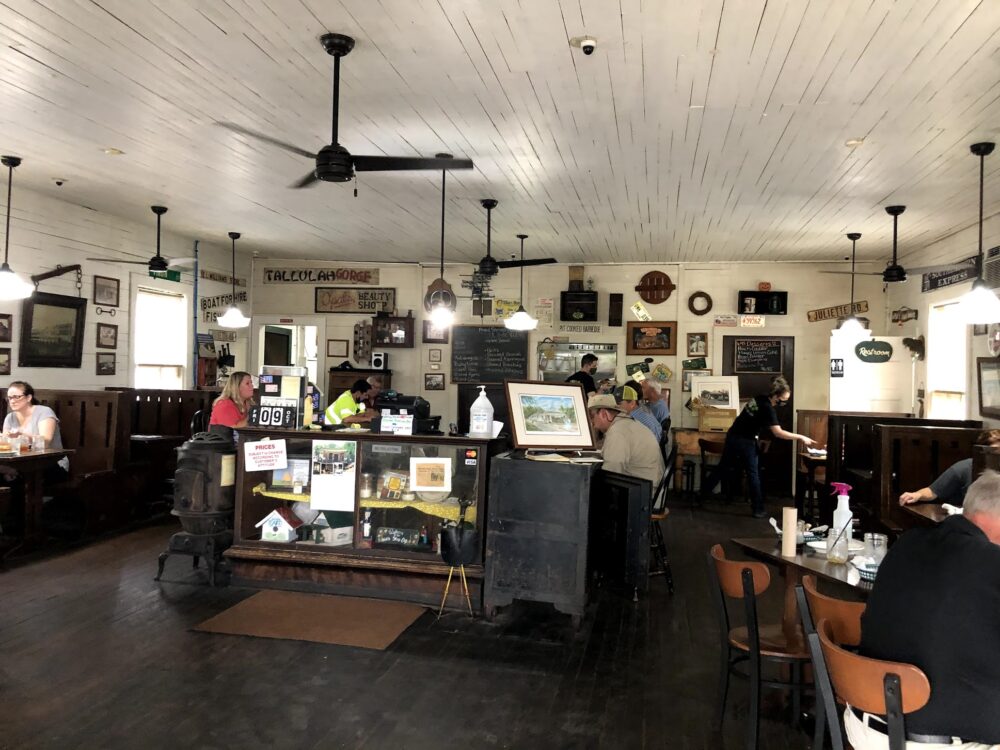 Our next stop was Juliette which is only a 20 min drive from Monticello and the filming location of the majority of Fried Green Tomatoes. The unincorporated community was named after Juliette McCracken daughter of a local railroad engineer. The railroad passes straight through the area and right past an old cotton mill along the Ocmulgee river. The film set was left and the buildings are now used for stores and a small museum for tourists. The café that was build for the film operates as a café and is quite busy. It was going to be a two hour wait for to go food, even longer for dine in. So we did neither, but I did sneak in and take a picture. It still looks just like it did in the movie. After taking a spin around town I considered breaking into the abandoned mill until I saw a slightly creepy van parked inside the fence. So instead we opted to go up river a bit to the park and boat launch to get some pictures from the other side. There is nothing like an abandoned building. 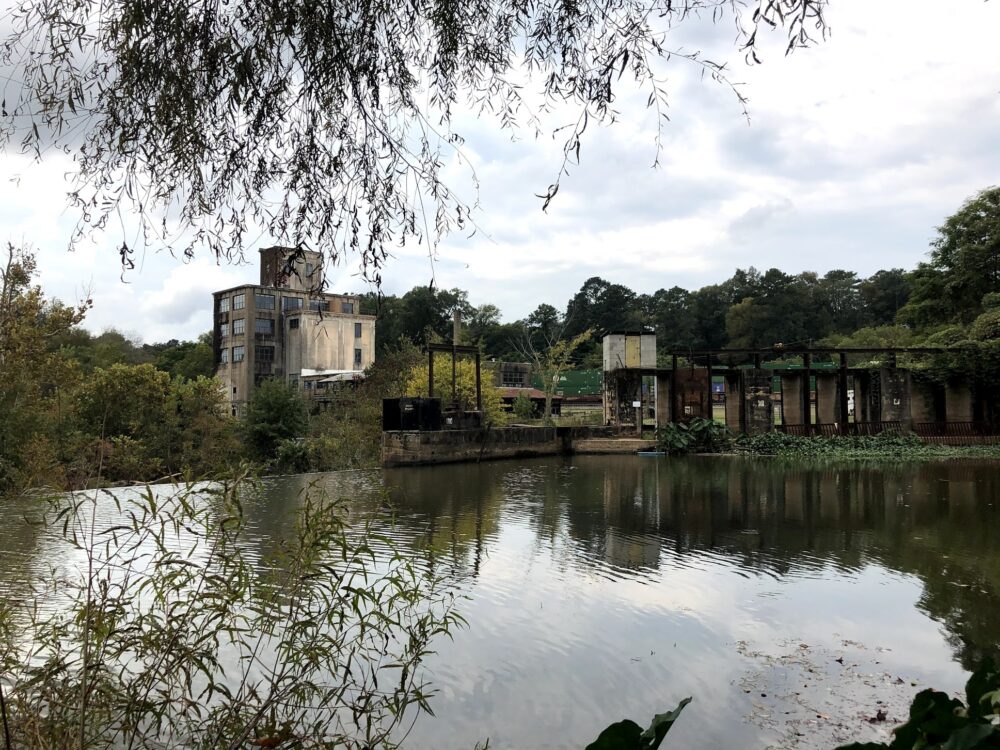 That in a nutshell was my quick little tour of film sites in the area. Happy hunting if you ever find yourself in the area used for My Cousin Vinny.